Although we try to keep abreast of all the new rooms and experiences that keep popping up around the UK, sometimes something slips under our radar. Therefore we were delighted when Riddlr Bristol contacted us to introduce their latest horror theme room - Seance. Within a few minutes of talking, we were booked in for the next available slot and went along to see if we could summon the dead.

Once we arrived in the large and welcoming lobby, we had the story and the details of the game explained, and before we had chance to cross ourselves for luck, we were locked in the room to start our first quest.

The gameplay was very linear, as each clue or puzzle led us to the next problem to be solved. The puzzles themselves were a great mix of physical as well as mental, and the physical nature of moving things or putting things in certain orders, felt quite organic (there's nothing worse than a room full of padlocks instead of practical effects) and a lot of these involved maglocks and proximity sensors.

The linear nature of the puzzles also meant that clues could be delivered via pre-recorded segments, via a magic mirror on the wall. Although the numbered clues hinted to the next puzzle to solve, we were left to chose if we wanted a clue or not, and generally worked out most puzzles for ourselves. The delivery of the clues was completely in keeping with the theming of the haunted room and didn't break the atmosphere by having a gamemaster's voice or a typed message on a screen.

Of course - in a room called Seance , and with the warnings on the website, we knew we wouldn't be safe in the room and all manner of effects, lighting, noises etc kept us on our toes throughout. Especially one moment when this reviewer genuinely thought he had just blown up the fuse box!

Due to an error on our part in the darkness (yeah you try doing all this with just one torch!), we lost over 10 minutes on one puzzle, so when we finally realised the problem, we had just under 5 minutes to escape. With time against us, our last few puzzles were done with renewed vigour at a breathless pace, and amazingly, we managed to escape with just over a minute to go!

All in - we had a real blast in Seance. Once inside, the room was suitably atmospheric and we loved the mix of scares, puzzles and contraptions. We're still annoyed with ourselves with the time we wasted but glad we visited (and escaped) this really fun room! 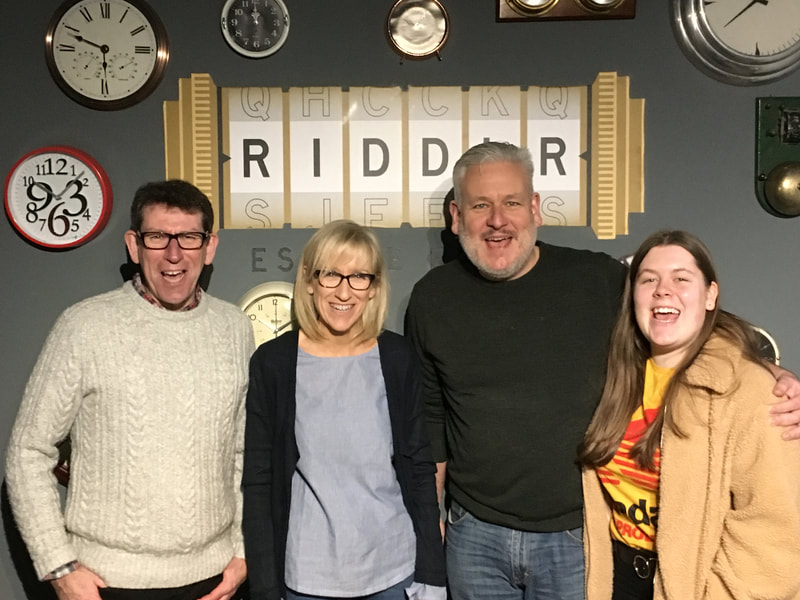