When Screamland was first announced we made sure it was included in our Halloween itinerary. As such we were devastated, when we found out that the operating dates had changed and the whole event would be closed on the day we would be in Margate. There was nothing we could do about it as we couldn't rearrange our travels but we were able to send someone along on press night (and that full review is below).

But amazingly, the management of Dreamland wanted us to see it for ourselves. So on a quiet and dark Wednesday night, they did the unthinkable - they called in all their actors to put on a one off special performance - just for the 5 of us.  It was quite surreal to know that all these people had come in just for us and the pressure was on. What if we didn't like it? How would we tell them? Fortunately for everyone involved, we needn't have worried  as we absolutely loved every aspect of the show that we saw. Granted we didn't get the full Screamland experience with roaming characters or the scare zone, but we were treated to the main three mazes:

First off was Festinos Forgotten Funhouse, which has to the the best circus themed attraction of 2015.  From beginning to end, the show was a mix of theatrical performances, some great jump scares and some risque humour. Not sure what it is that seems to attract bearded ladies to us, but her scene was suitably rude and hysterical. We laughed and screamed so many times in this maze and the big finale was a really clever touch that left us desperately searching for the door.

The next two attractions are quite bizarrely linked together meaning that you have to complete Final Cut before you can enter Dead and Breakfast. With no one else in the park we just walked from one to the next without a break but we can imagine a small queue would allow people to take a breather in between. Fortunately the two shows are completely different in theme so even when visited in short succession - it is clear that the old attraction has ended and a new story is ahead.

Set in an abandoned cinema, The Final Cut gave us the chance to actually step into an old black and white horror movie and the transition through the screen was a great trick in an already impressive maze. Once on the other side we were treated to some great scares from classic horror characters - this was certainly the first time we have seen the creepy Nosferatu in an attraction. The actors were really lively throughout and the whole show was a great mix of theatrics and scares.

Dead and Breakfast started with a chat with the impressive Fag Ash Lil. Her comical banter really set up the story of a dodgy B&B during the time of the blitz. From there on in, we were stalked mercilessly by gas masked creatures as well as the crazy residents of the B&B. In the background we could hear the bombs dropping and the bunker inspired finale was a great way to end the show. During our visit we were in awe at the level of detail in the theming throughout and it is clear that a very talented bunch of set designers had toiled for hours. Add in the lively actors, and inspired story this really was one of the most impressive mazes we visited this Halloween.

Having done all their mazes, it is clear now why Dreamland went to the effort to open these attractions just for the 5 of us. They are obviously extremely proud of what they have created and justifiably so! All three mazes were outstanding with incredible design and an extremely talented cast. Its hard to believe that this is only their first year as an event and if the park continues at this level, then Margate will be a must do location for every scare attraction fan!

Dreamland, in Margate is a classic seaside amusement park that has recently re-opened after years of abuse and neglect. The whole park is very retro themed and includes some classic attractions including the Scenic Railway - the UK's oldest roller coaster. Despite the park being very retro and old fashioned, their Halloween event is anything but, and with the help of Atmosfear! Scare Entertainment, the team have created a brand new Halloween destination - Screamland.

The Screamland event has a whole range of spooky family entertainment across the park, but it was the four main attractions that we were looking forward to the most:

The Final Cut is themed to an old fashioned 1940s cinema and the first thing that struck us was the attention to detail in the theming. The show included several theatrical scenes that were brilliantly acted throughout, with the ushers, popcorn boy etc keeping us interested and wanting to explore more. The transition "into" the Silver Screen was a really impressive touch and once inside, we were faced with a number of horror characters from classic movies. Despite some entertaining scenes, we did worry that a modern audience raised on more violent horror, might wonder who these iconic characters were, but as movie buffs we loved it!

As we passed through the end of Final Cut we transitioned directly into the other big scare maze - Dead and Breakfast. At the start of this maze we were greeted by a brilliant performance from the receptionist that really set up the whole experience. Once inside, the maze was a visual feast, with lavish scenery being the order of the day including impressive setpieces such as the lift and an air raid shelter. The acting was as theatrical as the sets, and combined to make a really immersive performance that entertained us from beginning to end.

Next up, we visited the Big Top to see Festino's Forgotten Funhouse. This Circus freak show included all the old favourites from the two headed woman through to a Merman. The sets and visuals were once again really impressive and along with the character performances, created a really entertaining attraction that had us laughing from beginning to end.

The final attraction, Abramacabre, was a Mirror Maze which included some very clever visuals and an effective jump as the wild escaped rabbit finally made his appearance!

We really enjoyed ourselves in all four attractions and were blown away by the level of theming and immersion each individual attraction created. The mazes were clearly not designed to be completely terrifying and we felt that this approach works well with the family audience that Dreamland are cultivating. We left the event thoroughly entertained and would definitely recommend it! 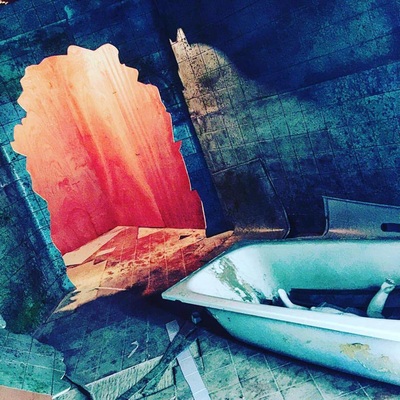 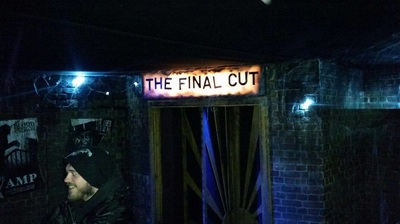 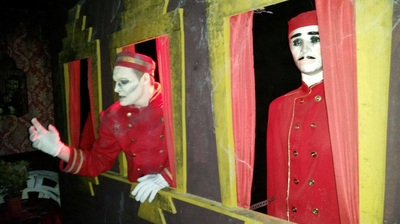 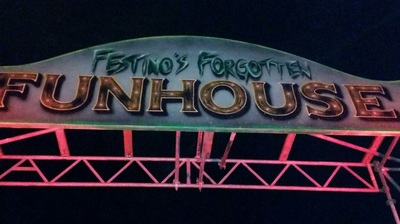 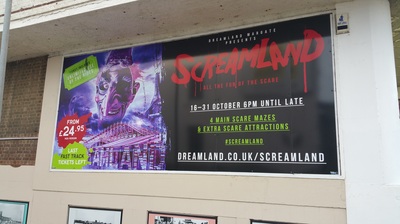 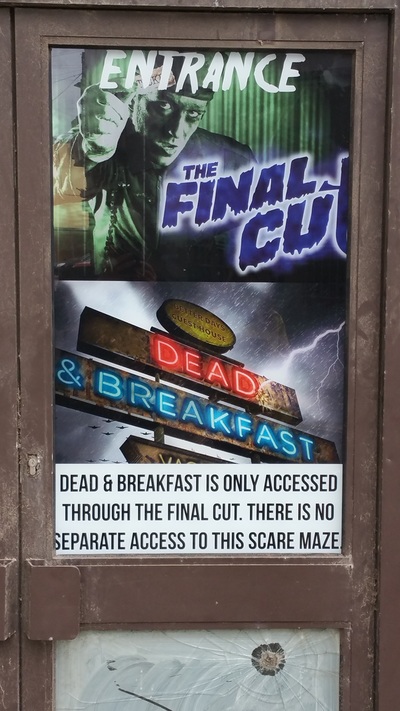 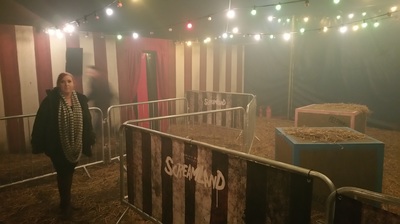 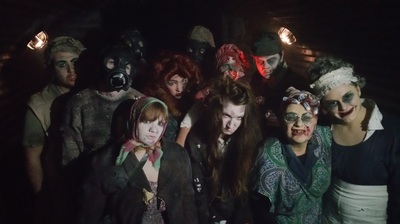 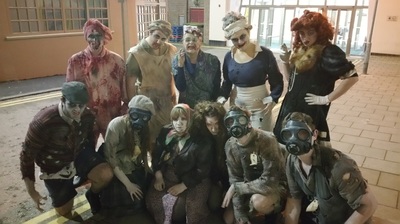 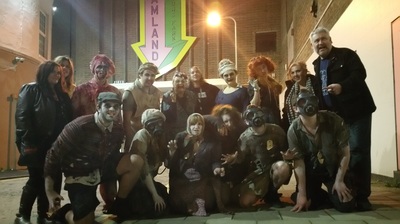 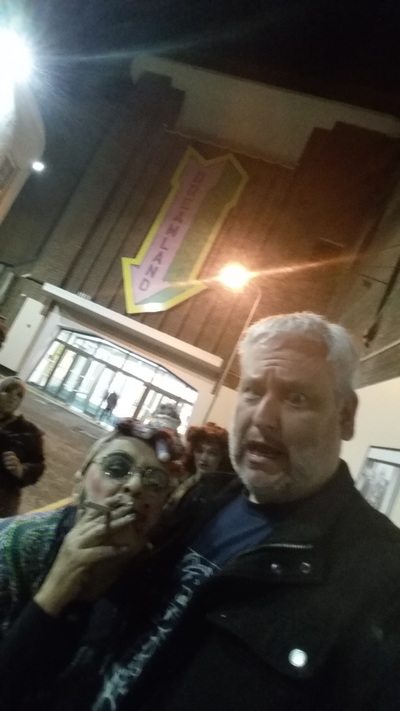 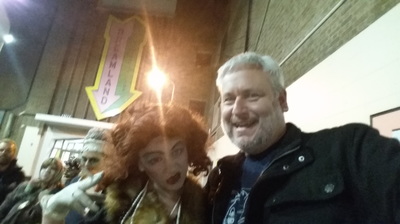 Very scary - Thoughly enjoyed the expirence. The whole concept was very good and very well thought out. The interation with the actors was fantastic and the actors were brilliant and very very convincing. I loved it and will be returning to Screamland 2016. I will be recommending friends and family to Dreamland/Sctreamland.