Screamfest Burton is a scare park that grows year on year, especially with the introduction of Slasher in 2012, which catapulted the park onto the main scare scene. Andy Porter along with the team at National Forest Adventure Farm have worked hard each year to bring more scares to the event and this year sees 2 brand new mazes, taking their full line up to an impressive 5 attractions.

The Night Bringer is Screamfest's main new attraction for 2015. With very little given away from the plain white exterior, we were anxious to get inside this ‘Demonology Research Facility’. We were ushered into the first test room and learned the facility is built above the burial ground of a Witch who is now feeding on the lab's energy. Then all chaos ensues. After a smart opening scene we had to find our way out of the self-destructing facility and, with the power failing, we entered pitch black corridors. This attraction uses a very smart stop/start technique which is easily explained through the use of TVs, signs and lights. The action that plays out on the TV screens appears as a live feed whilst action unfolds in front of us. Night Bringer is a very ambitious maze with elements we haven’t seen used before. The impact of scares in each scene
along with the lighting and sound make for a fantastic addition to the park.

Freak Out is the second new attraction for 2015 and is a clown maze with a difference. This brightly lit, wacky attraction brings just as many laughs as scares. With no direct route the group can split up depending on which path you wish to take. There’s even a door for boys and a door for girls! Each door takes you into a disorientating curtains maze with some extremely lively and funny clowns. This maze is probably the least scary of the event but by far the most fun. With some great impact scares along with some funny moments, (specifically from the female clown in the first room) we were laughing and screaming throughout our entire journey through this twisted fun house.

Nocturnal returns for its third season at Screamfest. Upon joining the queue to the attraction we noticed a big change to the entrance of the maze. Gone are the dancers enticing you to visit the ‘club’ but instead Nocturnal has its own resident DJ! Although it was something we have never seen before at a scare attraction, the gimmick did create a buzzing party atmosphere in the queue line luring the audience into a false sense of security. The maze remains relatively unchanged to previous years but is always a great attraction - the cage opening scene still gets us every time!

Soulseekers is now also in its third year of operation at Screamfest. Each year we visit we are amazed by the attention to detail within this beautifully themed attraction. The actors worked the space well specifically in the impressive opening scene. The group were then split up to wander the corridors of this haunted hotel, encountering some great impact scares along the way. Unfortunately the disorientating final scene fell flat during our experience as we entered the finale we walked effortlessly out the exit as opposed to previous years where we were forced to circuit with finale scene multiple times before being allowed to escape. Soulseekers is a great attraction, it was just a shame the finale (at least on our run through) was cut short.

The parks trailer ride / corn maze returns with its Children of the Corn theme. This year’s attraction however felt much more rehearsed and solid than previous years. New scenery and buildings within the corn field gave the actors more tools to create a great spooky atmosphere and deliver some very impressive jump scares. The man in a dress gave us one of our biggest frights of the night! Unfortunately similarly to last year, nothing happened whilst on the trailer and it was purely a means of transport. We feel a few scares during our journey would make the overall experience more enjoyable. That being said, the corn area of the maze stepped up its game this year. Without giving too much away, the finale uses a very clever trick that we all fell for whilst we all ran for the exit!

Screamfest's success over the years has grown immensely and this is evident by the addition of a 5th attraction. The park now offers a wider range of scares with each maze providing something different. With the addition of live entertainment from SDR Entertainment performing their sick and twisted circus tricks, the park is definitely a complete Halloween destination, not be missed this year! 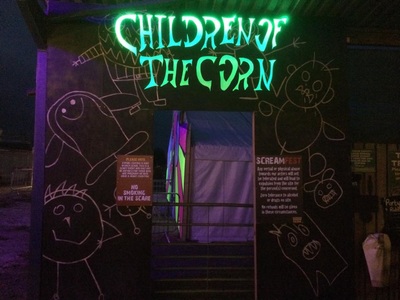 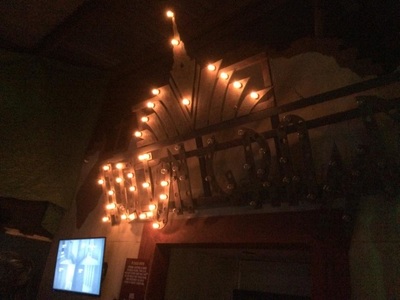 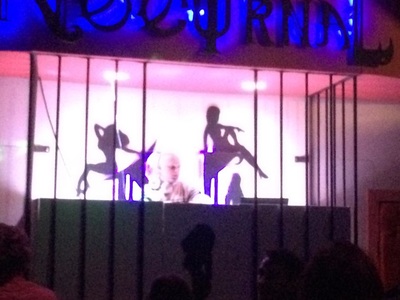 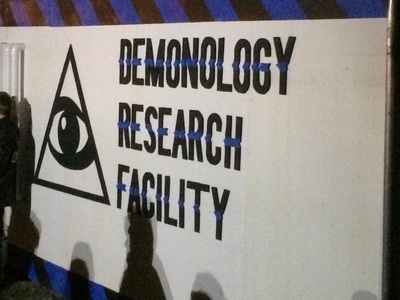 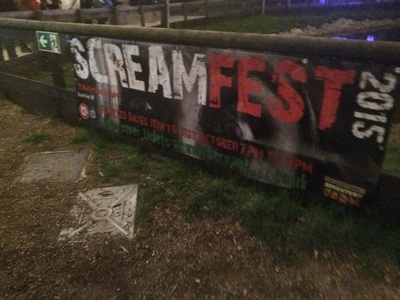 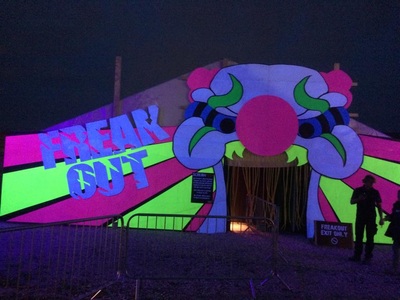 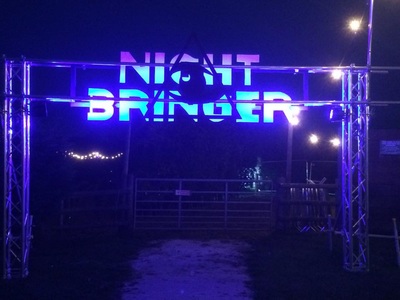