​After a year’s delay, due to the pandemic, Scream Camp has finally returned to Higher Counthill Farm in Oldham. Having won a SCAR award with the 2019 event, we were eager to get back to the overnight horror experience to see what updates the team had made. Could Scream Camp improve on what was an already impressive attraction?

As you can imagine, Scream Camp is quite different from your standard scare attraction. This is an overnight horror camping experience, combining intense scares, raucous laughter and phobia inducing tasks. Guests are kept entertained throughout the night with plenty of humour and camp games, all whilst waiting to be kidnapped and dragged off to one of the many terrifying activities. If you are hoping for a good night’s sleep, you’re in the wrong place. There’s absolutely no time for a breather and you are either screaming for your life or laughing your head off at one of the crude campfire activities!

It’s this light-hearted playfulness that makes Scream Camp stand out. The creators have upped the ante this year, by introducing the infamous Evil Twins, whose lewd jokes and infectious energy bring new life to the camp. Combined with the already entertaining duo of Lola and Tracey, this year the campsite really is one of the highlights of the event.

Whilst the night starts off calmly enough, it’s not long before the sound of chainsaws pierces the night sky and chaos descends upon the camp. We were left cowering in our tents, thanks to the sheer intensity of the acting crew. They are more than happy to get right up in your face and get hands on. This is a full contact event, with plenty of interaction between you and the troupe of serial killers throughout the evening. We had more than our fair share of scares before the night was over, with the event being noticeably more terrifying than 2019.

That’s what lies at the heart of Scream Camp. It’s all about having fun and facing your fears. Given the fact that you’re placed onto competing sides, there’s a real team spirit that builds up in the camp with each side cheering each other on. Inevitably, this ends up with everybody doing increasingly hilarious things towards the end of the evening to get bonus points. Once the tasks are over and the annual Scream Camp dance off has concluded the votes are tallied, the winner is announced, and campers are finally sent home to have some well-earned rest.

Given how strong their 2019 show was, we didn’t feel there was much room for improvement. But how wrong we were! The creative team have laboured away during their break. They’ve added in a whole roster of new tasks and challenges which are as psychologically scary as they are entertaining. Alongside this the pacing has been tightened leaving no dull moments on camp. With the added humour from the Evil Twins and Lola and Tracey being as hilarious as ever, we were constantly entertained by the hysterical antics on camp.

Every aspect of the event felt polished and it was clear from the other attendees that this feeling was unanimous. The whole group seemed to be having the time of their lives, arriving back in camp giddy with excitement after each challenge. With that in mind, it’s easy for us to recommend Scream Camp as an event. Their talent for creating fun and innovative scares seems to increase with each attraction. Whatever the team comes up with next, we’re sure to pay them a visit.

If you ask most people what their ideal Saturday night would involve, the majority would answer - sitting in front of the TV with a good film and some nice cold brews. While we certainly appreciate the same, last Saturday our evening ended up somewhat differently! We visited an isolated farm in Oldham for a spot of camping. As you can imagine, this was no ordinary camping experience. While there were marshmallows and campfire games aplenty, there were also chainsaws, abductions and confined spaces to add a little fright to the evening.

Scream Camp is a new overnight scare camping experience near Manchester created by an independent team of passionate actors. Prior to the event, very little was revealed about what to expect. With warnings of sleepless nights and random attacks from killers throughout the evening, we arrived on site rather nervous about what was about to unfold.
​
The night started off gently, introducing us into the camp setting and building a really fun sense of banter between camp leaders and campers alike. There were dancing competitions, roasted marshmallows and icebreaker challenges to get us into the mood of things. However, it wasn’t long before we were herded into our tents and the scares truly began.

Our first encounter with the killers was sudden and had our hearts pounding! Our tents were savaged, with pure chaos being unleashed onto the camp. Little did we know this would be the closest we’d come to a traditional jump scare throughout the entire evening. Before long, the lead character “The Boss” invaded our tent and snatched us out into the open.

What followed left us speechless. We were not expecting the sheer volume of one on one scares that were present within our interactions with the killers. Each scene felt incredibly personal, with the scares being much more psychological in nature than we had anticipated. Scream Camp isn’t a traditional jump scare attraction, the scares are much more varied and creative. While there are no extreme elements to the event, it was definitely very hands on and intense. Some scenes, we dare say, pushed us to our limits in facing fears we didn’t think would ever be featured within a scare attraction. We won’t spoil anything, but claustrophobes and people with an aversion to heights may have issues completing some of these encounters.

After being thrown from task to task by the group of killers, we returned to camp for more fun and games. It was nice to have a contrast between scares and laughs. We must say the acting team on both sides kept us entertained throughout the entire evening. Lola and Tracey, the two camp leaders, were utterly fantastic. There wasn’t a single moment of downtime around the campfire. We were up all night playing games and having a jolly good time. The killers were just as impressive, holding an intimidating presence, with Boss, Blade, Shadow and Luna leaving us shaking in fear whenever they entered camp. We aren’t ashamed to admit, there were certainly times we tried to blend into the crowd to avoid being picked. Thankfully, our best attempts were foiled rather promptly.

As soon as it all began, the night drew to a close and everything culminated in an epic dance off. If that doesn’t summarise the light-hearted spirit that is at the centre of Scream Camp we don’t know what does.
We left the camp site absolutely buzzing with adrenaline. The whole evening had been a complete surprise. There was a lot of depth to the scares and the acting team had done a marvelous job of keeping us on our toes throughout the entire night. For an attraction that has only been running for 5 nights, Scream Camp was incredibly polished. Everyone around the camp seemed to be having just as much fun as we were, and the sentiments of those we went with echoed our own thoughts.

The only notes for improvement which we’d offer are that it would be nice to see more development from the plot of the killers. The one on one nature of the scare scenes would be perfect for building on the narrative. We’d certainly be up for more encounters with these already terrifying maniacs.

That leaves us with the question… Do we recommend Scream Camp? For that question the answer is a resounding YES! It’s a unique experience which offers scares suitable for those looking for something more intense, but nothing too extreme. 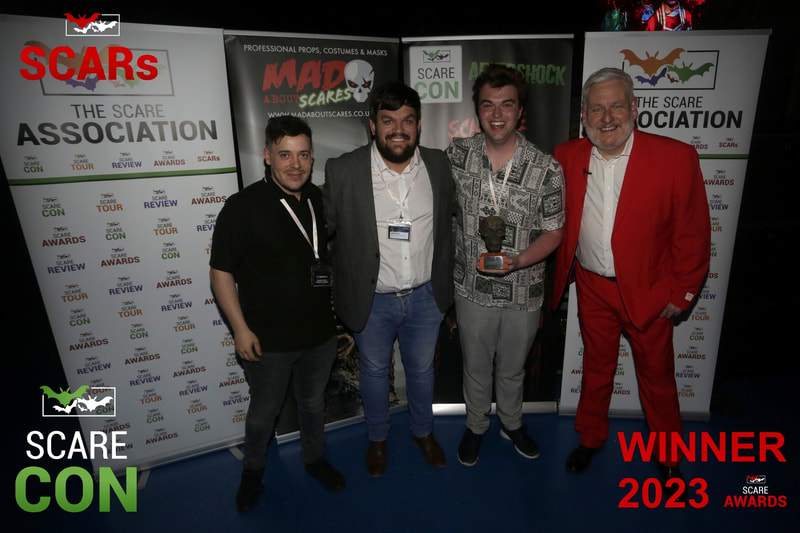 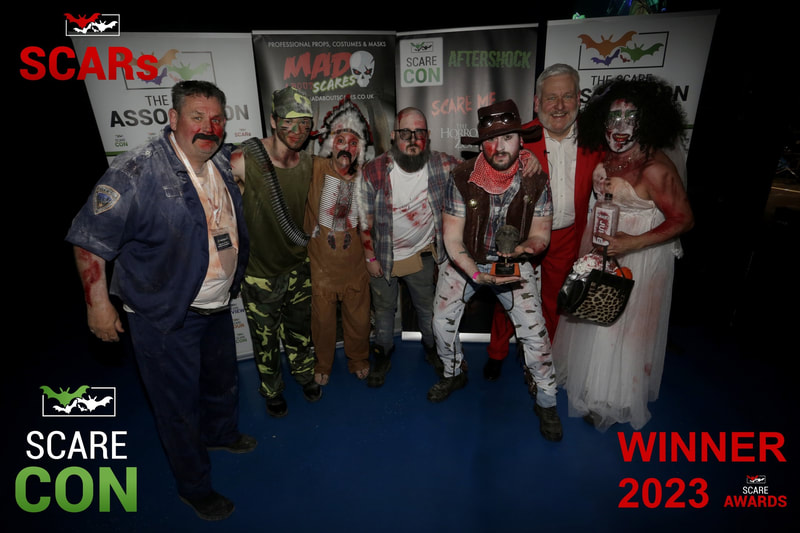 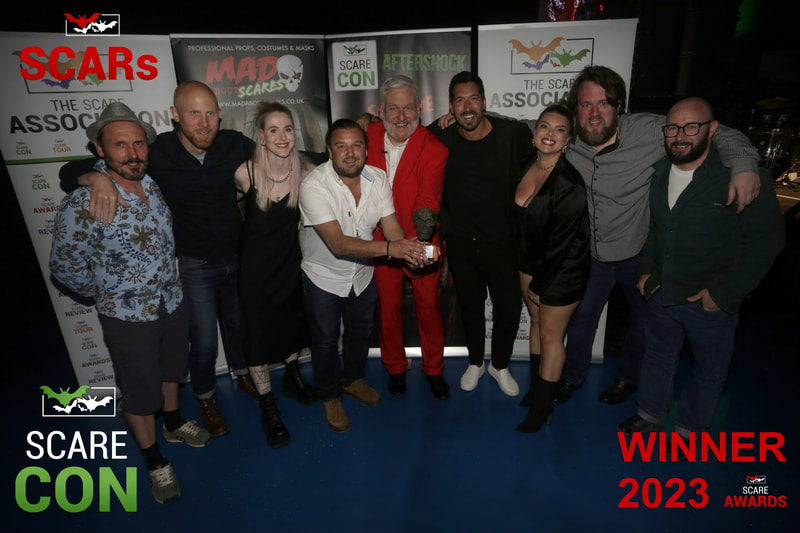