Resident Evil (RE) was the first scare attraction the team behind the Venue in Selby, North Yorkshire, had organised and hosted. Should we send a ScareTour reviewer and a self-confessed RE geek to have a look? Of course we should!

The Venue is a really nice looking, live music venue that seems very popular. Greeted at the door by RE cosplayer’s “The Dancing Derps” in their Umbrella Corporation security uniforms, we entered into the main room where about 40 guests were already seated. For a mere £10 you got access to Resident Evil, a drink and a plate of piping hot food. The team had taken the time to cover up anything that might relate to what the Venue is with various Umbrella Corp (the bad guys in RE) logos and signs and a display on their projector. We also received visitor passes and a briefing paper, all put together with obvious care and detail.

Various characters were roaming around, most with names and costumes associated with actual RE characters, and the night got under way with an on stage introduction from the Head of Virology.

It was thoroughly enjoyable but was marred by a few technical issues. At times we were unable to hear what was being said, there were some long pauses between scenes, and some scenarios were played out over walkie talkies that made it hard to hear. Perhaps if the main characters had some form of microphone, this would immediately capture the audience’s attention when characters spoke.

Once "evacuated" and after a small queue to get in, the maze itself was quite detailed and packed with a number of great zombies and scenery. A member of the Special Tactics & Rescue Squad (who were responding to the incident caused by Umbrella) guided us through, armed with an Airsoft gun to take down the zombies. At the end of the maze we were then back in the bar area where people were invited to stay for a drink and the team were busy getting people’s opinions and feedback.

We hope our points don’t appear too critical as we did enjoy ourselves and the atmosphere was extremely inviting and friendly. With Ian from the Venue announcing that night that there will be another event, Resident Evil: Nemesis, we hope that our review might be more “points to note” since it was clear so much effort had been put in by the team and just felt a shame not everybody knew what was going on. The night was a lot of fun, well worth the £10 cost and we’re keen to see how the mutated menace Nemesis is portrayed.

Like a victim of the Umbrella Corporations testing, we will be back! 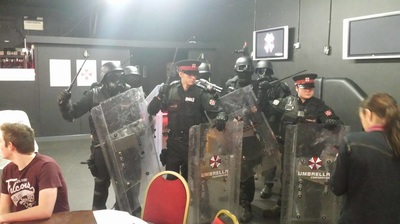 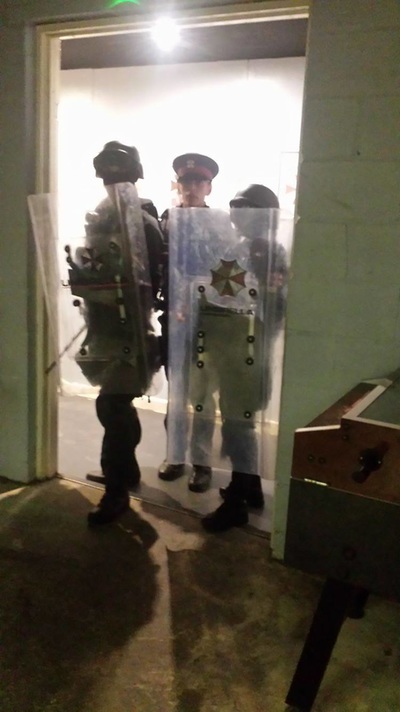 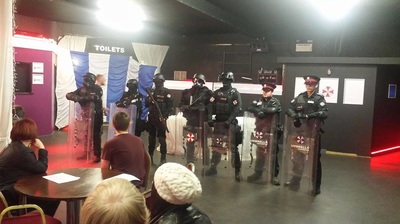 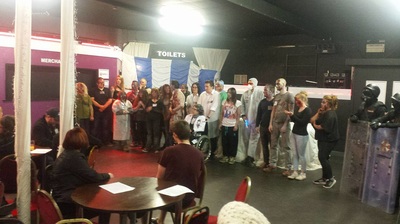 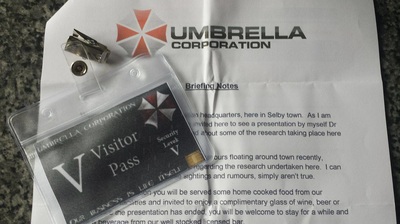 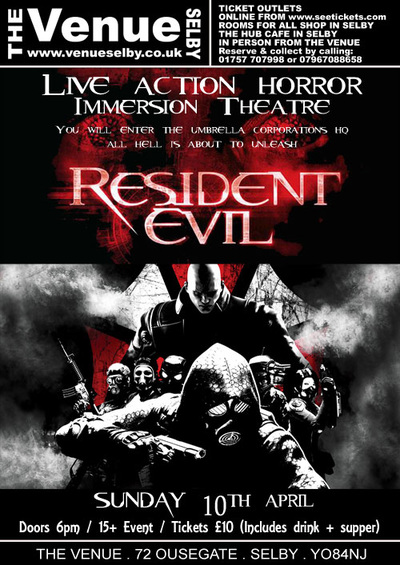