Two years ago, to celebrate the launch of the latest Resident Evil game, Capcom created a pop up horror room escape experience that completely blew us away. The style and execution of this amazing experience, is still one of the best things we have ever done (see below), so we were extremely excited when the games giant announced Resident Evil: Safe House.

Instead of promoting a "new game", this time Capcom are back with a rewrite of one of the World's favourite horror games, all with hugely improved graphics and gameplay. The game launched on Friday Jan 25th, and while some were sat at home waiting for their games to download onto their consoles, we were in a secret location on the South Bank of London.

The event itself was extremely exclusive with just a handful of tickets snapped up by games fans in a matter of minutes. Security was tight on the day: non transferable tickets were checked against the names who made the booking, and if guests turned up with less than the advertised 15 minute "wait time" they were turned away on the door. Fortunately we were allowed in about 5 few minutes prior to our start time, giving us chance to soak up the atmosphere in the waiting room. Would the map on the wall help us? What had happened to all the missing people in the posters? After a brief safety synopsis we were led upstairs at our allocated ticket time, and sent into the first room.

What then followed was a ten minute scare experience which mixed puzzle elements, theatrical scenes, moments of pure chaos and a number of close calls with undead creatures. Some of the scenes were more relaxed and narrative led, while, several of them had the whole group running for their lives through the abandoned warehouse.

The sets ranged from some very detailed touches - the Raccoon City Police Department, a US style phone box, etc  through to some more generic blood splattered plastic sheeting. Fortunately the detail in the early rooms, helped to build the story and atmosphere, so by the time we were being stalked through the later rooms, we were totally immersed in the experience.

We also need to mention how impressive we found the actors to be throughout the show. With convincing accents and realistic costumes, it was easy to believe we were in real situation as they engaged perfectly with each audience member, deliberately involving us in tasks and mini missions. Our only slight criticism is that the actors weren't necessarily key characters from the games, that we would recognise.

Even once we had run out of the final room into the welcoming bar, our adventure wasn't over as we were met with armed agents checking us for infection and forcing us to drink the antidote to the T Virus (a test tube filled with alcoholic shots and dehydrated pigs blood!) It didn't actually taste too bad, but the free Raccoon City beer we were given at the bar, helped wash down the taste of the blood!

As we sat in the bar, we watched other groups come out the show, and everyone was laughing and cheering about what they had experienced. Maybe, like us, they couldn't believe that they had been so lucky enough to experience something so fun. And thereby lies our once biggest concern about these temporary pop up shows. They are so popular, and so well done, that it is a shame that more people can't experience them. We understand they are a short sharp promotional event, but we are sure that thousands more Resident Evil fans would even pay for the privilege of attending. Therefore may be in two years time, when the next game gets released , we might see an ever longer run? Capcom you have two years to start planning!

Resident Evil has long been the epitome of survival horror gaming, and over the years, has entertained and scared gamers with its mix of zombie shooting gunplay and chaos. So when the designers, Capcom, announced a seventh episode in the game series, excitement levels went through the roof as more details were released. It was going to be a seemingly different story to the others, and the demo version invited players into the twisted world of the crazy Baker family, with first person gaming and a full Virtual Reality

To celebrate the launch of the new game – Capcom have created a brand new scare attraction/puzzle room hybrid – Resident Evil 7: The Experience. Sadly only open for 4 days, the process of even getting tickets involved lots of waiting around for just one of the 28 pairs released per day. Once these were allocated, the slots were closed for that day and the anticipation would start again the next day. Therefore (beside the creative team ) only about 220 people in the World have been through the experience. And of course ScareTOUR were the only scare review site to be invited - all we can say is wow!

We’ve held our review back until all guests have been through for fear of dropping any sort of spoilers. We entered the experience knowing NOTHING about it, and that was the best way to discover the secret and scares throughout. In fact – if we had known what was coming we may not have entered (oh who are we kidding  of course we would – it was all such great fun.)

Following the pretence of being new rookies for a new paranormal TV show (“you know like that Yvette Fielding thing – but real”) we entered  a rundown house to help search for two missing paranormal investigators. What we found was an impending mystery involving the crazy Baker family, a plot to try and rescue the investigators and discover the secrets of the venue.  For 45 minutes we searched for clues, interacted with the actors, solved the puzzles and most importantly jumped and screamed at what we were experiencing. The event was so immersive that we genuinely believed we were trapped in the house with these crazy people. When warned to hide from Mamma we genuinely hid like terrified children. When tasked with poisoning Papa we set about it with glee – mixing the poison and finding the ingredients to make it just right. We won’t say where we found the recipe for the poison hidden, but seeing two mortuary drawers with your name and today's date as date of death, was suitably freaky – the event was THAT immersive and personal to us. Add in some crazy visuals – and some surprising secrets and we were hooked.

Our first couple of rooms were pretty standard room escape style – find the clues, explore the area , work as a team etc and although we had a couple of clues phoned into us, we were processing through the rooms and doing what was required. So it was a surprise to suddenly be confronted by the Baker’s son who hooded us and dragged us deeper into the house. With different voices whispering in our ears, and the sound of knives being sharpened, we were hustled into a dining room scene. The sight when our hoods were removed was incredible – never has a room escape or temporary scare attraction looked this realistic. Add in the convincing, up close actors, and this whole scene played out like something from a horror movie (or game). The whole thing was so uncomfortable and scary that we almost forgot to do the deed with the poison . Fortunately we managed to get it in, and soon we were picking keys off an unconscious body in an attempt to move on to the next room

All in, there were about 7 rooms and scenes to experience, each one more twisted and revealing than the next, building up to the discovery of the two missing people. One was alive and ready to escape. The other quite dead (for the time being) but in a twist leading directly to the zombie story-line of the previous games – we were soon running as fast as we could to get out, as the corpse had an unnatural ability to come back to life (even when shot at point blank!) As we finally stumbled out into the day light we realised that our ordeal was over and we has survived the experience – but wow – what an experience it was!

Everything about Resident Evil 7 the Experience oozed class. The sets were disgustingly old and dirty, the story was exciting and engaging and it was all pulled off by some incredible actors, backed up by a clearly talented technical team (manipulating things behind the scenes). It was easily one of the most immersive events we have ever experienced and it is such a shame that just an elite few managed to see just how good it was. Hopefully based on feedback the production team could create something similar in the future and open it up to more people. Certainly if you are a fan of scare attractions, room escape adventures or horror computer games, then you have missed something truly special . 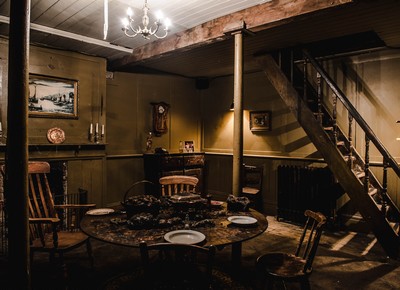 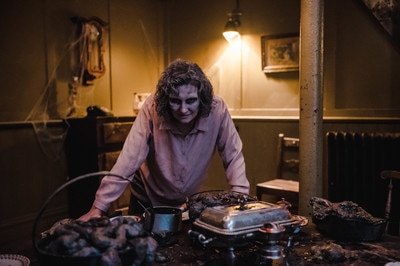 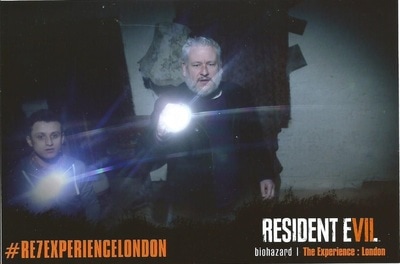 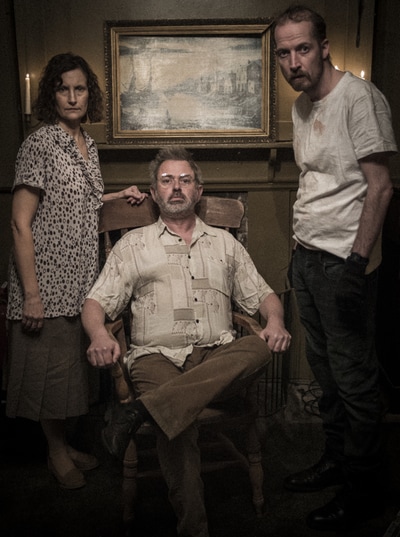 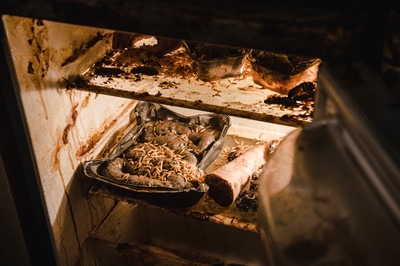 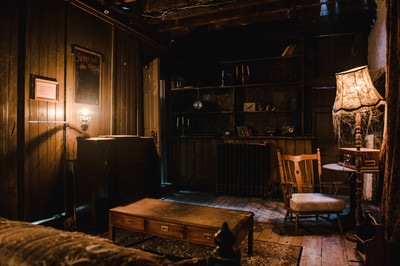 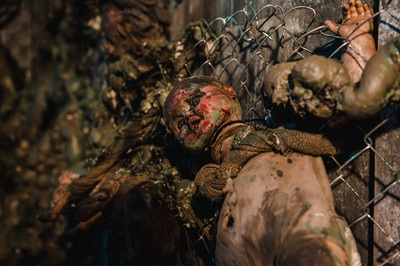 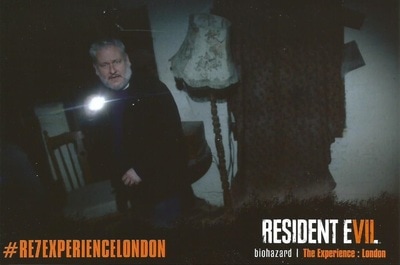 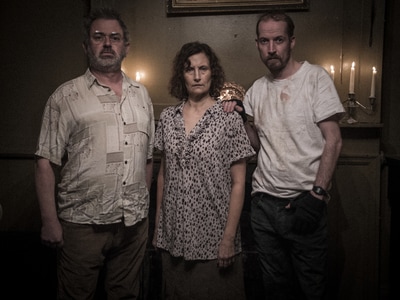 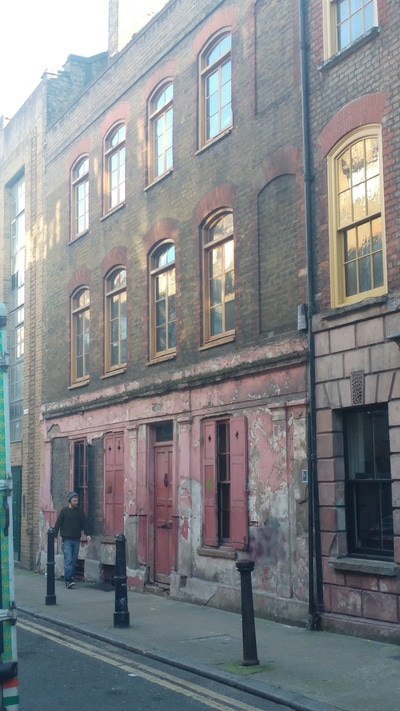 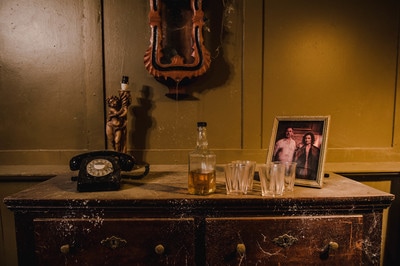 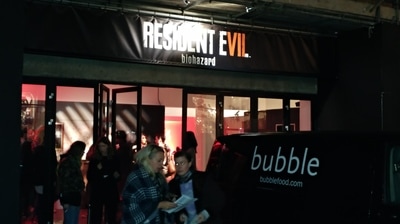 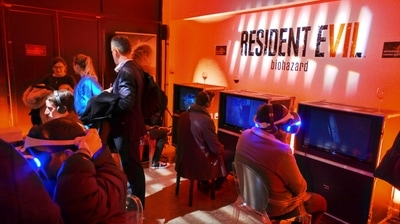 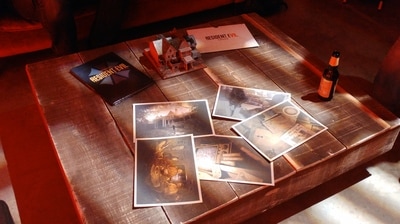 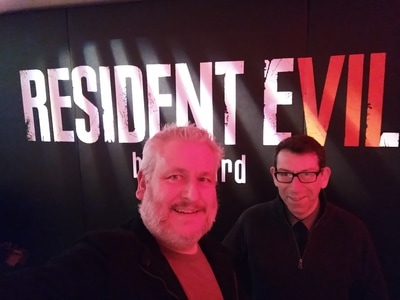 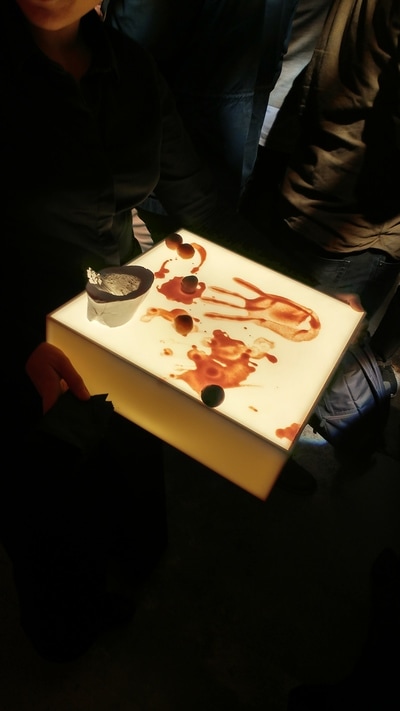 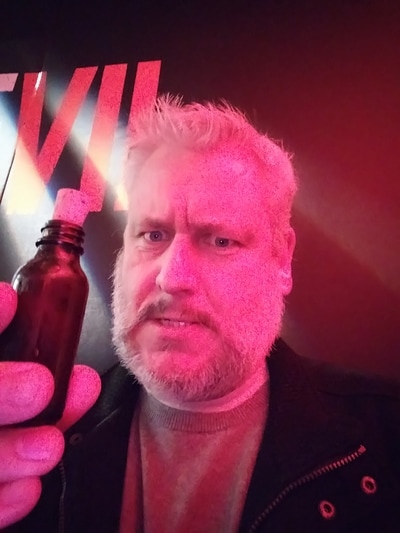 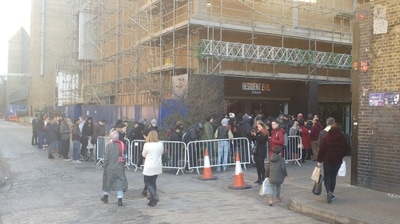