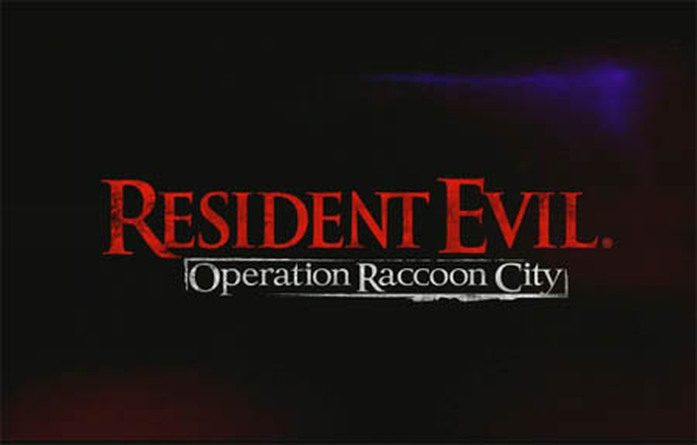 If you love scare attractions then there’s a very good chance that you love other scary media as well. Usually this means movies and TV but over recent years the love of scary stuff has moved into the gaming arena. In fact, some of the world's most successful games are horror based and their popularity shows no signs of abating. One of the most enduing franchises in Resident Evil which has spawned a whole series of games and films that combine wild zombie action, satirical humour and a whole heaping of gore! The latest game is called Operation Raccoon City and involves probably more zombie killing action than ever before. To promote it, Capcom created a one off event where gamers were able to experience the thrill of a live version of the Resident Evil universe. But would it live up to the fun of the game?
Armed with 'vortex' Nerf guns, we were ushered into a compound area that appeared to be filled with zombies. As soon as the zombies started to attack we were encouraged to fire out Nerf guns to try and wipe out the zombie hordes. Nerfs aren't the most accurate of weapon available  around so the best tactic was just to fire indiscriminately and hope for the best!

The actors had obviously been primed to react according to how they were hit, so a head shot meant instant “death” while shots anywhere else just slowed the zombies down while the actor pretended that their arm or leg was not out of action. The responses of the actors to each different situation kept the attraction fresh and exciting.

If we hadn't managed to kill all the zombies in time, we were herded into the arms of a waiting USS agent who would rush us into the apparent safety of the next scene.

This next room started off really dark and as we stood around not knowing what was going to happen, everyone in the group was nervous. All of a sudden - in a barrage of strobe lighting and noise we were assualted from behind by huge 7ft tyrant / B.O.W  which left most of the room screaming to get out!
For a short promotional event, Resident Evil: Operation Raccoon City really gave some good scares and delivered some amazing zombies actions - just look at some of the pictuires on this page to see just how detailed the make up was!

An fun aside to this review is that one of our long time supporters Steven Uden was working inside the attraction and was one of the zombies being shot at. As guests were ushered out of the main zombie room, he and the other actors would have to frantically run round  collecting up all the up all the Nerf discs, reload the guns and drop them back at the compound gate ready for the next group of customers to come through!. Who ever said that being a zombie was a glamorous job?

The use of scare attractions to promote games is becoming more prevalent here in the UK. Late last year Resistance 3 had it's own show and this has now been superseded by Resident Evil. We can't guarantee what other scare related attractions my be forthcoming in the future but it's clear that this is a genre style of gaming that is here to stay. maybe we might see more attractions based around video games? What do you think?
All images copyright Alex Abian and Capcom International.
Resident Evil : Operation Raccoon City is out now on Playstation 3 and X Box

2012 looks to be THE year for Resident Evil (RE) with the brand new game RE: Operation Raccoon City, the CGI film RE: Damnation, RE: 6 towards the end of the year and of course RE: Retribution in cinemas.

I should have better things to do but I was literally like a kid at Christmas counting down the days until the launch of Operation Raccoon City, especially after such a long gap since RE:5 with Chris and Sheva.

So picture this. I ran like said kid at Christmas to buy a copy, ignored whoever it was that rang me while I was in the shop and power walked home to slide that disc in and get a long overdue fix of everything Resident Evil.

Like a first date it started off well, but sadly soon went downhill.

As a Resident Evil fan it pains me to say it but every level of the game is just about the same. The various trailers would lead you to believe that you really are plunged back into the horror of trying to escape Raccoon City but trying to tell the story from the Umbrella Corporation’s side is weak at best. Like RE: Umbrella Chronicles and RE: Darkside Chronicles on the Wii it seems too much time has been spent on going backwards trying to fill in every possible gap in the story rather than move forwards.

Repetitive levels, connection problems and AI glitches screw the game up. There are some enemies, boss fights, characters and scenes in there from the original series but they all feel second place. Main character appearances are very brief so don’t expect any big reunion of Leon and Claire or Jill and Carlos. It’s also a relatively short game; I finished all the chapters in less than 6 hours which for £39.99 doesn’t give you much bang for your buck.

I’ve found the only saving grace for this game is the online campaign; although you play as a “bad guy” at least other online players will respond rather than relying on the weak AI in offline mode. There are various other modes such as Heroes but hey, that’s about it. If you’re looking for that gripping RE story, disturbing atmospheres and big cinematic scenes, well, you may feel a little deflated.

My rating, 4.5 out of 10. Aims for the forehead but is way off target! Not a bad little game but certainly not on the scale of other Resident Evil games.

Were you one of the lucky few to experience Resident Evil: Operation Raccoon City? Why not leave us a review. Click here for more details.