Ravenwood Manor is the latest attraction from the team at GNG Entertainment and opened for 3 nights at Newark Castle in Nottinghamshire  Themed around a paranormal investigation, the show promised to take us on a tour of a supposedly haunted building to see if we could contact the dead.

The show started promisingly with an introduction from a Dominions Company researcher who seemed slightly perturbed that the sophisticated observation equipment seemed to be broken. As he explained more about the upcoming tour, the TV screens flickered into life with an impressive and creepy effect that really set the mood.

What then followed where a number of different scenes played out across different rooms in the castle, where we slowly became more and more aware of the ghosts around us. Sudden noises, strange voices and some physical contact all helped to build the suspense and we enjoyed the concept that our guide couldn't see the ghosts that we could. As we were the only ones making contact it was hard to identify the stories of the ghosts and what their issues were at times, but perhaps this was our fault for not asking the right questions of each spirit as they appeared. However, the acting throughout these scenes was strong and the characters were believable.

The suspense and psychological fear that had been built up so far was then ruined by an ending so bizarre and out of place that it felt like it belonged in a completely different attraction altogether. Descending into what looked like a themed vicars and nuns party at a local nightclub, we were assaulted by dense fog, a strobe maze and the most unlikely soundtrack ever. We were expecting something Gothic loud and moody - what we got was high energy techno, which belied all the subtle work preceding it! It was certainly dark, confusing and scary down in the basement but it made no sense whatsoever. What did this disco and a few scary vicars have to do with the stories laid out before?

We left the final room quite dazed and confused wondering what we had experienced in total. Both sections were excellent in their own right but they just didn't work together in one attraction. We wish that GNG had perhaps stuck with the courage of their convictions and either create a paranormal psychological show or a fast paced terror maze throughout. Compared to some of their previous shows, we are sad to report that Ravenwood Manor just ended up confusing us more than anything. Which with the amazing venue and intriguing start to the show was a real disappointment. 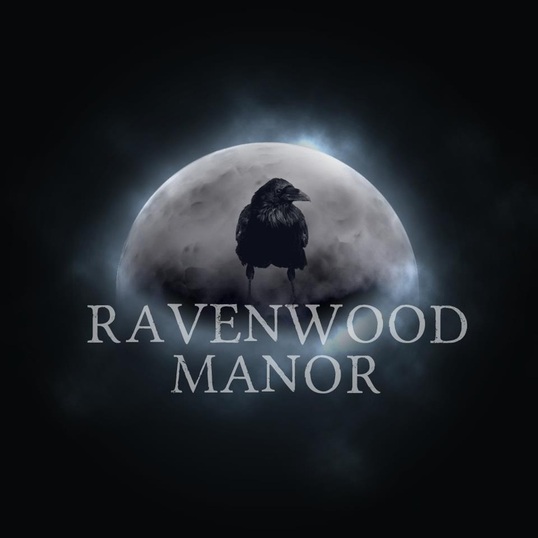 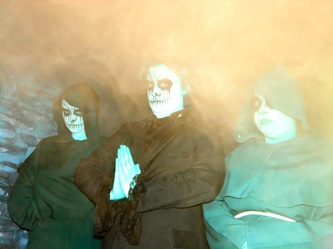 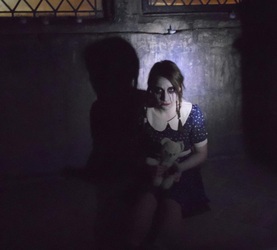 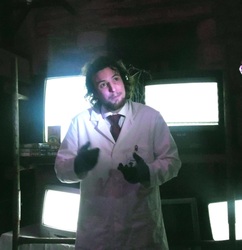 Based around and inside the beautiful setting of Newark castle GNG Entertainment gave us their Easter treat called Ravenwood Manor and we were very lucky to attend the show 3 times over the weekend. The show was based around a science group using the haunted castle (Ravenwood Manor) for an experiment on viewing the movements and behaviour of the spooks Inside.

We were introduced to our scientist for the evening and taken to a room where we were told we could see every room in the castle unfortunately all the monitors were broken and wires ripped out so we had to find out for ourselves about the ghosts the good old fashion way by visiting the rooms. As we found out our guide was not that good at contacting spirits as he could not see the spooks who we met.......all rooms were moody and the actors were great on all the walkthroughs we did, if you asked the right questions you got a fun history of the characters and it never felt that the rooms were rushed. You came to the last room which the scientist would not enter in and we ventured into the under croft of the manor into a very dark smoky big room were there was hooded ghouls and a vicar all strong acting and very unnerving but didn't really give us any final answers we wanted regarding any story we had been told over the last 20 mins.

But as a show we loved it as you would imagine with us going back 3 days the first 3/4 rooms were wonderful and smart and the last room was a good strobe maze. As with all GNG attractions it gave us something new and unusual we look forward to the next.

Did you visit Ravenwood Manor?? Why not leave us a review? Click here for more details.