Portaventura, near Barcelona in Spain​, have celebrated Halloween for years, and are famed for the level of theming and decoration they put around the park. Unlike some parks that just buy thousands of pumpkins each year, every land in the theme park has its own unique set of decorations, and no section remains untouched. They also have a number of roaming characters, and we were surprised at just how active and scary these were at times. Even with little kids!

There is also a massive schedule of special Halloween shows, and we ensured we saw as many as we could fit in. Highlights included the award winning Halloween Kingdom in the Grand Theatre, and the nighttime parade and fireworks show at the end of the night.

But of course, our main reason for our visit this year was to experience the four scare attractions including the brand new La Isla Maldita, which was being advertised as the largest single scare attraction in Europe. What better way to celebrate Halloween night?

The attraction is built inside the Costa Caribe water park, next door, but on some of the busiest nights of our stay, the line to enter the complex could be found winding through the theme park itself! As it was, on Halloween night, we waited over 90 minutes to enter the attraction, and even then, the first few rooms were experienced as a long conga line. Fortunately this was just before we were batched properly, and although the batches were large and were very close, we were able to enjoy the rest of the attraction properly.

Along the 35 minute route we experienced over 90 live actors, and the path wound in and out of the water park as we were attacked from all sides. They even had jet skiing pirates buzzing at us as we passed one of the pool areas! The main rooms and theming elements were all a combination of voodoo and pirates, although towards the end, a few more "standard" horror scenes seemed to creep in (and of course there were chainsaws!) All in - we really enjoyed the experience but the queue and initial batching did leave a sour taste in our mouths. Remember - the mazes are all up charge attractions and it genuinely felt that too many tickets had been sold each day. On the Saturday the queues would easily have been well over 2 hours, which really isn't acceptable in a park this size.

Before La Isla Maldita debuted, [REC] Experience held the record as the largest European attraction, and so with a clever change of words the park can now claim to have Europe's largest single attraction and Europe's largest enclosed attraction. The show itself is built inside the Dino 4D movie adventure and remnants of the original attraction can be seen throughout. Although parts of the maze have been built in the style of an old abandoned house over taken by zombies, the path does pass through two large rooms that were where the Dino film would usually be shown. Cleverly the creators have used the over sized screens to show clips from the REC movies, and these horror scenes just helped create the tension every time we went back into the tighter corridors of the house. Of course there were loads of actors throughout the attraction, and we had many great scares during the 15 minute experience.

In the Mexico section, Apocalypsis Maya opened last year, and is built in the queue line for the Temple of Fire attraction. The winding pathway ventured indoors and out, through a dense jungle and the ruins of the temple, with some very lively actors attacking us from the start. It's unusual that this attraction runs during the day, as it could easily be made even scarier in the dark, but we still managed to get some very good scares along the route (mainly from creatures disguised as bushes that would jump out at us as we went past!) By the end of the attraction, we had to pass through the Temple of Fire itself, and with many of the special effect props and tricks working - it created an impressive finale as skeletons on poles flew out of the water and fire erupted around us!

The final maze at the park is the Horror in Texas walk through that is often opened during the summer season as a pay extra. Nothing has really changed from our review below, but this maze remains the closest to a standard scare attraction/haunted house of the four. We think this is because it is built from scratch in a marquee and not retrofitted around an existing attraction or park. We had some really great scares throughout the maze from some very lively and aggressive actors!

We had a great time at Portaventua for Halloween as the park had really made an effort with everything. With four mazes, multiple shows, roaming characters and of course all the rides, there really is something for everyone to do. We did find the maze operation times a bit strange as we would have loved to have done the "in park" attractions in the dark, but with some careful planning of our days and the use of Fastrack for the rides - we managed to do and see everything we wanted to during our visit. Oh yes, and the weather was really hot and sunny too, so we did all of the above in just shorts and t shirt. Try celebrating Halloween in the UK like that!

Portaventua in Spain have been holding an annual Halloween event for years and in the past have hosted a number of different scare attractions. These have included: a massive maze based on the Spanish Horror movie [REC], a whole scare maze built inside the queueline for the mine train and a western themed attraction called Horror in Penitentiary (named after the fictional Wild West town area of the park)

The park really goes overboard for Halloween and in the run up to the event, have been known to open some of their Halloween mazes early. So on a recent visit to the park, ScareTOUR were able to take a trip through the now re-themed and renamed, Horror in Texas.

The attraction is built in a marquee under the Stampida rollercoaster, and is entered via a small but decorative facade. Fortunately with very little wait, we were soon guided inside by an impressive actor who set up the story for the attraction, delivering his opening speech in a very creepy voice!

From here on in the rooms were really detailed, with each one telling a different story, with a great mix of animatronics and actors. At times the floor was so uneven, which was a perfect distraction for the actors, as several times we were too busy concentrating on not stumbling, that the actors were able to catch us off guard and scare us! We managed to get a good number of screams throughout the whole maze and even the chainsaw finale was fun and left us scrambling for the exit!

All in, for just 5 Euro, the attraction really was great value. So much so that we planned to do it again after dark, but sadly due to some strange opening times, the maze closed by about 9pm.  So if you're visiting the park over the next few weeks before Halloween - we definitely recommend you check the opening times beforehand and then go and check it out! 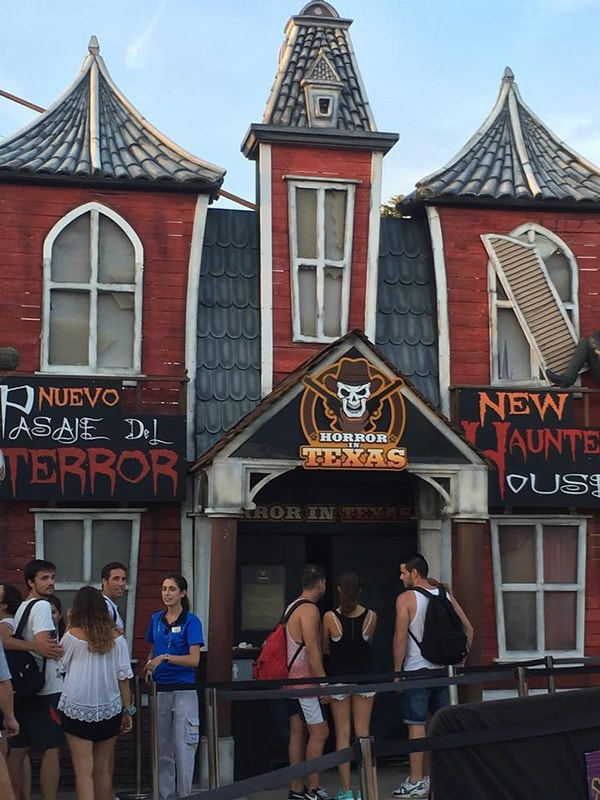 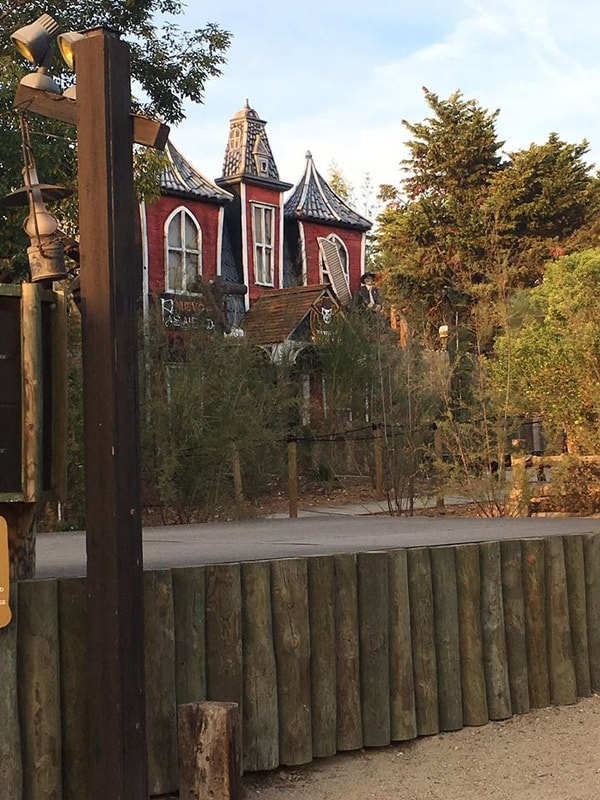 Terrifying - Myself, husband, 10 year old daughter and 8 year old son entered this attraction!!! My son started crying, he was so scared bless. I tried not to look at too much because I too was petrified. Loads of jumps around each corner. Well worth the €5 but so glad when it ended, and we lived 😂 😱