Phobiarama is the latest art installation from Dries Verhoeven – a Dutch artist with a reputation for pushing boundaries. Built in a temporary marquee at the Milton Keynes International Festival, the 45-minute performance mixes a ride experience, live actors and a political social commentary, to create an experience like no other.

Once settled in dodgem style cars, the ride starts, and guests are taken on an exhilarating journey mixing real new snippets and soundbites with unusual visuals in the darkness. The tension builds up early and once the first “live” actors were added to the performance, tensions were running high. The constant looping of the cars on the track, the low lighting, and the multiple hiding places made the first fleeting glimpses genuinely terrifying. The massive shapeless animals were a shock and as they lumbered closer to the moving cars, we quickly realised how vulnerable we were, as we crawled slowly past. But it was when the cars stopped, and the creatures focussed directly on us, that was when it was time to squirm.

As the mood changed, this middle section of the show was the nearest to a scare attraction you will find. Boiler suited clowns revealed themselves and there really was no escape. All the big jump scares came in this section and as the train travelled at break neck speeds, there were a lot of clowns and they all wanted us to suffer!

And then things got dark. Really dark. The scares in the final scenes were much more psychological and addressed issues of race, perception, media hysteria and more. It was genuinely uncomfortable during these scenes as the director has deliberately picked these actors for their looks and it was hard not to feel manipulated by the situation. This really was a different fear being played on and we have to congratulate the actors on being so believable throughout. Aw we sat in our cars, we watched in silent horror as the final scenes played out ahead of us and on the screens, dreading the moment the pack would arrive at our car!
​
So, as you can probably tell – we really enjoyed the experience, but it really isn’t for everyone. Despite the scares and the situations, this really is a political art installation that just uses the concept of a ghost train to get its point across. Also, it isn’t very subtle. It’s pretty obvious how you are meant to feel by the end of the show and it doesn’t really leave any ambiguity to its purpose. That said – it is stunningly realised, and if you get a chance to see it for yourself we would highly recommend it. 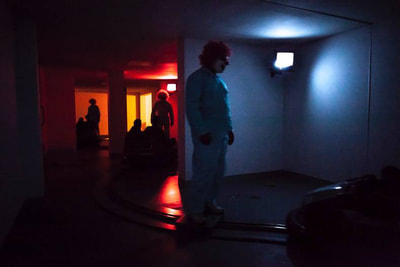 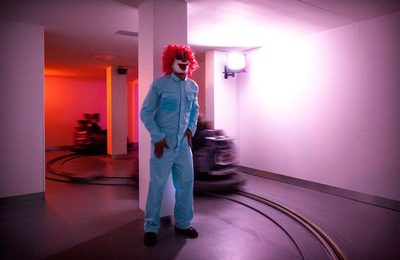 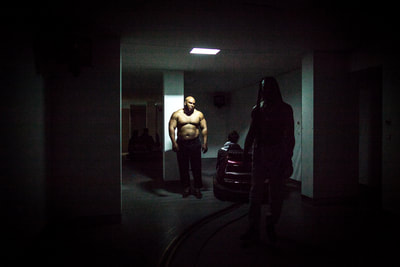 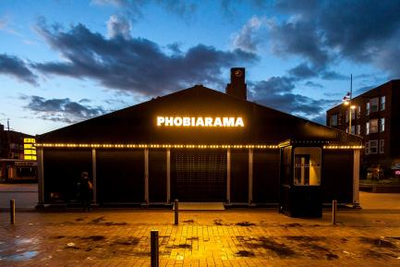