As the scare scene gets bigger here in the UK, we have become quite accustomed to getting our adrenaline fix throughout the year, usually from one off special events or Horror themed room escape adventures. So we were preety surprised when Nightmare Asylum was announced out of the blue.  The marketing around the event was quite ambiguous – was it a scare attraction or a room escape? It seemed the simplest way to find out, was to jump in the car and drive to Nottingham.

The attraction is located slightly outside of the town centre with plenty of on street parking nearby. Once at the site, we were met with some ominous metal shutters, which helped set the mood for the dark and desperate journey we were about to experience.
One thing that was pointed out immediately to us, was that Nightmare Asylum is NOT an escape room. We really don’t want to spoil anything but there are certain quests that must be completed – the first one? Simply to find a key, and so on. But these quests aren’t puzzles or riddles and don’t require a genius to work out what to do. Just follow the directions, explore EVEYTHING and you’ll be ok. One thing to note – unlike most scare attractions you ARE encouraged to touch and open things in your quest to get out..

Ok – so if it all sounds quite easy and linear so far, we must mention the two things that hindered our progress throughout. First off was the virtually non-existent lighting throughout (one small torch at the front of the group meant the back of the group was generally walking around in the darkness, and secondly – the creatures within.

This is where Nightmare Asylum truly excelled – the cast within the attraction were relentless. They appeared from nowhere, blocked our paths, and even at times held us back from the rest of our group. In the low light, and the constant state of panic – these fleetingly glimpsed creatures tortured us for the full 40 minutes. Hardly a moment went by when we weren’t being attacked and by the time we had discovered a terrifying labyrinth style structure, they were clearly having fun with us.

We really weren’t expecting for the event to be as jumpy and frightening as it turned out to be. By the time we stumbled out into the daylight again we had all screamed multiple times and been terrified of the things happening around us.
​
For a brand-new attraction – we loved every part of Nightmare Asylum. It really is more of a scare attraction than an escape room, but we also enjoyed the game play elements to the show. Sadly, on the day we visited - a Saturday – we were the only group that was booked in all day. Which is such a shame as the event deserves to be a success and to be visited by many more scare enthusiasts like yourselves. So why wait until Halloween – book yourself into Nightmare Asylum and tell them ScareTOUR sent you – we guarantee you will have a scream. 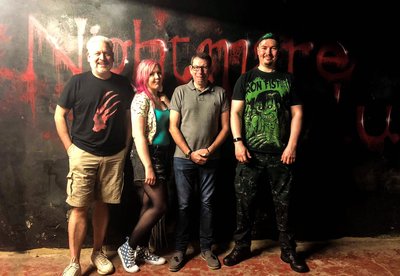 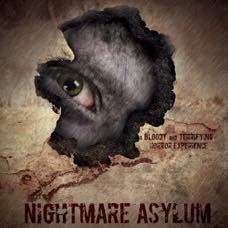 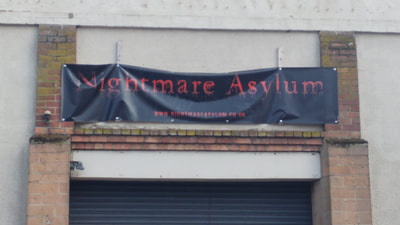 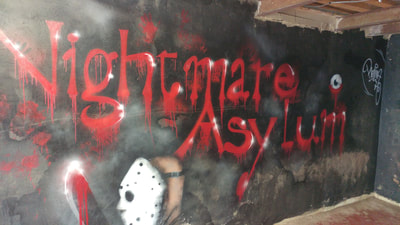 Scary
​Excellent entertainment!
6 of us spent an amazing hour being scared and solving our way out. Thoroughly recommend this attraction!!