Night of the Living Dead Live

​“They’re coming to get you Barbara!” is an iconic quote from an equally iconic movie. In fact, a movie so iconic that it single handily introduced the world to the zombie genre. Hard to believe that all the blood, guts and gore we see today across mainstream media, all stemmed from a seemingly gentle, but still genuinely terrifying black and white movie from 1968.

In beautiful homage to these origins, the new London show Night of the Living Dead Live is set in a black and white landscape with the actors decked out in matching costumes and make up. The set is immediately striking upon entering the auditorium, along with the 25 strategically placed chairs that are located on the main stage. Suddenly the promise of a “premium splatter zone “ became a bit disconcerting, as it was here that we realised just how close to the action we would be. We had expected the seats to be to one side or in the wings, but no – the premium seats are slap bang in the middle of the stage,  potentially blocking some views from the main auditorium.

However, that did not bother us – we were right in the middle of the action, and although being totally ignored by the actors, we often found ourselves in direct line of shot during the first half of the show – which at times created a ripple of laughter as we caught by the occasional splatter of “blood.”

Played for laughs but with some scares – the first act of the show whizzed by in the blink of an eye as the main characters and plot points from the show were introduced (and routinely dispatched!) The film has always been an allegory for social unrest, racism and the impact of the Vietnam War, and this content is lividly brought to life as tensions flare between the group. All of a sudden, nearly everyone is dead and the original bleak ending leaves everyone stunned.

It is at this point that the show plays its first retcon trick. Looking over the carnage in front of him, the sheriff wonders what would have happened if they had all gone into the cellar as suggested by one of the characters earlier in the play. Suddenly the doors burst open and the dead cast (and the stage) perform a complete reset and we see what “would have happened”. It is a genius stage trick, which performs the perfect task of pulling the rug out from the audience. Of course, no – one really fares any better and before long they are all dead again and the sheriff is musing the next “what if “ scenario.

Some people have complained about the over-use of the reset button trick but we genuinely loved it! Each reset became more and more ridiculous and the humour became more and more broader as the stage descended into seemingly unplanned chaos. We also loved here how the fourth wall was broken and the actors suddenly knew they were in a stage show and tried to reset quickly whilst ensuring they had the right props, were in the right place, or in one funny moment – realising that the stage was moving (the whole splatter zone revolves round the stage for each reset, giving us different views each time)

We don't want to reveal the secrets of the finale of the show, but it was here where we really need the boiler suits and shower caps we had even issued with. Black blood was distributed around the splatter zone so liberally, and as you will see from our video below, a lot of the liquid was aimed directly at us. This whole section of the show was completely riotous and proved just as entertaining to the people in the “safe” seats as they watched us getting abused on stage. There was nothing about this final version of the story that was subtle and we ended the show on an incredible high, feeling as if we had been a part of the show from the start.

When we first heard about the splatter zone , we had worried that this was just going to be a marketing gimmick to liven up a “dead” show but it generally isn’t . It is more like the icing on top of an already decaying cake!

The acting, lighting and stage production throughout was incredible and a mention needs to made of the incredible cast who managed to make the unfurling chaos all appear so real and yet so entertaining. Each actor (several playing multiple characters) threw their all into their performances, which was more notable for us as they were just a few feet, in front of us. They were all so engaged with their characters that we were totally hanging on their every word. It must have been a daunting task for them having us so close!

​All in – we totally loved Night of the Living Dead Live. We do think that perhaps we had so much extra fun as we specifically had tickets for the splatter zone, but if you want to stay a bit drier than us – there are other options available. Either way – it is an incredible homage to the a classic movie that beautifully mixes comedy and horror in a big bloody mix, that left us wanting to do it all over again! 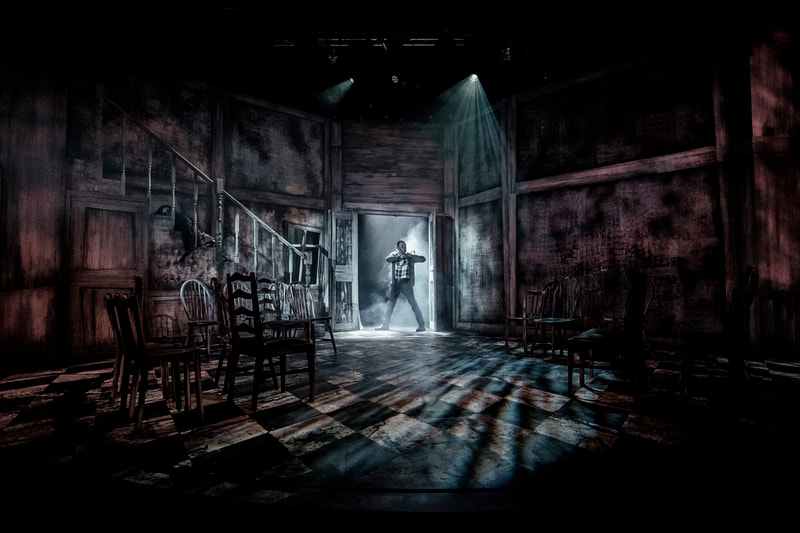 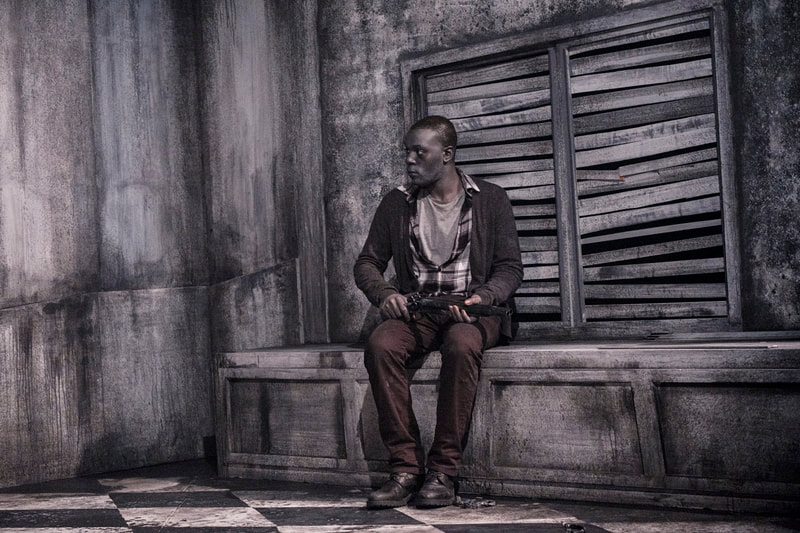 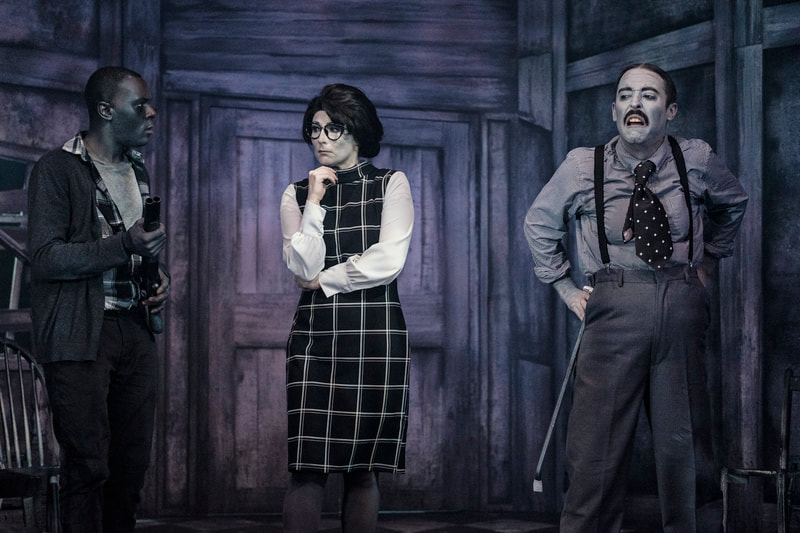 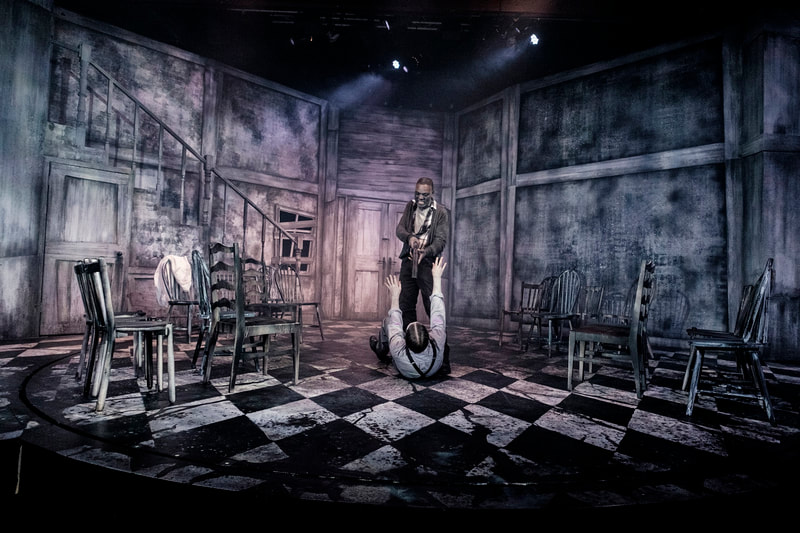 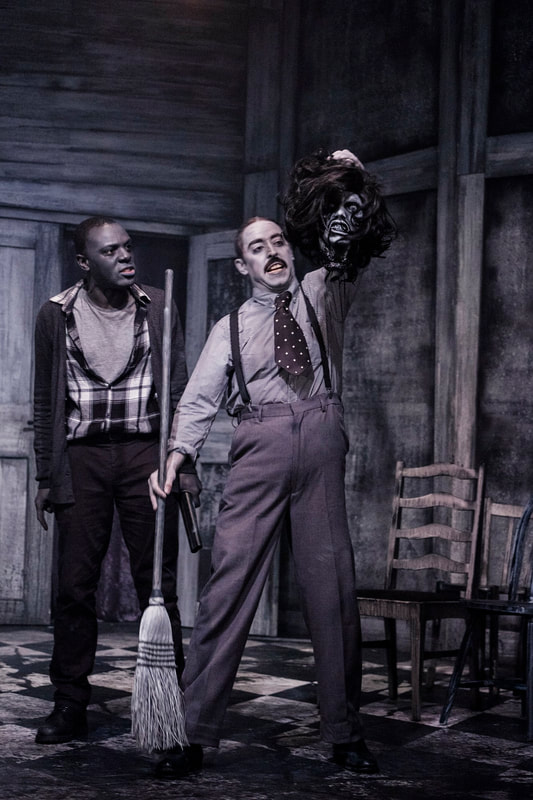 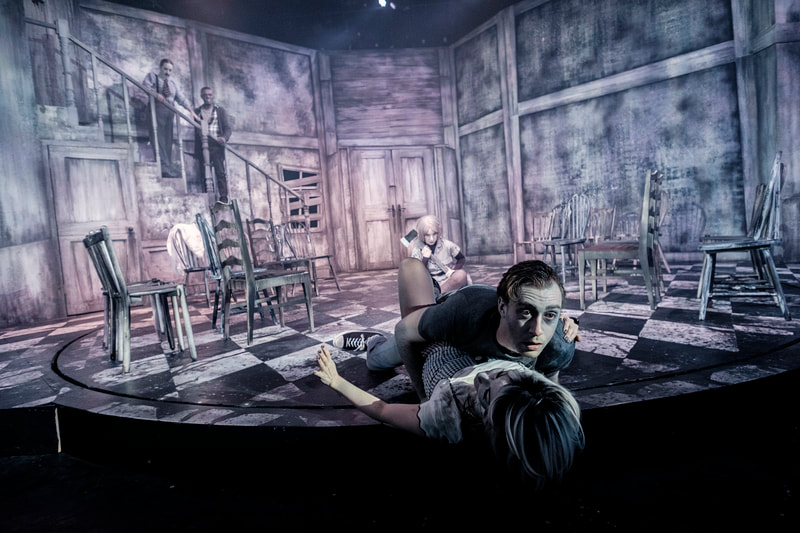 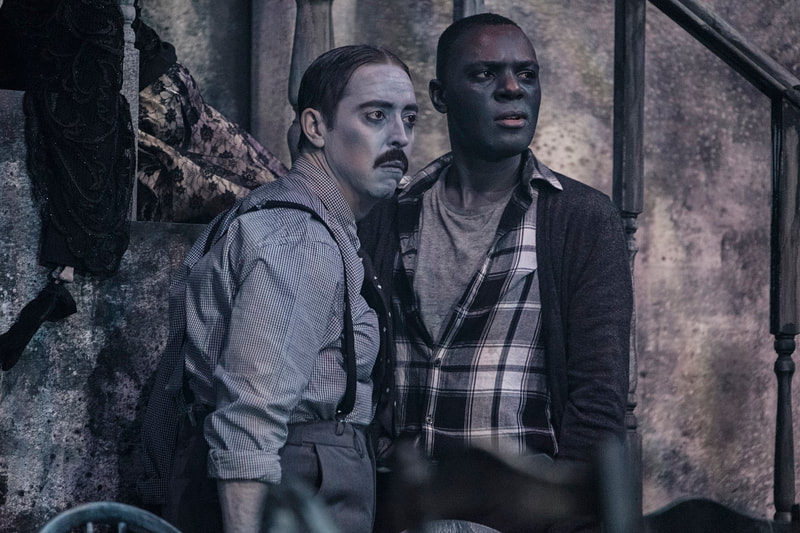 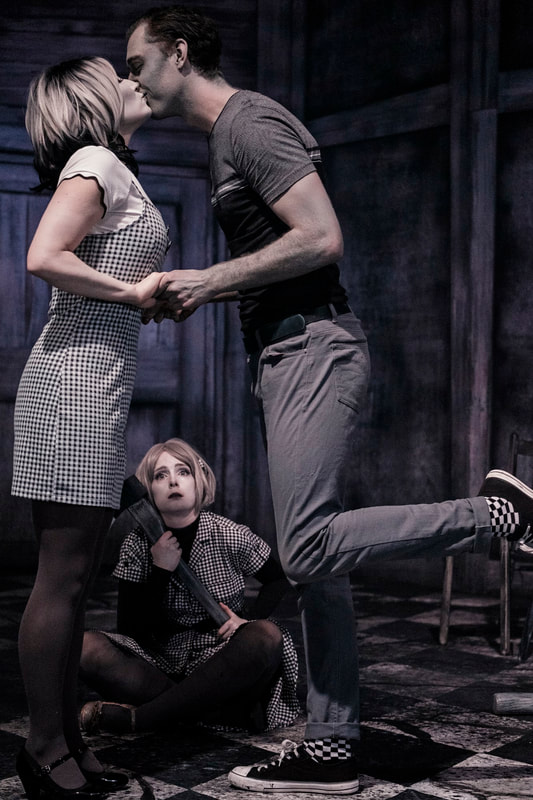 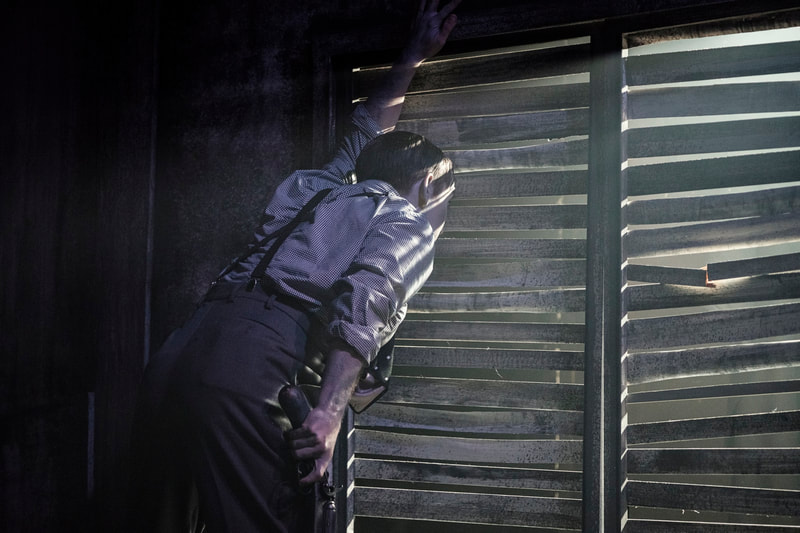 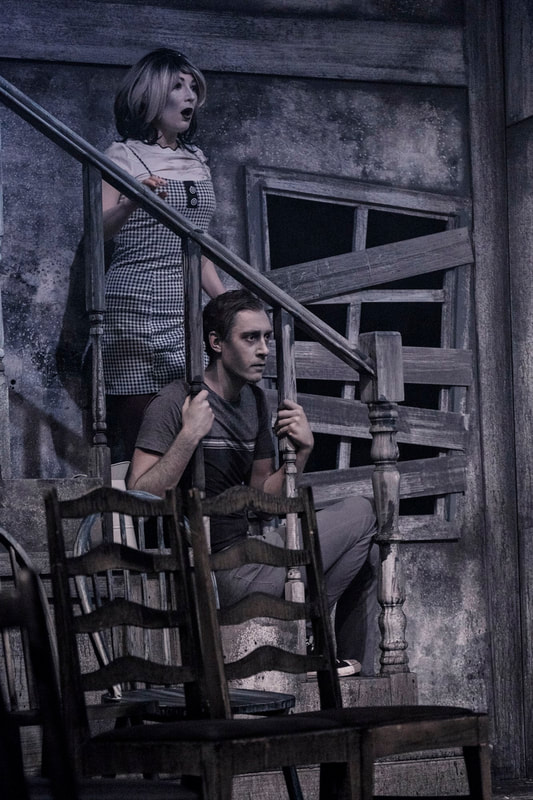 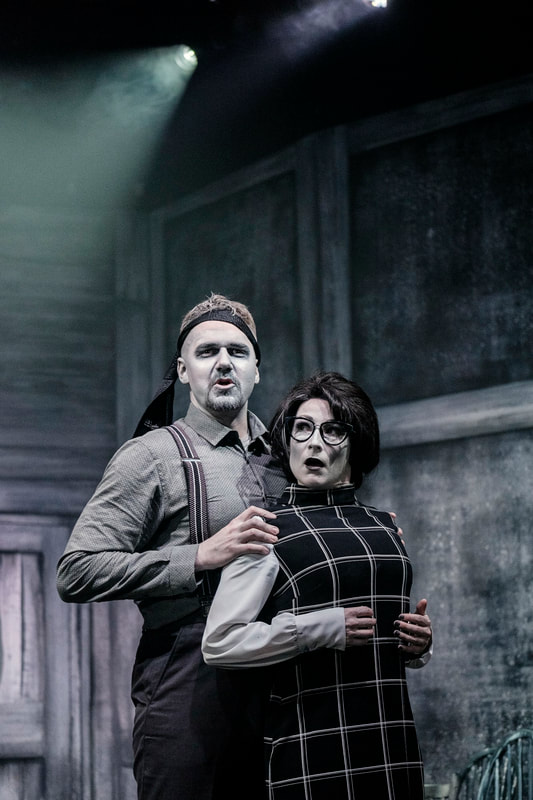 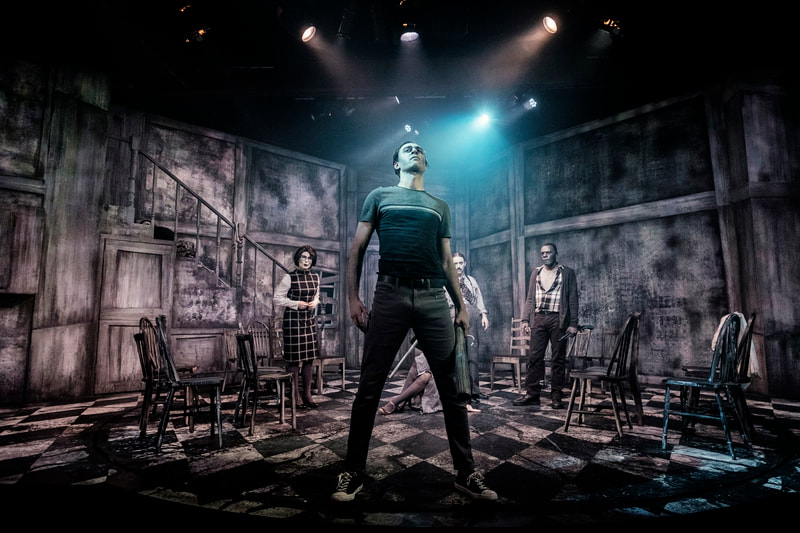 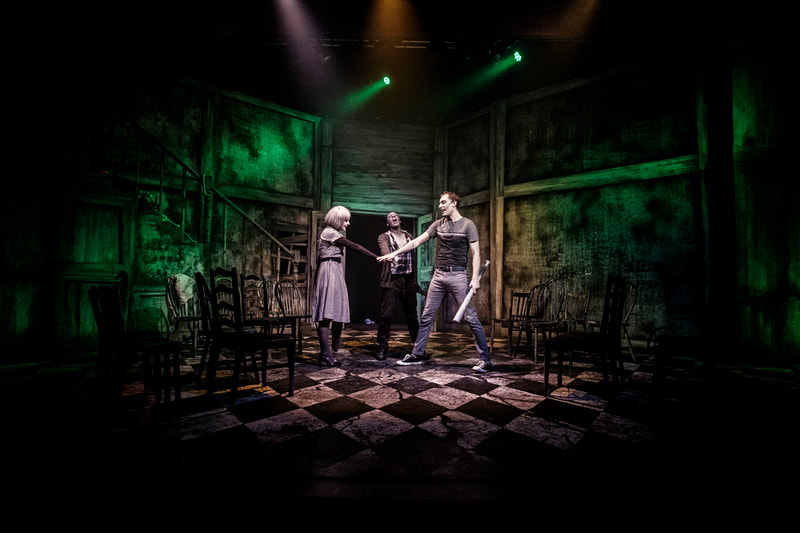 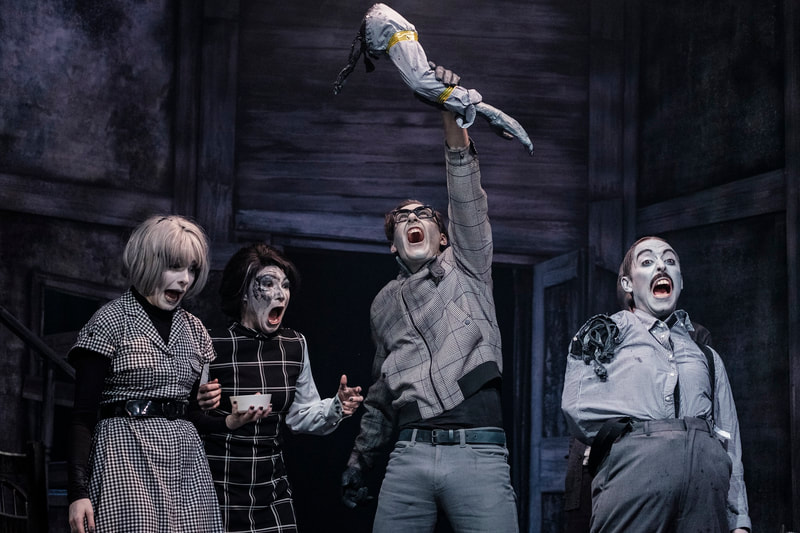 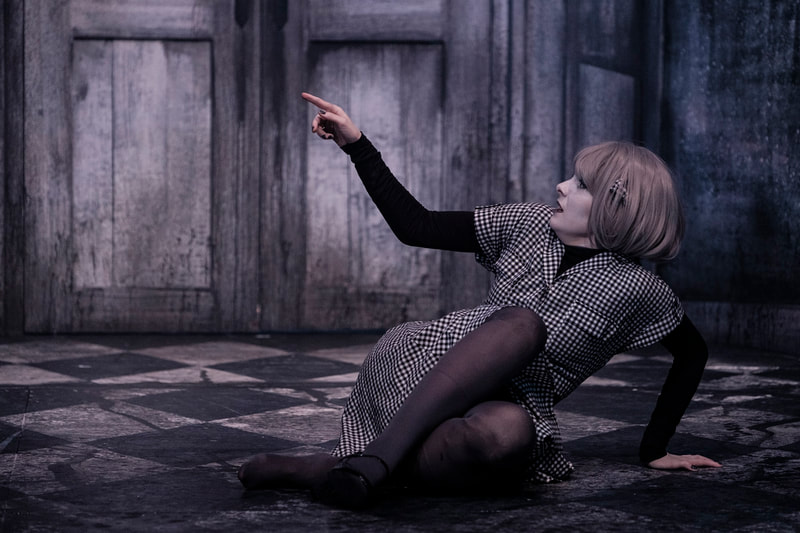 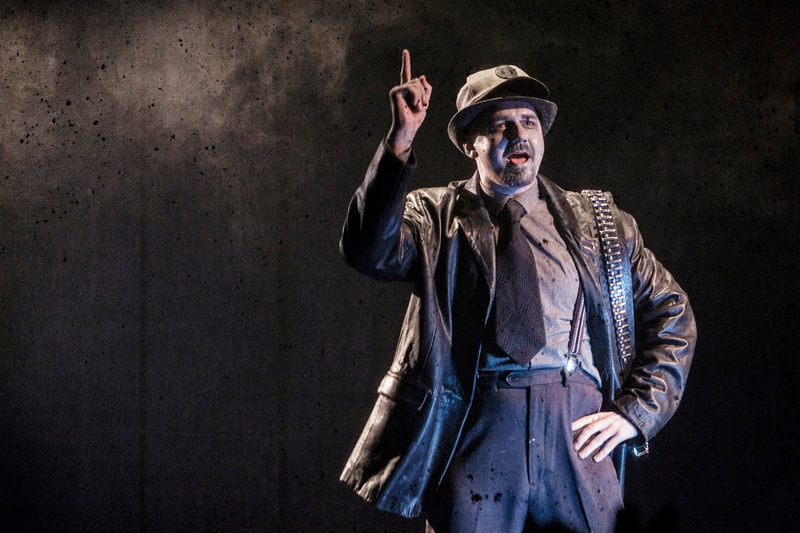 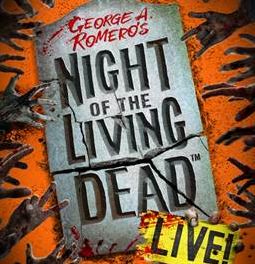