This is the 20th year for Halloween Horror Festival at Movie Park Germany, which is one of the biggest Halloween events in Germany and is easily accessible across the Netherlands border. With a total of 8 haunted house (4 of them tied into a movie IP), they regularly change the line up to bring new experiences.
​
New for this year is Wrong Turn, which has been built in the old Ice Age dark ride which closed down over two years ago. Upon entering the attraction, we were treated to three pre-shows, to introduce us to the story and the lanterns. Yes, this scare attraction includes the unique Haunted Lantern technology, like that found in the helmets of Skinsnatchers at Alton Towers. After the pre-shows we entered the forest and every group of around 10 people were handed a Haunted Lantern which would be our only source of light inside the attraction. In a unique twist, we were walking through the former channel where the ride boats used to travel, which meant that the actors were often located slightly above us, in the huge sets of the former ride.
With us holding the lantern, the actors knew exactly when to time the scares and with control of the lighting they could use the darkness and change of light to appear right next to us, giving some great scares. There were even a few moments of panic when the light went off completely, leaving us in the pitch black, not knowing where to go. This really was the highlight of this year’s event, and we loved everything about it.

Hostel was new in 2017 and is a pretty intense scare attraction, in its own right. We preferred last year, due to the fact there were more actors and a few scenes appear to have been removed (such as the quite controversial sex projections - yes it starts in the red-light district in Amsterdam just like the movie!) It’s still a great scare attraction though and includes a fair bit of pushing and pulling from the actors. Sadly, the finale seemed to be missing something in comparison to the rest of the attraction.
Insidious has remained unchanged from previous years, but is a great attraction in its own right (especially if you love the movie franchise)

Slaughter House is a great maze, but we felt there weren’t enough actors in it. But the final room is always fun as it is just a big space filled with fog and once again we struggled to find our way out!

DeathPital is in one of the former movie stages. It is also huge, but again seemed to be lacking actors this year. Maybe we just had a bad run through.

They also have two outside haunted houses Carnival and Campsite, which are both fun but nothing too exciting for a seasoned scare attraction visitor!

Throughout the year, the park also has a permanent Walking Dead attraction, which was open for Halloween. The maze is an upcharge attraction  but hasn’t changed in years, so we didn’t go through it this year. Generally, we have found this experience to be lacking in actors in the past, and with several of the other mazes apparently low on acting talent we didn’t think this would be any better!

The advertised scare zones weren't the most populated we have seem - mainly with just a few characters interacting with guests and each other as opposed to actually providing some solid scares.

Although our review sounds a bit negative in places, this was only really because the returning events felt a bit flat after the new excitement of Wrong Turn. We really enjoyed our night at Movie Park Germany and as the event is held a theme park, we got to enjoy all the rides whist we were there! 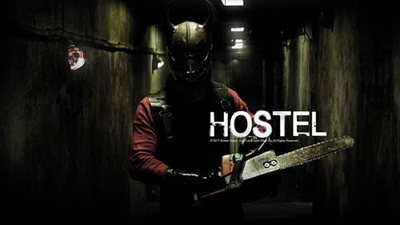 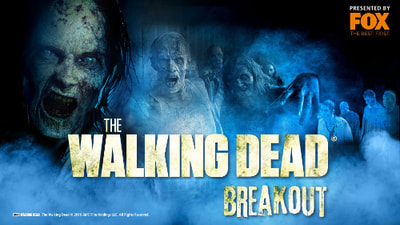 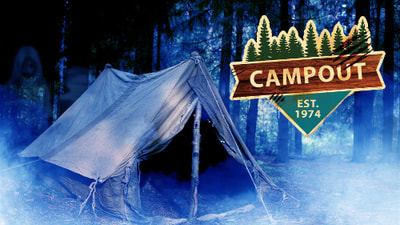 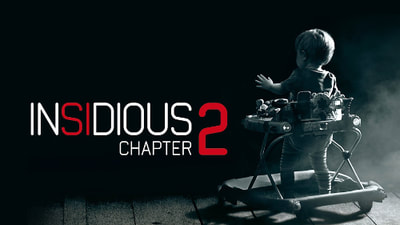 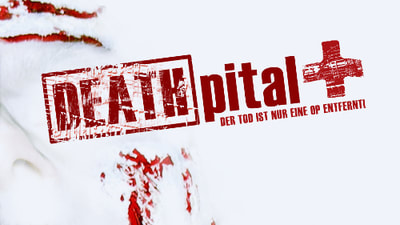 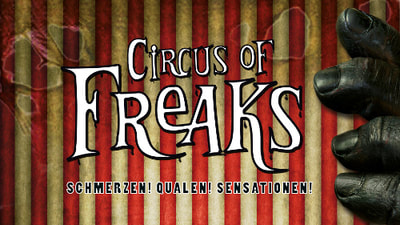 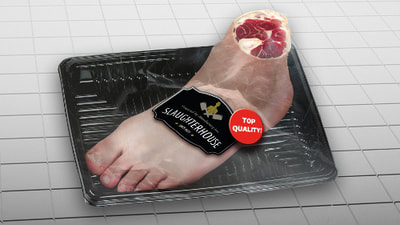 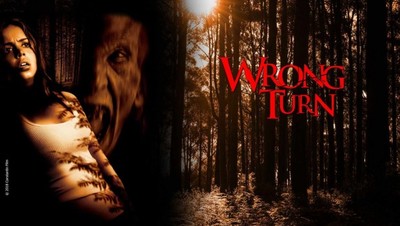 Since 1998, Movie Park Germany has been celebrating Halloween with its Halloween Horror Fest event. The park was the first to bring Halloween to Germany and in the beginning was just a small one day event on Halloween Day. Since then, the event has grown up to the "biggest Horror Event in Europe“ with 2015 hosting 6 mazes, 2 scare zones and over 260 monsters!

The six mazes are The Slaughterhouse“ (new for 2015), Evil Dead (licensed Outdoor maze - new for 2015), Infected (former Walking Dead Maze - now without the AMC licence but just the same maze), Deathpital (the German bloody version of Thorpe Park’s Asylum), Baboo Twister Club (the only maze which allows youngsters) and last but not least - Circus of Freaks.

The new Halloween attraction, The Slaughterhouse, tells the story of a world, where animal meat is contaminated with some virus, making the  consumption of it impossible. So, the Slaughterhouse offers just "human meat“ for everyone, who has the money. If anyone needs something like a new car or just money, they are allowed to donate something, that they don’t need from their body. It may be a weird concept, and we had worried that the maze would be too gory but it turned out to have the best theming of all the 6 mazes and an interesting story to tell. We had many jumps and scares along the way and the finale was just so confusing and scary as there was so much fog. So much so, in fact, that we couldn't see our hands in front or our faces!  It really was hugely entertaining and scary!

The other new attraction was a trip through the forest. But, like any good scare attraction, there’s something in the forest! Along the way we experienced a small cabin, a strange curse and many crazy women, who made us jump. This new Evil Dead maze was short but very effective, and a great one for beginners because of its length and lower scare factor. Nonetheless, it was a good quality maze

The remaining mazes were all returning from previously, but that didn't stop us enjoying them

Baboo Twister Club would normally be the maze for beginners and younger teenagers, who are not old enough for the other attractions. But to be honest, this maze is not as tame as you might think. Although not as graphic as the other mazes, the scares were as heavy as the scares at Slaugterhouse or Evil Dead. This Club should not be underestimated and we recommend it to anyone who likes it loud and rough. For anyone else - just shut your eyes and go for it - just don't forget your ear plugs!

Another outdoor maze is the Circus of Freaks which we really enjoyed! In fact it was our favourite across the whole event. The scares and jumps were the heaviest of the whole event and the attraction made us scream several times! The whole attraction is even better in the dark and should not be missed!

Last but not least, there is the biggest and longest Haunted House of the Event (and, according to Movie Park Germany - the biggest in Europe) Deathpital is very similar to the Asylum in that it presents a hospital, full of crazy patients and doctors. After Slaughterhouse, Deathpital is the second bloodiest maze at the park, but is suitable for people who tolerate less horror and scares. It’s actually more of a funny but disturbing trip through the hospital with some great theming throughout.

Besides the mazes there are two scare zones with a lot of different characters. They don't have a specific theme but at night time create a great atmosphere around the park. Especially when moving between the scare mazes or any of the usual park attractions that remain open during the event. So, if you need a short break from horror, you can take a ride on Germany’s first wooden coaster - Bandit or you can ride the unique horror coaster -Van Helsing’s Factory.  As everything is included with park admission it makes a whole day out good value for money.

With the mix of rides, scare zones and attractions, there is a lot to do at the park and if you like Horror then you are going to love Halloween Horror Fest 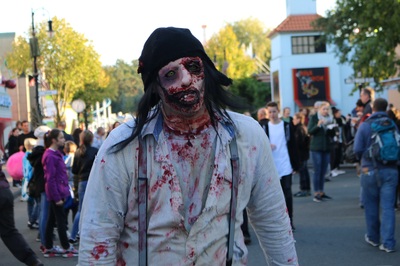 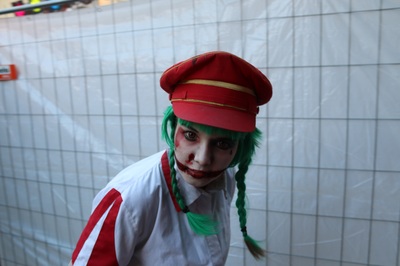 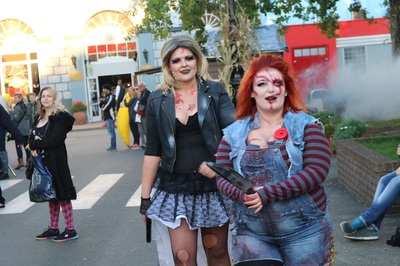 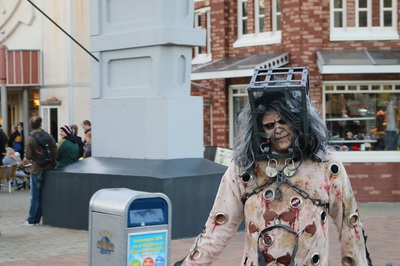 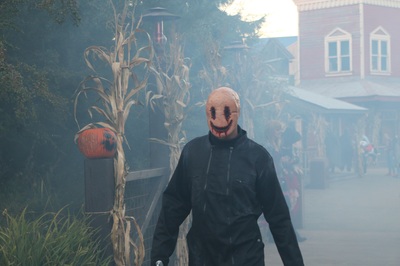 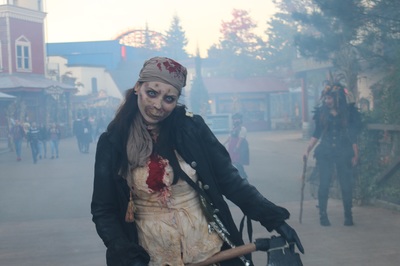 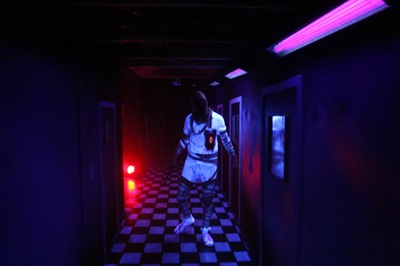 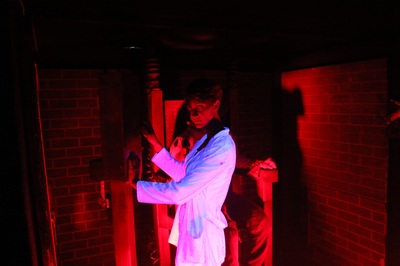 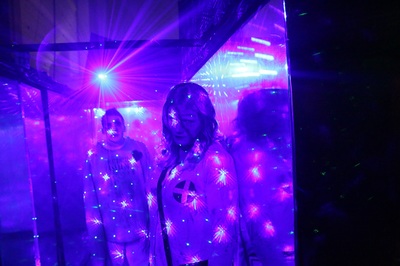 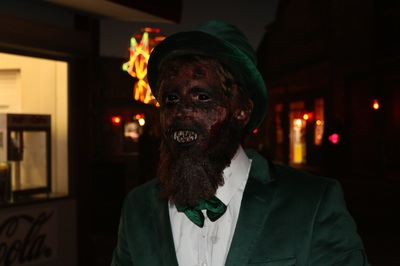 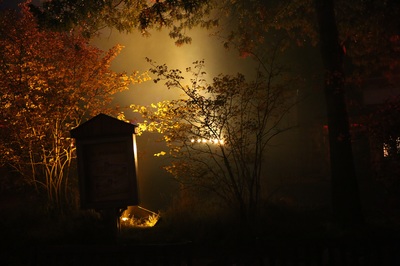 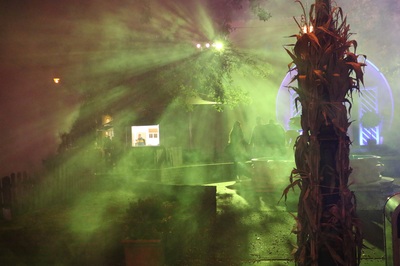 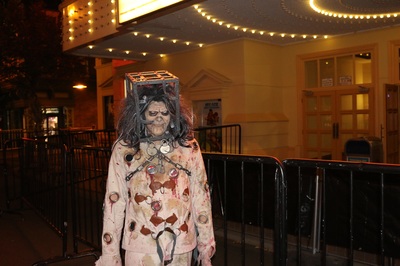 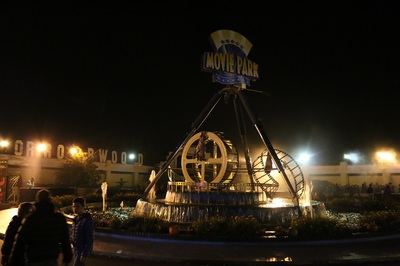 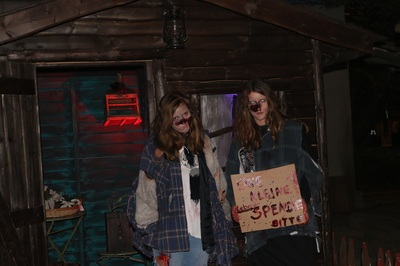 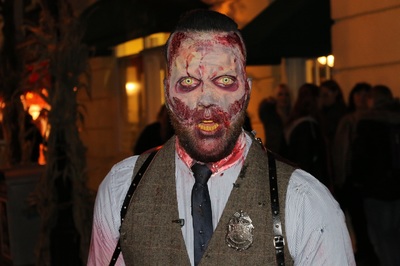 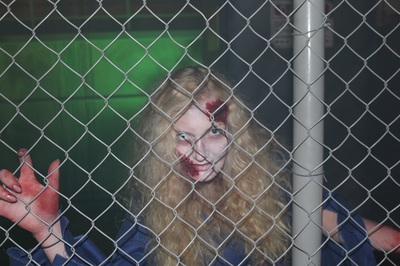 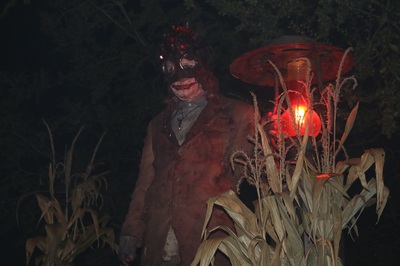