Before we get into this year's review - we need to point out the struggles that the team have had to deal with this year. They told us that one hour before opening for the season, they were swooped on by an army of council inspectors intent on closing them down. Now this wasn't a random building inspection but an orchestrated attempt to shut down the attraction and cause as much trouble as possible. Now we fully endorse that all attractions should follow all aspects of health and safety to the letter, but it appeared that this team had never inspected a scare attraction before, ruling to close it down for things that are prevalent in scare mazes the world over, such as crawl tunnels and confined spaces. Fortunately the team at Madhouse were able to work closely with the authorities, and a day later the mazes were opened to the public with just a few general modifications.

It must have been a relief for the team to finally open, as we visited on opening night and it was clear that they had put a lot of effort and thought into this years event. The two mazes were well designed, well built, well scripted, and very well acted. In fact it was the acting that stood out the most for us, as everyone from the older more experienced actors down to some very small kids, stayed 100% believable throughout. The classroom and quiz show scenes were absolutely chilling in the way the very young actors stayed in character throughout. There was no smirking at the scared guests or larking about with each other - each child actor was focused and ready to scare.

As well as genuinely terrifying, some of the scenes were just completely bonkers. The aforementioned quiz show was something we have never seen before, and their Exorcism scene really pushed the limits of what could be performed in such a format. All the rooms were mixed with the right level of outrageous humour alongside genuine frights. This really was a show where we didn't know whether to laugh or scream!

Despite a general back story to each maze - Hollywood and movies in one and a private school in the other, each one had so many different scenes, that even looking back two days later we are struggling to remember what went where. With nuns aplenty, terrifying children, outrageous set pieces and huge belly laughs, the whole event has blurred into one hour of craziness. We vaguely remember being wheeled around the set in a locked confessional booth, later followed by someone having their arms cut off by a chainsaw. What order any of the scenes came in is now a blur, but we know that we had an absolute blast at all times!

It is clear that the team had been working a long time to perfect this event and the level of professionalism from all actors shone brightly throughout. Its difficult to say too much without giving the whole thing away, but all we can say is this was easily one of our highlights of the year. We cant wait to see what their twisted minds come up with next! 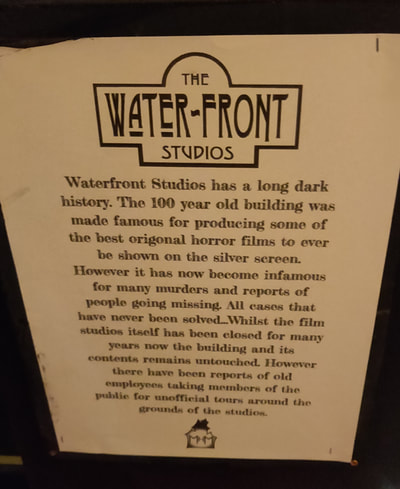 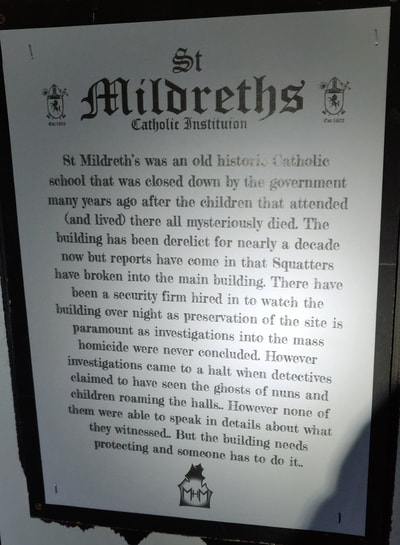 We loved Margate Madhouse so much last year, that we were delighted to hear the team at Madhouse were returning with an additional maze. The unassuming building could do with something to highlight the attraction but we get that can get expensive for independent venues like Westgate Pavilion. We’re here to be scared none-the-less.

Madhouse After it’s deserved SCAR Award for Best New Event, we couldn’t wait to get back inside this crazy maze. The intensity of last year is just as good, if not better. The teams confidence in their actors and scares ensure real conviction from everyone involved. The actors play their parts incredibly well, especially the children (yep, the children are still here). The small grouping of just 4 people ensured we all got equal attention and the brave one at the front didn't stay there long as clever diversions broke up and switched the group dynamics. This maze made us so anxious. We checked our fitbit during the event and our heart rate peaked at 169bpm!

Madhouse Margate is a great attraction and the team have once again clearly worked hard to deliver an engaging and scary event.

Margate Mad House at the Westgate Pavilion was probably our biggest surprise of the 2016 Halloween season. We first met the creative team behind the event at last year’s ScareCON and hadn’t even heard of the place, so while we were in the Margate area visiting more well-known experiences – we squeezed in a visit. And boy are we glad we did!

The Mad House has to be one of the most bonkers, scary, freaky and terrifying mazes we experienced this Halloween. It’s really  hard to explain why we loved this maze so much – it was generally a collection of random scenes – some hilarious, some bloody terrifying and it would seem that the team just threw everything they could imagine at the attraction hoping that something would stick. Fortunately for them, it all worked so well.

Where else would such unusual scenes as a man sat on the toilet covered by his own faeces be followed by a reception room where the female receptionist flirted with one of the girls in our team asking to check her out on Tinder? Later on we had half naked human babies, chilling child actors wanting to “hug” us with their knives and enough small spaces and crawl tunnels to make any claustrophobe break down and cry.

This was presented with such conviction and earnestness from all the actors involved that we were genuinely scared from beginning to end. The team (a few of them children) were absolutely terrifying in their performances and combined with some very creepy adults (Conjuring Nun we are looking at you!), the whole thing was a great blast of fresh fear and fun.
​
We love it when new events surprise us and Margate Madhouse, genuinely blew us away. It’s a shame that other large events take all the glory in the region as this was an experience like no other. We will definitely be back! 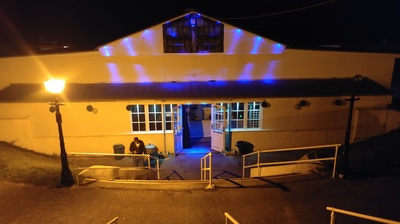 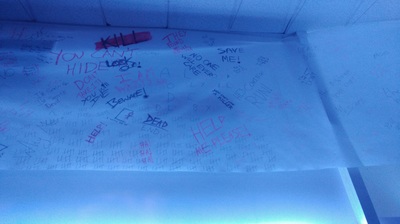 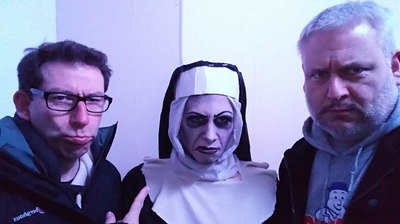 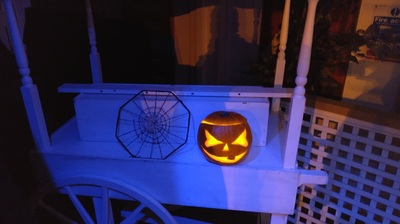 Very scary
Wow! What an experience!!!!
I took friends with me to the Scare Maze and they all loved it!
The quality of acting was outstanding, top draw!
I can't wait till next year!
I hear there is a winter wonderland Maze? If so im bringing the family!
Value for money? YES! Very reasonable!