It is well known through all the adaptation of HG Wells' original novel, that a human virus seals the fate of the Martians in The War of the Worlds. It is therefore quite ironic that a human virus laid waste to the War of the Worlds Immersive Experience for the best part of a year as the venue had to struggle through Covid lockdowns, social distancing rules and limits on indoor events.

But now, as the World (well the UK at least) is starting to return back to normal and venture out again, the team at Layered Reality have finally re-opened their incredible immersive event. So like characters emerging from the underground tunnels of the story, we stepped out into the real world to see what the damage was!

Fortunately War of the Worlds Immersive remains as impressive and exciting as it was when it first opened. Some changes have been made due to Covid limitations (we all had to wear black face masks to keep the VR headset from touching our faces) and the journey to London roaming VR scene has been replaced with something more theatrical and live.

And this is something we cant stress enough about War of the Worlds. Many people believe that it is just a VR experience, but there are only three large VR set pieces across the 20 plus scenes. All the other scenes use other technology, special effects (such as fire) and of course some extremely detailed sets and lively actors.

The whole thing comes together to present a two hour comprehensive story led experience that is complemented by Jeff Wayne's iconic music. The VR scenes are used for the more fantastical elements of the story but a lot of the scares and atmosphere are created by the scenes that surround them.

We really enjoyed the show when we first experienced it, but seeing it again with its new segments, just reminded us what a vastly impressive achievement it really is. And you don't have to be a fan of the original music to enjoy it. It really does add to the atmosphere if you know the score already, but any Jeff Wayne newcomers would get as much enjoyment out of the visuals and sets and the music ever feels obtrusive or in the way!

The show is currently booking through to October  but remember- the chances of anything coming from Mars are a million to one they said, yet still they come! 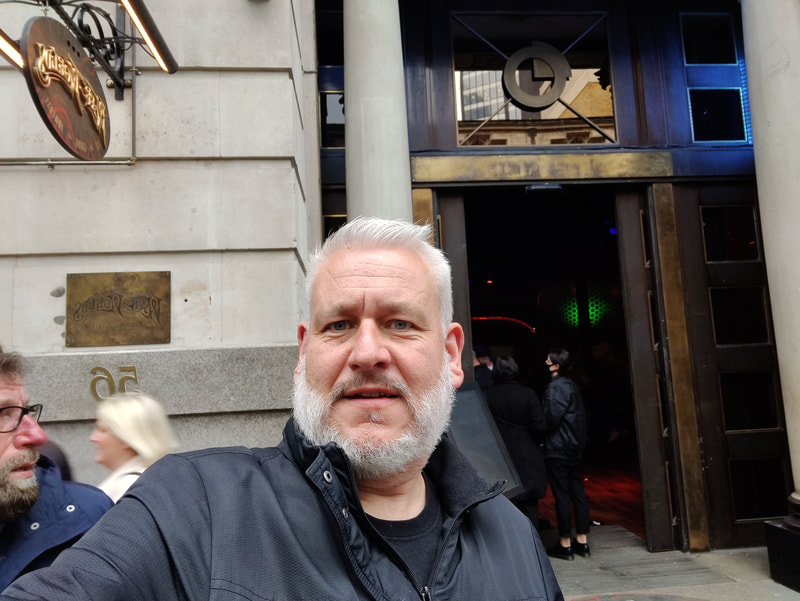 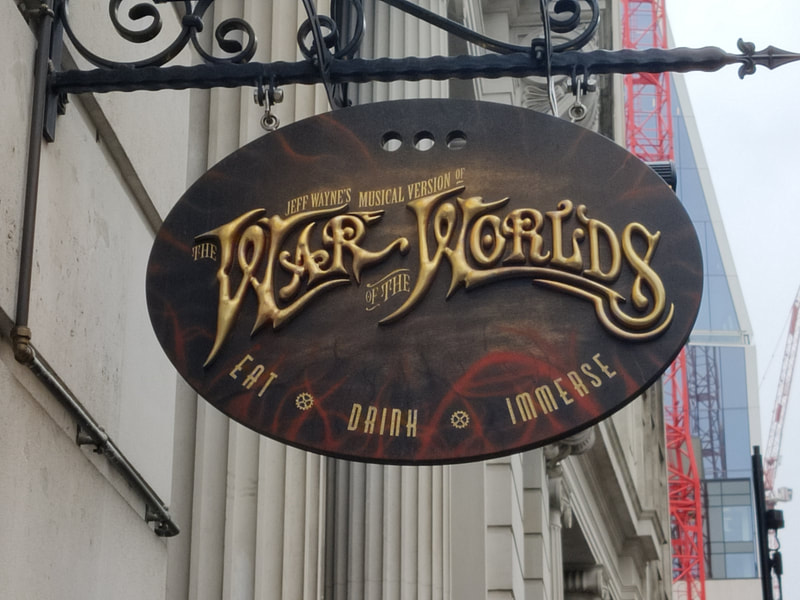 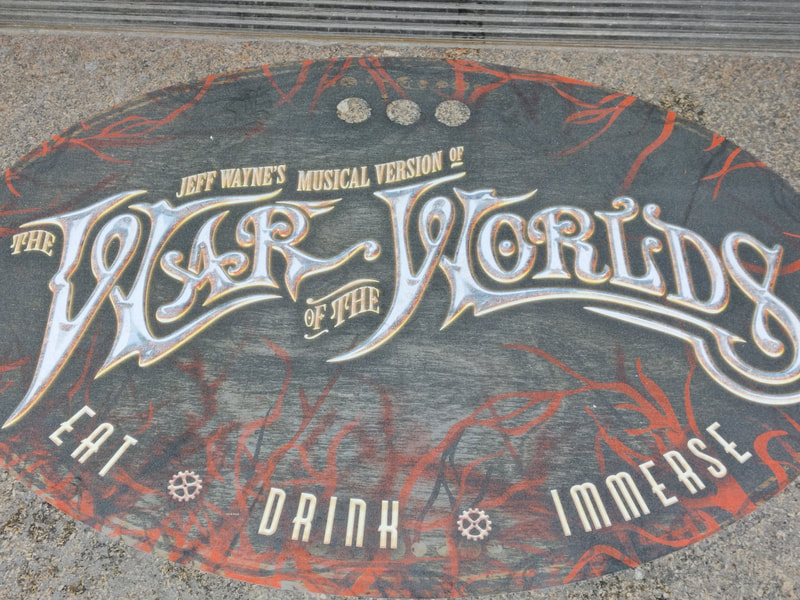 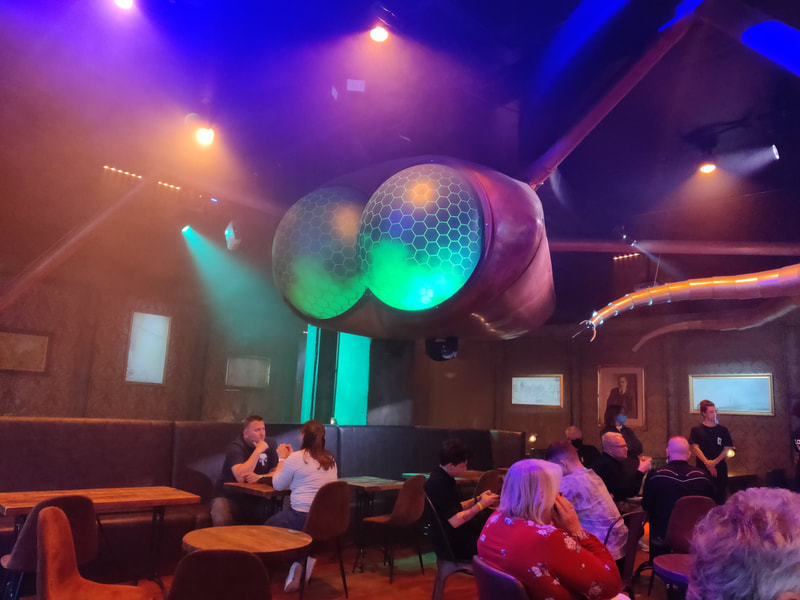 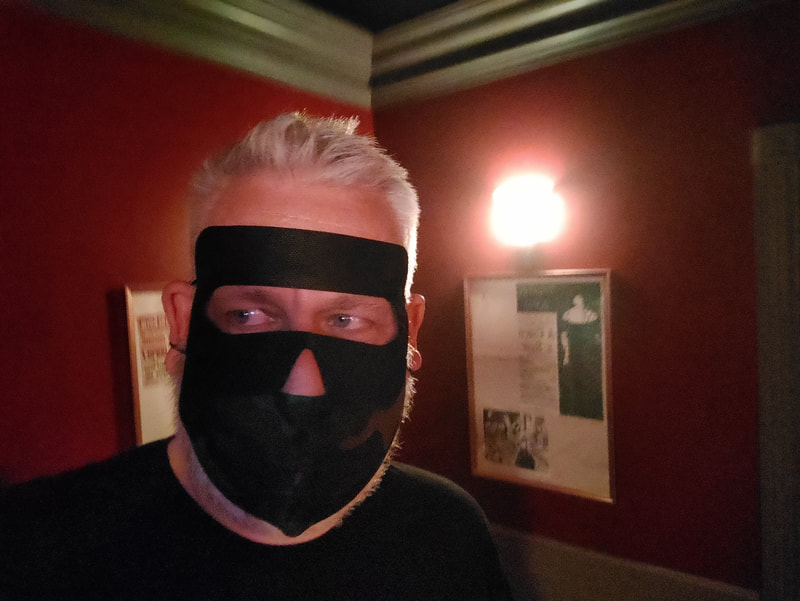 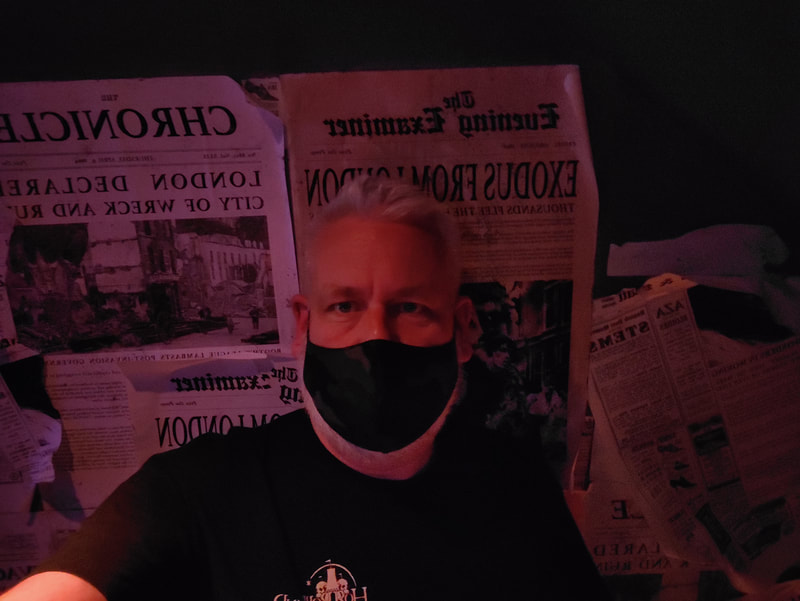 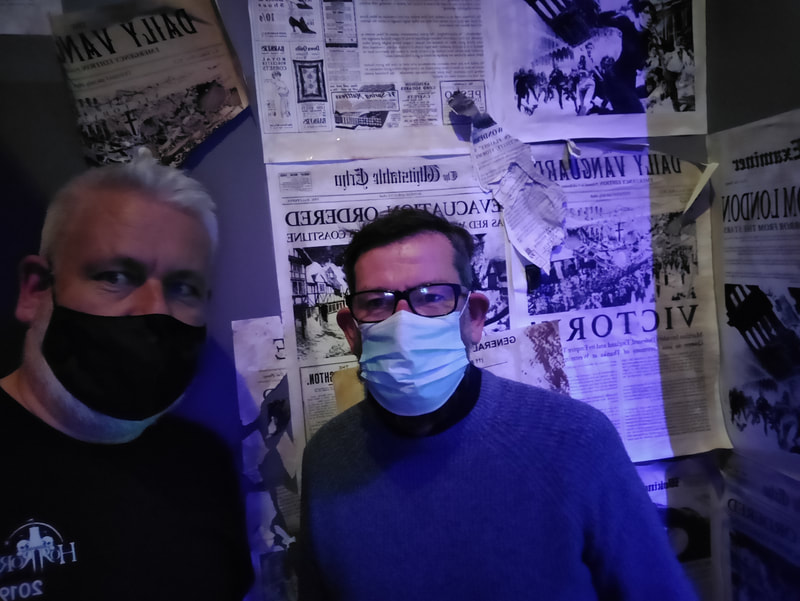 ​War of the Worlds Immersive Experience

Following the success of Somnai, dotdotdot have focused their technology and immersive theatricality towards the much loved audio classic - Jeff Wayne's War of the Worlds. The concept album has sold over 15m copies worldwide, and has spawned video games and live concert tours, making it the perfect starting point for this brand new immersive experience. Told in two halves, with an intermission, the show is an exciting mix of theatrics, detailed sets and effects, authentic costumes, and cutting edge technology. Each scene different in style and execution but all working together to create an exciting cohesive experience.

Unfortunately, one of the biggest problems with relying on such cutting edge technology is that, impressive as it is when it works, it isn't immune to the odd glitch or error. For example, we missed the whole of the battle with Thunderchild scene as our headset failed and there was no spare units available. The staff member had to just describe what was supposed to happening to us instead. In another scene, the CGI version of a member of our group turned into a terrifying set of floating eyes and teeth. It was unintentionally horrific, and actually made us jump when we turned round in the VR, and it was right behind us!

Talking of jumps - although this is not intended as an over all scare experience, there is one particular scene - set in George's House that has been designed to be truly scary as the Martians start to attack. This scene just used old fashioned techniques and darkness, and was just one of the multiple highlights of the whole experience.

We don't really want to give too much away about the show, as it really is something that is best experienced for yourself. We were petty unsure as to how it would all work, but as soon as the opening beats of the famous Eve of War track started we were hooked. As fans of the original album it felt amazing to be able to be completely surrounded by it from beginning to end, with the VR technology and immersive nature of the show, totally complementing the soundtrack. Add in the chance to drink some themed cocktails in the Red Weed Bar in the interval and the Spirit of Man bar afterwards, and it all created a really fun and immersive night out.

Finally - having visited on press night we had the very rare opportunity to meet Jeff Wayne himself who was impressed as to how his musical vision had been translated into a full immersive experience. High praise indeed! 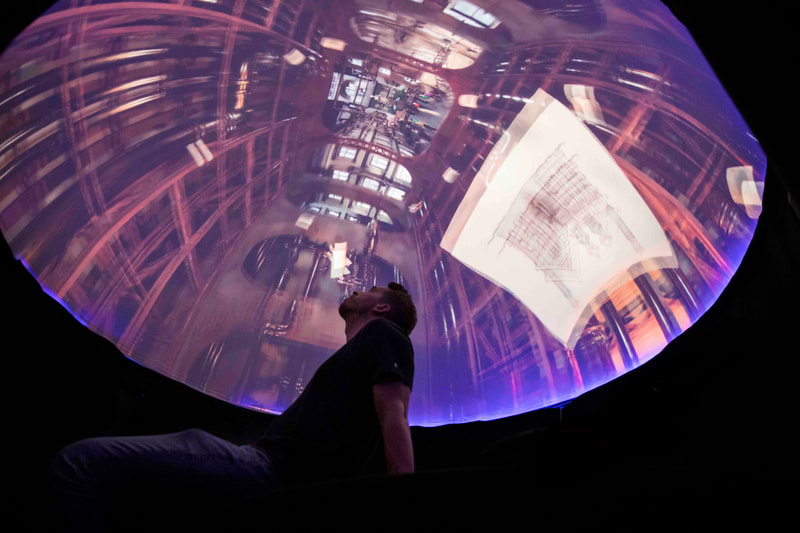 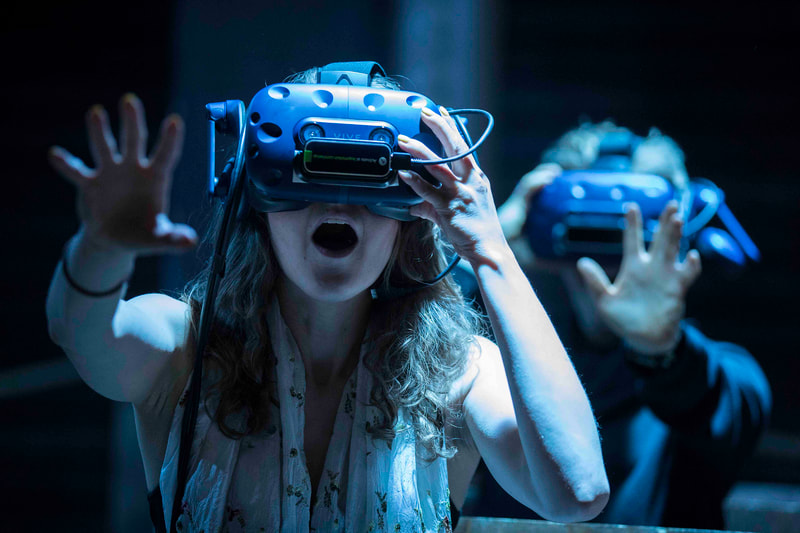 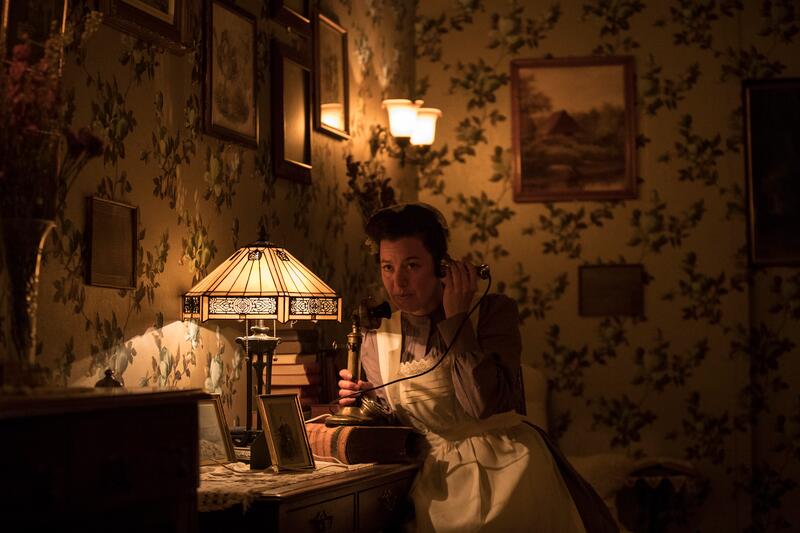 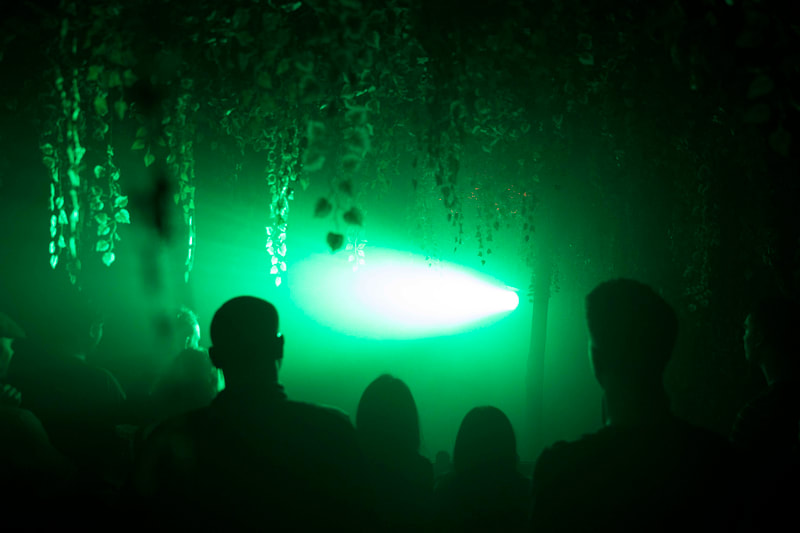 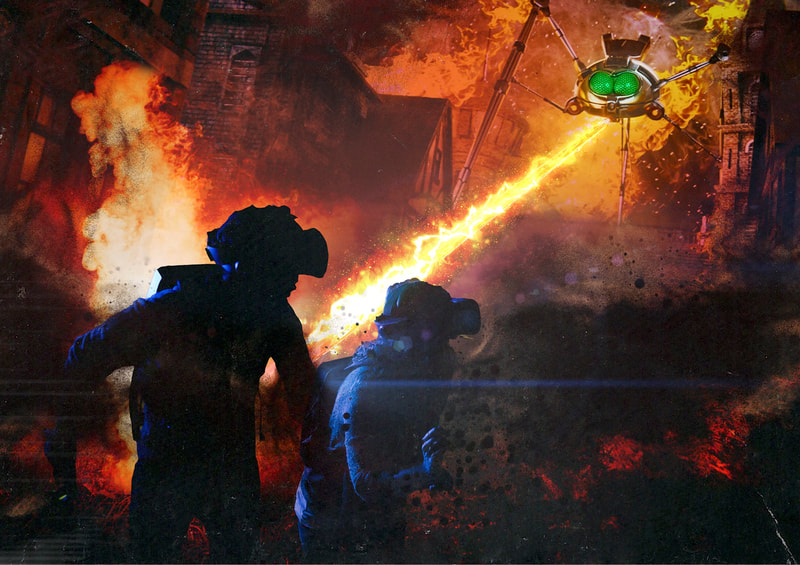 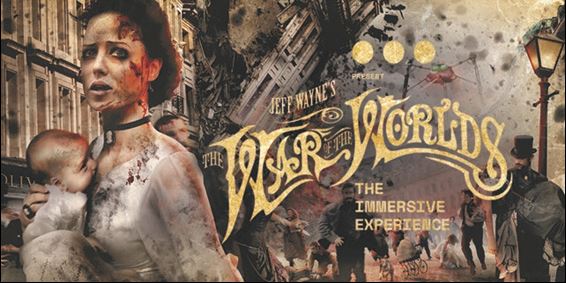 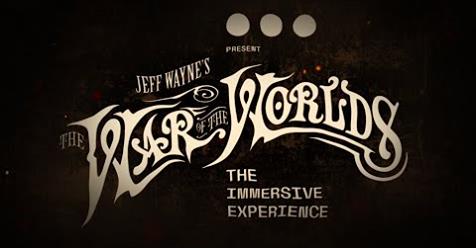 Somnai was launched with great fanfare 6 weeks ago, and with the dreamlike images and tagline of “Sleep With Us”, we were not sure whether this would something to cover on ScareTOUR. After a pre-opening preview - we knew that this definitely had a place on the site, but being effectively a dress rehearsal, a few key scenes were not fully functional. We were obviously thrilled when we were invited back during its full run. And wow! – what a difference a few weeks makes!

Obviously, part of the show is the mystery of what will happen, and we don’t want to spoil it, but we can say that it a wildly ambitious piece of immersive theatre that mixes live action, detailed set pieces and some impressive VR segments that utilise the concept of Layered Reality.

Where we really noticed a difference was when we were instructed to put on our sleep masks (VR headsets to you)- the immediate view was the same as the room we were in. It really helped the scenes feel more immersive and a continuation of the action, as opposed to just another reason to put on a VR headset. The tactile elements within each scene also help, and we can’t say why, but several times, members of our group yelled out at something “non VR” that was happening to them.

Perhaps the weakest of the VR scenes was probably the most technologically complicated. With a backpack strapped on, we were encouraged to walk out into the world unaided. We could explore, reach out and touch items as well as seeing a “ghost version” of our colleagues. Again – the use of other physical elements really helped the illusion and despite knowing we were on a flat surface, it was difficult at times to step forwards when your brain is showing an undersea cliff edge or drop. It really is stunningly realised, but being a non “photo real” environment – it’s hard to get totally immersed.

And then of course, after thinking that we knew the format of the show, all bets were off as the producers threw a couple of curveballs at us. We were forced to make some important moral decisions along the way, which channeled us into a series of beautifully themed rooms. Let’s just say that dreams can often lead to nightmares, and the live nature of these scenes wouldn't look out of place in a regular scare attraction!

And then there was that ending. We had no idea what was going to happen, so settled down for our final sleep with some trepidation. Clearly, we had made some wrong moral decisions along the way, but even in virtual reality the ending was intense, and was aided some great physical elements.

Once back to the real world, we spent some time in the incredibly atmospheric bar. The projection mapping changes on a regular basis as does the accompanying cocktail menu. We also took advantage of the app and loaded up our patient stats as well as checking out the augmented reality drinks and the 3D mapping of our heads!
​
Overall, Somnai is a stunningly original dreamlike experience that has an ethereal quality throughout. The brand of layered reality (using VR with tactical effects) is a great use of technology and despite the obvious physical element of getting in and out of the masks, the extra depth really adds to the experience.  The show won’t be in London forever and is planning to move to other major cities worldwide. Therefore, if you want to be a better person than you are now, then all you need to do is sleep with Somnai. We did – and it is an experience we will remember for a long time! 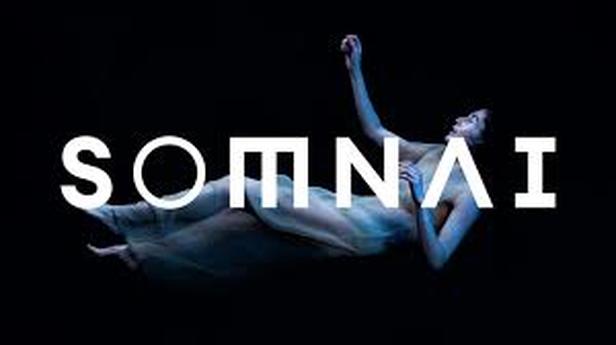