The Jungle NI, located about an hour North of Belfast, originally opened as an outdoor activity centre, but over recent years has been expanding its Halloween offering. The event now includes five scare mazes and the Woodland Trail all scattered across a massive site. We would definitely recommend a good pair of walking shoes if you visit.

Pulling up to the car park, we were immediately assaulted by a chainsaw wielding maniac. This was not just someone casually waving a chainsaw around - the actor could be found climbing in and out of people’s cars and even hiding under 4 by 4s! The interaction with incoming and queuing guests was fantastic and really set the scene for the night. As did the frankly terrifying little tunnel under the main road that hosted a couple of very creepy twins waiting under the flashing lights (see the video below)

So once inside the park proper, we were faced with a very large map (needed to find our way around) and the entrances to the first two mazes. The park sells different tickets and guests can chose how many attractions they want to experience in the night. With a pile of tokens in our hands, we headed to our first maze (well that was after being insulted and abused by a redneck with absolutely NO concept of personal space and a killer clown with an annoying hooter!)
Inbred Horror House - The first thing that struck us about this house was the instantly recognisable voice issuing the safety warning. It was none other than the beautiful Esmerelda (more commonly known as the spokesperson for Tulleys Shocktoberfest). It turned out that she was the voice of several attractions and Toni Lilley from Scream Park Entertainments had recorded the introductions specifically for this park. The connection to Tulleys seemed to continue throughout the maze as Inbred reminded us a lot of The Shed at The Howl or The Cellar at Shocktoberfest. The sets were beautifully detailed with many different and exciting hiding places for the actors to pounce from – and pounce they did! We were one of the first groups through that night and the energy from the actors was electric. This was made even better by the fact we had a scare attraction virgin with us so it was hilarious that we threw her straight into such an intense house!

The Slaughterhouse is new for 2017 and can only be described as a generic hood maze. What surprised us was how steep some of the pathways were and how lively the actors were. The sound effects and multi dimendaional sound of squealing pigs around us really added to the atmosphere. There is very little new that can be done in a hooded maze, but we enjoyed the experience and had multiple scares throughout.

We left the main show area, heading for the next maze and we appeared to get a bit lost. The map showed a long path to the clown maze but even we were surprised just how far away it was. In the distance at the top of the hill we could just make out some flashing lights so headed towards them through the darkness hoping we weren’t about to get lost in the Irish countryside. Fortunately, we soon started to hear carnival sounds mixed with screams, so knew were were in the right place. At the end of the path, we could see a second event space, this time featuring another two attractions.

The Circus was built in a marquee and was like a Greatest Hits album of clown mazes. The attraction had multiple routes, crazy clowns and a pounding soundtrack of calliope music and screams. Although the maze did not do anything original or different to other clown mazes – we had a great time and received a number of quality scares throughout.

The Hellish Hay Cart takes a trailer full of guests out through the cornfield where of course – all hell breaks loose. Like other hayride attractions – different characters came on board the trailer for some close up interaction. These encounters were more theatrical than scary but were accompanied by multiple attacks from outside the trailer. The ride also passed some incredible set pieces including the fire spewing combine harvester from Hell and an enormous church yard scene. The whole experience was really well done and was a fun counterpoint to the non-stop scares found in the other attractions.

Leaving this area, we were faced with another long walk – this time through the forest to experience the final maze attraction – Claustroforest. The walk through the woods was beautiful and eerily illuminated and the darkness echoed with the sounds of multi directional voices emanating from different sources. It was great creepy touch to add extra atmosphere to the walk.
Claustroforest was the final maze and was easily the longest one at the event. It is also a proper maze with a number of dead ends and wrong turns along the way. Populated with creepy characters throughout, the maze also had a number of great effects and set scenes including the fire cannons that exploded as we passed along an elevated walkway. One noticeable thing were the pig heads scattered around the maze. We thought they were special effects but it turned out these were genuine pig heads that had been left to rot. We visited over two-weeks before Halloween night and we have heard anecdotally that these usually end up dripping with maggots by the end of the run. Even as it was – they stunk really bad, and a lot of our time was spent making sure we came nowhere near them.

The Woodland Trail is effectively the park’s signature attraction and as such is an approximately 1 hour theatrical walk, up and over a massive hill at the venue. Just walking up some of the paths was difficult let alone when trying to avoid some creature or actor behind us. The show comprised of multiple scenes (some connected – some a bit disjointed) in multiple huts and cottages along the path. Clearly, the story was building up with multiple references to what might happen to us in the mine, so it was not a surprise when the path started to drop back down the hill and we entered the dark mine itself. We had already experienced a number of scares along the way but the mine finale was probably the most chaotic of the night. Locked in a pitch-black mine we were physically attacked by unknown assailants from all directions. Any concept of “they won’t touch you” was thrown out the window as we had things rubbed into our faces with whilst being jostled to plunge deeper into the darkness. It was chaotic and scary and left us leaving the attraction on a high!
Having now completed all the attractions we just had the simple task of heading back down the hill and through the tunnel to the car park. As we mentioned earlier it really is a huge site and after a night of walking, we were shattered. Maybe that is why we were not paying attention so was attacked several times by roaming characters on the way back! It was nice to get back in the car – just to sit down for a bit.

We loved our experience at the Jungle Ni, as it really is an event that has everything – with six different types of attractions each bringing their own style of scares – it’s definitely one to consider when planning a Halloween itinerary. 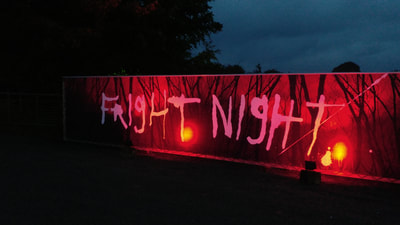 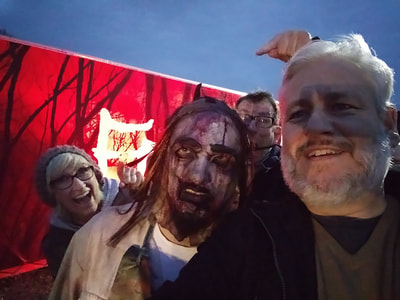 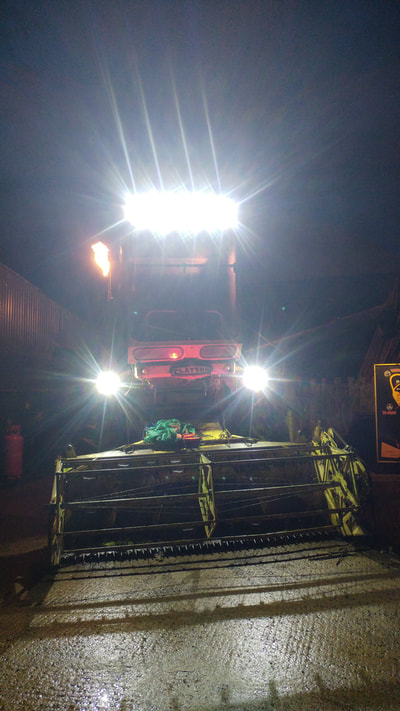 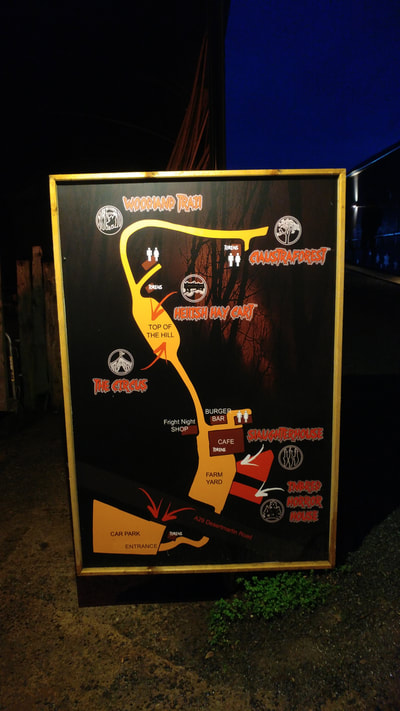 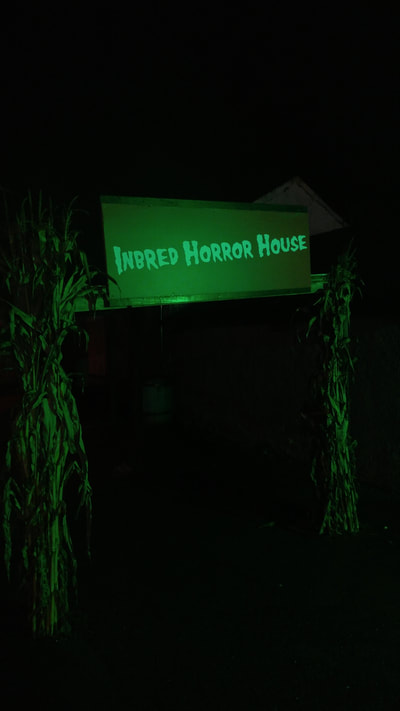 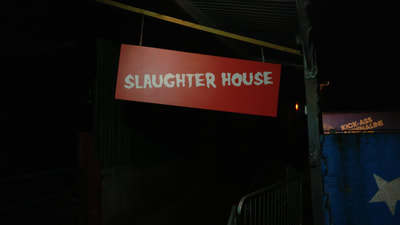 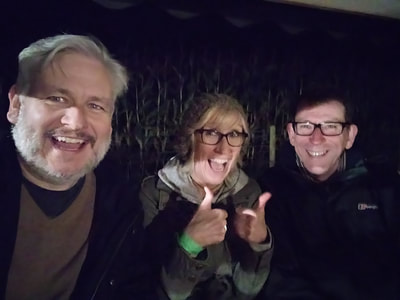 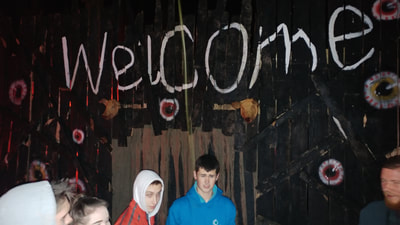 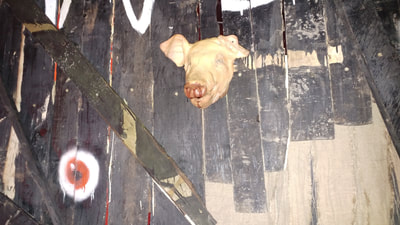 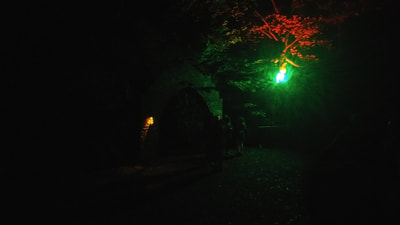