​Journey to Hell is back at Blackpool Pleasure Beach, with an enhanced line up and new experiences. We were invited along to press night to see for ourselves.

If you have ever been to Blackpool Pleasure Beach on an autumn evening before, you know how incredible the park looks in the dark, and tonight was no different. Coupled with its 125-year history, the park just seemed to ooze that Halloween feel. Added details such as a burnt-out car with various flame effects, led us into a courtyard where you can buy food and drinks before the real start of your Journey to Hell.

A local news reporter came on stage and talked about the event and the park before “Breaking News” flashed up on a giant screen and interrupts everything. Talking into his earpiece, the reporter said that there has been an incident and we must evacuate. Having left his microphone on, we could hear everything he was saying which was a funny and engaging way to start the experience.

As the emergency exit gate opened, we were greeted by very glamorous looking skeletal, Day of the Dead type characters who escorted us to The Legend of the Cursed River Caves. It’s here that guests join the queue for what would be the River Caves ride during the day. We were excited to see how this had been developed for Halloween and the characters mixing with us did a fantastic job – as stunning as they looked, they never spoke, never smiled or even flinched. They just glared evilly, completely unimpressed and getting close enough to make us feel uneasy. The ride itself however, sadly felt lacking. Not to spoil it for others as to what to expect, but we just felt there wasn’t enough and there were real missed opportunities even using some simple ground fog would have made an impact. Still, a quiet ride on the River Caves in the dark is something to experience.

From here we were on a set route around the park from attraction to attraction and this is where it got interesting because the route ends up backstage, behind the rides and into places that would be off limits during the day. For example, behind the River Caves is used as Hell Tunnel, a journey through the Circles of Hell which started with a good introduction and had a couple of good actors in it along the way.

There was an incident in one scene that we have addressed separately with the Pleasure Beach team because with Covid still very present, we (and others not in our party) felt it was unsafe and unprofessional. The fact that the same prop was being passed from mouth to mouth should not have happened and we believe this has now been removed from the experience.

Out of Hell Tunnel, we found ourselves at The Pledge which was essentially a magic show in a small theatre with some really nice-looking sets, costumes and detailing. You can imagine the characters we met here being angry apparitions of their former selves when they worked at the theatre in a previous life. The actual magic trick wasn’t fantastic and unfortunately just before we entered The Pledge was where the f-bombs and the “get out!” and the “what the f*** are you looking at” lines started to get used over and over.

Next was Blind Faith, a ride on Icon but blindfolded! We do like the Icon ride at any time of day but not being able to see a thing left one of us with the cold sweats! But there was no time to sweat though because next was The Dark Abyss - a ride on the Big One which we’ve done before when the park has late opening nights but is always worth doing. The ride is a favourite and the views of Blackpool at night from high up are great! The addition of the two rides are fun, and as theme park enthusiasts we appreciated the chance to do these rides in the dark, but they add nothing to the horror element of the experience, and are just a nice fun addition.

After the rides, Scare Maze was a walk around the rerouted Hedge Maze that people get lost in during the day. Perhaps some of them never made it out because now, at night, it was filled with souls trying to get out! Once out of the maze - Carnevil Freaks was a small scare zone that we had to walk through and was home to some very lively twisted clowns in good costumes and make up.

Last stop on the journey was the ghost train, now the Day of the Dead Ghost Train. Three characters danced around outside to music inspired by the festival and tease guests in to ride the train. Granted it would potentially be a Health & Safety nightmare but actors actually inside the ghost train would have been great. As it was - the experience was no different to the standard Pleasure Beach Ghost Train.

All in. Journey to Hell is a long event that takes you in and around the park with plenty of places to eat and drink, before and after. Using the rides again this year is an added bonus for anyone attending but not an essential part of the horror experience. It is also interesting that this year doesn't include a tour through Pasaje del Terror like previously - which was a great way to end the event on a high.

It seems that the team have learned from some of the mistakes from 2019 (see review below) but there still seems to be a way to go before this can be classified as a "must do event" We really enjoyed our night out and really liked particular parts though we felt there was a lack of impact in some of the scenes and far too much reliance on repeating the same phrases and sayings throughout. 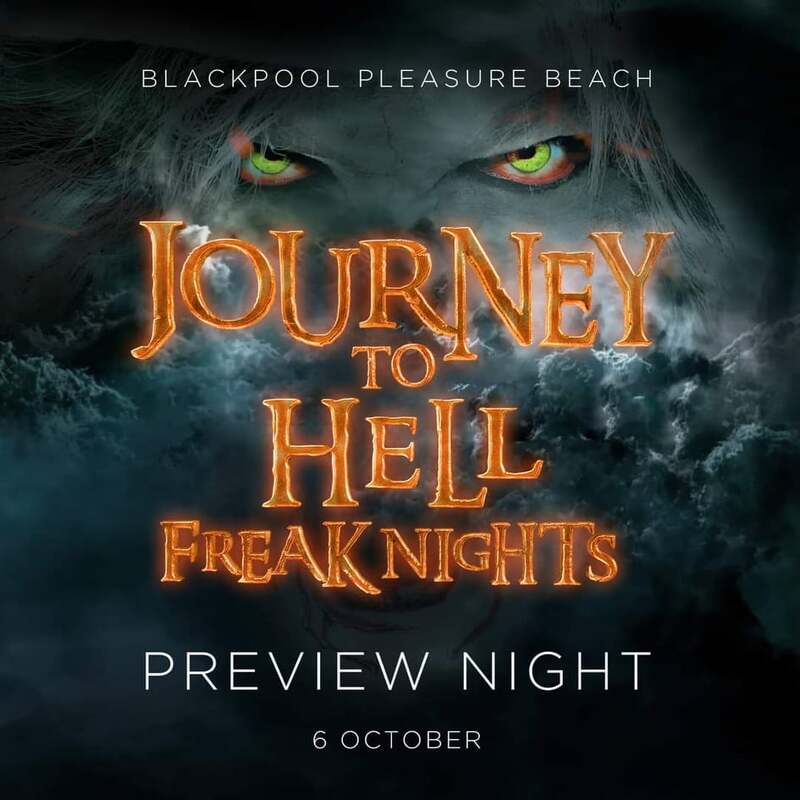 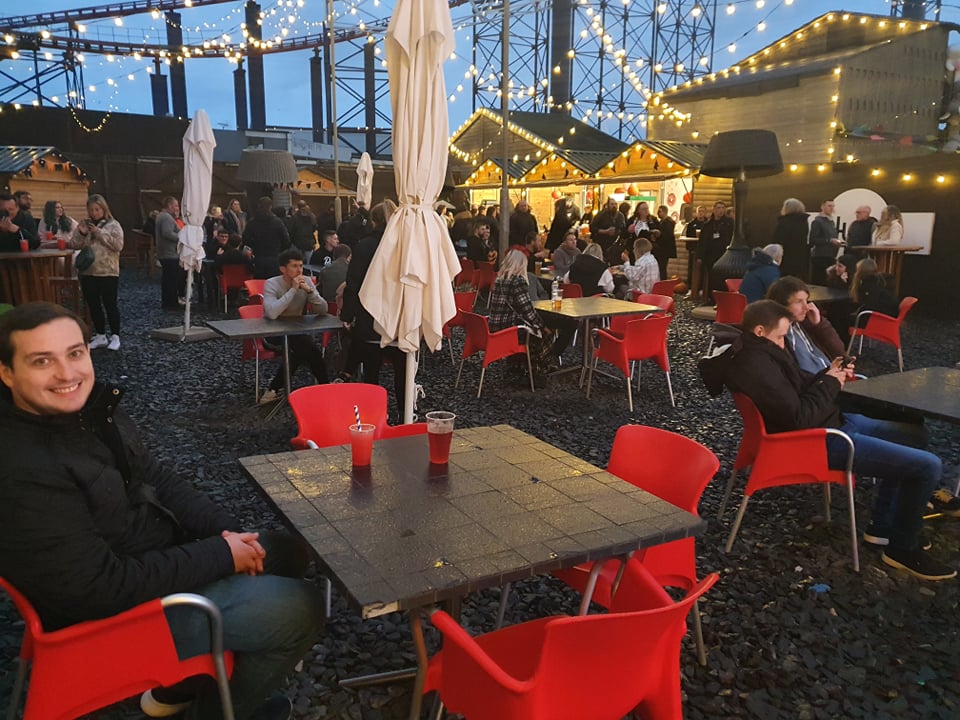 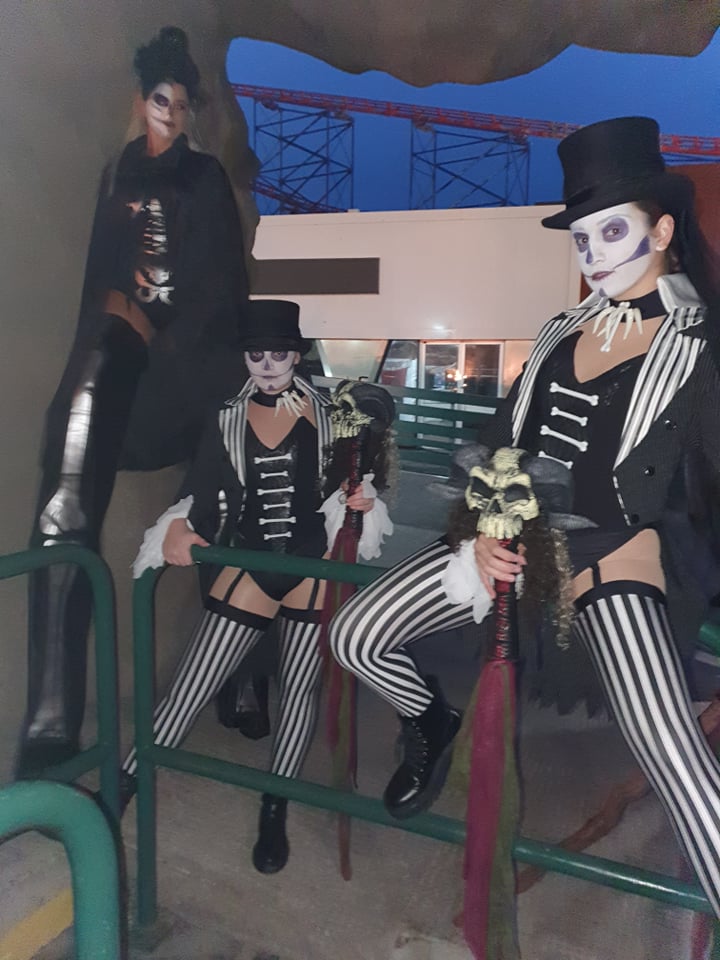 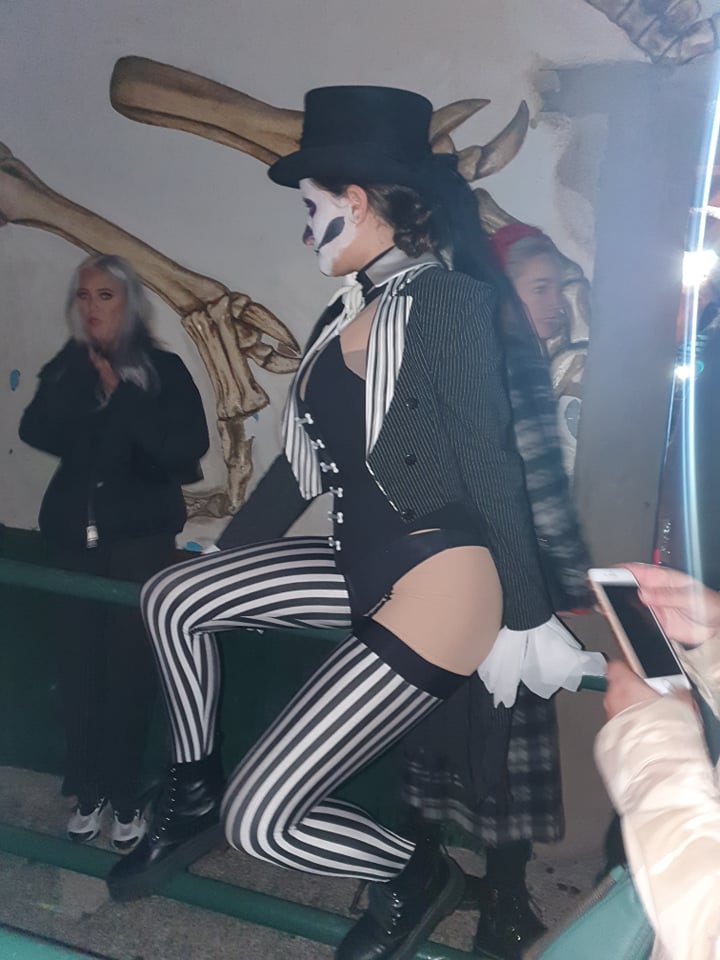 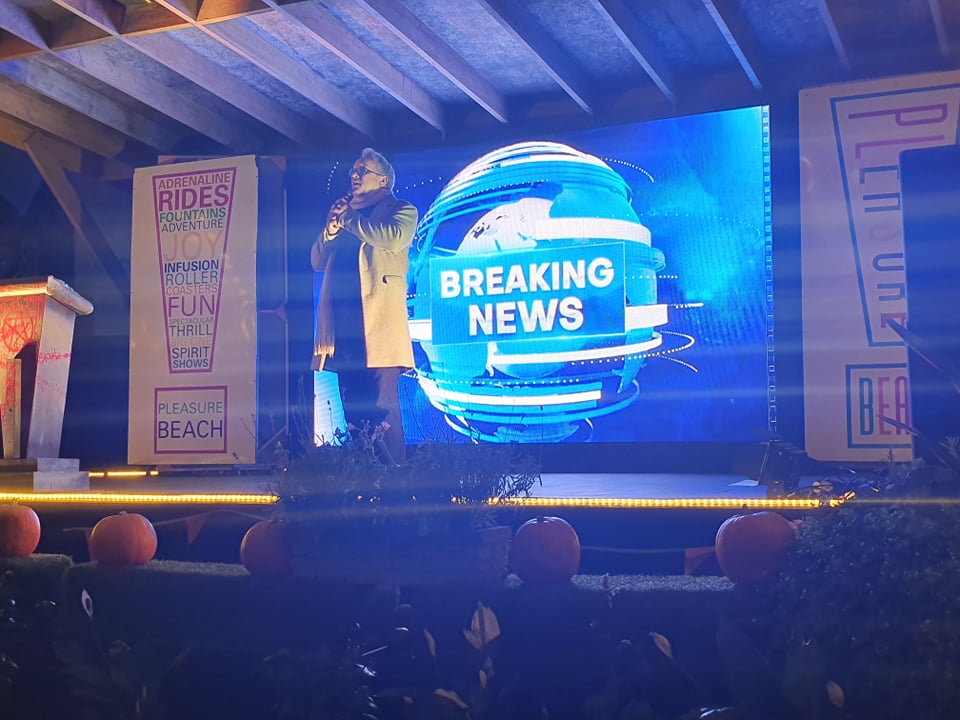 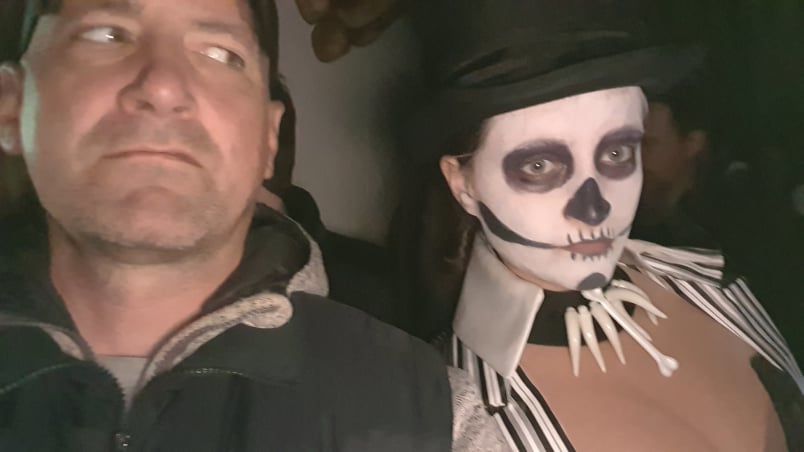 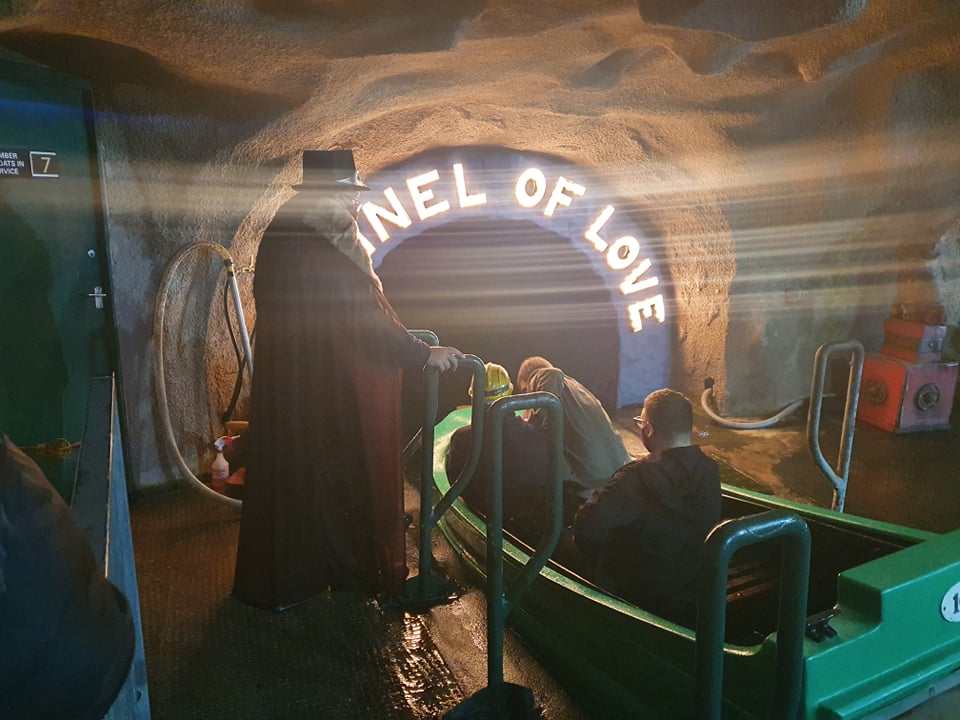 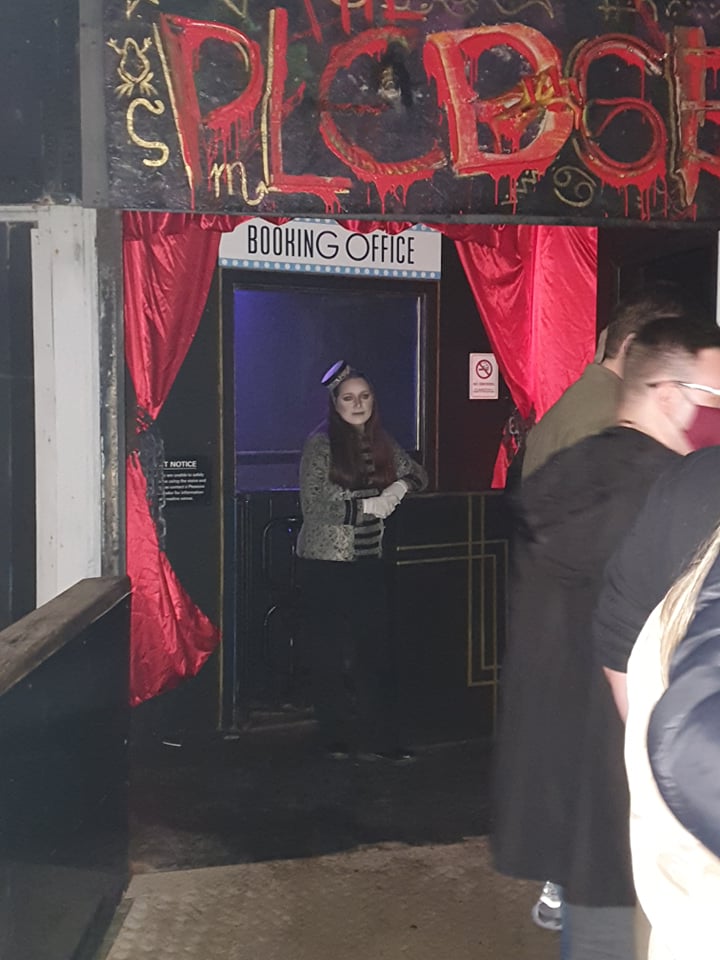 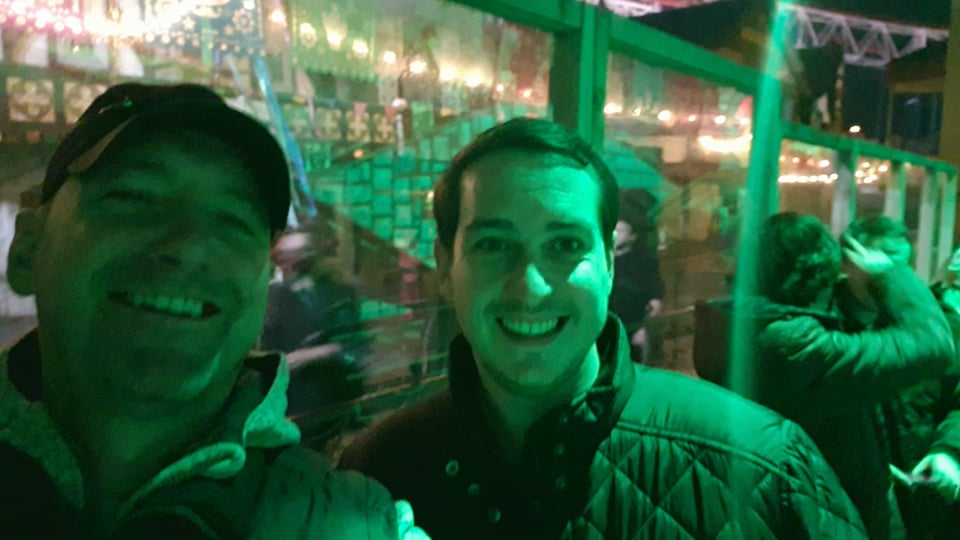 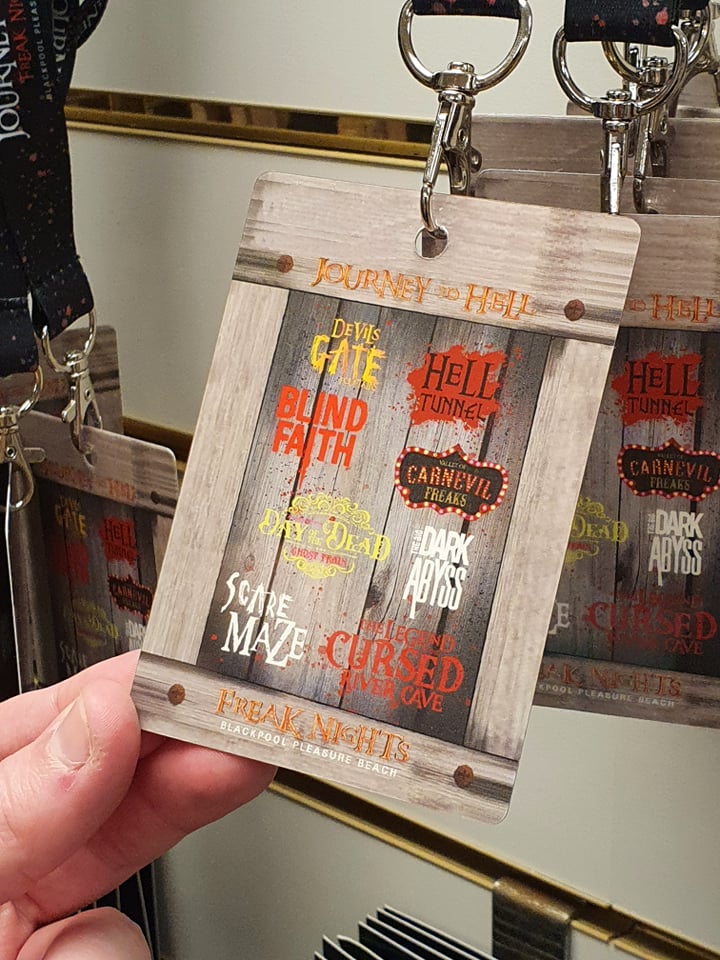 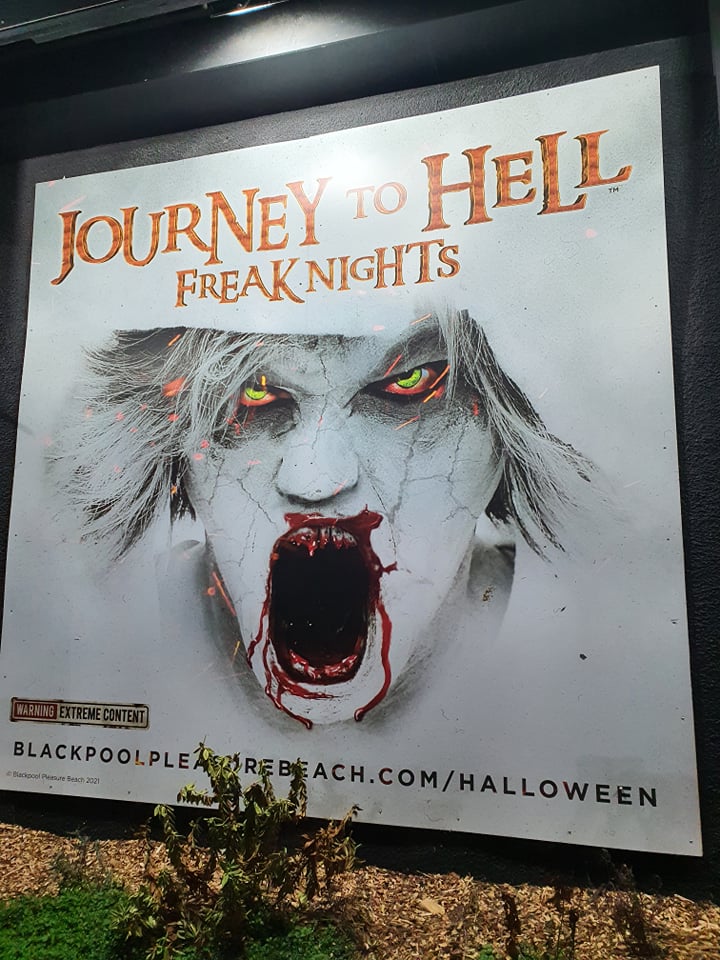 This year, Blackpool Pleasure Beach promised to take us on a terrifying ‘Journey to Hell’ with their brand new Halloween offering. But did it deliver?

The evening began with us being batched into 5 large groups, each consisting of around 30-40 people. We were then led, group by group, into the park where our journey would begin.

First up was a decontamination phase. Here the security officer explained that officials had been working to prevent various creatures spawning from hell-portals that had opened up within the Pleasure Beach. We were deemed a risk to this effort and needed to be cleansed. This involved large quantities of water being sprayed at us on a rather cold evening - just what we needed when we were about to spend 2 hours outside on a cold night in Blackpool!

We were then led to the fountain area of the park and entertained with some witty team building exercises while the other groups were led in behind us after their decontamination treatment. As the first group to enter and with another 120-160 people behind, there was quite a lot of waiting around at this point.

Finally, with everyone safely into the park, the experience could properly begin and the story unfolded. Within the fountain square we were welcomed again with a speech from the mayor. Sadly for him, we were ambushed and he met his untimely demise. Blackpool Pleasure Beach had again been overrun by the creatures they had been working to prevent. With more soldiers suddenly onsite, we were told to get to the floor as they tackled the creatures and then split back into our earlier groups.

From here, each group was led in different directions through the park on different missions under the instruction of the soldiers who assumed leadership of the groups. Unfortunately, this is where the experience completely lost its way. There were a total of 6 separate experiences within the park; the Experiment Lab, the Plague Doctors including a very unique ride, a clown maze using the park’s Chinese puzzle maze, the underground tunnels, the S&M arena and finally a run through Pasaje Del Terror.

With no clear narrative linking these experiences together, we found it really hard to keep track of any storyline and it felt as though the event lacked overall cohesion. The soldiers did attempt to yell instruction at times but with the group being so large and noisy, much of this was lost on us.

We also feel we should call out the ‘S&M arena'. Rather than make use of one of the large show spaces the park possesses, we were actually lead into the park’s admissions corridor where we were greeted by four women clutching sex toys, posing for photos - not quite the grandeur that the image of an ‘arena’ conjures! Maybe this wasn’t what that park originally had in mind either for this part of the experience either.

We were also surprised by some of evening’s rules which we felt impacted our enjoyment of the event. At the very beginning of the evening, we were advised there were only 3 rules:
1. Smoking was permitted throughout, not limited to designated areas. As non-smokers, being surrounded by large groups of people ‘lighting up’ made us really uncomfortable. We also noticed some of our group discarding their cigarette butts in inappropriate places. We were also quite shocked to see the actor leading our group accept the offer of a cigarette, and later light this whilst still leading our group through the experience!
2. Use of cameras was permitted anywhere as long as no photos/videos were taken of the hell creatures - this seemed to become an open invite for people to pull out mobile phones with the camera flash and torch light often interfering with the experience.
3. Toilet breaks could be taken whenever we were near a loo - whilst we completed understand the need for people to take a break to answer to the call of nature, it became tiresome to have to stop at every loo we saw and meant that the whole group had to wait until others were finished.

Despite this, there were some aspects we enjoyed along the way. The quality of acting within the experiment lab and tunnel maze was good, with some really great individual performances, sets and theming within them. A late night ride on Icon, with an added touch we won't spoil, was also a really fun experience for those coaster fans among us. Our run through Pasaje Del Terror also packed its usual high-quality punch, although we had no idea how it fitted into the main story.

Overall, it’s a shame that the care and attention that Blackpool Pleasure Beach usually upholds seems to have not quite been executed this time. We really hope that should Journey to Hell return, the park take steps to address the issues of this first year and make it an event to remember next year. 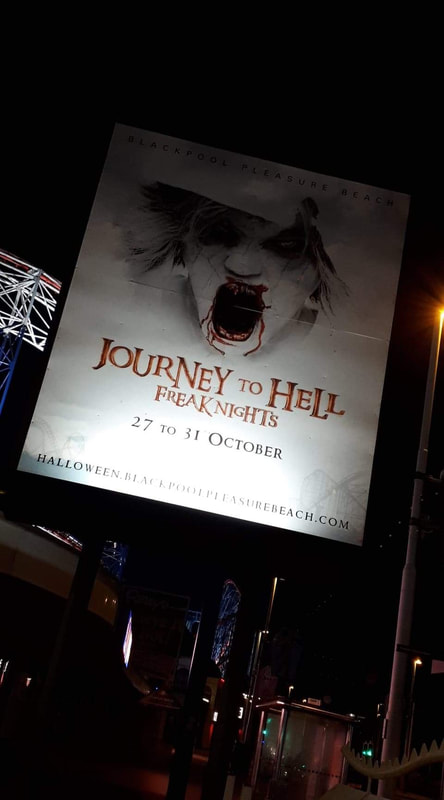 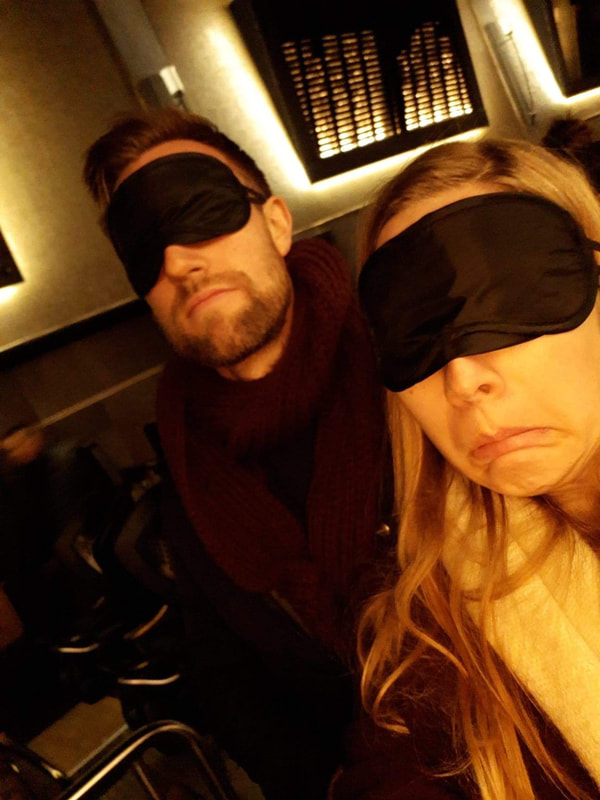 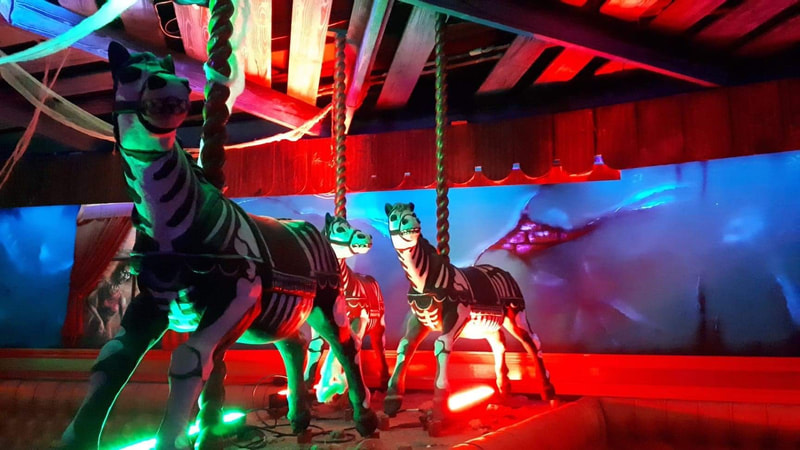