House of the Dead

The House of the Dead is a brand new attraction that has opened for Halloween in Manchester. Dubbed as ‘Manchester's number 1 scare attraction’ and advertised as lasting 40 minutes, we eagerly anticipated our visit whilst queuing in front of the impressively themed frontage.

Upon entering the House of the Dead we were greeted with some actor led static scenes which set up the main story. These rooms created a great start to our experience and we had high hopes for the rest of our stay. Unfortunately we were quickly disappointed.

Despite executing a great trick which successfully split us up into smaller groups, we felt that the event attempted this trick far too often. Many of the rooms we were in became ‘holding rooms’ for when groups were split up. This would have worked if the wait was short but at times we were stuck in a room just waiting to be selected to leave. Therefore, the pace of the attraction became slow, and unfortunately the experience became quite stale.

One positive of being left waiting inside rooms for a long amount of time was the fact we could take in our surroundings. Some of the rooms were themed extremely well with the graveyard scene specifically standing out. Unfortunately this meant that certain other scenes weren't quite as detailed, and felt lacklustre in comparison.

A positive to House of the Dead was its actors, as the team generally gave some great performances throughout the attraction. We must commend the ‘Dancer’ in the carnival themed room for constantly dancing and taking orders from the audience throughout the entire evening (even if the scene did last 10 minutes too long). Unfortunately this particular scene during our visit, was ruined by a front of house member actually entering the room and speaking to the character whilst the scene was in play, therefore ruining any kind of immersive atmosphere.

House of the Dead was like something we had never experienced before and we have to commend the team for trying something new. We understand the desire to mix groups and make them wait but the waiting took away any pleasure from the whole experience. When you see people taking out their phones to text their friends DURING a scare attraction it is clear that something is not right.

The scare elements, without the waiting, were genuinely good, and the attraction would have made a fun 15 minute experience. Instead, we had to endure 25 minutes of waiting around which added nothing to the event. We appreciate that these were the first public runs but we hope that the team can address these issues before the attraction opens properly. 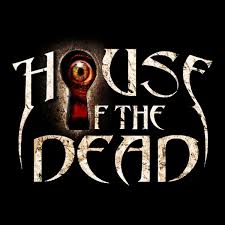 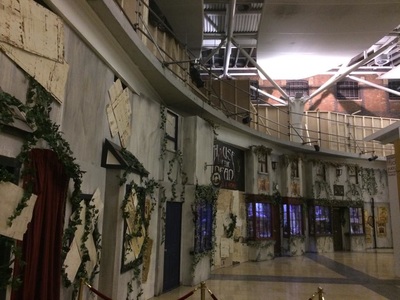 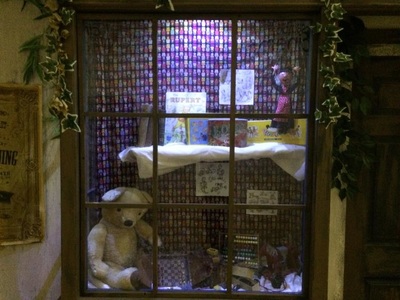 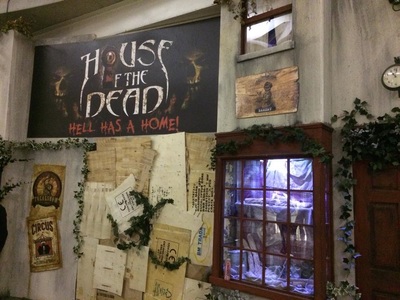 Another member of the ScareTOUR review team visited the event several days later. It would seem that we weren't the only ones unimpressed with all the waiting around:

After the press launch a few days ago, two more of the Scare Tour team were in Manchester to visit House of the Dead. Unsure what to expect from mixed reviews, we stood outside the impressive façade of the attraction ready to see what the House held in store for us. Tickets were booked for 7:30pm and the two of us were amongst a group of other couples who all looked incredibly nervous.

The first scene played out well and introduced us to the macabre world of the House. For us, the attraction unfortunately became a mass of confusion and what we felt was poor throughput management after that.

There were some very detailed and impressive sets, with great actors and make up but the fact that a group who came in couples, all got split up wasn’t well received by anyone in the group. This tactic was repeated numerous times throughout and became stale because we ended up with people who we didn’t even enter the House with. After being split up and sent back on your way, it felt very awkward having to enter a scene that you had already been in only for the actors to have to stop the scene, push you through and then carry on with the other guests who hadn’t seen it. This felt like planning the route through the House wasn’t executed very well.

In between certain scenes we were put into various holding areas, as is done in other attractions, but we were again with another set of strangers for what felt like too long. Even one of the actors seemed confused as to why we were still there when he thought we had been moved on.

Another detailed and eye catching scene followed and the two of us managed to catch up with each other, but the room soon filled up with other guests being pushed into a scene that was already playing out. We couldn’t help but feel that there was a lack of communication between scenes and actors so that they could properly manage the groups coming through. Also a door being swung closed and smashed into your knuckles by an actor who didn’t realise more people were coming through is an obvious health and safety issue.

Downstairs was done and so we went upstairs which was mainly devoted to a circus theme. We had to queue here for about ten minutes to move onto the next scene which was just around the corner; only to wait there for another 15 minutes.

From here we could clearly hear the scene we were waiting for being played out and through lack of a curtain we could also see it. The amount of people joining the queue now was getting bigger and bigger. People were getting restless and we thought the scene we were still waiting for could have been made shorter to avoid big queues and to keep people on their toes.

We were split up here again and to be honest, the one of us who was sent off on their own was glad to be so while the other one stood through a very long scene that he had already heard while waiting in the room next door. Before the scene had ended, disgruntled customers actually left of their own accord en mass and literally stormed through the last few scenes of the House without listening or waiting.

The House’s exit leads you into a small bar where the first of our party had been waiting for about 10 minutes for the second person to finish their tour. Some people sat in the bar really seemed to have enjoyed the House and had a good night while others were sat waiting for the rest of their party too with a blank expression. We did speak to some of the other guests after and got very mixed reviews from them. A recurring complaint was of the “stop and start” route through the House.

To summarise, we enjoyed certain parts of the House very much but for us, the bad points outweighed the good. We were bored of being split up as we had come to see the House together, crossing through a scene you had already been in felt like bad planning and disrupted it for others and by the time we had reached the upper level circus part we were just about ready to leave.
​
The last few scenes of the House, which one of us went through alone and the other as a group, were some of the biggest and best and could have been used to make a grand finale and maximise on the effort that had clearly been put into them.
Our visit lasted over an hour, unfortunately half of this time was spent waiting to move from scene to scene with nothing actually happening whilst you are waiting. This was the first opening night to the public, so we hope that as the House gets busier, the management of people going through gets better.