As a big fan of theme parks, scare attractions and… Ikea, I recently jumped at the chance to visit Sweden and experience some of the country’s (and Europe’s) best rides and scare attractions.

The first park we visited was Gröna Lund, a charming seaside park conveniently located right in the city centre of Stockholm.  The park shot to the top of many scare enthusiast’s ‘must visit’ list in recent years as it commissioned dark ride and animatronic specialists ‘Sally Corp’ to renovate their existing scare attraction ‘Spökhuset’ into the exciting new ‘House of Nightmares'. It’s worth mentioning now, that Sally Corp are animatronic and dark ride experts, they have worked with many theme parks over their impressive history, but this was their first time creating a large-scale walkthrough scare attraction – so, how did they do?

House of Nightmares follows an easy, yet cleverly twisted storyline: Dr Morpheus has been using especially designed equipment to extract nightmares of people inside his sprawling mansion. The story is easy to follow for international guests by looking at the posters, the many television screens, the architecture and theming, even though the initial preshow is in Swedish.

Leaving the preshow (which is in an old mausoleum), automatic doors open and throw you into the bowels of Dr Morpheus’ house.  You start in the cellar where the impressive theming surrounds you completely from floor to ceiling.  As you’d expect from Sally Corp, there are some incredibly lifelike animatronics from here onwards, they truly are some of the best I’ve ever seen in any scare attractions and that includes well-known American haunts!

Guests start to explore the mansion, entering a huge staircase scene that made my jaw drop to the floor with the scale of the scene, it was truly a magical experience.  Leaving the ‘downstairs’ section of the attraction, you head upstairs and to the many different rooms where people are having their nightmares extracted – and it was at this point that I started to feel ever so slightly let down by the experience.

Each of the nightmares scenes is different, you walk towards a television where you see the head of a person with a large contraption removing their nightmares – you then enter that nightmare!  I really liked this idea, some of the nightmares include into spiders, snakes (make sure to look at the floor!) and chainsaws, but, lacks anything happening between the main scenes, minus the odd air blast.  The transition between each ‘nightmare’ compromises of black walls, black floors and little lighting, I totally understood that they’re meant to be completely different to the main scenes to put more emphasis on them, but it doesn’t work (according to the entire group I was with) and completely breaks the experience up, making it feel non-cohesive and disjointed.

Mid-way through the attraction, you head outside on to a balcony overlooking the park, before heading back in.  I don’t know how I felt about this as a guest to the attraction, compared to being a spectator waiting to enter.  Sat outside watching people run out the door at the top before cautiously opening the door to head back in for another fright was great fun to watch – but as a guest experiencing it, it feels to break the entire journey into two sections and doesn’t flow well as a guest.

The attraction ends with a somewhat lacklustre ending, a large animatronic of the doctor, that must be said is INCREDIBLE.  The doctor animatronic is fluid, moves like a real human being and has a menacing torchlight on his head to temporarily blind you – it was actually one of the highlights of my journey through the attraction, I’m a big fan of good quality animatronics.  Aside from this, there’s no ‘big scare’ for an ending, you are left to wander out of the attraction at your own pace and back into reality, again.

So, was the attraction with visiting?  I’d say so, it’s good fun and I think it would be a perfect attraction for a ‘first timer’ or for the family market, but for seasoned scare enthusiasts, it doesn’t pack the punch you’d expect from a ‘new’ attraction.
Would I visit again? If I was at the park, without a doubt!

One final thing we need to mention is the enthusiasm and energy of all the actors throughout. From the twisted ringmaster who sets the story at the beginning through to the the towering hulk that is Bobo who gets everyone running out the door, the team stayed in character throughout. They spent all the time, bouncing off the walls and clearly loving what they were doing, despite the intense heat of the day. 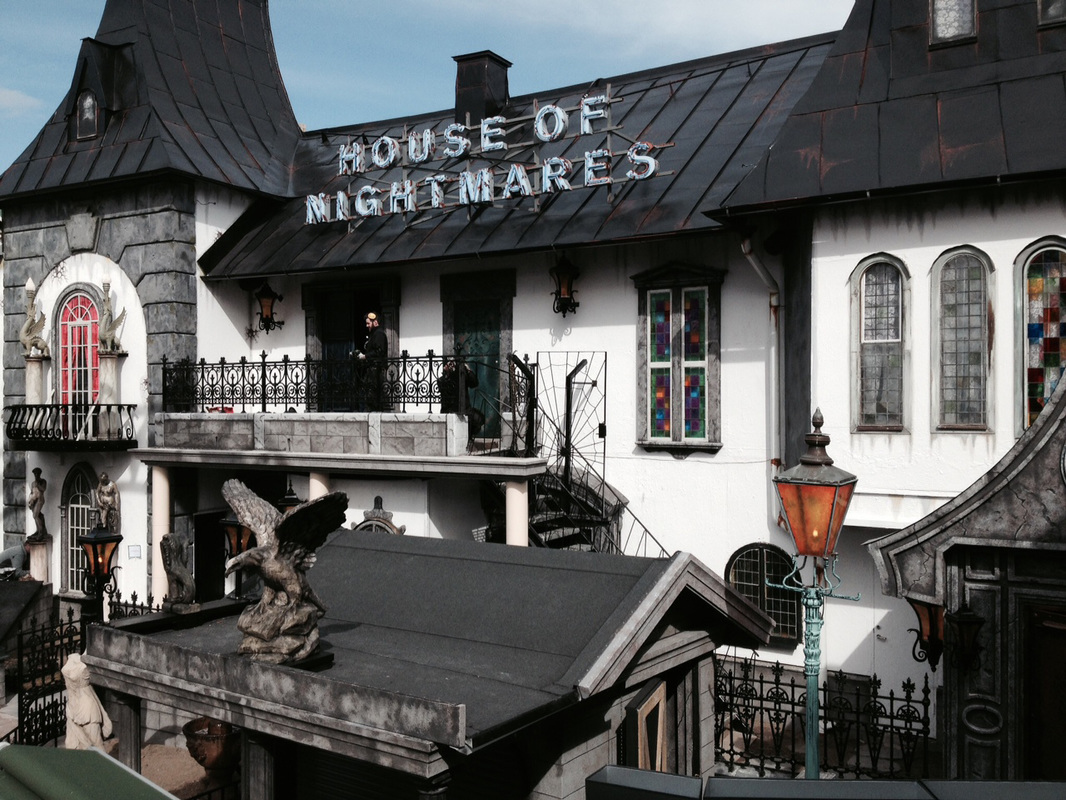