Fear at Avon Valley is a brand new event that opened for just three days on the outskirts of Bristol. The main draw, were of course. the two scare mazes but the park had created a lively atmosphere with a central marquee area hosting food concessions and a bar. With loud music pumping out - the atmosphere was electric when we arrived and it was clear that everyone appeared to be having a great time. A few creepy roaming actors and crazy stilt walkers just added to the atmosphere, and so after spying the very long looking queues, we decided to line up for Circus of the Dead.

Now it's at this point that we have to commend the creators and operators of each maze as despite the length of the queues, we kept moving forward quickly and were soon batched and inside each maze. Dispatch times were some of the quickest we have ever seen, which just ate up the crowds. A line that would easily have taken an hour to wait in, in other venues, was cleared in about 15 minutes. It's not even as if the batching caused any issues in the mazes themselves - we caught up with the group in front during the curtains "maze" section of Circus but seeing as they were struggling to find their way out it didn't really matter. If only more attractions could batch this quickly.

Anyway, once inside - Circus of The Dead, didn't really provide anything we haven't already seen before. We started to get clown fatigue during this Halloween season so it was nice to enter a maze that still made us jump. The clowns in here were lively loud  and generally scary and bounced around the maze as you would expected some crazy flesh eating clowns to do!. A highlight for us in this attraction was the Gingham rooms with the very tall Gingham clown. The rooms were a clever twist on the curtains style of maze, so popular with clown attractions and the actor was particularly clever at ducking and diving and staying just out of eye shot in the strobes. Throughout the whole maze we experienced some really good scares and left the attraction laughing.

We were then informed that The Circus was the "tamer" maze of the two so we decided to head to Anarchy after a quick drink for Dutch courage. Turns out we were glad we stopped for that drink, as Anarchy turned out to be a complete shock to the system!

Based around a survival game between us and some apocalyptic creatures, Anarchy was probably the craziest, scariest (and strobiest) maze we visited all Halloween. The maze just seemed to go on forever and with the different rooms , corridors and short cuts, we were assaulted by actors from all sides. Completely blinded at times by the crazily intense strobes, the actors would appear and disappear in seconds and we kept imagining things were there when they weren't as we struggled to find our way out. Due to the clever design of the maze and the way the rooms and corridors got wider and smaller, it was impossible to just feel along the walls for the path as in other mazes, and so many times we were left just blindly flailing around trying to find where to go.

Once we were finally out of the dark/strobe section (a genuine relief, because at several points we had felt like we were genuinely lost) we stepped outside thinking that the attraction was over. Imagine our surprise then to find another long outdoor section with more attacks from all sides . Pushing through lines of washing we could hear the unmistakable revving of a petrol engine. We thought we knew what was coming but the multiple attack finale had us all genuinely fighting to get out!

The whole maze from beginning to end was one of the most intense mazes we have ever experienced and was proving a great hit with guests at the event. Given the chance of going back in for just £1, we politely refused the offer and headed back to the bar for a drink!

For a start up event, Fear at Avon Valley was incredible and bodes so well for future events. The venue has loads of land that can be used and the busy crowd on the night we were there, clearly demonstrated that the city of Bristol is in need of some real scares. We think this event has the ability to expand and grow rapidly and we are pleased to say we were there right from the start. If the park continue with this level of design and organisation, it really won't take long before this event is listed alongside some of the big boys who have been scaring for years. We look forward to experiencing everything they do in the future.

For more details about Fear at Avon Valley - check their website 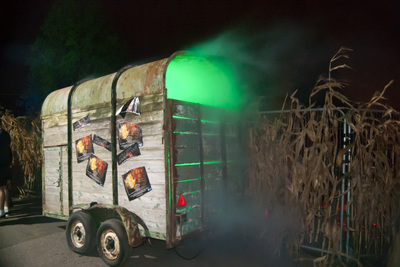 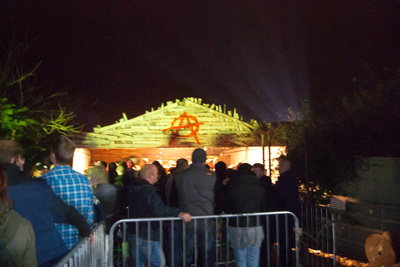 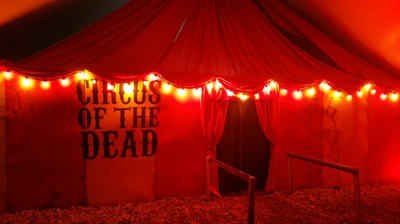 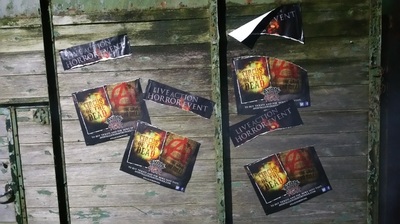 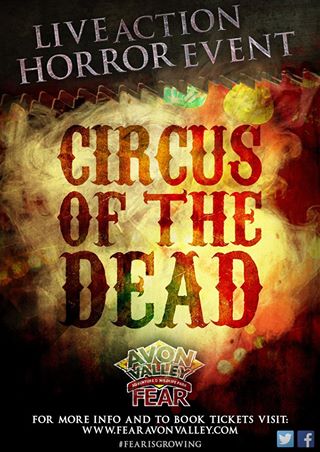 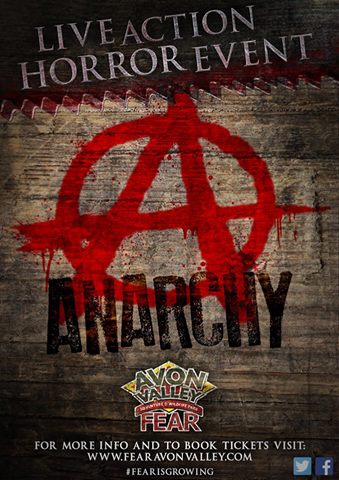