Although we went along for the opening preview weekend (see quick review below) - we planned to spend a few more days at the resort to sample both Horror Nights in the evenings as well as the Halloween additions to the main park line up.

First up we must mention Europa Park during the day. We don't think there is anywhere else in the world where you will see quite so many Halloween decorations. Every corner of this massive park is covered with pumpkins and gourds of all shapes and sizes. From a pumpkin cover over the whole of the Euro Sat roller-coaster through to lone pumpkins with faces drawn on and wearing hats - there's something for everyone to enjoy. This also extends to seasonal makeovers of some of the main rides including a dark and spooky teacups ride and a breathtaking flight through Halloween theming on the renamed "Pumpkin Coaster, as well as new seasonal shows, roaming characters and so much more.

Tenem's Rache is a stand alone scare attraction that is run during the normal park operating hours. It is actually made up from approximately half of the Temple of the Undead maze - with the lights turned down very low. In fact, stepping from the bright daylight into the dark maze (with just one lantern to illuminate the way) created a very disorientating experience. Anyone at the back of the line was left with very little light to see which just made it worse every time we were attacked by the very active and loud actors inside!

Jack is a brand new walk through experience that runs during the day in the England part of the park. The walk way consists of some darkened London themed streets, where we encountered a couple of working girls and a run in with Jack the Ripper himself. Although not scary to a seasoned scare addict, this was suitably creepy enough for smaller members of the family.

After the park closes for the evening, Halloween takes on a far more sinister slant, as the separately ticketed event - Horror Nights opens. Now in its tenth year, Horror Nights is comprised of 5 scare mazes, a large scare room experience, 3 scare zones and several rides and shows. Once the impressive gates were opened we we were faced with the first of the scare zones (which was suitably filled with zombies) and headed to the main event arena.

The Halloween park is mostly built on a site adjoining the main theme park with access into certain areas of the the main theme park. The central courtyard sees 4 large marquee attractions, a stage, roaming characters and a foreboding "Mansion" looking down from a nearby hilltop. We headed to the mazes first:

Ziehn (Ten) is a new experience for 2016 but will be quite familiar to anyone who has visited the park in the past. Utilising a time machine storyline, the attraction connects rooms from all different Horror Night mazes including Take Away, Labor, etc etc. Although we didn’t know many of the previous attractions, the delight of this maze was wondering what would be on the other side of each portal, and as such the maze kept us guessing from beginning to end, with some great scares coming from most rooms.

Nightmare - Revenge is a returning maze for this year and is made up of many different scenes and scares. Following a trick opening scene, the maze sent us through diverse sections including an outdoor section through a graveyard full of the living dead and then a botched surgery attempt with a crazed doctor. The real selling point of this maze is the incredible set piece finale that had all of our group leaping in fright. It was a very simple effect that worked so well but was something we have never seen in any other maze before. It certainly got us each time we went through!

Big Shoe Casino is without a doubt one of the best clown mazes we have ever visited. The clowns have taken over a large casino and the sets and props throughout were stunning. Of course these clowns weren't looking for fun and we experienced a number of great scares throughout the maze. Each room was a mix of comedy and horror and we have to give a very special shout out to the man on the toilet. So distastefully horrible - but funny too!

The Cave Unleashed - The first thing that we have to mention about this maze is the incredible detailed theming throughout. Remember – this is a temporary attraction built in a marquee, so the fact that the whole thing felt like a genuine massive underground cavern was very impressive. Strangely we were asked to walk through with our arms crossed but, after seeing the level of detail,  we could see why – if a a maze like this was built in the UK – the walls would have been picked at and pulled apart by disrespectful louts before opening night was over! Fortunately for us, the walls were spotless and really enhanced the theming of the maze throughout - even the ceilings were beautifully themed! Our biggest problem though was that the maze just wasn't scary! A lot of the rooms just looked the same and seemed really under populated. It was such a shame  - as when the actors managed to get a proper scare - it really showed that other parts of the maze were lacking. All in, there was only one genuine "Oh My God" moment when a tentacled alien creature threw it self at us through the strobes!

Temple of the Undead is the only maze that isn’t built in a marquee in the event area and as such, the theming and immersiveness of the attraction is unrivalled. Utilising the ancient Greek ruins, the maze was a combined indoor and outdoor experience as we descended deep into the forbidden tomb. Interestingly the second half of the maze followed the same route as Tenem's Rache that we visited earlier in the day with the same intense scares and confusing route through the darkness.

For those purchasing the express pass, an extra attraction is available, in the shape of The Mansion. The Mansion is a room escape style adventure with some of the most detailed theming of any of the mazes at the park. Following a Saw style introduction – we were challenged to find our way out of 5 different rooms all filled with different puzzles. The puzzles were generally confusing (even to the German speakers in our group!) and we are sure we only got out of each room through some good luck and a fair wind! Along the way we experienced some incredible effects (the squashed head effect was just stunning!) and the strobe maze labyrinth was both confusing and frustrating, as we fought against the clock to find a way out. Generally the atmosphere in the attraction was one of dread and nervous anticipation, as opposed to fear and terror, although the final scare left many of our group running for the exit.  All in – it was a beautiful looking experience but probably lacked the scares and jumps that we had experienced in the main houses.

Scarezones - There are effectively 3 main scare zones. One upon entry to the park and two in the walkways through from the event arena to the park. Apart from the opening through the Dead End Street – each scare zone seemed fairly small and underpopulated with only about 4 characters, and a living tree in the Forgotten Forest and a few mummies in Off Limits. As it is – the scare zones aren't the only places to meet roaming characters and we spent ages watching the talented team ply their art in the main event arena and in the queuelines. These scares were interesting and effectively more fun as the guests generally believed they were in a safe zone, so many would get startled unexpectedly and we saw a number of people running across the site being chased by creatures!

Shows and Rides - with a park as large as Europa Park – it's surprising that there aren’t more thrill rides available during the night. This year sees the opening of Pegasus and Matterhorn Blitz roller coasters along with a zombie virtual reality  experience and Fluch Der Kassandras. A dark and sexy version of the Ice show brought a bit of tastefully performed titillation to the event, whilst in the main arena – music blasted from the central stage.

One of the key things to note throughout Europa Park Horror Nights was the detailed and immersive sets once INSIDE the attractions. Unfortunately 4 of the big mazes are just built in large marquees in the event arena, and although they have impressive facades – they really can’t disguise the fact there is a marquee behind. Therefore it was nice, once inside to see the real attention to detail throughout each maze and the different types of room available. The casino room in Big Shoe Casino being a particular highlight!

Horror Nights is one of Germany's biggest events and it is certainly one of the busiest. Even with fast pass access to all the 5 mazes we only just managed to visit every attraction and ride in the event. So if you are visiting, we would definitely suggest you plan your route carefully and don’t end up doubling back through the scare zones as we did  (especially as at one point we couldn’t find the second path back to the main event arena and spent 10 minutes lost in ancient! Greece!) But apart from our terrible sense of direction - we had an incredible time. We would definitely recommend you check out this event sometime! 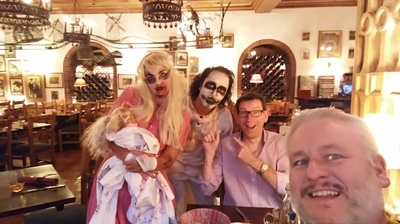 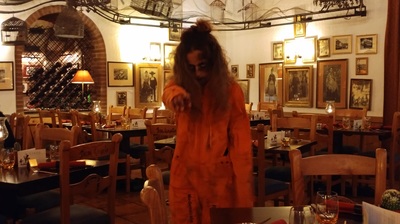 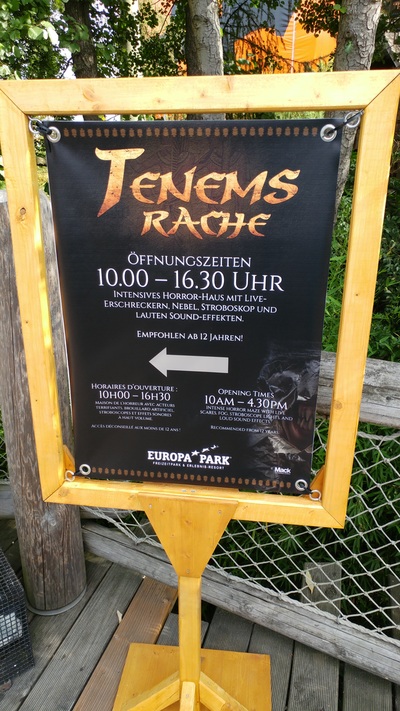 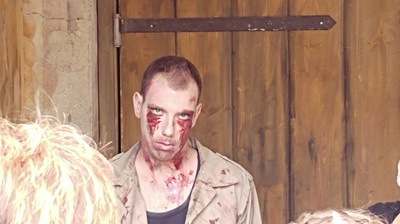 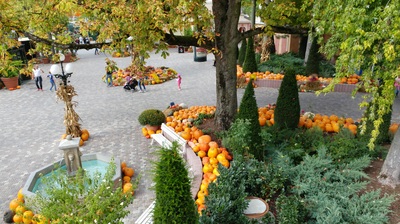 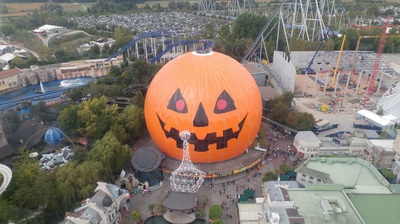 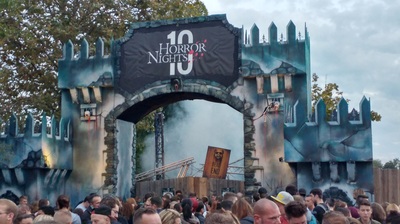 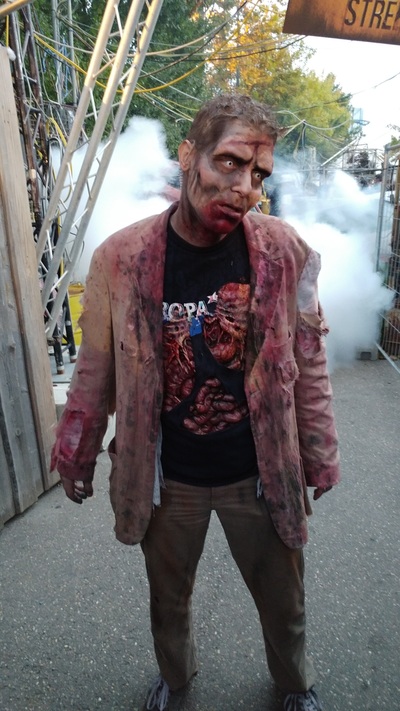 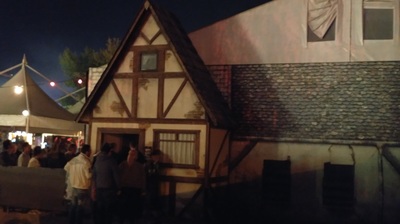 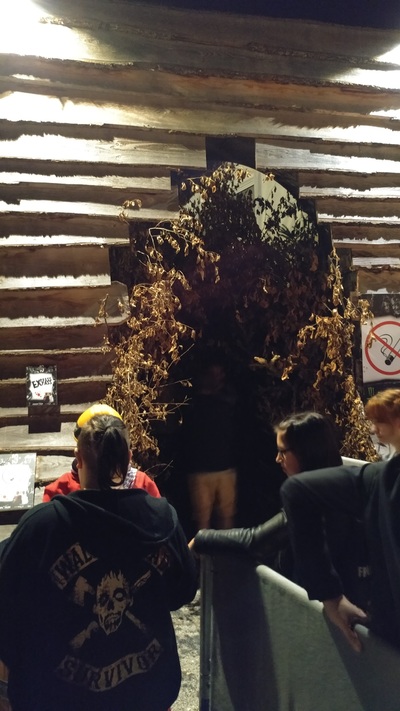 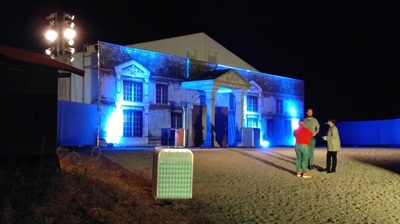 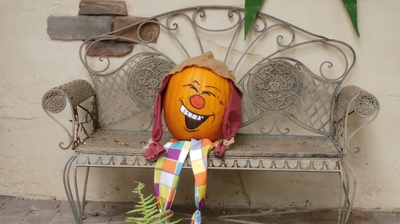 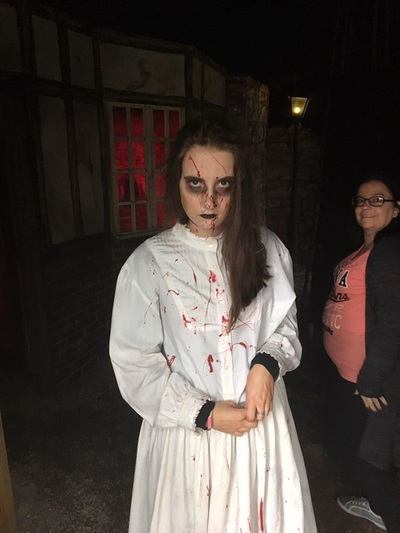 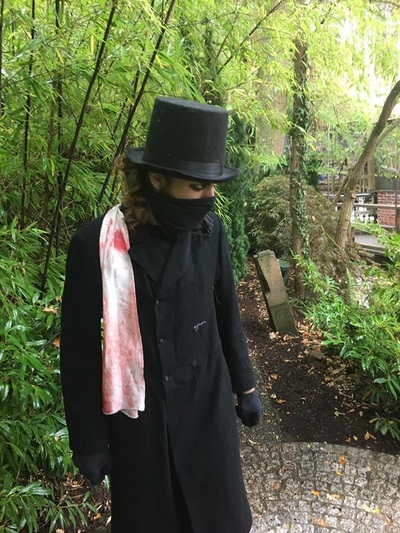 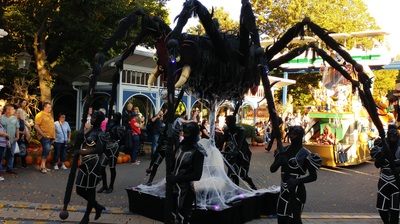 The team have been visiting Horror Nights at Europa Park for quite a few years now and it is always one of our Halloween highlights. This year we planned a big review visit once the event was up and running properly, but couldn't resist jumping on a plane when we were invited to opening night!

Check out our brief comments about each maze below,  and we will do a full review when we got back in the upcoming weeks!

Zehn (ten) New maze for 2016. A great way to showcase the multiple mazes and themes they have created over the last ten years of Horror nights. Some really great scares.

Big Shoe Casino -  Big shoe returns darker than ever. The cheerful casino of last year has been left abandoned. Although a generic clown maze, the casino theme gives a fresh take on the concept.

Nightmare - Now in its third year, the child's bedroom theme has been scrapped and the attraction focuses more on nightmares we all have. Although not as strong as previous years it still has a shocking fun finale

Cave Unleashed - The cave returns and so do the creatures within. Although it doesn't offer the most scares, the sets are incredibly impressive. You feel like you are actually in a cave.

Temple of the Undead  - The longest attraction with some great scenes. One strobe scene gets us every year.

Atlantis VR - A fun interactive shooting horror simulation using VR on a family ride. The experience could have been made scarier for our liking but it was still incredibly fun

Scarezones Dead End Street,  Forgotten Forest and Off limits -  The three scares zones offer great interaction with characters whilst walking to other areas of the park. However, to be honest the whole of Horror Nights feels like one huge scare zones with multiple chainsaw wielders, clowns and zombies around every corner!

The Mansion (up charge escape game) -The mansion returns and although has some new games that can be fun, the overall experience just didn't seem to live up to lasts years incarnation

We're hoping that the few niggles we had were just teething problems. Don't forget - we will update this review in more detail over the upcoming weeks. 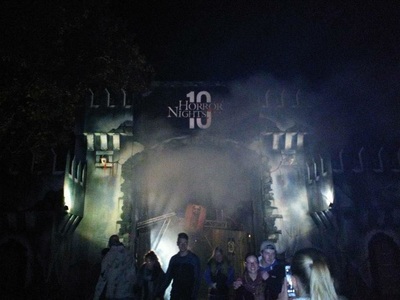 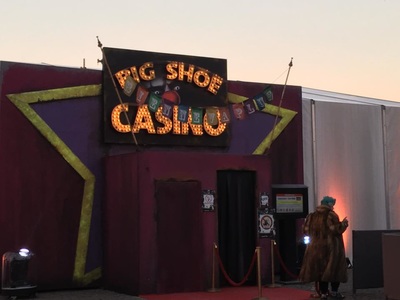 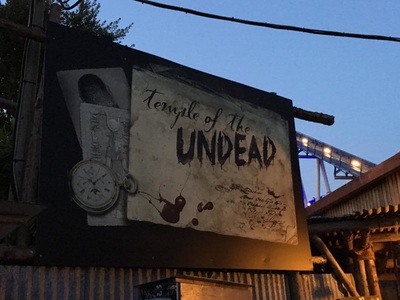 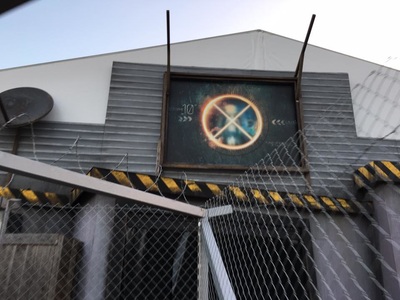 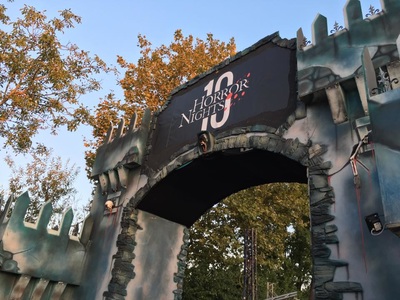