​With their movie quality sets and ingenious puzzles, the Southampton based Elusion Escape Rooms have been favourites of ours for a long time. Upon hearing they’d be revisiting the horror genre with their latest room ‘From Beyond’ we simply couldn’t contain our excitement. Having nominated their previous scare-based room ‘Seven Sins’ for the 2019 SCAR Awards, our expectations were set pretty high for this particular room escape.

Blending the worlds of John Carpenter’s ‘The Thing’ and the hit Netflix series ‘Stranger Things’, From Beyond transports you into an isolated arctic base. Your goal is to recover a sample of a mysterious substance which has seemingly sent the base into chaos.

Whilst this room doesn’t feature any live actors, it is most certainly an intense and thrilling experience. As always, the pressure is on for you to escape, but there’s a foreboding sense of danger accompanying you the whole way through. Although the room initially feels manageable in scale, it soon becomes apparent that you’ll have to venture past an ominous sealed door in order to progress.

What lies beyond is the real mystery of From Beyond. As we warned, some doors are not meant to be opened… We can certainly attest to this as the room that followed was deeply atmospheric and had one of our team eager to escape. It was impressive how creepy the experience managed to be without any form of jump scare. The theming, lighting and sound design fully isolated us into this world and we aren’t afraid to admit we did hesitate a couple of times before venturing forth. As much as we love Elusion Escape Rooms, there were points we feared their assertions that there wouldn’t be any actors were false. It was just that tense! If we had one minor criticism, it would be that perhaps the audio could’ve been turned up slightly. Otherwise, they certainly succeeded in their mission of chilling us to our core.

Now it wouldn’t be a good escape room if the puzzles didn’t hold up their side of things. Thankfully, this was probably our favourite aspect of the room. We managed to escape within 52:38 with no clues. Whilst you may think that makes the room sound easy, we can confirm that is far from the truth. There are some truly devious puzzles in From Beyond, with a real balance of styles appealing to all sorts of audiences. One of the things that really stood out to us was how the room used its layout in some of the puzzles in the second half. Saying too much would give the game away, but it was one of the many things in this room that we haven’t seen before anywhere else.

Elusion Escape Rooms have done it once again! From Beyond really impressed us with its unique and immensely satisfying puzzles and a strong eerie atmosphere keeping us on our toes throughout. Both of their horror themed rooms are well worth the visit to Southampton to experience. Elusion Escape Rooms continue to impress us with each room they open. Here’s to hoping we don’t have to wait too long before they return to the horror genre once more… 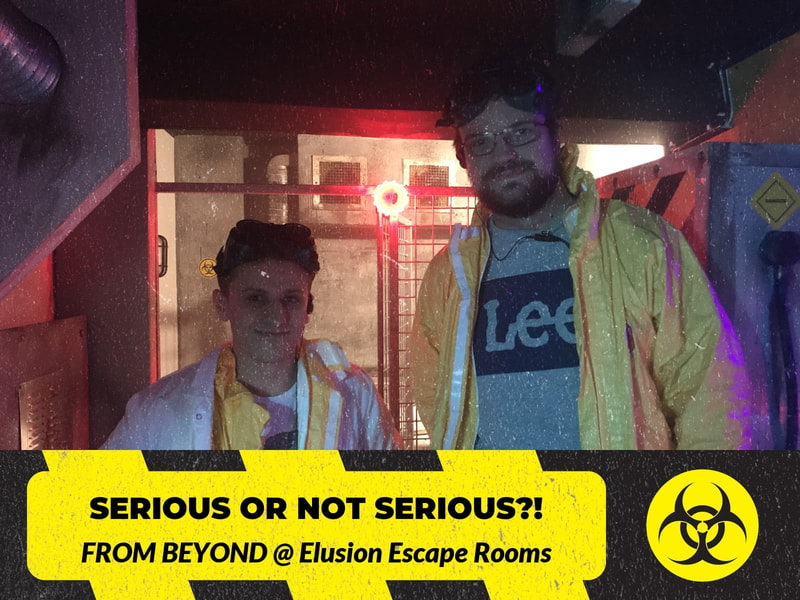 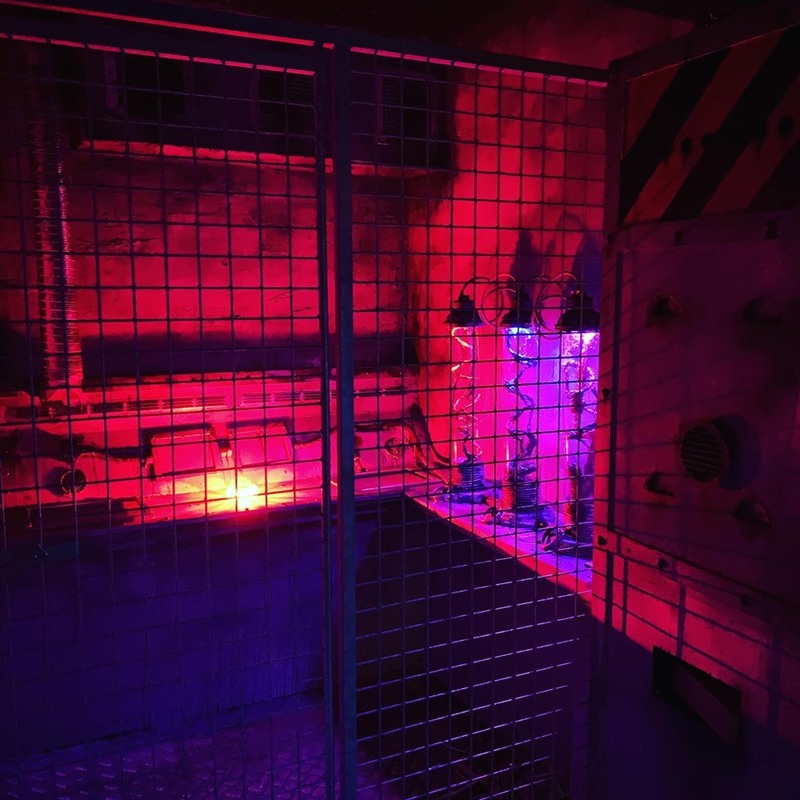 You know the drill by now. We visit a horror themed room escape. We scream a lot. Invariably we get out. And that's about all we can say without spoiling the experience. And to be honest that is exactly what happened with Seven Sins.

Locked in the lair of a serial killer - it is not given anything away to say that, we started the game shackled to the walls. Our first mission being just to get untied - let alone solve the main puzzles all themed around the titular seven sins. What then followed was a mix of clue solving, physical elements and object hunting. We actually opened the main door in good time but our score would have been greatly reduced if we hadn't found all the items we also needed to retrieve.

Seven Sins is not actually billed as a "scare" room. There are no actors involved in the game, but there are a number of surprises along the way that left us all jumping at different times. As usual - we were so wrapped up in the game play that even the slightest additional sound or light flicker left us twitchy. When certain darker elements to the rooms were uncovered, our reluctance to explore the unknown must have looked hilarious to the games master. We may be highly experienced in scare events and room escapes, but the reason we continue to do these things is that we can still be scared so easily!

The sets throughout the experience were totally believable and grungy, with realistic looking props throughout. In fact - one of the props became our biggest struggling points (so much so that we needed a clue) as we  didn't want to potentially damage it by searching inside it. We also experienced some very different and unique puzzles, the like of which we have never seen in a room escape before,

All in, we escaped the room alive in just over 45 minutes but it felt like we were in there longer. The room was pretty challenging in places, but we thoroughly enjoyed every aspect of Seven Sins. 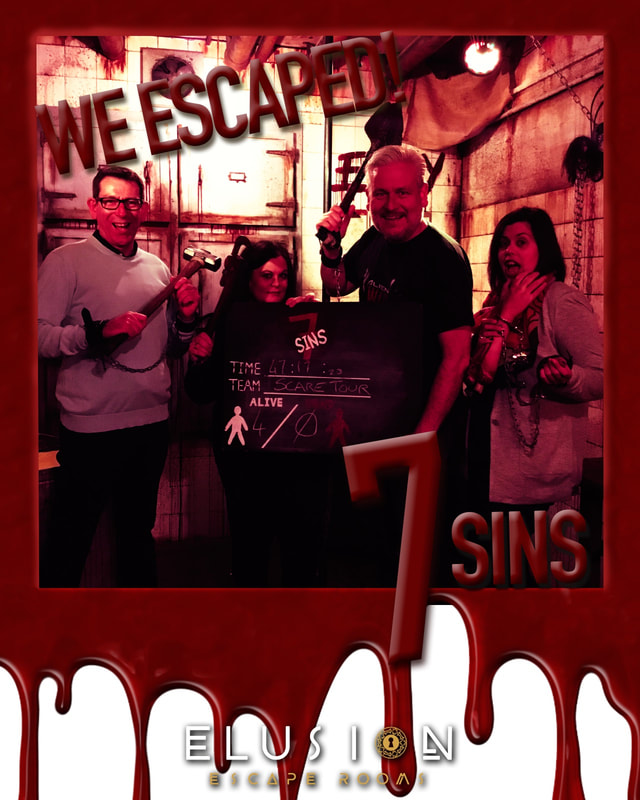