When Dr Fright's first debuted in 2010 it completely blew us away with its unique mazes and concepts and a genuine passion for raw horror. Now in it's third year the event returns with three all new mazes and more imagination than some of the bigger Halloween events out there. 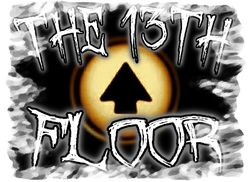 Set in a haunted hotel, the queue-line cleverly gives us clues to what is about to happen through snatches of conversation on "Paranormal Radio". Once inside this is another large winding maze that due to low levels of lighting has some very devious hiding places and the whole group were left screaming throughout. It was probably the least intense of the 4 attractions but that's doing it a big dis-service as its is still a very dark and very scary place. We certainly wouldn't want to check in for an overnight stay at this hotel! 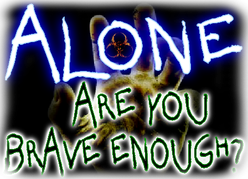 When we first heard about Alone we were worried that queue-lines would be massive due to the low capacity but Dr Frights have ingeniously created a maze that has 4 identical routes. The actors can access all routes and scare everyone in equal measure and the maze was literally crawling with zombies and other creatures ready to pounce at any time. We experienced it "alone", although scared guests can opt to go as a couple, but half the fun of this maze is knowing that there is no-one to hold onto and no one to hide behind. Armed with just a small torch, we found this a terrifying experience that had us desperate to escape. 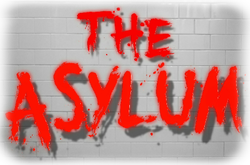 The Asylum is the only returning maze for 2012 but this year the design team have really ramped up the scares and the confusion factor. With insane strobes and rooms so densely filled with fog that we couldn't see the creatures until they were right in our faces. The maze seemed to go on forever and every time we felt we were close to the exit, the path would twist back into the chaos and some monster would be waiting to scare us.  Strobe and metal fencing mazes are some of the easiest to create but when they are executed at this level, they can be terrifying and surreal. 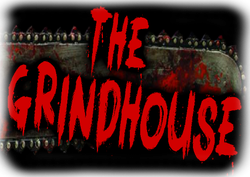 Clearly inspired by the Texas Chainsaw massacre movies, The Grindhouse was one of our favourite mazes of the night. The actors were some of the most physical and aggressive and at times we all genuinely wanted to get away from them. Switching between indoor and outdoor sections, this is one of few attractions where the use of a chainsaw seemed appropriate to the story. In fact the first chainsaw scene was a masterpiece of distraction as we first noticed the massive butcher character behind fencing before realising that the path opened out and we  would have to walk straight back through where he was standing!
As before - the main event field is scattered with little touches of theming but unfortunately this year there were no planned "zombie escapes" as the organisers have decided to put all the monsters inside the attractions, which is probably a better place for them.

For a temporary event, Dr Frights puts on an amazing show that puts many other attractions to shame. The concepts of the designers and the sheer enthusiasm of the talented crew of volunteers make this an event not to be missed!

this is the best halloween event ive been to the grind house was absoloutly amazing i screamed and laughed so much. the price of tickets is really good value for money i feel that you get much more then your money worth, i will be going to this event every year now as was brilliant.

The grindhouse and asylum was the best mazes. The asylum one really got me screaming. The guy with the chainsaw in grindhouse was a brut haha! He got me running. Was my first experience with this sort of thing. Enjoyed it!

A fantastic time was had by myself & my two teenage children. The anticipation & addrenaline we felt really added to this terrifying experience, the actors were amazing! it felt like we were in a real horror film!!! thank you for that! the staff were friendly and very helpful, it was really worth the money. Did like being able to buy a photo of us "running" out of the grindhouse lol!