December, 1943. It’s nearly Christmas, a time to celebrate and to be with those nearest and dearest. Except that the horror that is World War 2 is still scarring the land. This Christmas is going to be black as hell, as the country turns out the lights and plunges into darkness to confuse the enemy airplanes overhead.

The residents of Mill Lane Manor, South Yorkshire opened their doors to provide a safe place for those caught up in the destruction. It seems there is something else lurking within the walls of the manor though. Walking around narrow corridors with old wallpaper, framed pictures and a gentle haze of smoke as if the manor had been hit by a bomb, our first encounter was a lady sat at a table, warning us that the only way to end the scourge of the earth was to evoke supernatural forces. Cue a good scare from the darkness of the room.

From there on, we felt our way around the walls of the manor and met characters along the way who added to the story, as well as delaying our progress through the hosue. The scenery making us feel sometimes that we were in an genuine old house that was torn apart while the inhabitants were trying to celebrate Christmas!

Upon escaping the Manor we were told we had to venture into The Shelter, the second part of the attraction, which was the air raid shelter under the Manor, used to house people from the bombs of war -if we could find it!

A great scene played out with a woman trying to send us to the safety of the shelter but with a message to look out for her son whom she hadn’t heard from since he was called up to the War. We were warned that our senses would be deprived and here it came; hooded so the enemy couldn't look into your eyes, we were split up and sent into the shelter by ourselves.
​
From here we had to hold on to a rope and find our way to safety. There were points where weu had to just about shuffle or slide through and it felt extremely clautrophobic. The cast were very hands-on throughout this attraction, and we were pushed and pulled in every direction while we desperately tried to not lose our hold of the rope guiding us through.

The overall theme of WW2 fits the Doncaster Fear Factory well, as did the soundtrack and sound effects and the actors inside did a great job. We look forward to seeing what the team bring to 2017! 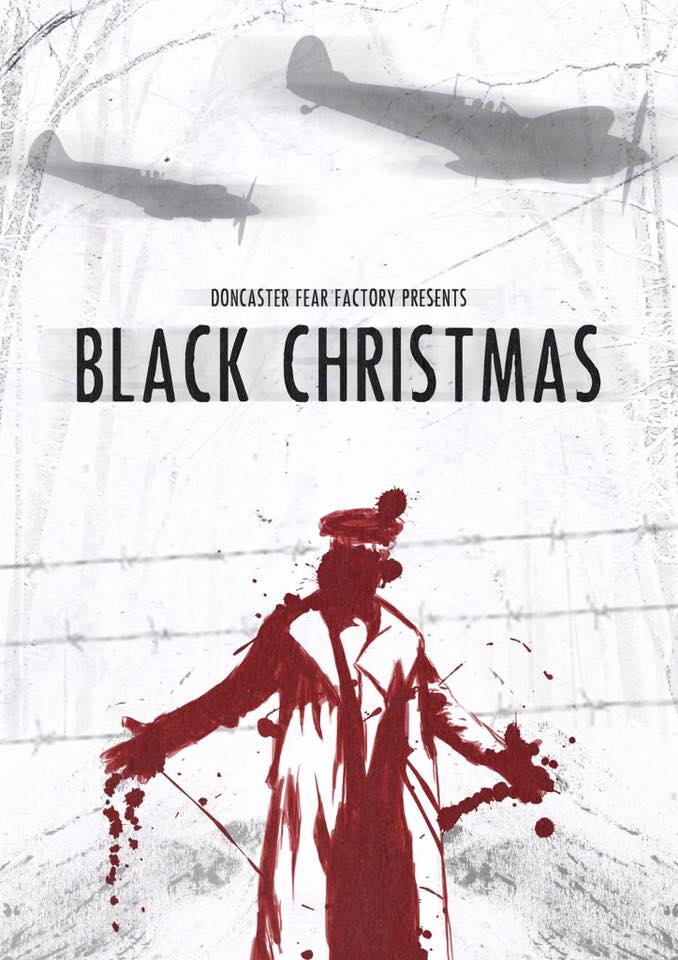 Having heard good reviews from the general public about the attraction from social media of course it was our turn to see why the house drew breath and what happens when you venture down the dig.

Driving into the car park we were instantly met by a couple of roaming actors who were in a word, horrible. Simply horrible. Not that they were horrible people, just costumes and characters were simply creepy, trippy and well quite frankly not someone you would take home to your parents for afternoon tea.

A good start so far and whilst in the queue waiting to enter the first attraction we could already hear people screaming and running out of the exit which added to the atmosphere and created a stir for us. What is inside this house?

Holding hands and entering the ‘The House That Drew Breath’ we had the safety talk and were sent on our way. The house we were told is an abomination and should be torn down! It went through many incarnations over the years from being a home for mill workers, an orphanage and then finally an asylum where the most tragic event happened that a fire broke out and killed many of the patients inside. But alas the poor soul spirits never left and still roam the corridor and rooms. And that they do!

We had to tread carefully and slowly as the attraction for the most part was literally in darkness. None of us could see where we were going but a good clue was just to move forward since another unsettling feeling which is not recommended if you are claustrophobic is that the walls are very narrow and seemed to get more narrow the deeper you ventured into the house. Was it the house coming alive and closing us in to be forever trapped within its walls?

Thankfully not - we finally we entered a room which instantly reminded us of a similar theme from Alton Towers ‘The Sanctuary’ but of course with its own style. The actor here was keen to sit us down and ask us to play a game which we obliged… Count to 5 and then run for your life, except we couldn’t run anywhere due to being put back into complete darkness and sent yet again down narrow corridors. Throughout the attraction we followed the same suit going down narrow halls and entering rooms filled with psychotic ghosts from the past each with their own ‘illness’. One room did stand out to us however and this was what appeared to be a séance room, beautifully themed and of course made apparent that at some time or another devil worship had taken place here and there was of course a demonic woman waiting for us. A clever and well executed scare here was that our main focus was entirely on the demon which enabled another character to suddenly appear from out of the shadows as we headed for the exit. A good jump had by all…

Once exiting this attraction you had the opportunity to enter ‘The Dig’.Your mission is to descend below the house into the cellars and trenches and prey that you do not encounter whatever had been hiding there. The story goes that during a routine archaeological survey a small team of students stumbled upon an artefact of unknown origin locked inside a metal casket. After various tests were carried out they discovered the artefact was made from an unknown metal and the symbols etched into it formed part of a completely new language but as time went by strange things began to happen, people were hallucinating and two of the students vanished completely! Ever since then locals began to see unusual things around the manor house, strange creatures were spotted around the site and so the decision was made to close up the cellars and the house forever… well until now that is.

We meet a young student at the entrance, perhaps one that went missing? She asks us if we know what horror lies beneath and after a few mutterings she hysterically accuses one of us to be responsible for unleashing the evil that awaits inside and as punishment sends us all down to our doom. We were separated into groups of two to fit into the small circular lift which once the door shut started to spin and rotate down and ended with a sudden small drop which indicated we had arrived at the bottom. The door opened and off we went entering into what seemed to be like a mine. Pitch black we had to fumble and crawl our way through whilst encountering many invisible creatures who screeched and screamed at our presence before we came to what appeared to be a dead end. After spending some time being lost in the dark we were reunited with our other friends and entered a smoke filled strobe maze and were finally able to see the dead whom roamed the cellars below before finally finding our way out.

So what was the verdict? It was not as frightening an experience and didn’t have the same wow factor as much as previous productions from GNG Entertainment, however it did have good theming and the actors were talented. The stories were interesting but the actual attractions could have done with a few more jump scares and less of the screaming in your ears and face. Also we felt that out of the two attractions ‘The Dig’ was certainly the weaker of the two. A bit too confusing as to which way to go which is a great way to disorientate your audience but not to lose interest and ultimately lose the scare. Plus also we did feel it was a bit short, but it did prove to have potential for the future once the kinks have been worked out of it. Certainly worth a visit if you are local and £8.00 for both attractions is a fair price for a fun night with friends. 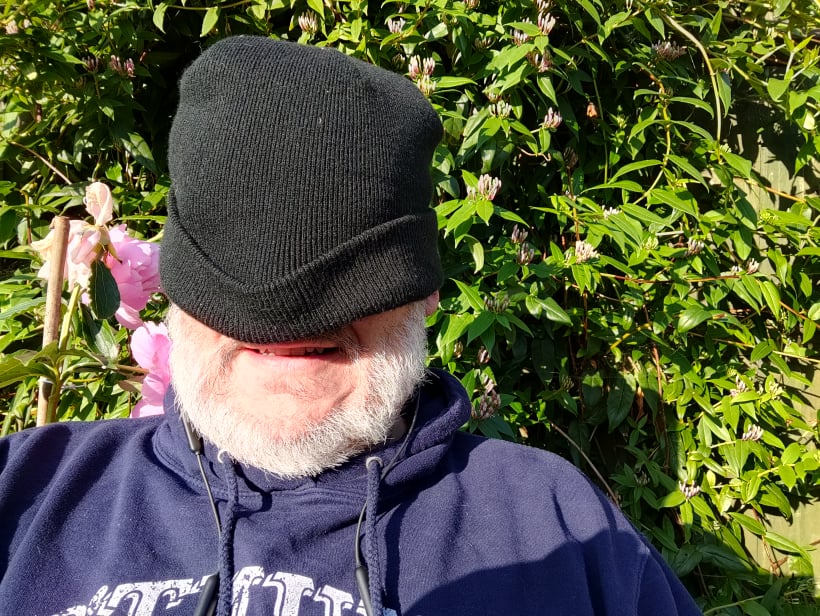 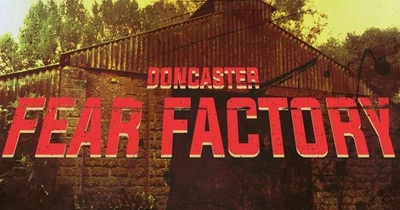 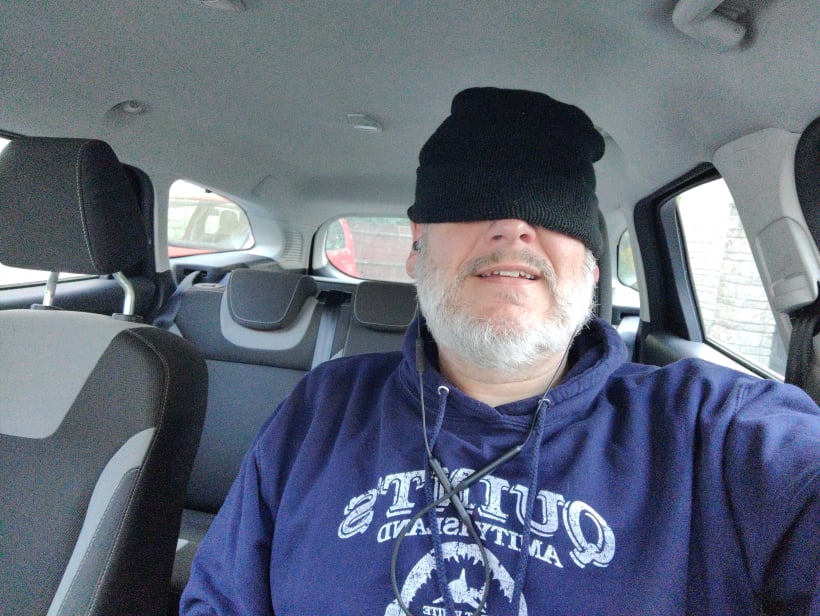 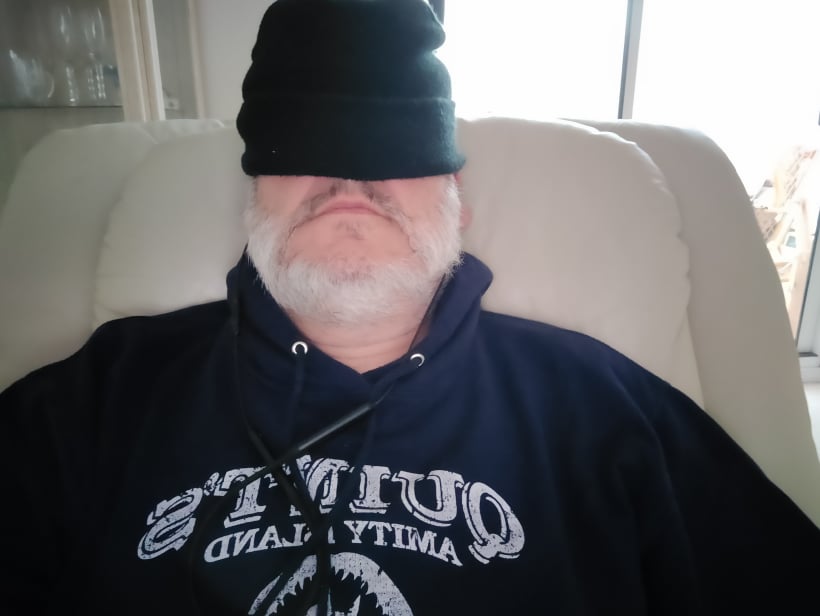 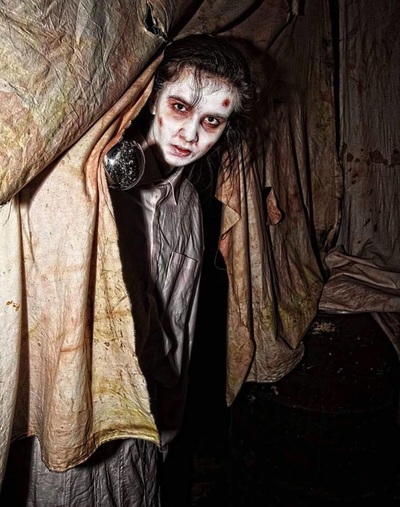 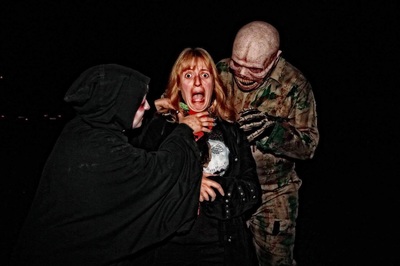 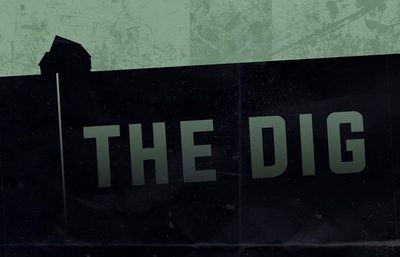 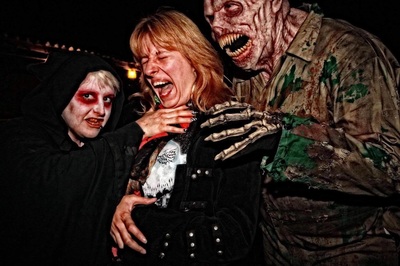 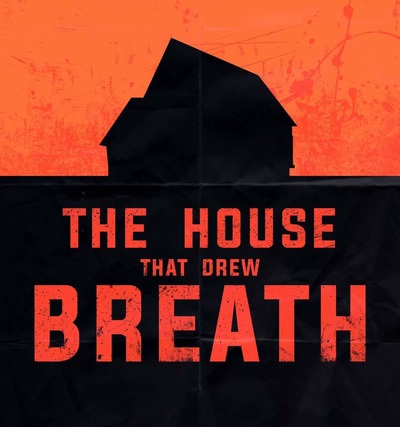