Halloween is back at M&Ds Theme Park in Scotland with a new event name - Darktober, and a new outdoor maze due to the obvious restrictions created by Coronavirus. Responding to travel restrictions  and current Scottish Government guidance, we sent along Kirstyn Cumine, a local to the park to be a guest reviewer for us:

I attended this horror experience with my boyfriend and would like to start of by saying this experience is appropriate for any size group, for couples or for family groups.

We arrived at M&Ds and were greeted by a lovely lady sitting at a help desk by the front door and immediately told us where to go. Collecting tickets was fast and easy and everyone working at M&Ds was very helpful in guiding us to exactly where we needed to be. I would regard that weather on this day was rather wet and cold and due to Covid guidelines the event was of course outside.  I feel some information on the website to advise people to dress appropriately for the outside terrain and weather would have been preferred, as I myself was wearing a pair of fairly old white trainers which were almost completely covered in mud by the end of the event.

Moving on to the experience itself, the initial host of the event gave a very strong performance and set the scene well, making everyone feel uneasy with his loud outbursts and general demeanour. I would have liked to have seen more of this character or more of a continuous storyline as I feel the story was set up at the beginning but didn’t go anywhere once in the attraction itself.

Moving into the “Maze” which was made up of gloomy, dark pathways and a series of sheltered, themed scare rooms where the actors lingered in effective costume primed to scare. Each area was effectively decorated and all props were used well. The actors did very well staying in character the full time and some even took to following us which was extra terrifying.

The terrain made it hard at points to fully concentrate on our surroundings as I found myself focusing on avoiding mud rather than getting a fully immersive experience. A couple of areas had strobe lights to further disorientate and terrify which I found very effective, especially the area at the end with white sheets positioned like ghosts. I think this area would of benefited further with the adding of even more actors for extra jump scares.

Sadly we were a bit disappointed at the end where I felt there was no conclusion to the experience. At the beginning there was a mention of Will you, won’t you survive but this was never touched on again, and it would have been a nice way to wrap up the whole show with a fully realised conclusion so visitors are not left wondering if they have indeed reached the end.

Overall though,  I thoroughly enjoyed the experience and thought the organisers had done exceptionally well creating a scare experience and fully adhered to socially distancing and Covid guidelines. A must horror experience for all ages.
​ 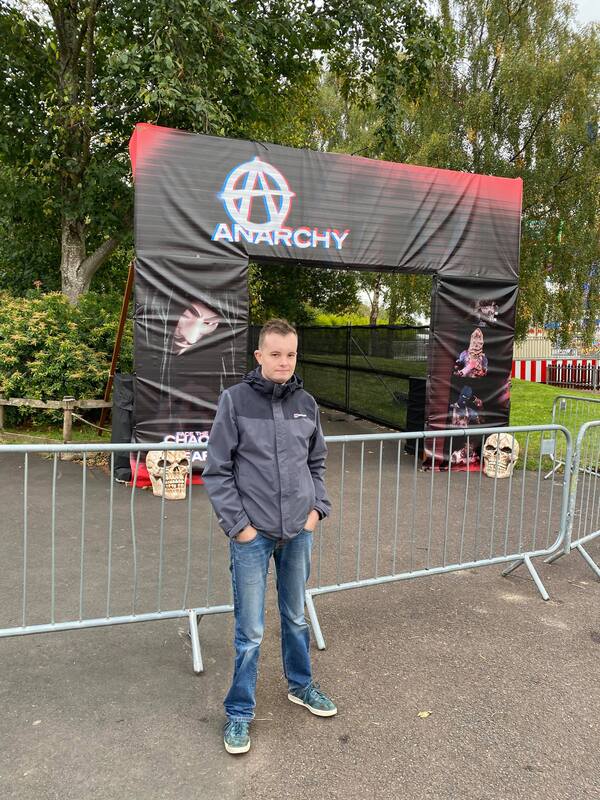 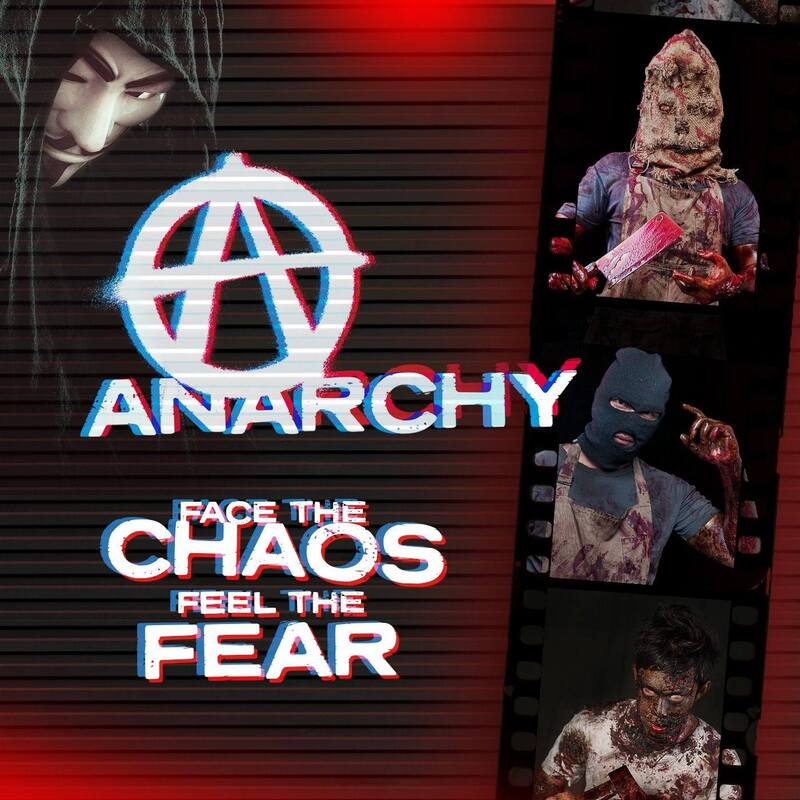 Based on people’s individual ideas of ‘hell’, Outbreak has a very classic feel to it and has something throughout for everyone. Starting with a very over the top theatrical and strangely child friendly story-telling sit down, it lured us very nicely into a false sense of security before a black out leads into the room being filled with nightmarish actors and being hustled into the ‘maze’ itself.

With a brilliant use of spacing and theming it is thoroughly disorientating throughout with each room bursting through with a new idea of hell. A particular highlight was some incredible green blinding laser lighting that makes you loose all sense of direction. Actors behind cages creating sparks with low voltage batons were very entertaining, and though there were actually very few actors throughout, the clever use of rat runs and spacing made the attraction feel very full and the actors were working very hard to make it so. Great use of an actor within a crawl space that really filled the space with a claustrophobic sense of dread, the actors seemed to have free reign of the maze and not be limited to certain zones within.

A chainsaw scare midway again lends it to the classic feel of an ‘old school’ scare attraction and the whole thing was a thoroughly entertaining and enjoyable run. The research behind it to really create an individualised idea of hell comes across very impressively and we’re sure this family run company will continue  to create more equally thrilling attractions and projects. 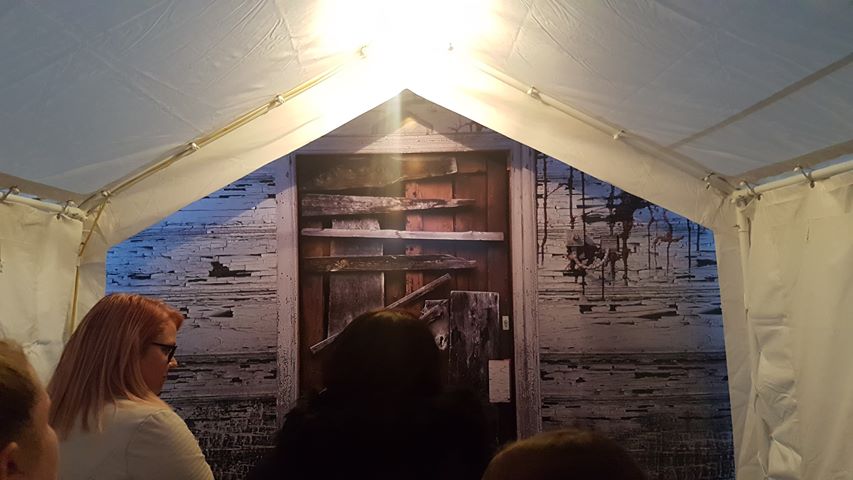 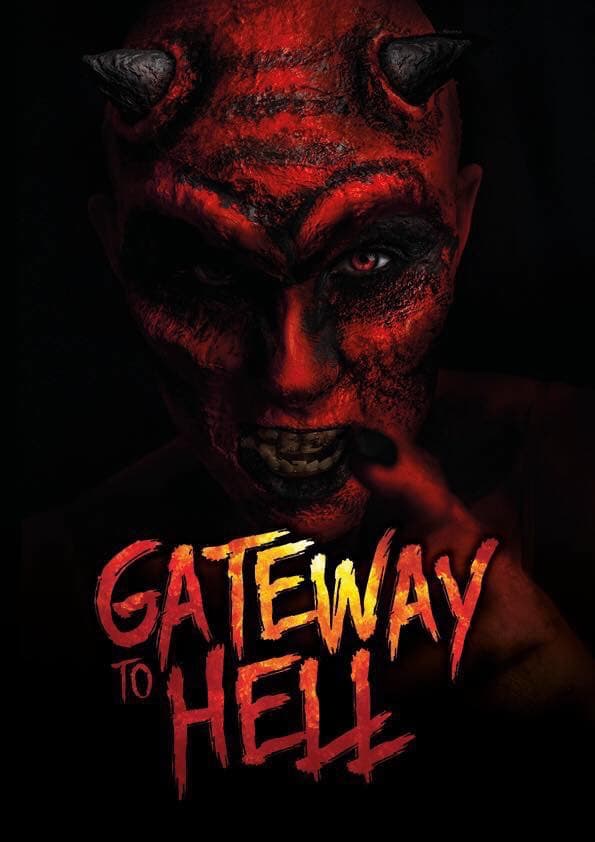 As always the Outbreak team started off this exciting, terrifying horror maze with a unique theatrical and incredibly well put together opening scene, having been in attendance at previous events by outbreak I am always captivated by this opening set up scene, and its well thought out way of setting up the story within a short time scale. This year's event was a journey into the depths of hell, and was a terrifying ordeal to say the least, we had a lot of chains and screaming however I won't give too much away. I'll just say you can't go wrong with this year's instalment of Outbreak, unless you have a sensitive disposition.

This year's event was a follow on from last year's highly entertaining and terrifying Night Terror with an extension to the nightmarish storyline. We had high expectations from 2018's event and they did not disappoint There's something about being scared in an empty theme park that really works. The big wheel from M&D's in the background is just a perfect setting!

So this year's show was a lot more intense, loud and disorientating than we had experienced in the past. The attraction was filled with some really great characters (far too many to single any one out), alongside impressive new sets that made the experience believable and realistic. Our entire experience lasted around 10 minutes due to the pace we were forced through by the terrified girl behind us, who pushed us all the way round in her bid to escape! We all had some genuine scares, so it actually felt like we were in there for longer.

Everything about the experience was a sensory overload with incredible lighting and sound coming from all directions. We preferred this year's show to previous ones - which is always a challenge for any attraction. Basically the talented cast and crew have pulled off a really entertaining experience, and we would like to thank the friendly management and staff for being so welcoming.

So if you are in Scotland and looking for a scare - we definitely recommend you check out Dream Decay - just don't blame us if you ending up having nightmares! 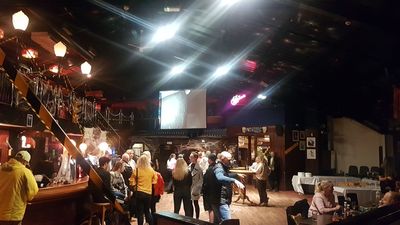 Terrifying
Omg this has got to be the scariest thing I have ever been to. They have defo uped their game this year. Wilder characters with no quick escape, they defo went all out.

​Terrifying- Absolutely Terrifying! Cant walk through without being scared out my mind

Terrifying - OMG!!! Out of 10 I rate ... 11 👏🏼 I never thought they would pull it off after last years but they have!! And it’s bigger and better! So different and definitely the scaries year yet! I have been every year since it started! If your looking for a horrific night out I 100% recommend taking on the unknown of Dream Decay! What are you afraid of?...

​Terrifying-
Absolutely terrifying, definitely upped their game from last year! Couldn’t walk through without being scared at every turn.. and there was no quick escape for anyone! Great value for money and a great experience all round.

Terrifying
Absolutely terrifying, a nightmare that has come to life. The setting is well designed leaving you in wonder of what is around each corner, and the cast are both frightening and fantastic.

​Terrifying
I went last year and pretty much laughed my way round. This year was totally diffrent. They really have improved over the year and the crawling just adds to it. No-one is ever comfy in a tunnel side by side with clowns. Absolutely brilliant. 10/10!

Very scary
I was sceptical before going with my daughter and her 2 friends but it was worth it to see their faces!!! It was awesome and very well put together, even when I acquired a terrified little girl who wouldn't let me go!!! Well done guys, definitely a must go see event xx

Outbreak at M&Ds has been an annual zombie themed scare event at the theme park near Glasgow, and for 2017, they have launched a new theme – Night Terror. As participants in an experiment, we were soon introduced to a POD “gas” that would allow us to control and manipulate our dreams. Of course, we all know that dreams soon mutate into nightmares and very soon, all hell was let loose.

From here on in we were subjected to many quite intense scenes including a rotating, disorientating tunnel and a tiny little crawl tunnel. The rooms were all populated with loads of creepy clowns, killer dolls and other nasty creatures – our favorite being the scary Jack in the box.

The scares came thick and fast over the course of about 15 minutes with the actors coming very close and really invading our private space. We also noticed that many of the actors had multiple positions to scare from, meaning that the maze felt well populated – especially in the finale!

To accentuate the themes in each room, the event made great use of multiple smells and lighting effects and we loved the subtle whispering of “wake up” throughout.

For a new theme and a break from generic zombies, we were really impressed with Night Terror. Clearly a lot of thought and design has gone into this show, and the team should be proud of what they have created. If you are in Scotland this Halloween we would recommend a visit! 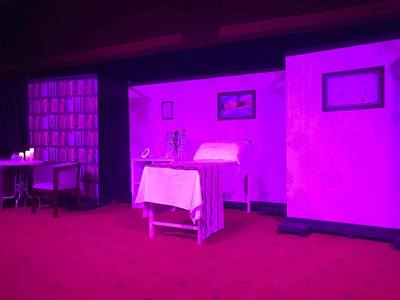 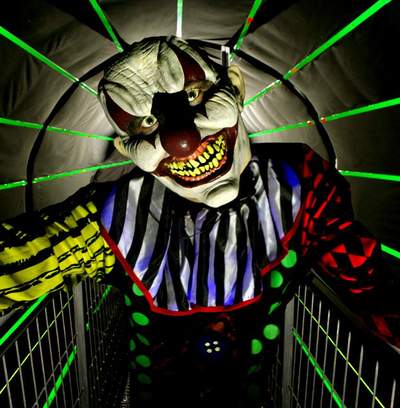 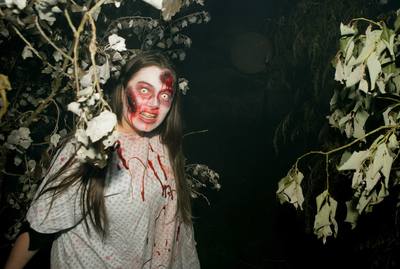 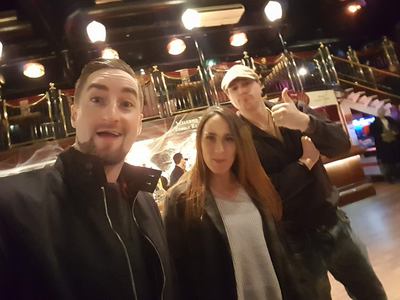 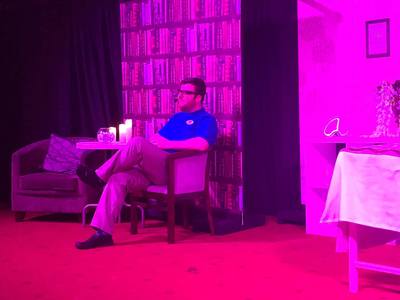 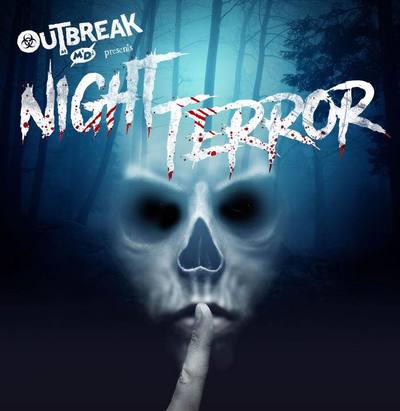