CONTAINED Liverpool, has entered 2019 with intent, and a satanic cross to bear. MOTEL SIN is the main event, and it is a scare maze situated in the most vile and horrific motel in town. Now don't be thinking you'll be getting a good nights rest whilst here... You will be suffering for your sins - all off them.

You enter MOTEL SIN in groups of up to 4, and when waiting, there were two evil clowns entertaining the crowd. They had a full box of macabre tricks, which they hysterically & horrifyingly put to good use. The dark humour that these two brought to the situation, was pitched excellently, and it was a good contrast & warm up to the main event. When you enter MOTEL SIN, the motel mistress immediately explains that your stay will certainly be unpleasurable, and she wasn't wrong. For the next 30 minutes, you are met and manhandled by some of the worst employees & residents you could ever expect. The toilet man, wearing his used nappy, was our favourite room. It was certainly revolting, unexpected & executed perfectly.

The performances from all of the many scare actors were highly commendable, as was the design & creativity that went into this scare run. The lights in most rooms flickered on & off to good effect, leaving you disorientated. Pneumatic air props are used well, to scare the bejesus out of you. And I do believe the team used revolting essences in several rooms, which were stomach churning, when accompanied by what your eyes saw. This isn't your usual jump scare maze, this is much better!

PITCH BLACK: THE FINAL SIN, is a very welcome creation from the 'Contained' team. This an optional and additional scare experience, that has you handcuffed & blindfolded in a chair, whilst a murderous & perverted Hillbilly family take pleasures in your company.

The Contained team, has dug deep with their creativity & ideas for this year's main event, so much so that they have had to tame down their their initial offerings from their first show last week – and the recommended entry age has gone from 18yrs to now being 15yrs old and above. If you don't mind the odd sicko grabbing you, and getting in your face, then this definitely a ticket worth getting. The extra event, PITCH BLACK is a cleverly put together scary soundscape, that is repulsive in moments, especially when the hillbilly's interact physically with you. Hats off to the Contained crew, job well done! 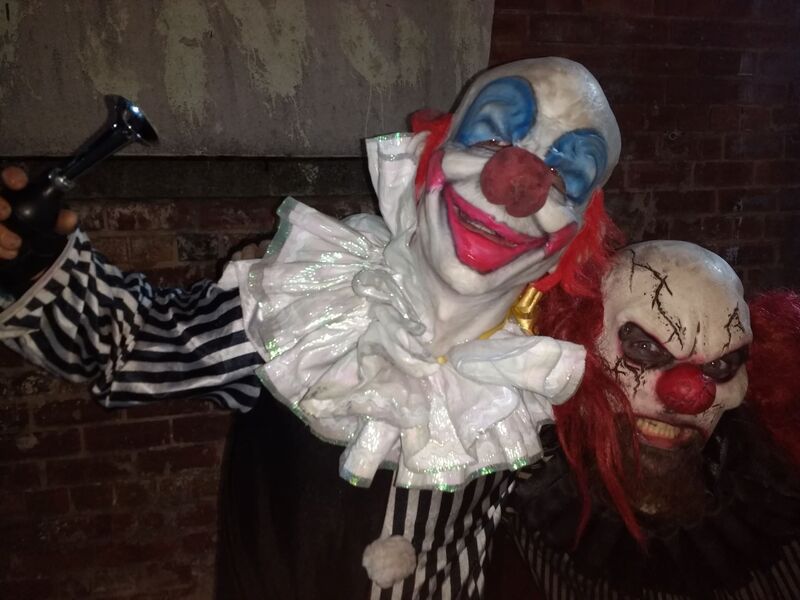 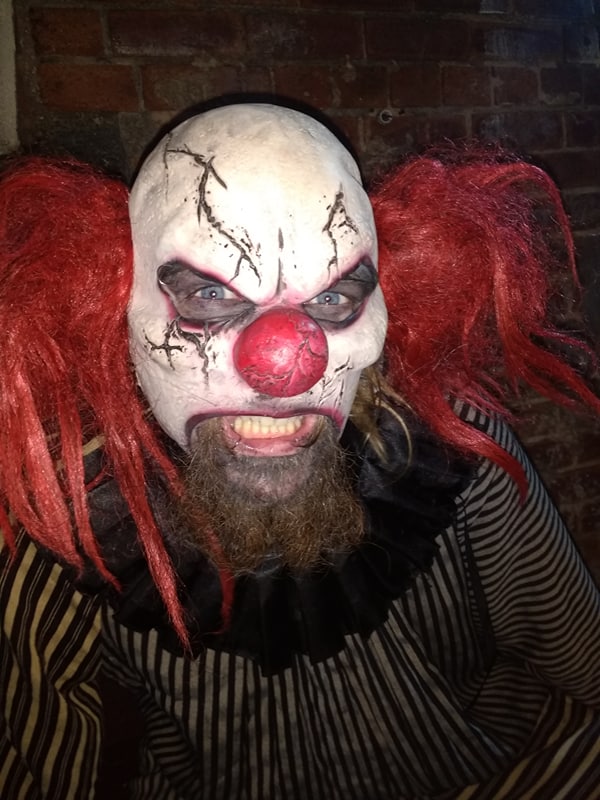 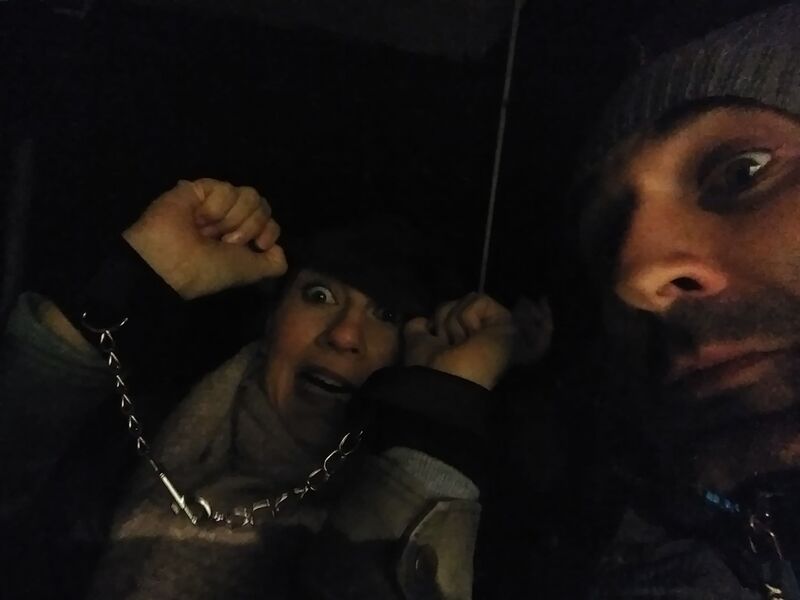 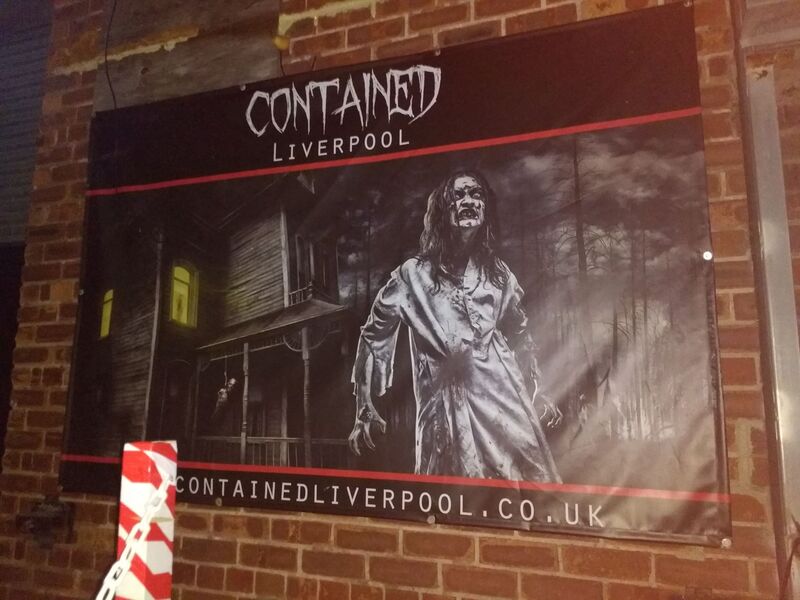 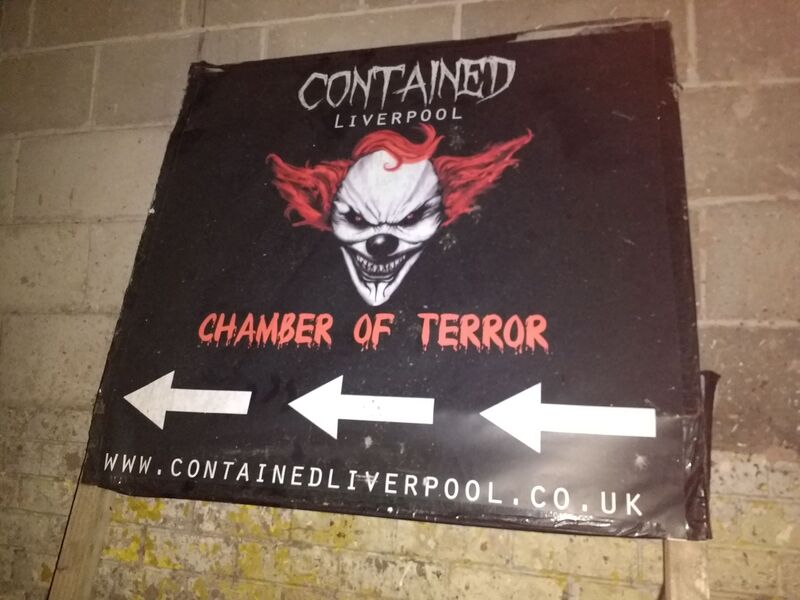 We found ourselves deep in the midst of Kirkby business park, Liverpool, looking for a twisted creation called Containment. On our arrival, we weren't sure we were at the right place. Everywhere was shut & dimly lit. However on speaking to a lonesome security man, he pointed us in the direction of the rear side buildings.

The dark and lifeless business units, gave us an unsettling feeling. A clown was heard cackling & honking his horn in the distance... We were at the right place for sure. When we neared this manic character, he did his utmost to spook us, and he made it clear that we would not be leaving alive tonight. So with this in mind, we went to join the cue to donate our lives to scare entertainment!

This year's Contained, is 30 minutes long, and twice the length of last years attraction. The 2017 public had asked for more and longer, and thus the event gave what was wanted. And how very grateful we were too. Through the event we walked, and at one point - creawled, around the Labyrinth in a group of 4, which is the maximum number per group. In every room we were stopped shortly, to experience a new theatre of horrors, hosted by wonderfully crafted actors.

There was no obvious story running through the whole event, and this is where Contained finds its charm - lodged firmly in the chaos. The creators, have dug deep, to produce such an array of different scenes. There are also, many pneumatic air props used throughout to impressive effect, along with well timed lighting cues and bangs. The scare attraction has a continual element of dark humour throughout, and there were countless times, when we found ourselves laughing hysterically between screams!

What we did find particularly impressive, were the escape room elements. We were tasked in these rooms to find keys to open boxes, look for escape codes, or face the wrath of the beast. Sometimes we even had to put our hands in holes where deadly insects may lie.Not for the weak of heart!

Overall it was a very enjoyable & entertaining experience. Although it isn't the scariest of scare attractions, it certainly makes up for it in fun, creativity & variety.  We are sure Contained will have countless people crying for their mums nonetheless. But be warned, this year there are no emergency exits for the yellow bellies! 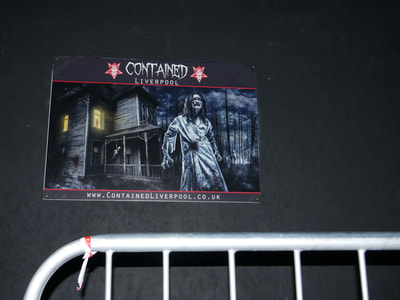 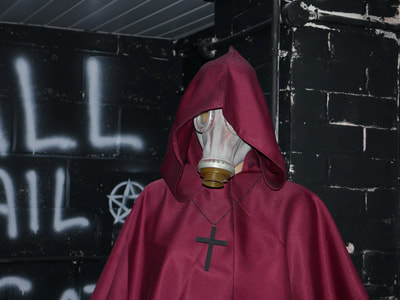 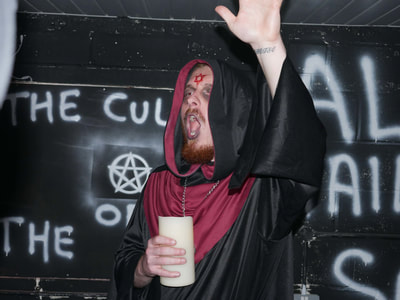 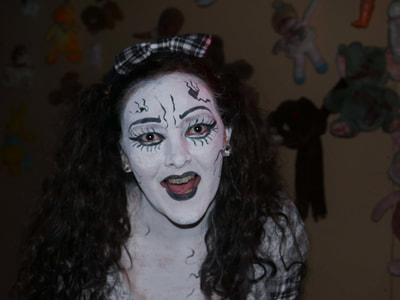 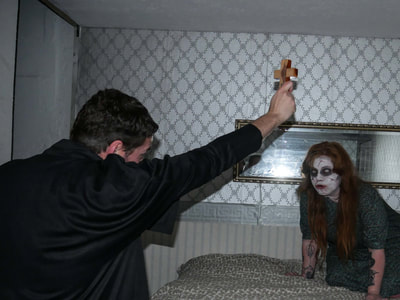 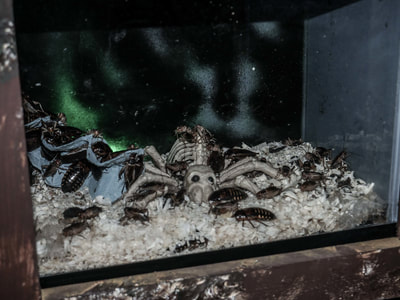 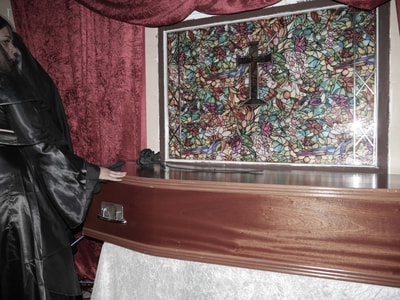 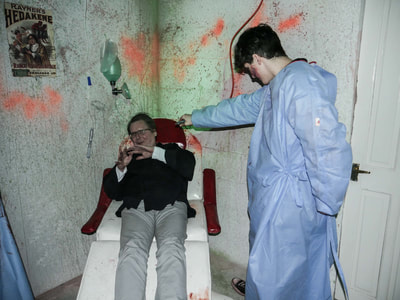 Contained Liverpool is a brand-new event for 2017,  and includes The Chamber of Terror - a maze that takes approximately 15-20 minutes to experience. The maze itself could be described as a cornucopia of horror, and featured several scenes with clowns, dolls, pigs, cannibals, and everyone’s favourite exorcist etc. It really covers every aspect of horror, and there is bound to be something contained within that will leave you feeling on edge and quite frankly, terrified!

The sets were excellent, with great attention to detail giving us an instant jolt into each scare and setting the scene perfectly. Also, each and every actor played their role with so much energy and conviction. What we liked was that the characters and their motives appeared well thought out and were executed with skill (rather than just someone screaming at you or making you jump!)

The one thing that stood out for us the most, was that there was SO much energy in the maze  - it was hard to not feel totally immersed and let the fear flow. Lights, sound and smoke were used to great effect to disorientate us and ramp up the scare factor,and that coupled with being separated at some points (even in a group of 2!) led to an intense and exhilarating attraction. Our final verdict? An excellent addition to the scare industry within the Liverpool area! 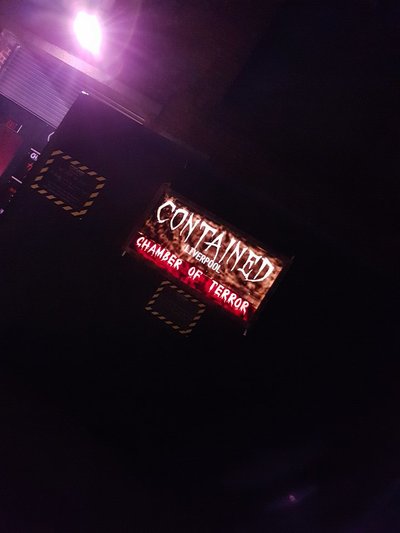 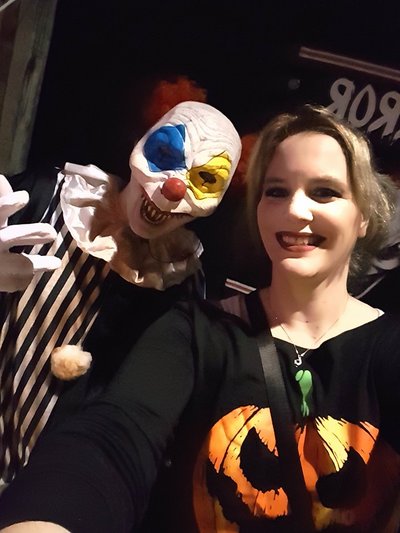 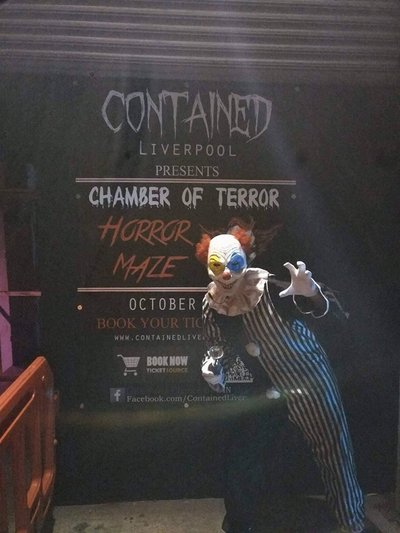 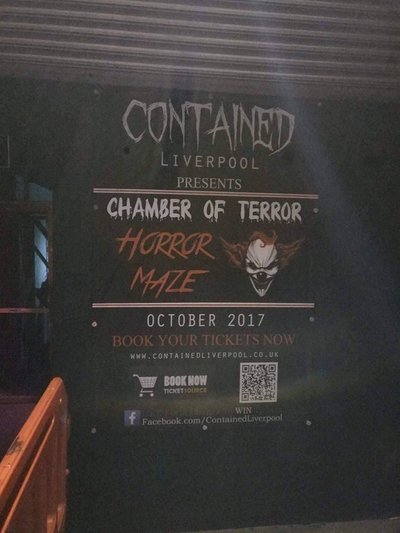 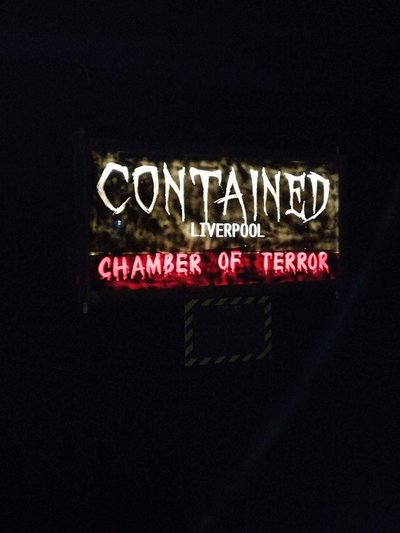 A great deal of thought has gone into creating the chamber of terror. The actors were the best I've seen and they really put their heart and soul into their performance. However I feel that the cost of admission was a bit steep considering we were only in there for 15 mins. There were no toilet facilities and we were told to use the garage up the road. I know this is the 1st year and hopefully next year the event will be bigger and better. I would return next year to see if any improvements have been made.