​Colab Theatre are back for Halloween 2021 with another terrifying murder mystery. Echoes follows their tried and tested formula by asking teams to work together in order to find clues and solve a series of murders. In this case, Rev. Jane Parks (C of E) has gathered us together to solve the mystery of a series of unexplained deaths in and around a South London chocolate factory. However, this is no Willy Wonka wonderland, rather a run-down Victorian building which is apparently haunted by a malevolent spectre.

The format is familiar however the Colab team have introduced a new element this year involving a hunt around the local area to find "echoes" of recordings using an app on your mobile. This was a fun experience, standing in a busy street with a bunch of strangers straining to hear a woman describe a ghostly encounter! Our favourite thing was seeing the look on the faces of passers-by as we commented "did she say the ghost was wearing a hat...?"

Back in the venue, we are tasked with venturing into the basement to find a selection of personal items belonging to the victims or the spook. This again was familiar, with the groups being told to stay as quiet as possible, and only having a tiny torch and a walkie-talkie to assist us. The group we were with weren't too bothered about being quiet, rather rampaging through the area talking and screaming loudly at every unexpected noise or shadow. The first appearance of the ghost seemed to shake them to their senses somewhat!

As the evening progressed and the story began to come together, we were all asked to gather in the basement for one of Colab's always-exceptional finales. No spoilers, but the energy and tension was really ramped up during this explosive scene.

As usual, the performances are as professional as you will see at any high-end scare event and the small troupe keeps the energy high throughout. One minor quibble, which would only be apparent for those who have attended previous Colab events, is that the formula may have run its course. Introducing new elements such as the use of mobiles was good, but we think they may need to expand their plans for next year. All in all a great couple of hour's entertainment and highly recommended for a group of friends or colleagues. 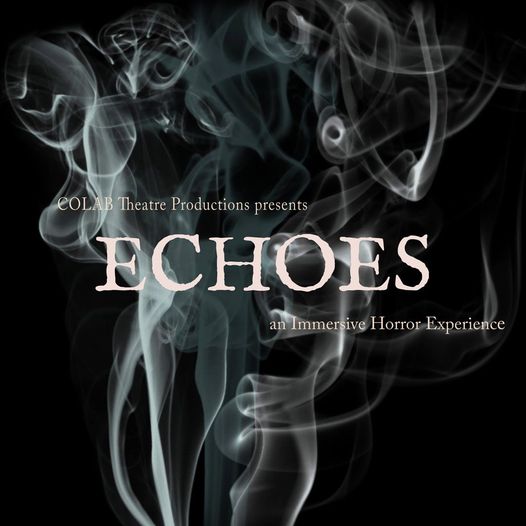 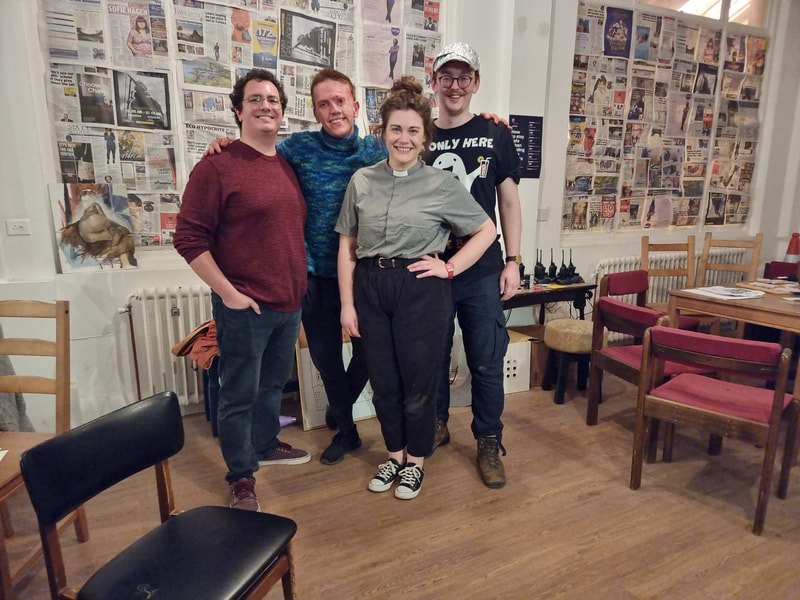 ​The interactive theatre geniuses COLAB are back with a scarily Covid-compliant haunted house experience for Halloween 2020. Based in their current base, the former King William IV pub in Southwark, COLAB invited us to assist with exorcising a spirit from the premises by uncovering clues, discovering secrets and finding items in the darkness of the basement. How could we refuse?

The tickets for the event are sold in "pods" of two and on arrival each couple was assigned a seat separate from each other pod. Having grabbed a drink from the on-site bar (this is a former pub, after all!), we took our seats and were introduced to the mystery we were to help solve. Rev Parks, who we met during last year's excellent event "Silence", was once again in high spirits as he regaled us with the story of a murdered woman on the premises way back in the 1930's. There was one clear suspect, however the spirit of the victim had been restless since her demise and Rev Parks felt there was much more to the story than was publicly known. Cue, the seance. These can often be hammy and overplayed, however fortified with a blended drink supplied by our hosts, the participants bravely called forth the spirit of the young woman. With dramatic sound effects, the lights in the room started going out, one by one. The tension was palpable as the scene played out and it was evident a number of the couple were already scared.

Following this scene, we were informed we needed to collect a random selection of objects in order to complete the seance and exorcise the spirit. Where would these objects be? In the basement, of course! Possibly because we were recognised from our last adventure, we were the first to descend. One of us had never been to a similar experience and was particularly nervous, however we bravely made our way down the dimly lit staircase and into the pitch-blackness of the basement. With only a pen-torch to see around us, we inched our way forward, brushing against furniture and trying not to make a noise. In the darkness, cloth-covered shapes could be made out, vaguely human, not moving... were they mannequins? Statues? As we continued our search these sheeted spectres moved silently around us, which we found particularly intense! Eventually, we found one of the items and stealthily made our way out of the cellar, breathing a sigh of relief and excitement on escaping!

Each of the couples made a similar trip to the basement, and we descended again later in the evening as people struggled to find the last remaining items. Finally, all items were gathered and the exorcism could commence. This final scene was a fast-paced event in the basement which left our heads spinning and hearts racing. Without any spoilers, the truth of the murder case was heart-breaking and drew more than a few shocked gasps from the groups.

As we all left the basement and made our way outside after over two hours of entertainment, the groups chatted quietly and excitedly between themselves. The overwhelming consensus was that this is an inventive and exciting interactive experience and one that each of the participants would enjoy repeating. We felt the same, and knowing this team they must surely have many more clever ideas for future shows. As we head towards another lock-down it is gratifying to know that small, enterprising troupes like COLAB are able to look forward to new adventures, safe in the knowledge that they have a growing group of supporters to play to soon. 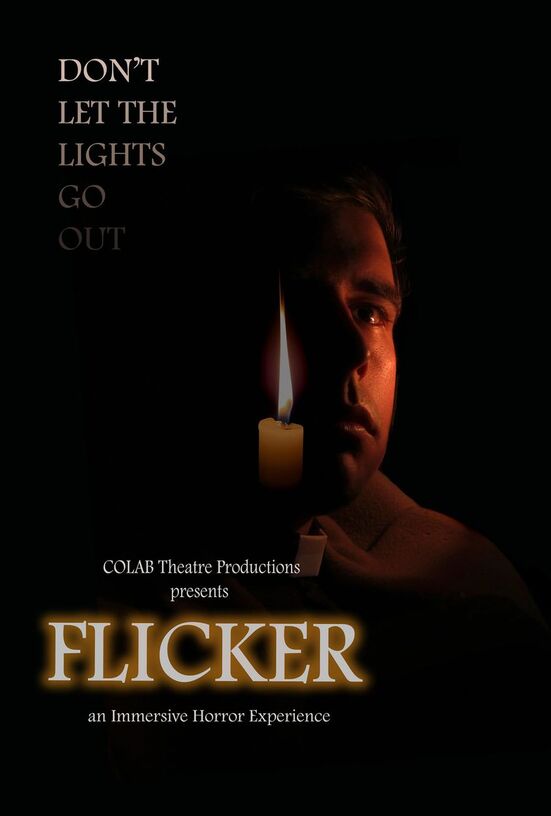 Murder mystery meets scare maze as COLAB Factory present their Halloween special. Based at their fabulous venue in Southwark, this ambitious interactive event promised much – and fully delivered. The group was much larger than the usual events we attend – around 20 people were involved with space for a few more – which made for plenty of fun interaction.

A priest specialising in exorcism introduced us to the mystery surrounding the death of an inmate at the asylum, and so the murder mystery aspect of the evening was under way. By using newspaper reports, ID cards and witness statements, we started piecing together an idea of what happened to the victim. Then we were split into couples and each pairing given tasks to complete in the haunted venue downstairs. Equipped only with a torch and walkie-talkie, we had to explore the terrifying asylum for clues to find the murderer, all the time being pursued by a ghost attracted to noise.

To avoid spoilers, we won’t go into detail, however it is enough to say that the murder mystery element kept everyone engaged while the repeat excursions into the haunted subterranean venue for clues offered constant tension and repeated scares. There were a few twists in the story that nobody expected, and these kept us all guessing.

The entire experience lasted over 2 hours which gives excellent value for money, and the event was rock solid from start to finish. The entire group left feeling thrilled and excited, chatting and laughing as we left the venue even though many didn’t know each other when we arrived. We would say this was probably the best scare event we visited in London this year and cannot wait to see what these creative guys come up with next. 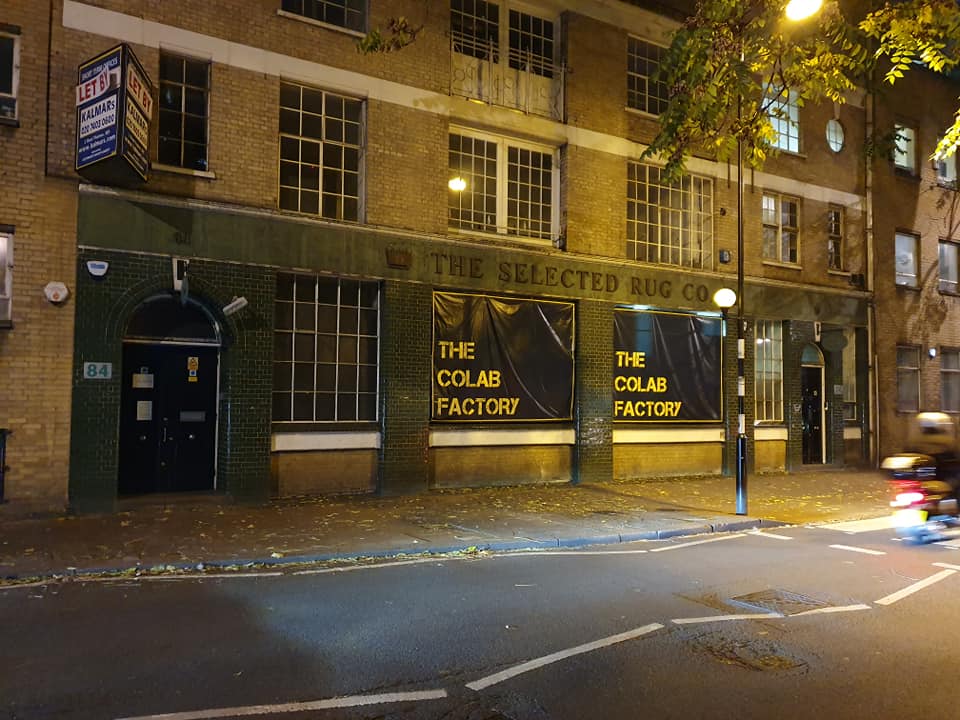 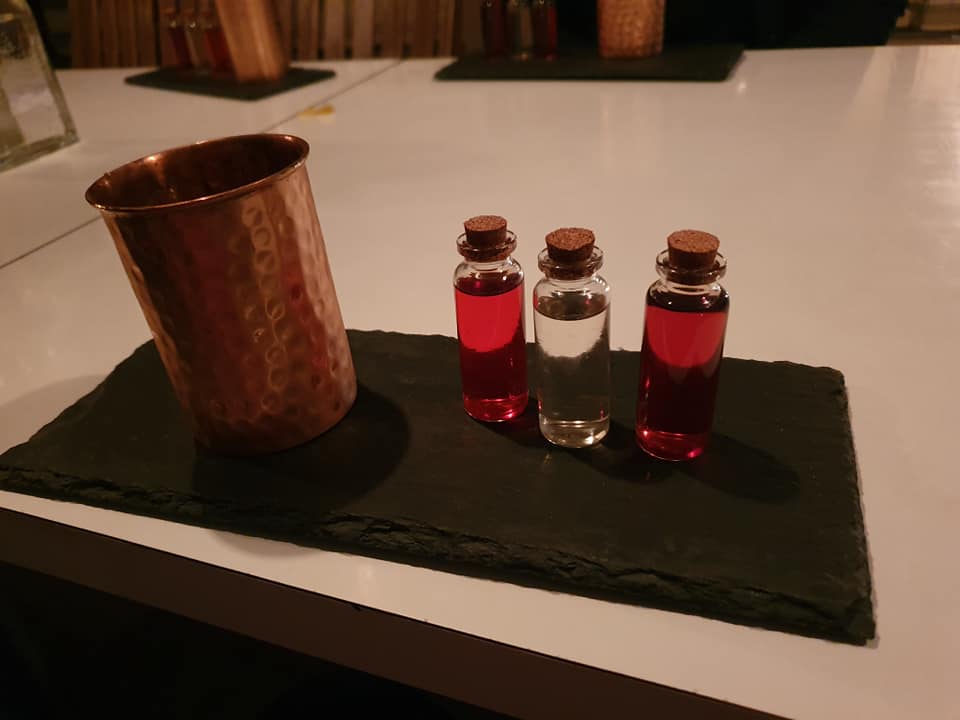 There has been a lot of debate recently about what immersive theatre actually means. Certain more extreme experiences have been using the term to describe their aggressive full contact shows and even the wording on Colab's website would indicate that something extreme was about to happen - "SPY CITY is unique in its extremity as a show and pushing the fourth wall right into the very lives of the audience"

It's true that there are elements to Spy City that would make certain people uncomfortable, but at no point were we ever really in any risk of saying the safe word. Although tied up, and hooded at times, these elements were not intended to hurt or degrade us in any way, they were just part of a whole immersive story telling scenario.

The show itself is effectively a three-parter, with a more theatrical opener, followed by a role pay scenario where we were trying to make contact with a spy, followed by a very tense heist on a local safe hose patrolled by armed goons. Although disparate in style, the three acts created a sense of unease and built up to the final scenes, which were as scary as any scare attraction we have visited. Who ever said that scares had to be supernatural?

Along the way, the show had multiple escape room type elements and all of our team had to work together to influence the story line and make sure the world stayed safe by the end of the 2 hour duration.

To enable us to do this we had to interact in many different ways with the actors all whilst under the direction of a spy handler, who made sure we didn't run off in the wrong direction or start a raid on the wrong building! The actors themselves were all totally believable in character and as the plot yo-yo'd back and forth, loyalties were challenged and rugs were pulled, we were left as a group trying to decide who we could really trust.

From beginning to end we were totally immersed in the story and must commend Colab for creating such an engaging production, that constantly kept surprising and delighting us. The combination of theatre, escape room and scare attraction all worked together to create an incredible show that really needs to be experience to really appreciate

So all that was left after we finished was o have a vodka martini (shaken not stirred) and dream about our next mission!