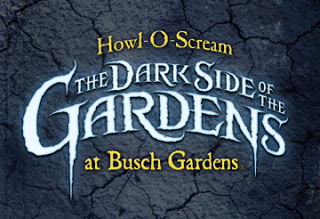 If you're staying in Florida during the Halloween period you cant help but notice two massive events that everyone's talking about; Halloween Horror Nights and Howl-O-Scream. After a fairly impressive run at Halloween Horror Nights, we found ourselves driving an hour or so along the I-4 towards Tampa wondering how a relatively smaller budget attraction could compete with what Universal had to offer.

We arrived at Busch Gardens to find a very full car park, in actual fact an estimated 18,000 visitors were to be on park for the evening which left us questioning just how many attractions we could get under our belts. Much to our dismay 'Alone',  Howl-O-Scream's most infamous maze had sold out days in advance and we were seriously worried that we weren't going to get everything done in one evening, especially after our experiences of Halloween Horror Nights.

A little thinking outside of the box later and we had in our hands Fright Feast tickets. The basic premise of the Fright Feast is early entry into Howl O Scream to experience an early showing of their Fiends Show to maximise our time at the event. A whole platter of appetizing food awaits as you enjoy the show and once finished you are given half an hours exclusive access to the parks mazes plus a further hour of front of the line access.

The Fiends show was quite simply great fun. A mixture of songs, dance routines and humour from a cast of ghouls, monsters and sexy nurses which although wasn't anything we hadn't seen before, it was an enjoyable start to the evening. The song choices seemed to work well and the cultural references were perfect for their target audience.

We had been studied the map, trying to work out our best plan of attack for the mazes in, so at the end of the show we hot footed our way over to Circus of Superstition 3D eager to see how this would fare against Universal's Penn & Teller 3D maze. This was one of highlights of the event and really showcased how brilliant a 3D maze can be. To be truly honest, we have never found clown mazes to be that scary – they're more of a fun experience with the odd impact scare. This maze seriously challenged that and at times there were points where we were questioning if we could continue. Rather than just being taunted by the clowns you're forced to test all those superstitions that you were told about as a child with terrifying consequences. This maze really reinvented what can be done with a concept we've seen time and time again and left us wanting more.

Zombie Mortuary was our next stop, after the bright lights of the Circus, our eyes had a hard time adjusting to the dim lighting of this very well themed maze which had an "outside brought inside" feel to it. In particular a room full of mourners really had us cowering – a well used scare we knew was coming but excellently executed . The maze featured some really inventive impact scares which conversely we didn't see coming and really kept us on our toes. The finale of the maze was incredible, we think we counted 6 actors in a very small space. The end feeling of being buried alive was incredible to experience and pretty intense, we have never wanted to leave a maze more than at that moment!

Nevermore was next up and although a very interesting and well designed maze this was probably the least scary of the event. The maze was however, beautiful from start to finish and was well thought out. It was nice to see that it referenced all of our favourite Edgar Allan Poe stories rather than filling a maze full of Ravens. Our favourite set piece was a room of darkness leading into an intense red Strobe room creating a really unpleasant sense of bedlam that would drive anyone insane!

Ultimate Gamble: Condemned was a maze we had been looking forward to. After all, there is something about experiencing a haunt with a simple flash light that really ramps up the fear levels. Unfortunately we were left with a sour taste in our mouths as the two leaders to our group (who incidentally had the torch) sped through the maze at a speed that the rest of our large group couldn't keep up with. The torch works as an indicator as to when the actors should reveal themselves and so meant we missed most of the scares and saw a lot of resetting actors. We caught up with our flash light halfway through the maze as there was literally nowhere for them to go, the line had backed up and for long periods we would completely stop with nothing happening. To the actors credit they stayed in character well and even though we saw the same scare reset several times the vampire buffet room was impressive to watch. The actors in this room really did everything to petrify the guests, and they made an effort to scare you so much each time they appeared, that eventually you really didn't want them to reset and come back out!

Time was getting short before our front of the line passes ran out and we still had two mazes left to visit. We continued on to Nightshade Toy Factory Factory which felt incredibly long and easily made up for the disappointment of Ultimate Gamble. The speed that the vortex tunnel went round at was insane and had us stumbling our way towards the end. The mix of humour and impact scares was just about right and the tag team of chainsaws as the finale worked really well. In short, a beautifully well produced maze with lots to take in.

Blood Asylum was the final maze of the night for us and we got there just before our front of the line passes ran out. Again this was a really long maze with a few great bits of dark humour – one doctor demanded that we keep to the right – every time we did we were grabbed at by one of the patients hiding behind bars. Multi level scares made up a big part of what we liked about the maze and the level of detail inside was great. The electocution scenes was a treat to experience as was the finale;  a red blinding light shone in our face as we stumbled forward unaware of where we're heading, and just as we start to realise what that familiar smell of petrol is, it's way too late and we're running from a chainsaw wielding maniac!

In summary, many other attractions design a maze with props hanging down and mannequins populating the mazes to save on the number of actors they need to employ while Howl O Scream fills their mazes with loads of multi sensory props and effects as well as an abundance of actors. The acting crew were generally spot on at  hitting audio cues and were not afraid to literally throw themselves into their roles.

The Fright Fear option was great value and really meant we got to experience everything. Don't get us wrong – we didn't have time to amble around at a leisurely pace but at a fraction of the price of a front of the line pass we believe it was well worth the money,especially with a meal included. Just need to be prepared to speed around the long streets to take advantage.

The overall atmosphere of the park was brilliant, thanks to DJ's and photo opportunities scattered all around. The roaming scare zones didn't really work too well at Busch – the park is far too spread out and it felt underpopulated despite lots of positive feedback. Maybe we were just unlucky and in the wrong places at the wrong time that we just didn't get the full effect. The Sliders (A HOS favourite) however, were out in full force and it was a pleasure to actually sit and watch them for a while as they performed their well timed multi actor scares. The faded memories Scare Zone was also well done with some of the most iconic characters from Howl O Screams long history. It was also very interesting to see the use of child actors in the roaming hordes  This was a nice and unexpected surprise, and worked very effectively on guests who really don't realise the difference between actors and visitors. We had a great time watching people get scared to tears by a sweet innocent little 10 year old girl with a mean streak!

Overall we loved Howl-O-Scream, its well worth the hours drive up to Tampa if you're spending any time over Halloween in Florida. Our only regret was not being able to experience Alone but it's taught us one valuable lesson – don't take anything for granted, book early and plan ahead­. 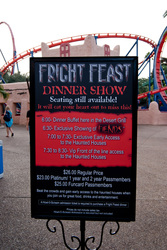 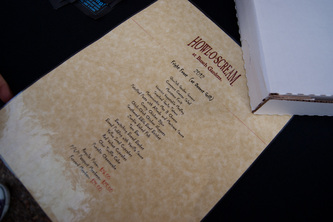 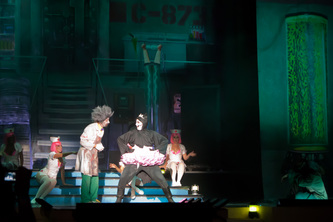 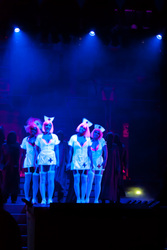 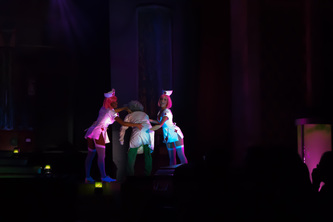 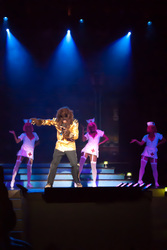 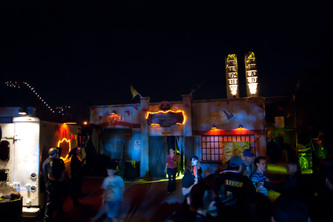 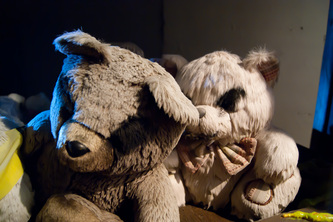 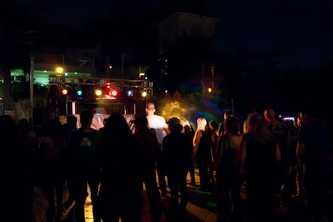 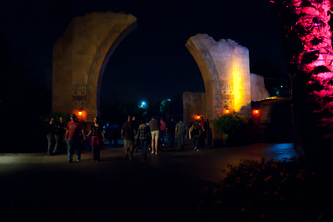 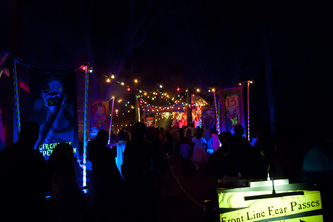 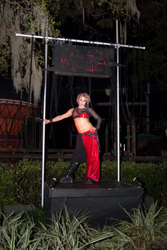 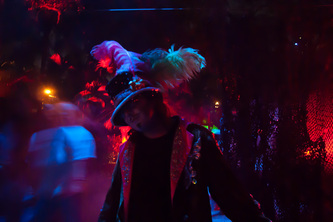 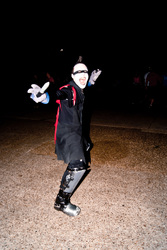 Also visited Busch Gardens or any other attractions? - tell us what you thought here