We always have a great time at Broadwitch Hauntfest and after winning a SCAR award in 2014, we decided to hold the ScareCON Aftershock at the venue this HalloweenBroadwitch Field of Screams:

In previous years, the maize maze has taken on some weird but scary themes. We have been terrorised by evil Willy Wonka munchkins and Grimm fairy tale characters and so we were looking forward to see what crazy plans the team came up with in 2015. As it was – the surreal themes have been dropped and the maze  has become a generic /horror farm theme with evil scarecrows, wild hillbillies, chainsaws and more. Despite this, and regardless of the fact that the maize hadn’t really grown much this year therefore making hiding places quite difficult, the Field gave us some good scares  to start the night

Thirteen has been at Broadwitch for several years now, and has always provided some great scares in some quite tight claustrophobic spaces. This year the acting crew seemed to be particularly active throughout the maze and we were terrorised from beginning to end. Some of the scares are also presented with a cruel sense of humour and scenes such as the crashing aeroplane, left us laughing as well as screaming (as we found ourselves crawling between the knees of an air hostess!). Another key element to this maze was that all the rooms were different, which provided a lot of variety to the experience. Great fun from beginning to end.

Spooky Castle remains the big headline attraction at the event and presents a beautifully themed environment with corridors that seem to go on for ever. The maze also has an abundance of animatronic style effects that still make us jump even when we know they are coming (especially the drooping ceiling effect). The attention to detail throughout Spooky Castle is extremely impressive and the acting is a mix of theatrical characterisation and short sharp scares. Compared to previously – we felt there was a much better mix of scares . There was even a running gag throughout the maze with a portrait picture that kept coming to life, that scared us every time! We were just slightly disappointed that the final scene didn’t end in a big scare to leave us running out the door. It was a great scene but would have worked perfectly early on the maze as it was more theatrical than high impact. A slight niggle to an impressive attraction.

Biometrix was the winner of the SCAR award for best scare attraction in 2014 and had a lot to live up to. This year has seen a number of changes to the attraction including a better frontage, a longer route and the elimination of the pre-show briefing  video. Now, the maze is one non-stop assault on the senses from the moment you enter to the moment you are chased out the end. Once again the actors are allowed to touch, push and grab and with the multitude of hiding places and scare opportunities it feels like a whole army of mutated soldiers are in the maze with you. As in previous years – the search for the warning beacons is just a distraction that means you are more likely to be attacked by one of the actors. Add in some impressive effects, loud noises flashing lights and more – and this remains the most intense and fast paced attraction that Broadwitch have ever hosted.

The Edge is new for 2015, and this nest of bloodthirsty vampires have replaced Containment.  The attraction uses the same containers as before and they have now been beautifully themed inside  (the crashed hearse from the outside actually makes a prominent appearance inside the maze). The route through the containers has also been changed and the mix of indoor and outdoor sections makes the attraction feel longer than previous versions. It also felt quite close and claustrophoc at times especially with some of the rooms filled with coffins and as we edged past them we were never quite sure what would jump out. The actors were particularly lively throughout and gave us some great scares from beginning to end.  Add in the fire finale, and impressive theming throughout and The Edge is a stylish maze and one of our highlights of the night.


Outside of the mazes, Broadwitch had their usual army of roaming characters who were on hand to tease and torment anyone they could find. One particularly cruel guy in a motorised disability scoter scared this reviewer, when he charged at the toilet just as we opened the door!. The characters are great fun and with the new venue layout introduced last year, are more visible when waiting in line or moving round the event.

With the new additions and changes for 2015, Broadwitch have freshened up their Halloween offering whilst retaining some of the best bits from before. Who knows what they will come up with for next year, but if it is as fun and scary as this year then we have nothing to worry about! 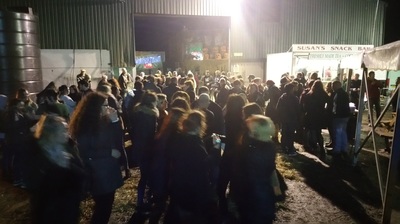 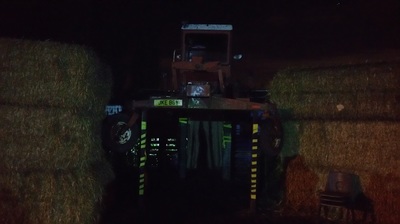 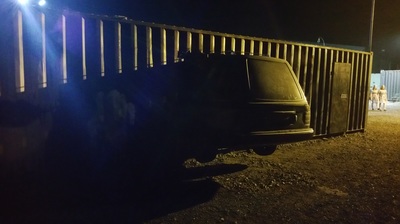 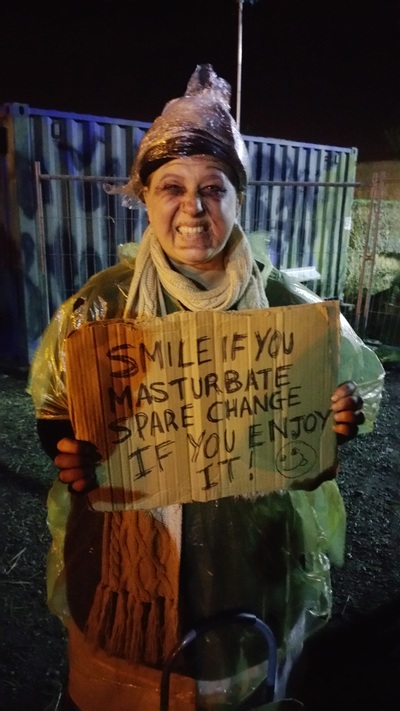 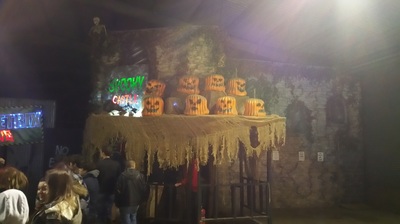 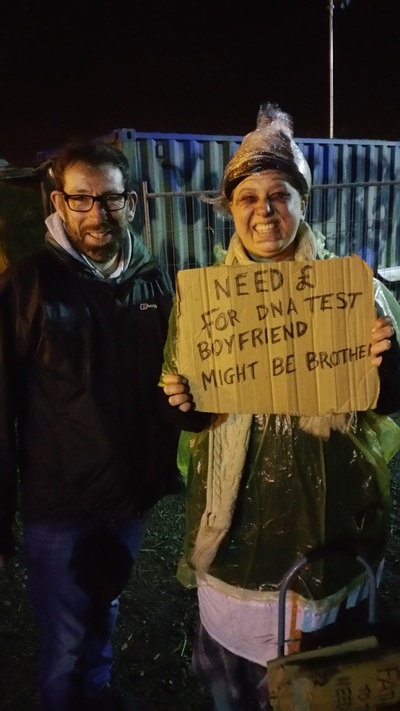 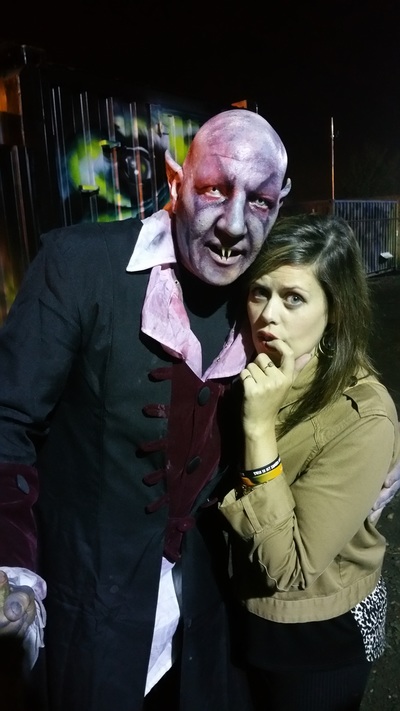 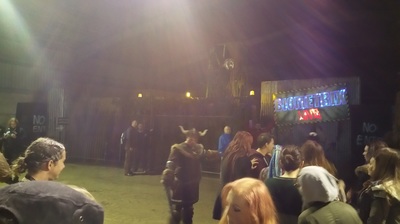 Scary
​
Biometrix - This was brilliant, non stop action and scares all the way through. The actors were energetic and really seemed to enjoy scaring the hell out of people!

Spooky Castle - Good quality haunt, but it did not seem to have changed much from last year. The actors were superb, and gave us a few scares.

Thirteen - Not impressed with the haunt itself, it was the same as previous years. The actors made up for things with an impressive display. It is a shame that their enthusiasm was not matched by the surroundings.

MassAcre- As stated, the corn was not as high as the owners would have liked, but that is not their fault. The idea and design was good, and the actors still managed to give us a few jumps.

The Edge - Another great addition! Containment was getting really stale, but this was an excellent replacement.
The attraction had amazing set design, and more than a few good scares!. It was possible to see the actors in certain places, but they still managed to give you a fright.

The roaming actors were superb. A collection of looneys on a mobility scooter, to a blood splattered Viking!

Another good year. The owners have done well. A big bonus should be given to whoever thought up and designed the Edge. Well done!
​