Arriving at the castle, it was lit up for miles in suitably haunting colours. The building is amazing and eerie on its own, but is even creepier in the dark cold nights of October! Having visited this event before the first thing we noticed was the new batching system. Last year it was free flow, but we were asked to queue and were batched through in groups of 30.

Once it was our turn, we descended through a long dark tunnel and then followed a route around and through the castle and its grounds. Along the way we experienced a number of the undead surrounding us, which was really nerve wracking until the Guardsmen started to use the castle’s cannons to dispel them!

What then followed were several different scenes involving a great cast such as a rambling old wench, a plague doctor and the Lord of Bolsover. We never really knew who we could trust and who we couldn’t, and by the end we were forced to run away as it was obvious that we were on the menu tonight!

Our escape was hindered by swarms of the undead and we had to rely on the guardsmen shooting at them to hold them back as we managed to escape through the gates. There was even a guardsman on horseback that added to the realism of the event.

We were actually quite impressed with this year's event. It has tried to so something different and we found it a lot better than last year as it was one consistent story instead of a series of unconnected scenes. It also gave us a feeling of the history of the castle (clearly mixed with some Halloween fiction!) Also some of the effects were so unique that we have never encountered them before in a scare event! Well done to all involved!
​ 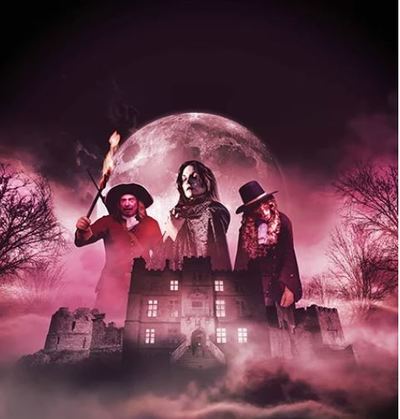 Not scary at all
This is the second time we have visited the fright night at Bolsover Castle 17 & 18. I must say that this year we as a family were very disappointed. From the beginning to the end you are herded like cattle through a small selection of events - all of which were not scary made no sense to the evening and were at best pointless. You were not at any point allowed to wander the grounds as you were ushered into the eats and drinks area or the exit at the end. We waited to enter the event longer than the tour took itself.

Walking into the eerily lit grounds of Bolsover Castle can really take your breath away. There's something about the place that looks so spectacular - the building is amazing and that makes it an ideal venue for a scare attraction!

We were first met by a gentleman who was dressed in period clothes. He was quite a comical chap and actually gave us an amazing introduction to the evening. His job was to basically give a little safety spiel and direct us, but he did it in such a fun way that it became part of the evening's entertainment!

We had arrived with a little time to spare before our slot so as decided to take a tour of the building. In the bar there was a group of actors doing a fun little show and we went for a little walk around the ruins. As we said at the start - it's an amazing place and really got us in the mood for what was to come. Before we knew it it was time to go for the tour.

Once at the front we were sent up the steps into the little castle and got welcomed into the building. We were sent into a dark room and told to watch a tv clip explaining some of the castle's history. In the next room there was a really amazing scene, while being told the history of the room, a "spirit" walked from behind the man who was talking. We were all quite impressed with this as he was nowhere to be seen before this and it worked amazingly well!

We were moved from room to room slowly working our way around the little castle and learning more and more about who resided within. We had a number of good jump scares along the way and before we knew it, we had come to our final room and were made to take part in a seance. Then it was all over.

The idea behind the tour is good - we really enjoyed the use of real history to tell the stories. Which was why it was a shame when the tour went a bit crazy. For some reason the last two parts moved away from the detailed storytelling and there was a strobe maze that didn't really work well within the whole experience. It almost felt like they had run out of things to do and needed to quickly add a finale, which in fact didn't really feel like one. We walked out of the castle to then go oh that's it then, which was a shame.

Its their first year of a dedicated event so we hope that the team take a look at what worked and what didn't when they return next year. We enjoyed ourselves and the the venue has SO much to offer for this type of event, that we can just see Halloween at Bolsover just get bigger and bigger!. 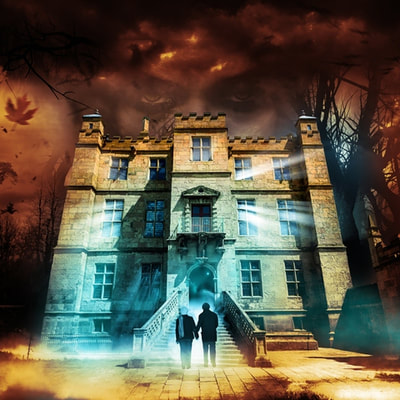 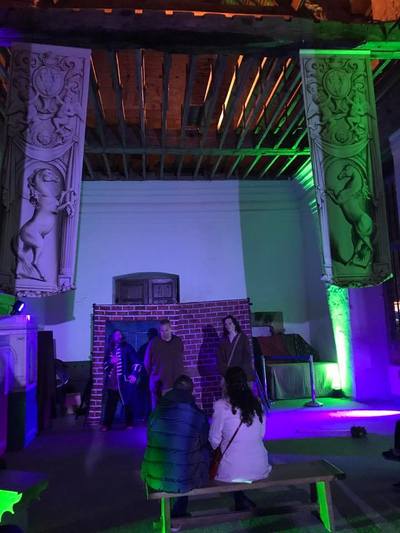 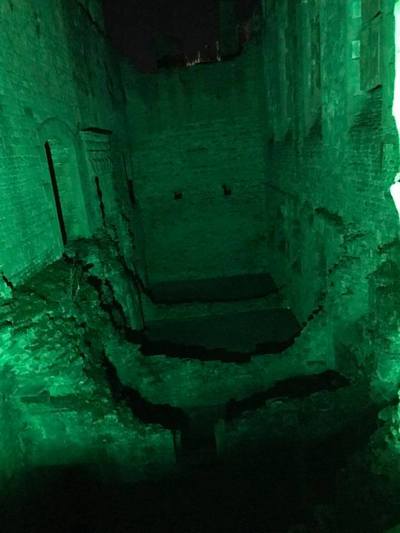 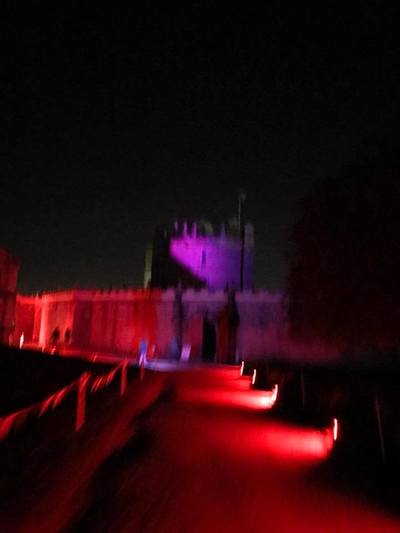 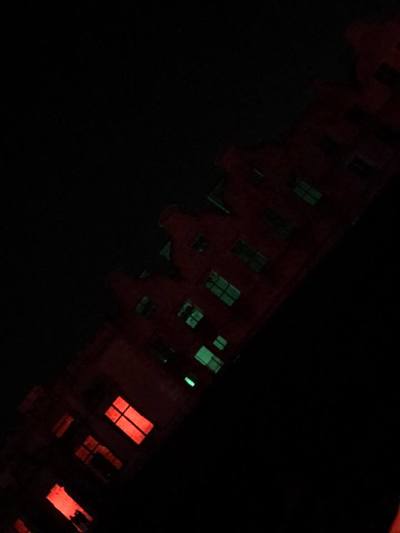 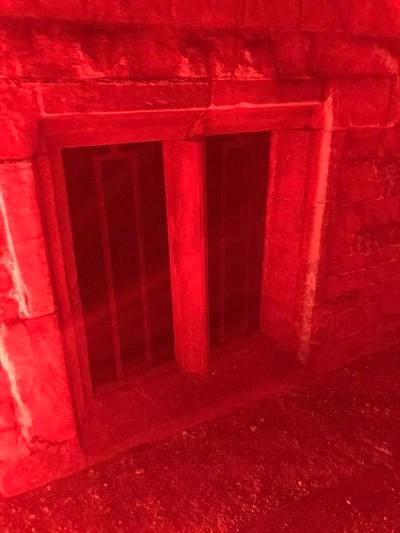 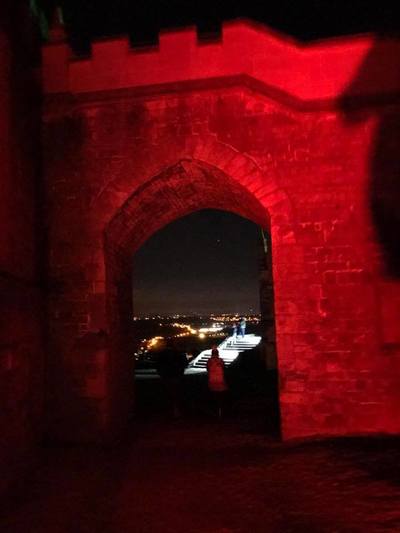 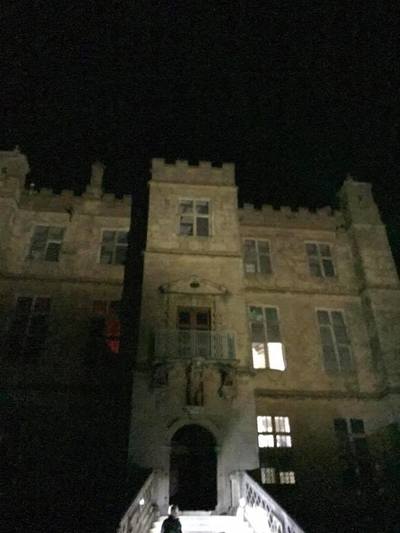 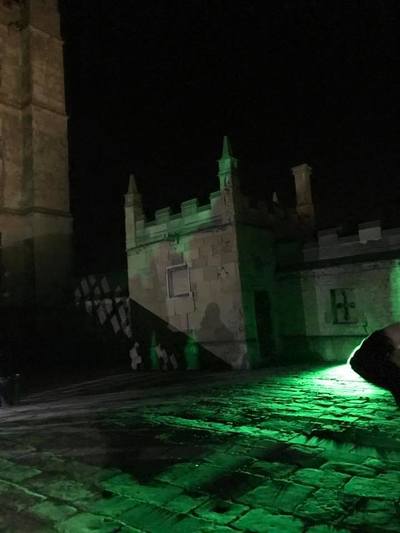