Brand new to Leeds this year is Black Death Zombie Experience by Bifrost Entertainment. Advertised as the ultimate zombie survival experience so we had to pay them a vist!

We had been to the Merrion Centre (a huge shopping centre being used as the event location) a week before it opened to see part of the set that had been built to entice the public in; it certainly looked impressive and of a high standard. Now we were looking forward even more to the opening of the full, live experience to see what was in store.

9:30 pm, Saturday 28th September, we’re back at the Merrion Centre as a security guard ushers out the last of the shoppers and puts the building into lockdown.

About 40 of us were scanned for infection before being allowed in and split into 4 teams, each led by a member of the army – the meat head/gun nut, the charmer, the tough girl and then Bambi, the guy who looked like he’d been roped in as a last resort, acting nervous and not entirely sure what he was doing. Guess whose team we were put in?!

Each team was dispatched separately after a briefing from the commander who really wasn’t going to take any nonsense from us or her team. Time to begin! Bambi made us get low as we scrambled into the main shopping centre. We’ve done a few events based in malls after dark and there is something about seeing all the shops locked up, low lighting and props scattered around that make it feel like the result of an outbreak. Our only way past the first “rotter” that was in our path was with a torch; used to distract it into the opposite direction.

On route around the shopping centre Bambi spotted “one of those government information stalls” that promoted a new form of health care/vaccination before the apocalypse came. Scrambling out from under the table came a head government health official who, it turns out, was partly responsible for the outbreak and knew what was happening all along. What did we do? Handcuffed her to a chair for more information and then left her to the rotters. Karma 101!

Screeches from the rotters and screams from the players who went before us echoed around the centre as we went from scene to scene meeting characters such as a lead scientist trying to figure out a cure, a lone survivor camped out in an empty shop and a room with a cleverly crafted viral bomb in it which Bambi (and us!) were clueless about when it came to disarming it.

With all our missions completed. Everyone had survived and the commander was pleased (which takes a lot) but then someone always has to spoil it don’t they? Suddenly something happened that attracted every single rotter in the shopping centre. We had no choice left but to run!

The final scene was fun and well played out. As we arrived back to the starting point the next group waiting to go in were looking a little shocked as the 40 or so of us came running and shouting from around the corner.

Black Death was a great event, we really enjoyed it. The actors were all good, the camaraderie between group leaders was funny and well played, the staff were very friendly and even though the event is temporary, you can tell the team have given a lot of attention to the detailing.

It’s hard to do when hiring an external location for an event (as you must leave it in pristine condition) but, more debris such as mannequins, contents from shops, bloodied clothing, barricades etc would have added to the apocalyptic look. The cast playing the rotters (zombies) were great and would look even more threatening covered in blood, particularly for the final scene when they get closer to you.

All in all, we had great fun and would recommend it when it returns in October. The team from Bifrost will no doubt be producing other shows, so we hope they return soon! 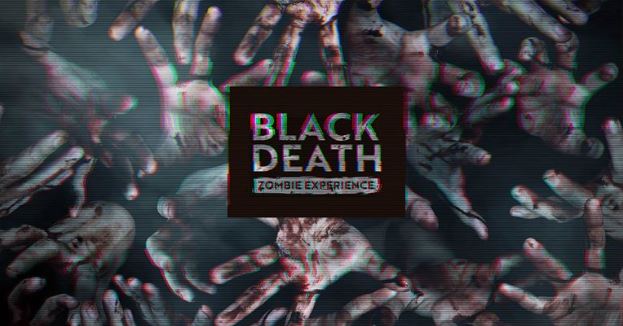 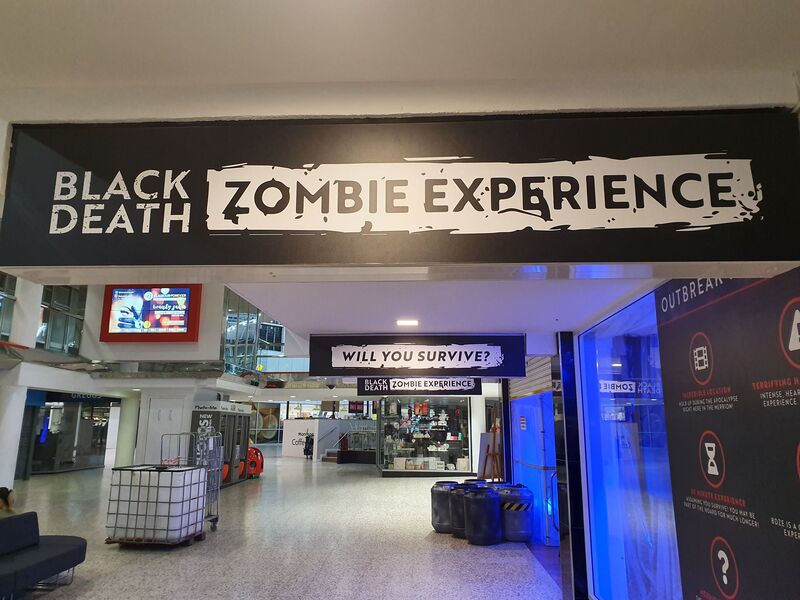 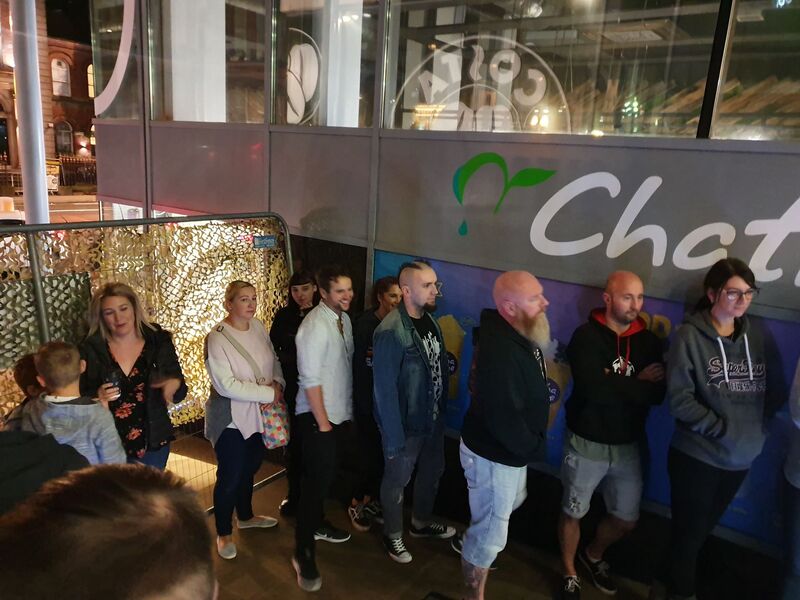 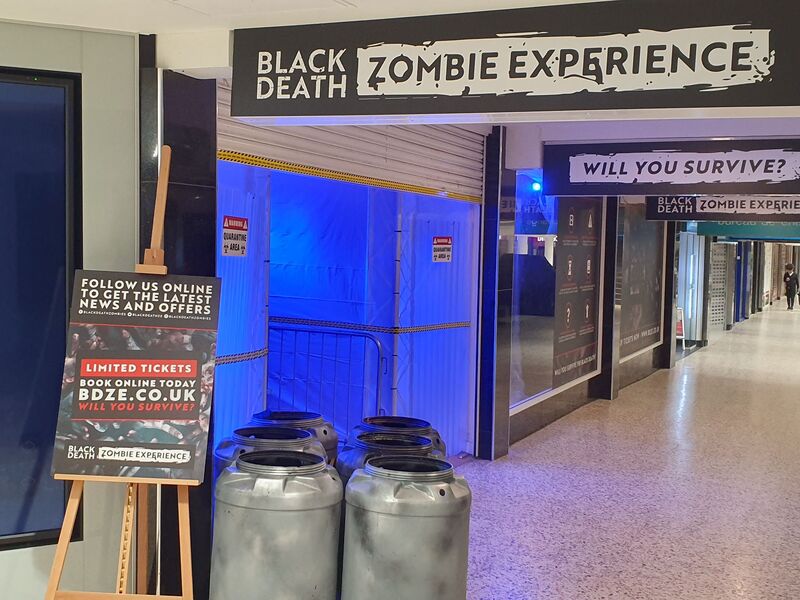 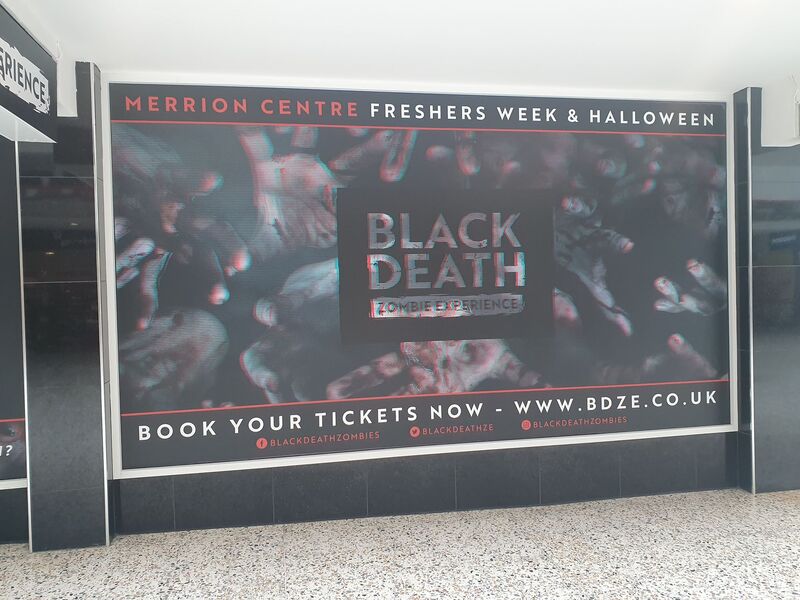 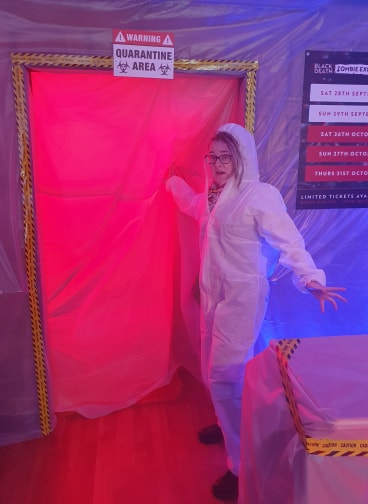 Very scary
I was expecting just to be let loose at the Merrion Centre but was so blown away by the whole concept.

The scares were so much more believable because we got completely sucked into the story.

And the finale had me literally messing my pants I have never ran so fast in my life.

Dragging some other mates to the Halloween event