The current buzzword in the world of technology and immersive entertainment is virtual reality, and this year has seen a number of new experiences embrace the technology in different forms. Anvio VR has come over from Russia, and offers a fully immersive world utilising free roaming scenarios and extreme game play.

So what makes Anvio VR so different to other VR attractions? In short, guests are digitally mapped into the game and are represented by fully armoured avatars. Once scanned, you are able to look down and see your VR body, you can see your VR arms in front of you, and most impressively – you can see your very teammates around you.

Each avatar has the physical attributes of the person inside the headset, so we were all different heights. In addition – by having trackers on our hands and feet, the game knew where we were in the scenario and reacted accordingly. You can kick things out the way with your feet, press buttons in the game – you can even high five another team player and physically feel their hand on the other side!
The game itself is simple enough – make your way through ten storeys of a high rise building, searching for transponders on each level, and of course - killing the hordes of zombies that are swarming at you from every side!

The action was fast and frenetic, and we had to concentrate to keep the zombies at bay. The team element definitely added an edge to the experience, as the four of us worked together to clear each level and proceed with our mission.

Of course, one of the beauties of VR is that the world is so immersive, and as we got higher and higher up the building – the levels of Vertigo increased. Although we knew we were on a flat floor in an empty room, our minds genuinely believed we were walking along precipitous ledges or gangplanks, thousands of feet up. One of our greatest memories of the event was watching one of the team tip toe across a tiny walkway, while the rest of us just opened fire on the zombies around him!

One of the things we always say about VR is that the technology is not photo realistic yet, and City Z is no exception. The digital world is clearly computer generated and like any normal PC game, bodies disappear shortly after falling to the ground. This is no way distracts from the fun, as in no other experience can you walk around and explore the environment as much as this. The use of wireless sensors and a whole bank of motion trackers in the ceiling, create a unique free flow feeling, which had us totally immersed in the experience from beginning to end.
​
Anvio VR really is the pinnacle in virtual reality gaming and we can’t recommend it enough. If you don’t like zombies (If you don’t – then what’s wrong with you?) then they will opening a new adventure style puzzle experience called Lost Sanctuary soon. 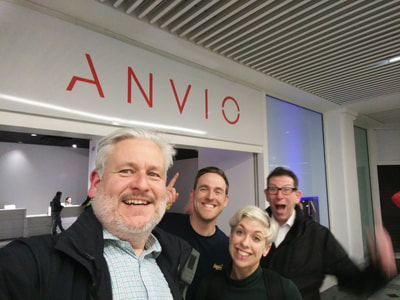 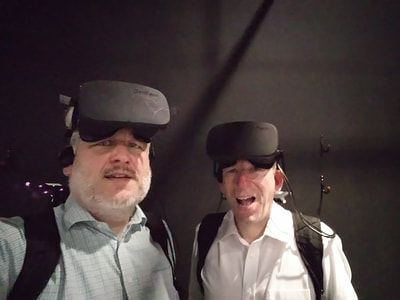 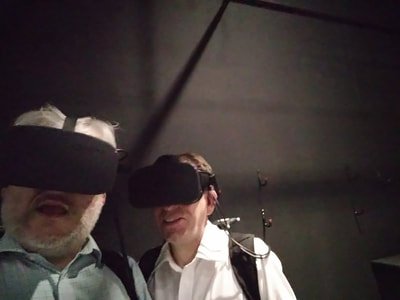 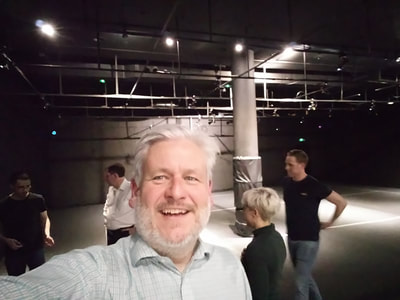 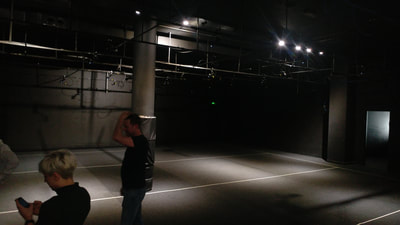 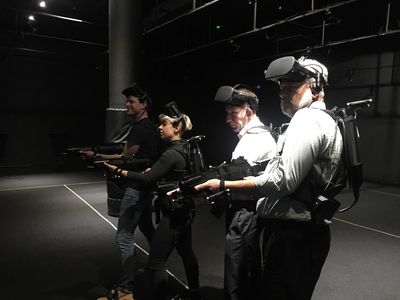 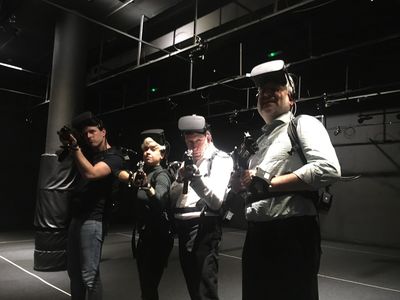 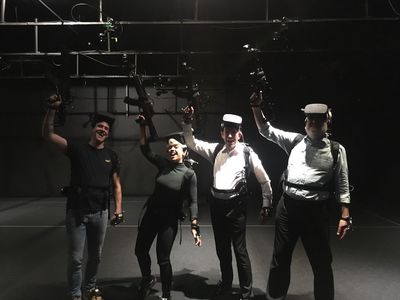 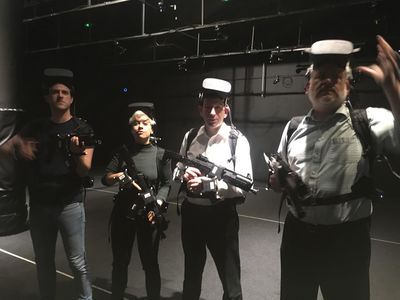