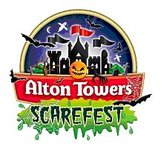 Scarefest is back for 2010 and is back in style! For the first time, all the Halloween mazes are of equal standing and full of different scares . Add in the family entertainment across the resort and this year's Scarefest is clearly the largest the resort has hosted.

So what did we think of it this year? To the sound of twisted Carnival music we took our place in our first attraction: 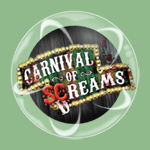 As the latest attraction to the Scarefest line up, Carnival of Screams was always going to have a lot to live up to. With no existing props or costumes to recycle from previous years, everything about Carnival is new and as such it brings a real breath of fresh air to the event.

The attraction is very long and utilises a number of different scare tactics and styles along its twisting route with crazed clowns and other monsters waiting round every corner.

One of the key things about Carnival is the insane mix of humour and terror evident throughout. After all – clowns are inherently funny and the pair that torment you in one of the earlier rooms are clearly having a laugh at the visitor’s expense. It’s unusual to see a character so gleeful in an attraction and as such this sets a completely different tone to the Boiler House next door.

And then it's time for the big finale. Derided by some and loved by others, the “final scene” has definitely split audiences straight down the middle.  Perhaps the only complaint is that after the surprise reveal (which made us jump every time), the character slightly outstays its welcome meaning visitors get to laugh at the effect instead of running out with a scare. It’s certainly original though, and Alton should be applauded for doing something just slightly different.

Behind the scenes fact - the outfit for the final scene is exceptionally heavy and actors rotate in and out of it every 20 minutes or so to ensure actor safety at all times. 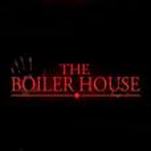 The Boiler House continues to evolve year on year and has returned in 2010 much larger than previous versions. The attraction starts in a very unexpected way and after a mad dash IN, guests are thrown into well themed rooms that look very realistic.

The Boiler House is definitely the most oppressive of the 3 mazes, forcing guests very close to the walls and sets at times. Locker doors narrow the corridor, ceilings are low in places and one corridor really does seem to squeeze in on you from every side!  This closeness makes the sudden appearances of the dreaded serial killers, more impressive as it really feels at times that there is no where to hide!

A common criticism of this maze has been that it seems understaffed due to the use of multiple actors playing the same characters. Certainly in 2009, it felt this way but not this year – the constant appearance and reappearance of Victor and Elsie really ramped up the experience and made you feel that these characters were indeed everywhere.

Finally – the Boiler House is probably the most detailed of the three mazes with intricate details around every corner. Once through that first ventilation shaft, it really does feel that you are in an old decrepit industrial style building, so for that the design team are to be complemented.

Behind the scenes fact: The eye holes on the Serial killer masks are very small which really limit the actor's range of vision

Behind the Scenes at the "hotel mazes"

Although the two “hotel” maze entrances are close to each other it’s not immediately obvious to the untrained eye that the two attractions occupy one MASSIVE marquee that is effectively hidden behind the tree line. The marquee comfortably holds the 2 attractions with their associated runs of staff corridors and access points which are buffered by a technical support area in the central area. This central room is the heart of the whole experience and sophisticated attraction management tools whir away quietly in the corner ensuring the appropriate guest experience.

The central area is also used as a dressing/preparation area and as such works as a sound dampener between the two. No sound leaks from one attraction to the other although they are linked in a number of ways. If either attraction has a customer issue or an emergency, then actors have the ability to trip an “e stop” button that has the effect of closing all effects in both attractions, turning on the overhead main lights and illuminating all fire escape signs. If this should happen, actors are fully trained in evacuation procedures to ensure customer safety at all times. 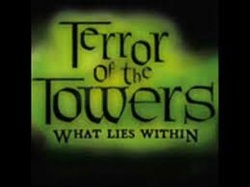 Back in the park, Terror of the Towers received a massive makeover last year and this version just adds to the incredibly popular attraction with new scenes and even longer scares. Terror of the Towers is a very psychological maze as it starts off very slow. Attacks and scares slowly ramp up as you descend lower into the building and so by the time you reach the cellar finale, the onslaught on all senses is almost too much to bare. We love this building of anticipation and everytime we visited with strangers we could hear the panic and nervousness set in each time we transitioned to a new scene.

The current downwards path of the attraction really suits the story as well and creates a sense of foreboding as guests feel they are heading down into unchartered parts of the historic building.

The actors throughout Terror clearly enjoy what they are doing and you can see this in the enthusiastic way they throw themselves into their roles. Monsters appear from all around you and the actors should be complemented on the physicality they bring to their roles.

Skelvin greeted us personally!
The 2009 version of Duel Live was a vast improvement over the 2008 debut and produced a fun and classy scare experience alongside the existing ghost train scares. In 2010 the only real change is the attraction name and although it’s nice to see the Scarefest characters integrated into the attraction, the fun and child friendly nature of the characters slightly belies the quite scary nature of the ride inside.

An extra addition to this year’s line up was the Thirteen After Dark queue line experience. Utilising recognisable characters from the rollercoaster’s TV advert, a couple of wraiths and some evil tree people, the walk up to the loading station has been turned into a scare filled experience. Fortunately on our visit the queue was virtually non-existent so the creatures were having lots of fun chasing random guests, jumping over queue line barriers etc. On busier nights I would imagine that it’s harder for the actors to pull off effective scares and as such the nature of the experience is currently being reviewed for the future.
In summary, this years line up is certainly the strongest Alton have ever done, as all four Halloween attractions have unique distinguishing features. It’s a shame that unlike its sister, Thorpe Park, Alton insists on charging for the two mazes by the hotel, BUT saying that, at least the mazes are unique and very different to the experiences offerred on park.

As Scarefest goes from strength to strength it is clear that the Alton resort spends more and more on dressing and decoration for the whole park, Each year , it would seem that new “little” touches are added and combining them with existing props, more and more of the park gets the Halloween magic. Nice touches in 2010 included the Latin writing projected on the walls by Terror of the Towers and the ominous red lighting around Nemesis.

With the exciting mazes and family entertainment across the resort this year’s event is easily the strongest Halloween event at a UK theme park.  But Alton aren’t going to rest there! We spoke to the man in charge of this year's attractions and he has confirmed that they are already looking at what they can do for next year. It would seem that Scarefest is now here to stay permanently, which can only be a good thing to everyone who loves being scared!

Hex Live was one of our highlights of the day at Scarefest. We had heard rumours that that there would be actors in Hex but it was not a confirmed, organised event like the other mazes. This was passionate staff getting together to bring a impromptu experience to an already eerie ride.

My best friend & I are usually already a bit on edge entering through the turnstile at Hex anyway, so with this rumour of actors playing on our minds, it gave us an extra edge of anxiety! I don't want to give too much away and spoil the experience for other visitors if it happens again here so won't go into detail but the first encounter with the unexpected actors came in the first room where the usual film about the legend of the Towers is shown. I think that one of the reasons we were so scared in here was because although a maze environment is full of confined spaces, you can run forward, whereas in this room, there was nowhere to go except within those 4 walls!

When you are put into your 'conga' line to go into the other mazes at the park and hotel, you have a bit of nervous banter with the other people in your small group and all stick together through the attraction for moral support. In Hex Live, there is no such luxury, there is just a large group of people you haven't conversed with all wondering what's happening & running into each other trying to get away from the actors but going nowhere fast!

The octogan room provided another surprise, or should I say surprises. There were no previous reviews to read or advertising to give us clues so everything that happened throughout was an added bonus. This room is creepy enough anyway and I'm always pleased to get out of it so with the element of actors thrown into this too, along with pitch blackness, strobes and a loud soundtrack which isn't part of the usual experience, it's truly terryfying in here!

Between the octogan room and the actual ride, there are other various actors dotted about ready to give you the fright of your life too. This adds to the consistency of the scare element so really works.

I am keeping my fingers crossed that Hex Live returns this year, as the image of those actors in the film room has stayed with me since last Halloween! It was a really effective entrance and the whole experience was a very welcome addition to the Halloween theme of the park, and added meat to the bones of an already great ride.