2015 has been a pretty hard year for Alton Towers following the crash of the Smiler rollercoaster at the start of the summer. Attendance has been down, every little issue has been plastered all over the papers, and the park has received a critical and financial drubbing that only the British press are so good at delivering. So with all the hoopla about death and destruction we genuinely expected that the annual Scarefest event would be cancelled and would slip into obscurity as the park tried to weather out the year. It turns out that the park decided to just the opposite. Not only would they host Scarefest in 2015, but they were determined to make it the biggest and best they've ever done.

It is therefore no wonder that when ScareTOUR were the first people to publish the full line up, most people didn't believe us. Two new mazes? A new route for Terror of The Towers? Two new scare zones? It didn't seem possible, but as construction started in the Towers, it was soon evident that something big was happening. How big - we could only imagine. So with great anticipation we visited on opening day.

Firstly we would like to disclose that we visited the park on the new RIP tour that gives immediate front of line access to all three mazes, as well as an accompanying tour by a themed Alton host (usually one of the Alton Ancestors).  This did mean we were able to bypass all opening day queues and we can highly recommend this deal if you want to do something a bit different. We understand that there were some queue issues on opening day as everyone gets used to the new booking and reservation system (all attractions are pay extra and you book a 90 minute slot during the day to experience all three mazes) 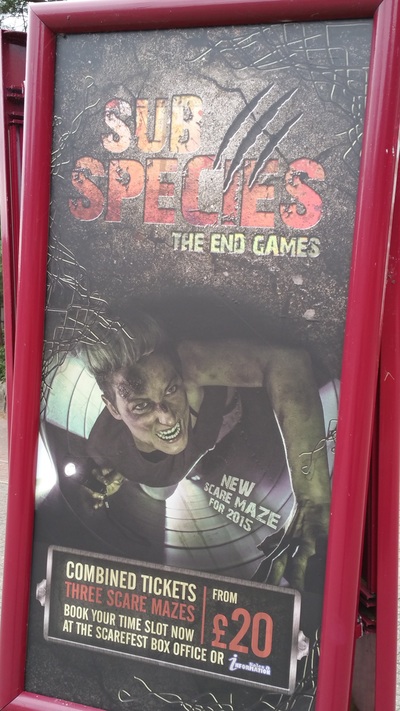 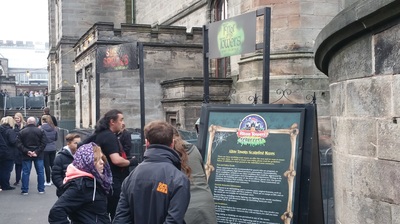 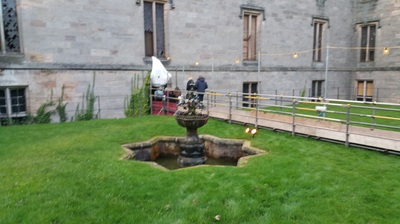 Sub Species: The End Games has to be the bravest, most insane thing we have ever experienced in a corporate theme park! It's really hard not to write any spoilers as it is an attraction that deserves to be visited cold. In fact if you are going - jump ahead to the next paragraph. Seriously - for your own enjoyment - don't read any more! The attraction uses so many different scare techniques and ideas that sometimes it's hard to believe what you are actually doing, as you are pushed and pulled from scene to scene. From getting lost in the genuine maze section through to crawl spaces and periods of intense darkness, the whole show is aided by a lively bunch of scare actors who will get VERY close. All rules about the actors not being allowed to touch are off and the show works so perfectly because of it. There are also multiple routes to try out as well as different endings so its definitely a maze that can be experienced multiple times

The Haunting of Molly Crowe is the park's second new attraction and this uses the popular technique of a "hooded maze", where you are effectively blind to your surroundings and have to reply on your other senses throughout. Unlike other hooded mazes that just have random boo scares, Molly Crowe tells a complicated story as we pass through the key elemenst of Molly's life. We hear her birth, we relive her childhood and we learn more about the gates to hell that she has opened. As well as all the voices and sounds we are surrounded by actors playing the ghosts that Molly has summoned and they interact perfectly with the audience through sudden touches, some ankle grabbing and voices in your ear. It is effective and creepy (especially when one spirit took our hand from the rope for a few seconds leaving us wondering how the hell we would get out!. The maze is long and changes direction a lot which completely disorientated us. After what seemed like ages we heard a more friendly voice as a priest called us into a final room and ushered us to remove our hoods. Like we said with Sub Species, we highly recommend you experience this finale, knowing absolutely nothing about it. Having been hooded so long its actually hard to believe our eyes that we saw what we saw. The finale is fast, frenetic and in your face. A brilliant ending to a brilliant maze 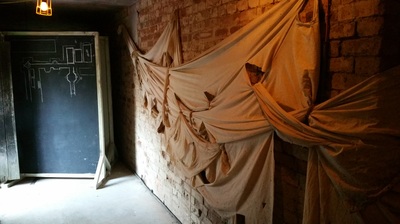 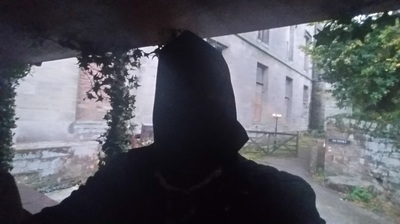 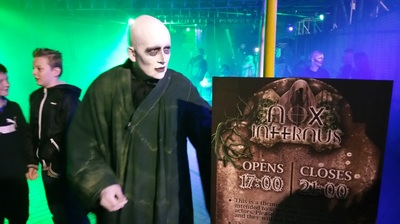 The final maze is Terror of the Towers: What Lies Within. This attraction has been a staple of Scarefest for seven years but is as iconic as the Towers themselves. This year the whole thing feels fresher as the the team have completely rebuilt it using a completely different route through the Towers. This new version is slightly longer than the original layout but maintans notably the same scenes as previous, although the new ballroom scene with the up and over staircase is a great touch in the middle. Compared to some previous versions, there seemed to a load more scares in the first half of the attraction (the crates room) which meant the scares were constant throughout and not the slow build up to the big thrilling climax. We really liked the new route as the maze felt closer and tighter than previously - we just missed the final stairs that used to take us down into the strobe finale, as they used to really create the impression we were going down to the basement.

Alongside the three mazes the park have created two scare zones. One in Forbidden Valley and the other in the Dark Forest. In the past, the park's scare zones have been more like little min attractions that you had to queue to enter, but this year the team wanted everyone in the park to get a little scare action as they walked round the park. The scare zones are avoidable but most people seemed to love walking through them and the whole areas rang out with screams as the actors worked the crowds in a way never seen before at the park. We think that this US style of scare zone is perfect for the park and we spent ages just standing around watching the experience! 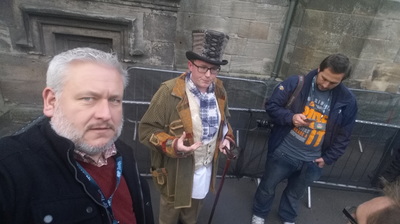 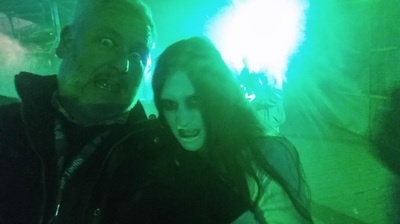 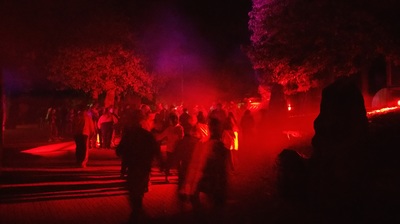 Of course, Scarefest isn't just about the scare events and the park put on a number of different experiences for families including the Alton Ancestors flash mobs, Gloomy Wood Live, shows for the kids and not forgetting the wonderful Skelvin and company.  As well as these, the park also offers extreme version of some of the mazes including the chance to Brave it Alone, and on select nights, they will also host Operation Lockdown a two hour extreme escape adventure based around the events of the Sub Species maze.

All in, 2015 is easily the best line up the park has ever had for Scarefest  and we really hope that this event draws in the customers who abandoned the park in the summer. We cant wait to get back there and do it all again!

Terrifying - Extremely valuable for money, best line up Alton Towers has had for Scarefest!

Terror Of The Towers is as good as always, it felt more instant than previous, it felt like the whole thing was swarming with actors from start to finish. The ending is always good and manic! 9/10

Sub Species Is one of the best UK mazes i've been it. From the touching to the splitting up to the theming, it is insane.
For me the maze was intense due to being split up and facing half the maze in a group of 2! Overall great maze. 10/10

The Scare zone were also really good. They made the area's feel more alive than previous.