Scarefest is back for 2014 with a new line up, that has disappointed and frustrated many commentators. In the past, at least one of the Scarefest mazes was free, but now both incur an additional fee, with only the two scare zones included in the main ticket price. We were worried that this would appear to be a downsizing of the event but it's clear that some budget has been sidelined for other parts of the resort wide celebration. But first let's look at the scare attractions:

Terror of the Towers is back once again with the What Lies Within storyline. It truly is an impressive maze, but had started to feel a bit stale over recent years with only minor cosmetic changes to the layout. This year, there seemed to be a lot more actor positions than 2014 and the maze was populated throughout, with the scares starting the minute we walked through the curtain after the pre-show. The increased actor activity and small subtle changes to some of the rooms, have resuscitated the show for another year, but we do think that very soon the Towers will need a new story.

The Sanctuary is back, and as far as we could see is completely unchanged since last year. It really is an exceptional attraction but, dare we say it, is starting to feel a bit dated. This could be because it has been around for several years and even opened last year for part of the main operating season. The wonderful Dr Kelman is back in the attraction, which is great for continuity, but we were also excited by all the other staff and patients who all gave great performance on our visits.

Although labelled a scare zone, Scary Tales is more akin to a small out door scare maze. The route takes in a number of different scenic elements including a wood, a sort of mirror maze, and more. Some of these structures are so built over the path that at times its hard to believe you are outside (especially at night-time) We passed through this zone a number of times and each time through we noticed small subtle references such as Snow White's glass coffin with an apple on and the remains of the Three Little Pigs' houses. Accompanied by a beautifully haunting, Romany gypsy style carnival soundtrack, the actors were particularly lively throughout and provided some quality scares across from beginning to end. All in - a very classy addition to the line up.

Zombies has followed up the changes from 2013 and kept the tight pathway which allows the zombies to get up close and personal. The actors throughout were impressive and then with the addition of an extra pumpkin rating at 7pm, increased their intensity through the night. There's nothing new about this scare zone but it works really well due to its location and the props used. Like Scary Tales - the addition of extra "structures" along the way help to create something far more intimate and intense than most scare zones found in large US theme parks.
The overall; Scarefest atmosphere is probably the strongest it has been at the park for years. Halloween theming hits you the second you start walking down Towers St and everywhere you look there are small subtle changes. Some of the restaurants have been re branded and are presenting brand new themed menus. Street entrainment is higher than ever before with the Alton Ancestors (a bunch of old black and white style roaming actors) who perform shows on Towers St in the morning and then turn Gloomy Wood into a family friendly scare zone during the afternoons. And  then once the sun goes down, the park really comes alive with some very impressive lighting across the whole resort, with the historical towers themselves glowing menacingly across the lake.

So back to those people moaning about the loss of a maze this year. It does appear on paper, that the resort has taken a step backwards, but we never actually found ourselves missing the Carnival of Screams. The four main attractions plus the rides in the dark, the extra theming and actors were enough to keep us satisfied. Saying that - it will be very interesting to see what happens in 2015.... 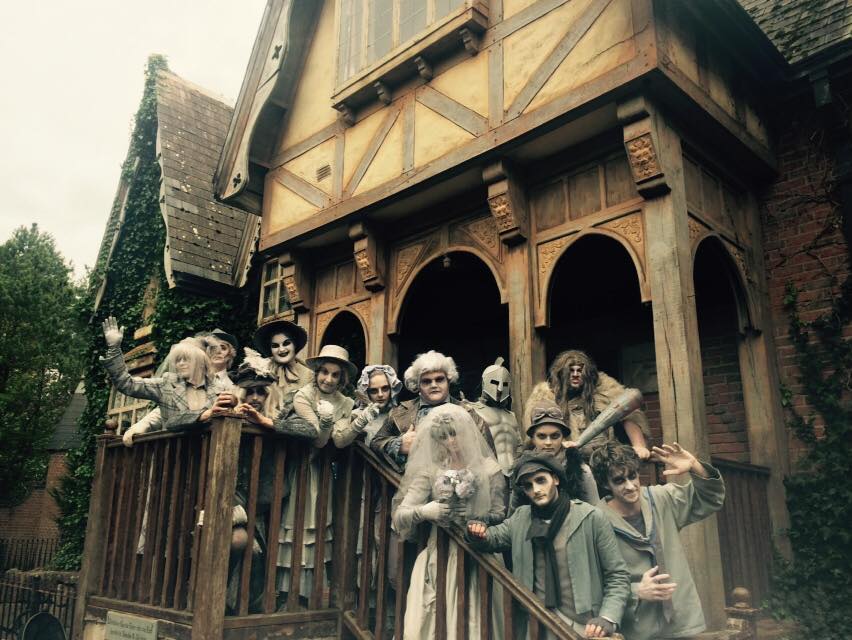 For more information and to pre-book tickets  www.altontowers.com/

Our retrospective 13 year review of Scarefest