Having experienced many of GNG's previous events including Bunker 13, Scary Tales and the unforgettable Project Fear, we were unsure as to what we would get with the All Hallows experience. Split into three separate elements, we were warned that stories we met along the way would all come to a terrifying conclusion in our scare room. So as we met at the Golden Fleece (the most Haunted pub in the UK) we were filled with dread and anticipation! 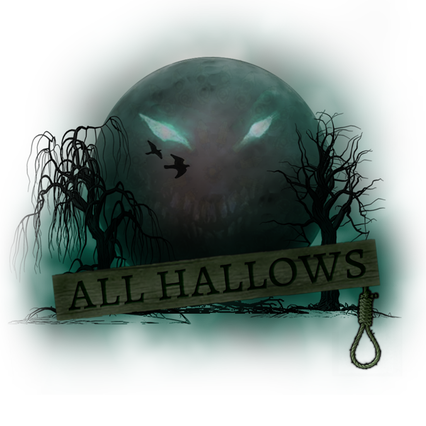 The All Hallows Tour is easily one of the most entertaining ghost walks we have experienced as its used a large cast, some great stories and even a couple of live musical interludes. The whole thing was told with a great degree of fun while maintaining a sombre dignity for the crimes and atrocities we were being exposed to. York has such a gruesome history and the events covered included a small child dying of starvation after being locked in her room by her mother, vikings ripping the skin off their enemies and nailing it to church doors and an alleged witch being tortured slowly and painfully to death.

Along the way, these stories are acted out in front of us and with some fun audience interaction, really bring the stories to life. The thing that surprised us most about this walk is that we were expecting something scarier with perhaps a few people jumping out, but the tour decided to go for more psychological scares by highlighting the brutality of man against man in the past. It was a great start to the evening though and set us up nicely for what was to come..

The All Hallows Dining experience was a themed meal set in a themed environment within a private room in The Golden Fleece hotel. The room was nicely decorated and during our dinner we were treated to visits by three of the characters that we had heard about earlier. The characters just generally walked around staring at guests as they were eating or trying to sneak up beside us when we were looking the other way. They managed to get a few jumps from people but generally there was nothing very scary about them being there.

The meal itself was delicious and although the entertainment was fun we really were expecting something a lot scarier such as sudden noises, startle attacks or even some more creepy story telling. As it was - once the meal was finished, we were told that the experience was over and that it was time to check into our rooms - disappointing.

The finale of the All Hallows experience was the scare-rooms and as we checked in we knew that this would be something special. Our room was decorated with flickering candles and there were creepy dolls, tarot cards and broken children's toys scattered all about.

It didn't help that the room we were in was allegedly really haunted, so we were never going to be sure what was pretend or real. Adding to the atmosphere was an incredible audio soundtrack that was filled with ambient music, strange effects and evil voices. On its own - the soundtrack would have been enough to scare us, but of course the actors from earlier all had keys to the room!

The experience started off quite slowly but built up through the night with some sustained attacks from the ghosts from earlier. As the hotel bar had closed at 11.30, we decided not to sit up and wait for the ghosts so actually went to sleep knowing that we could be woken up at any time. This really created a truly terrifying experience, as at times the actors were able to get in without any of us hearing the door open. There was one experience in particular, where we woke from a foggy dream to be greeted with two ghosts staring straight down at us and a black figure scuttling across the floor to try and pounce on the bed. We wouldn't be surprised if the whole of York heard us scream at that point!

Finally around  3.30, our ghosts were exorcised, the audio was turned off and Stingy Jack bade us a restless night. Left alone in a haunted room after 4 hours of ghostly activity was actually even more freaky, as every floor board creak or pipe rattle sent our imaginations racing. Fortunately for us we were now so very tired that we comfortably slept through til about 9 the next morning and if any real ghosts did come and visit us we must have slept through it.

The scare rooms were clearly the highlight of the triple experience, as it was the only time during the event that we were actually scared. The walk itself was very informative and entertaining and really helped set up the characters we would see through the night. It's just a shame that the dining experience though was clearly the weakest element and needed something to make it memorable beyond the delicious food.
To find out more about All Hallows - visit their website

Also visited All Hallows Live or any other GNG Productions event?? - tell us what you thought here