The trilogy of terror was back at Shepton Mallet this Easter with a seasonal spin.

First up - in Turf Wars we were chased by a large 6ft fluffy bunny with lasers for eyes! We thought he was quite cute when he was first introduced but this rabbit had an evil streak and loved to hunt it's prey through the rooms. One thing we loved, was the way you could sometimes see the bunny coming before he turned a corner as his laser eyes often gave away his location!

Our second experience was the rebranded Zombie Town where we were sent into the street sets in a twisted version of an Easter Egg Hunt. Mercilessly stalked by zombies, we were fortunate that we upgraded to weapons, as we would have become over-run without. Just when we thought we had seen it all, a very imposing super zombie in a rabbit mask and chainsaw appeared and had us all running for the exits.

Our final experience was the incredible Locked in a Box which has lost none of it's uniqueness or scariness. Our journey stowed away on a pirate ship was, as always, very adventurous, as greedy pirates, a voodoo queen, sirens and other creatures of the deep, all tried to invade our claustrophobic hiding places. It really is an impressive piece of immersive theatre and we can't praise the design, actors and execution enough!

Once again - we had an incredibly fun but scary time at The Warehouse with all three experiences very different and all bringing their own scares and merits. With an onsite bar, and each experience lasting around 30 minutes, you can easily spend a full evening in the venue. Well done to all involved! 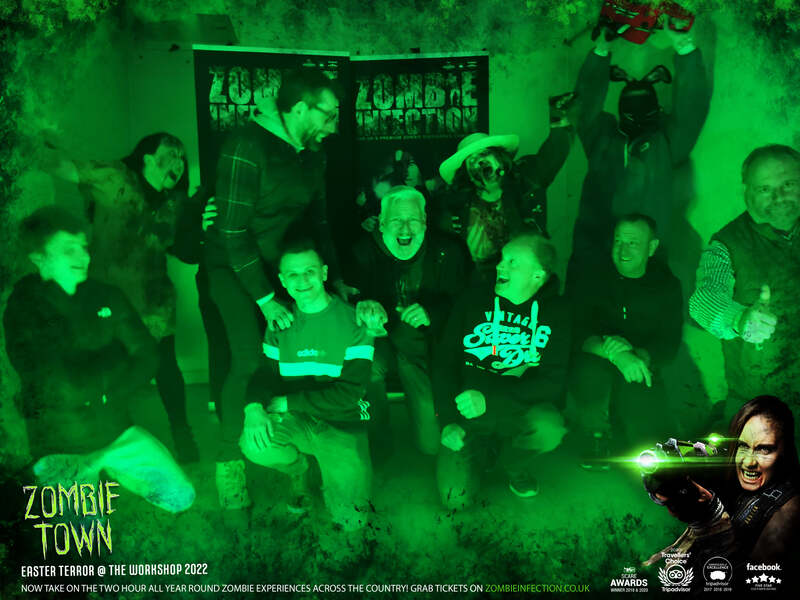 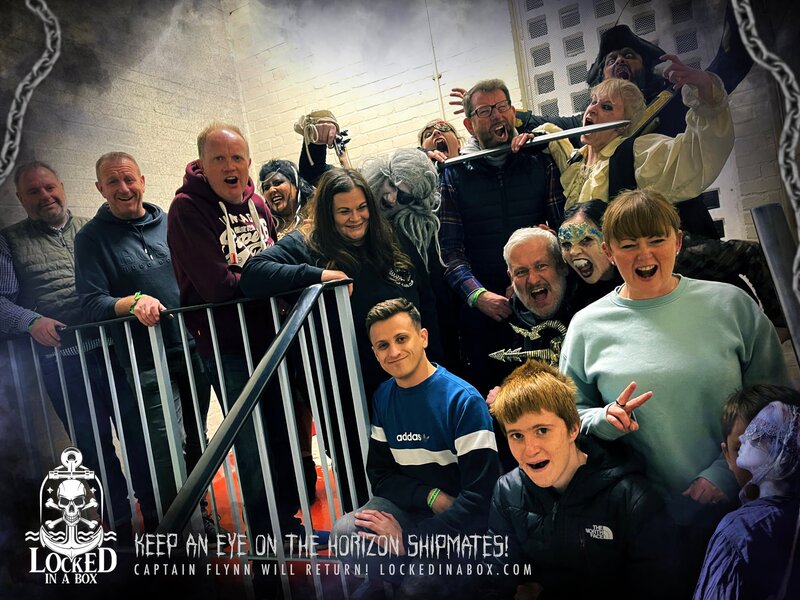 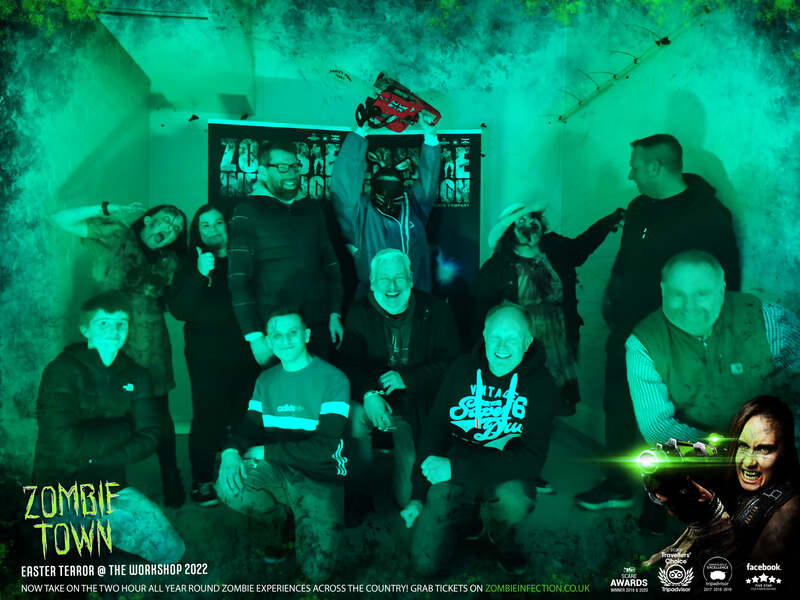 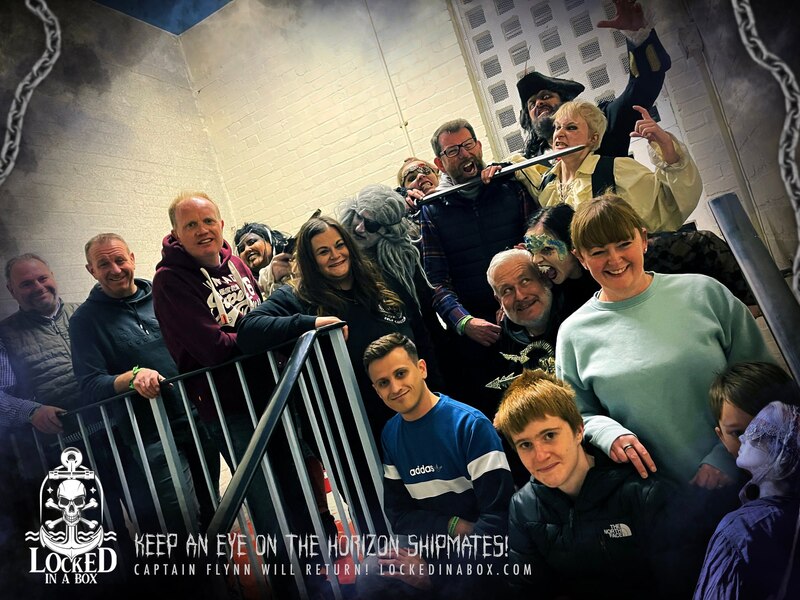 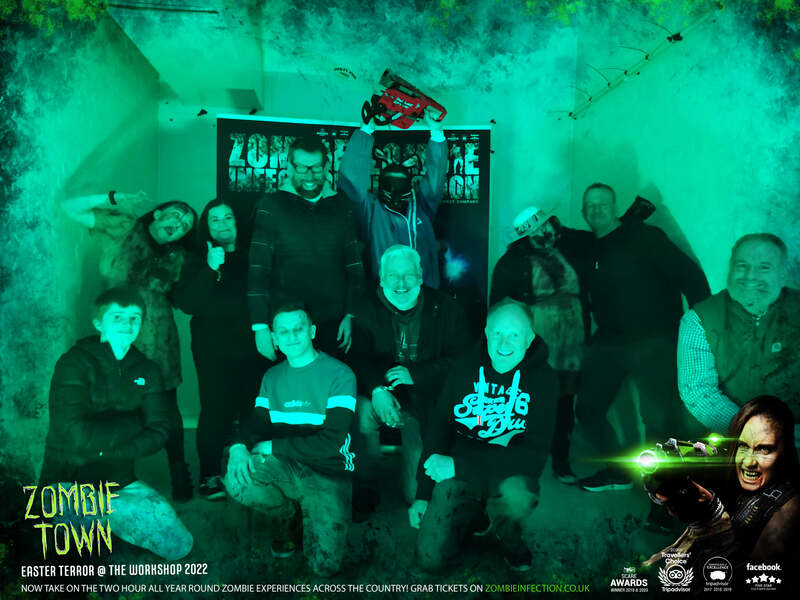 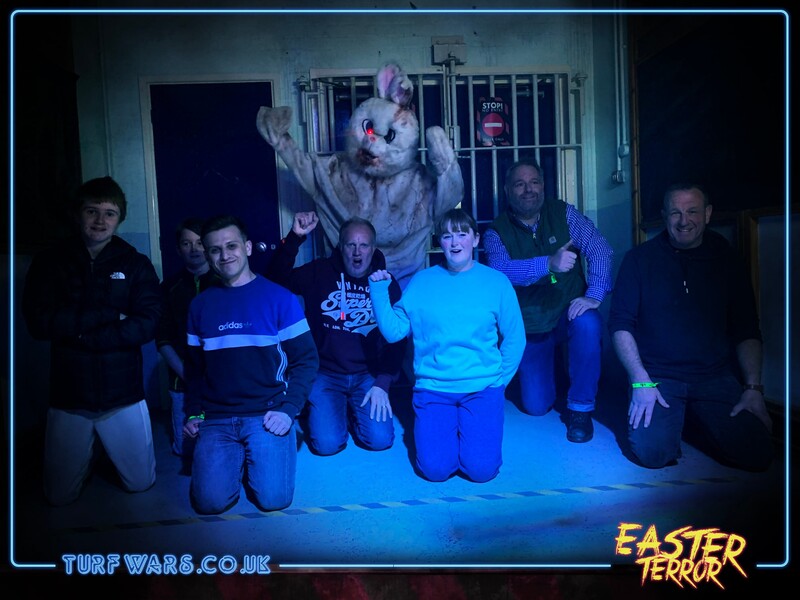 Immersive Events are under new management for 2021 and are now permanently based in the old prison complex in Shepton Mallet. The team tested out their new venue earlier this year with Turf Wars UK (review below) but for Halloween, they have decided to go down a multi attraction route with three completely unique and different experiences.

The first of these is the aforementioned Turf Wars. For Halloween, the attraction has been modified to a 30 minute run time with the puzzle boxes all located on one floor. It was just as hectic as the previous incarnation, just without the need to keep running up and down stairs! Despite the changes - this show delivers some great scares.

The second experience is Zombie Town which re-uses some of the set of The Street - which was an old event created by the original management of IE. This show is really a 30 minute condensed version of Zombie Infection's classic zombie events with lively zombies, that need to be fought off with real firing rifles. It was as tense and exciting as we would expect and gave a number of good scares throughout.

Although both these experiences were great fun, the show that was the standout of the trilogy for us was Locked In a Box - a totally original themed experience set in the swashbuckling world of pirates and smugglers.

We really don't want to give anything away about this attraction, as it is best experienced with no prior knowledge. Obviously the name indicates that you will be locked in a box for a period of the show, and it is from this box that we got to hear and see the action unfold around us. The clever design of the boxes meant that we could only get fleeting glimpses of the action outside and the actors did a great job of interacting up close meaning that you suddenly see an eyeball looking through or feel the breath of a creature nearby!

The scares in the box are multiple throughout the show, and although we were lying down, we had a very unrestful time! The fear of the unknown is ever present and the actors always seemed to catch us unawares. The anticipation of what was going to happen next, made this part of the show genuinely terrifying, so we were quite relieved to be let out towards the end of the show to see the finale play out.

It was at this point that we could see the full attention to detail that the team had put into this experience. From the set and costumes through to the actors, the final scenes reeled out like a play, with some elaborate storytelling and stunt work that made us feel totally immersed in the experience. Add in a little mini scare attraction run out, and it all added up to one of the most unique and enchanting experiences we had this Halloween.

Well done to all the actors involved in all the experiences, but especially those during Locked in a Box. They were totally convincing at all times (not easy when having to act like a drunken pirate!) and the whole experience was really professionally run, as guests were smoothly moved between the three different attractions.

All in, Halloween at Shepton Mallet provided a unique set of scares and experiences that all combined to create over 2 hours of scary entertainment. With an onsite bar and food available, it was nice to have somewhere to chill between experiences and make an evening of our visit.

We are really looking forward to what this team come up with in the future, especially with the reveal that they are the ones behind the mysterious XYZM, that was teased earlier this year. If their future events are as immersive and detailed as these - then we have some very exciting experiences to look forward to! 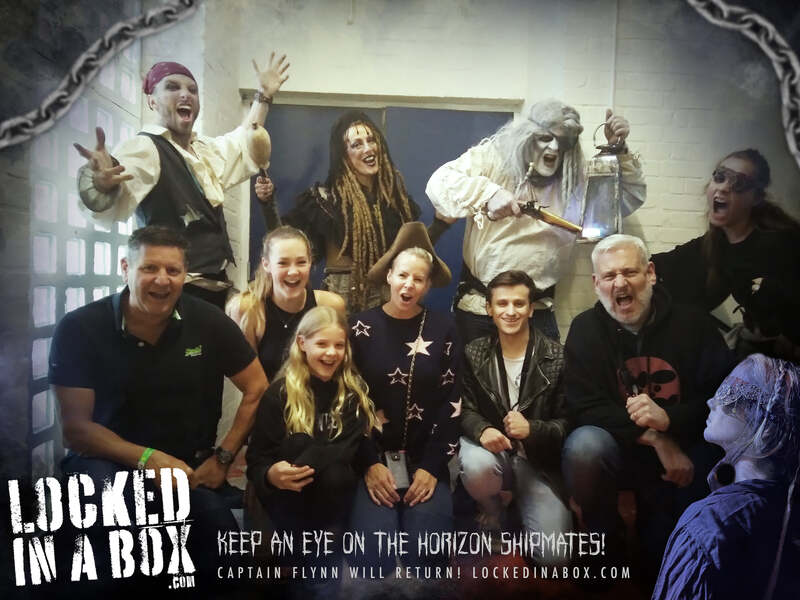 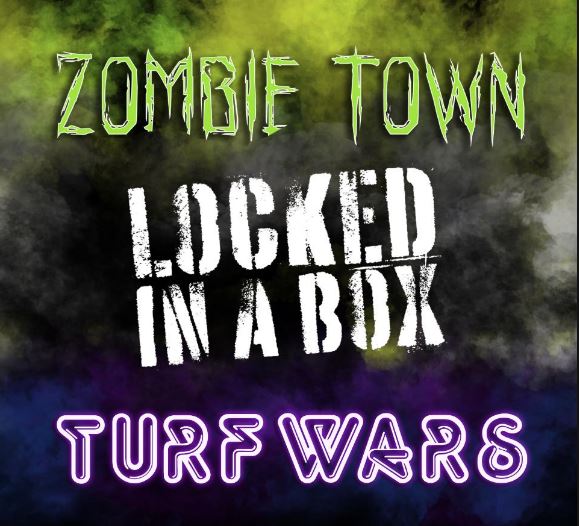 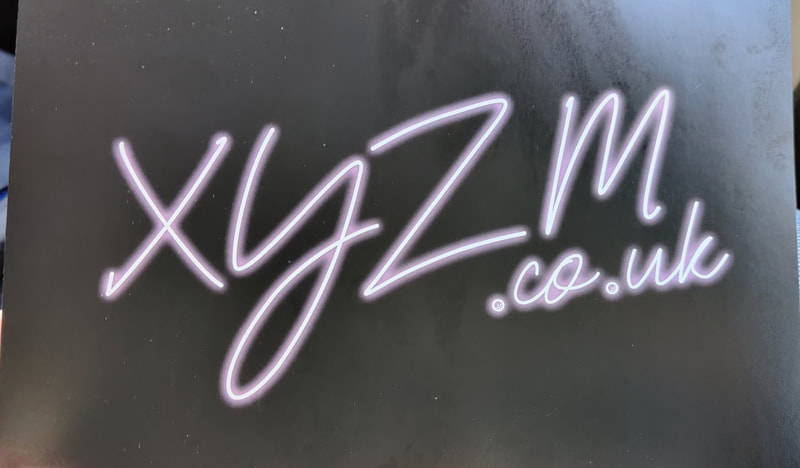 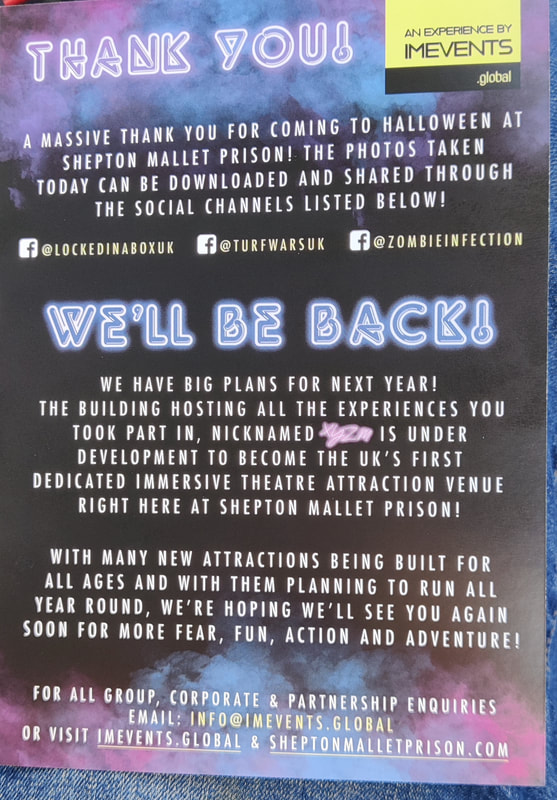 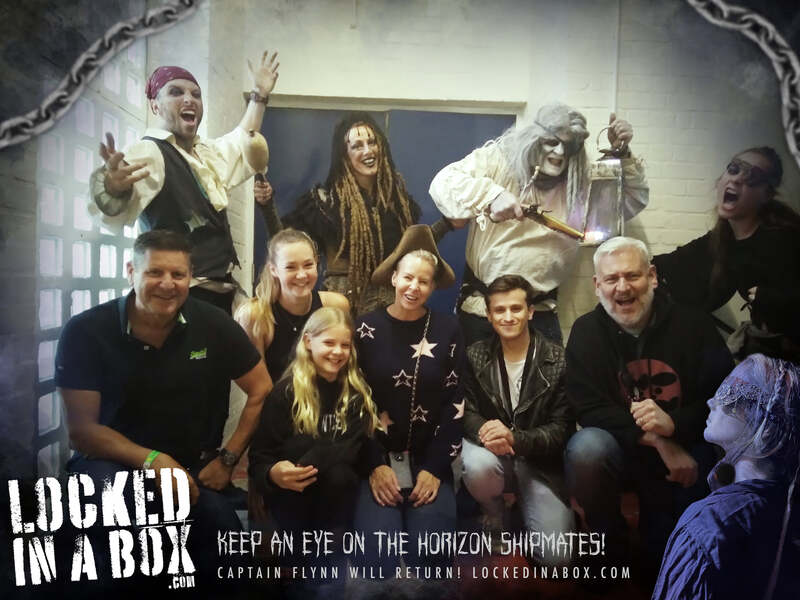 Turf Wars is a brand new experience from the creative team behind the award winning Zombie Infection events. Although described as an "escape room experience" Turf Wars has so much more to it, and combines scare attraction tactics alongside puzzles, quests and extended chase sequences.

Set across four floors of Shepton Mallet Prison, the event started with a theatrical opening as the scene was set for the commencement of our Turf War. We were introduced to our opponent - the fearsome Reaper - and at the end of the countdown, all hell broke out. Starting the show with such a dramatic and frantic introduction, had us on edge from the start, and as the intimidating Reaper chased us into the building - we knew we would have a challenge on our hands.

Once we had gotten away from immediate danger, our mission became clearer as we tried to locate key puzzle boxes around the large site. Although there are only 4 main puzzles, they all needed different skills of deduction and thought to resolve, which was never easy with the constant looming presence of the Reaper. If caught at any time, we would be dragged off to a prison cell to either await release from another member or until our allotted time was up.

Although we started the game as a team of 5, we soon ended up split around the site with different people working on different puzzles and so on. The constant fear of being found and caught by the Reaper left all of us on edge throughout for the whole time. The puzzles themselves aren't easy and all took a bit of working out and deduction to find the answers, and with the chase and prison elements - we only just managed to find all the pieces of the artefact we needed and send the Reaper back to hell. We finished the game with just about a minute or two spare.

All in - the whole hour event was genuinely terrifying and chaotic. The atmosphere in the deserted prison is foreboding at the best of times, but the loud music, special lighting and the fear of being caught at any time - made the whole thing one of the most nerve wracking things we have done in ages. We all ended up breathless by the end of it from a combination of adrenalin, and just the pure physical aspect of running away to safety.  The Zombie Infection team have really created something unique and different with this event, and we would highly recommend booking yourself into a Turf War soon. 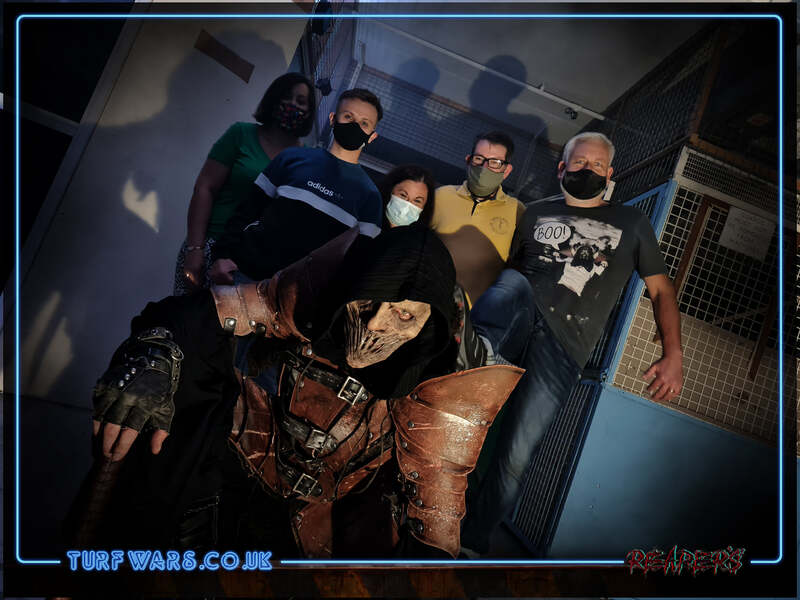 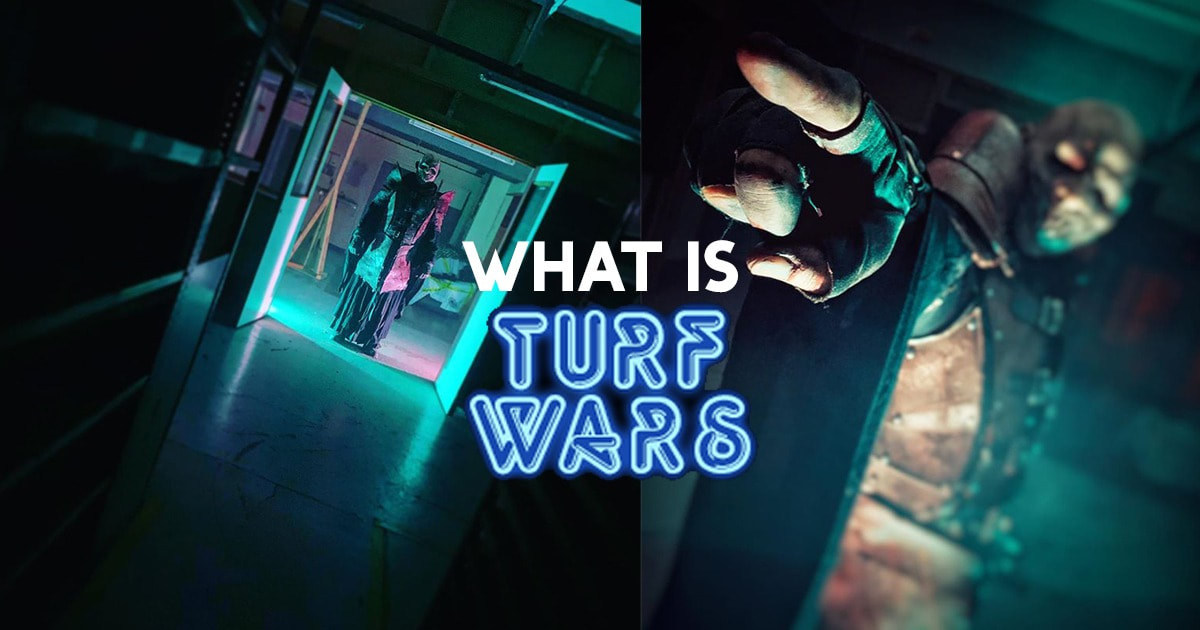 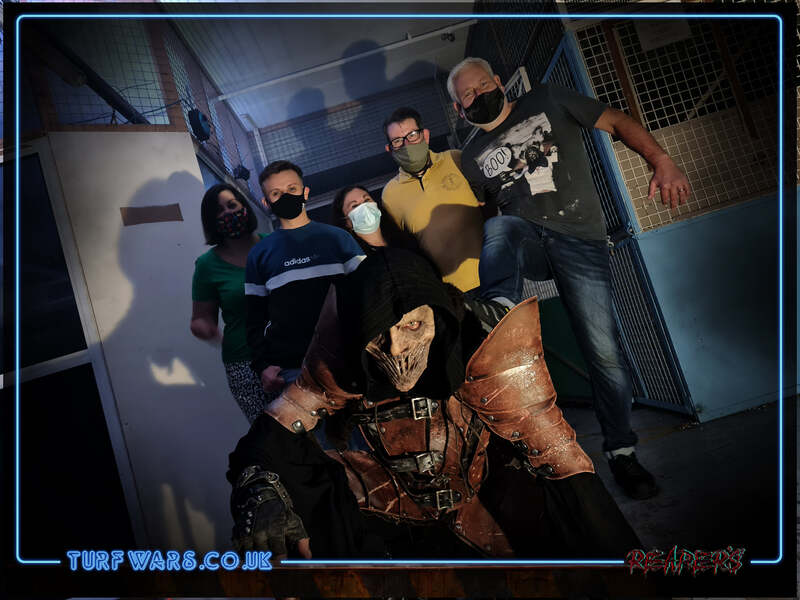 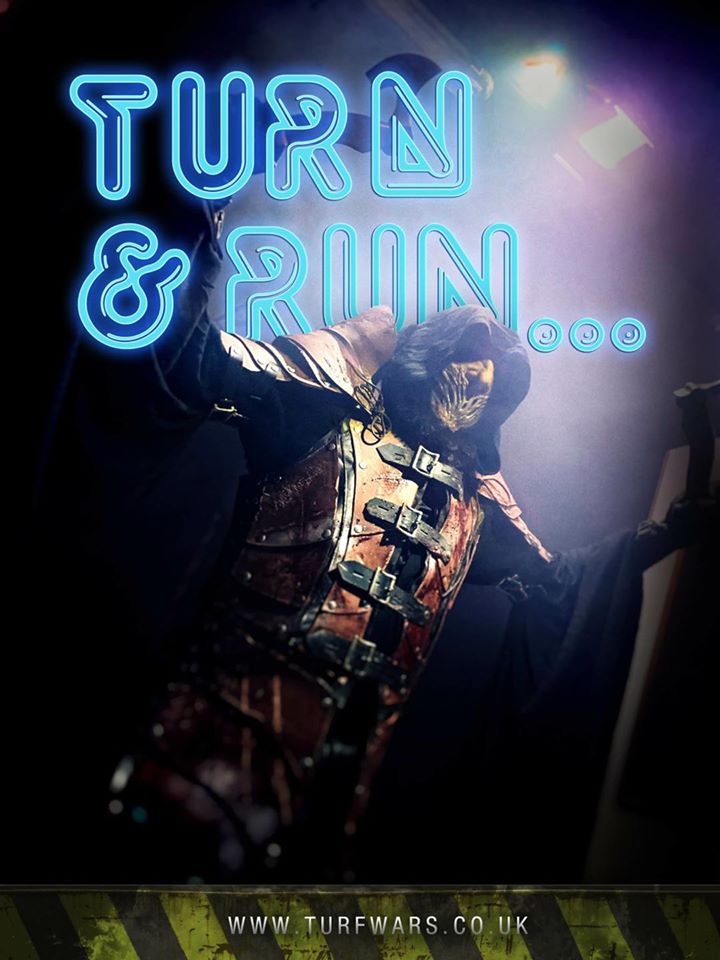 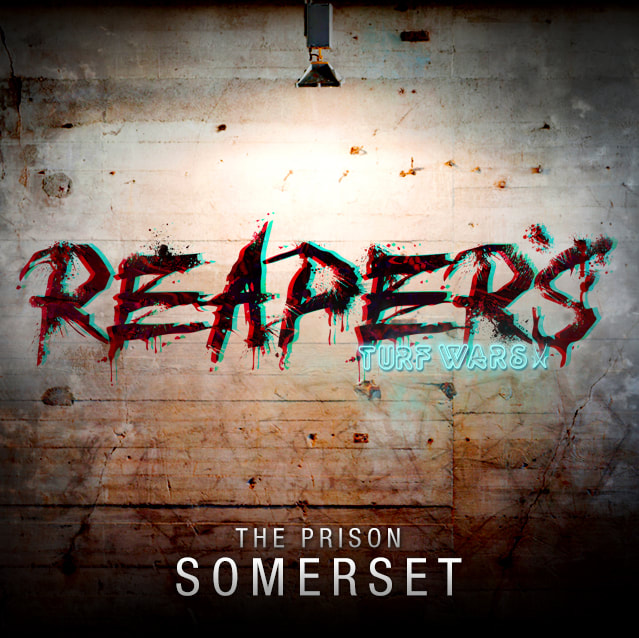 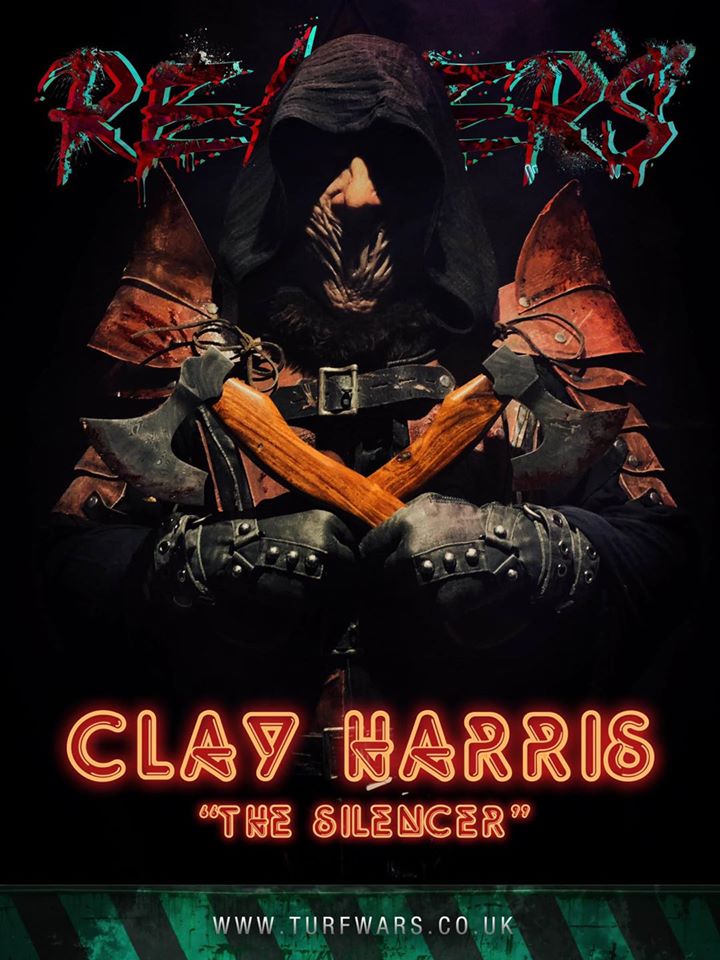 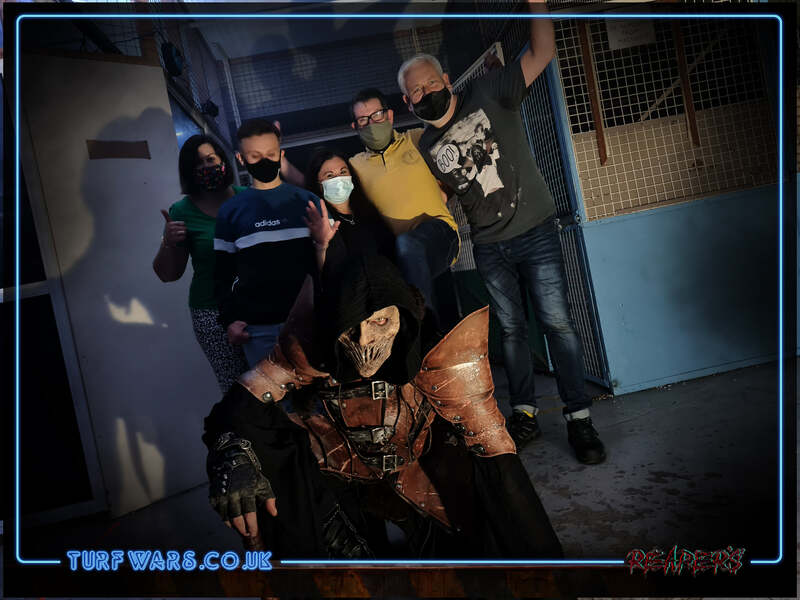 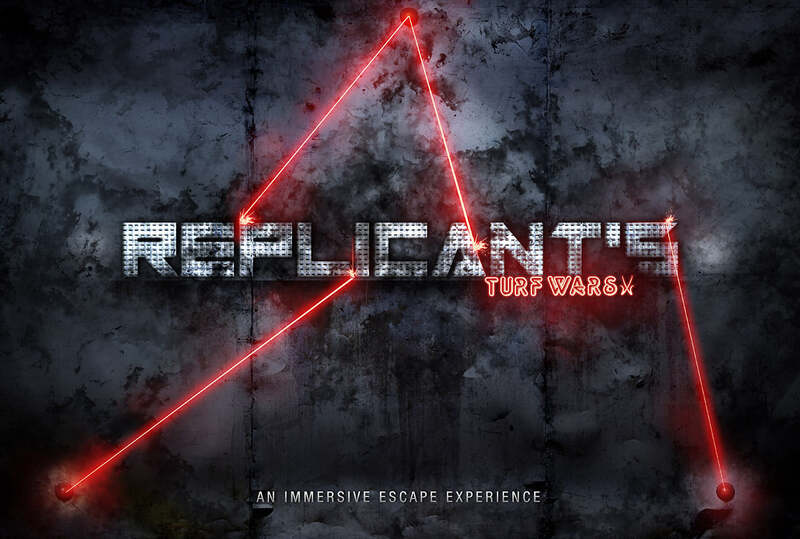