For Valentines weekend, the House of Frankenstein decided to do something a little different, and created a theatrical immersive experience based around the theme of love.

With the dimmed lighting around the venue, each group were given a candle to find their way around, and as we explored, we discovered a whole array of weird and wonderful characters. From the creepy lothario looking for love in all the wrong places through to the kinky swingers looking for people to join them, these people were definitely some of the most loathsome dates anyone would want. If this was Tinder you would definitely be swiping left!

We can't praise the comedy improvisational skills of the acting troupe enough, as each one managed to create a horrifyingly creepy character, whilst maintaining a dark and witty humour that had us laughing out loud throughout. Of course, shows like this rely on the audience interacting with the actors and we had so much fun with each of the oddballs around the site. Our Valentines tour then finished with a cringe worthy compilation of terrible online dating profiles from the 80s. If these were real and not mocked up for the show, then we are glad we don't live in that era anymore! Some of these profiles were genuinely awful, but we did have a soft spot for the slightly deranged Bobbie who's refrain of "knock knock, who's there itty bitty boobies" had us roaring with laughter.

Of course after the fun of the Valentines show it was time to head back downstairs where we had to relinquish our candle before descending into The Basement (renamed for the event as The Terror Vaults.) We have mentioned in previous reviews that this area could be extra scary with actors in, and that is exactly what the venue have done. We entered thinking we were alone and the actor played it cool, hiding from us until finding the perfect chance to pounce. He then proceeded to follow us throughout the basement using every opportunity he could to attck us - (including a very fast dive through a morgue drawer to provide a fantastic low level scare.) That scare alone left one of us screaming so loud that the staff in the gift shop above could hear us! You can check it out in the video below. All in, The Terror Vaults was a great way to end a fantastic tour, and we then extended our night with a quick drink in the Bloody Mary's Bar to settle our nerves.

As you can see - we really enjoyed this very different experience to the usual House of Frankenstein tour. The venue is so creepy and atmospheric with the lights turned down low and the addition of such fun but creepy characters throughout, meant we had a very entertaining night. Well done to all involved! 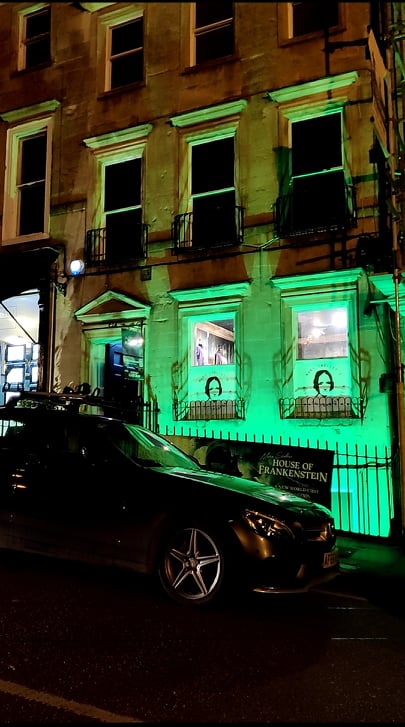 It's only a few weeks since we first visited Mary Shelley's House of Frankenstein in Bath, but with the opening of the new Victor's Lair Escape Room, we had to go and check out this new addition to the experience.

We were met in the reception by one of the Doctor's lab assistants, and were soon escorted up to the 3rd floor, where our game could start. As usual for any escape room, our phones were taken off us, and after a brief survival guide, we were ushered into the gloomy darkness.

Again we don't want to spoil any of the surprises and secrets of the room, but it was quickly obvious (at least to one person) that to proceed any further their team mates would HAVE to find a certain key. It was a great way to get the other members looking all around the room, and once we were all free to move around, our clue search commenced!

Now as we said at the start it was very dark in the room to start with, and a couple of times our older eyes struggled to see the combinations or clues, but once power was eventually restored, we were able to power through some of the puzzles whilst remaining stoically puzzled by certain ones. As with most rooms, there's always one solution that remained tantalisingly distant, and a clue system is available via hand written notes passed under the door. Not that these ever gave the answers and sometimes just added to our confusion!

As the game progressed more and more secrets were revealed, and it became clear as to what we needed to do to complete the final escape. What was clever was that this is all in keeping with the overall theme of the venue (no - no spoilers!)

Of course - being a Frankenstein game there were a lot of macabre and gruesome effects and body parts around the room. These combined with the sudden noises and general dark and spooky atmosphere, could upset the easily scared. Certainly between the three of us we all jumped several times throughout the game!

So if you are looking for a dark and twisted escape room with some interesting and different puzzles we would highly recommend giving Victor's Lair a go. We felt like we had been in the room for ages as there is quite a lot to do to progress, but it turned out we escaped with just 2 minutes spare. The game itself is fun and atmospheric, and anyone who pays to experience the escape room is also allowed to roam the rest of the museum which is an additional extra benefit. 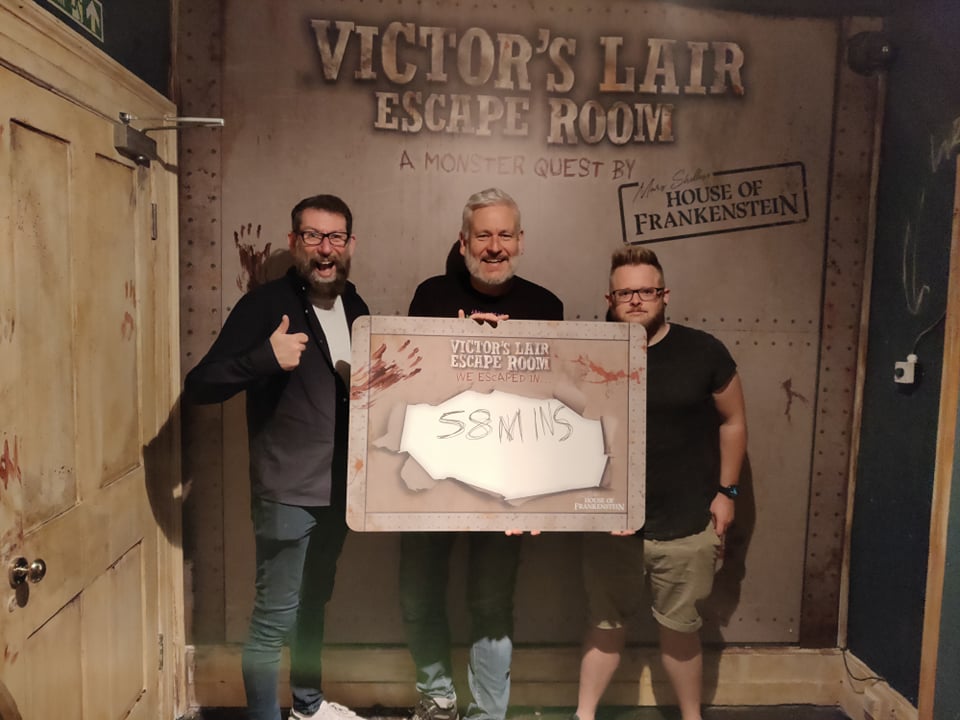 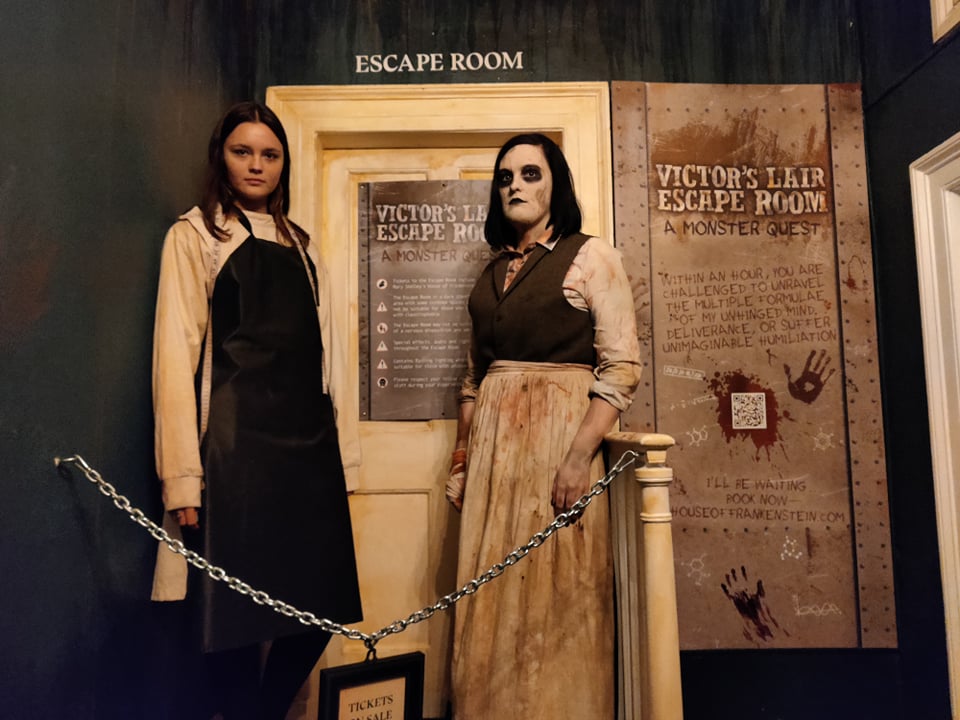 Frankenstein is one of the World's best selling novels, and the themes of reanimated corpses and mad scientists experimenting with body parts, has been an enduring theme throughout horror ever since. The classic novel was created during a dark gloomy summer, and was mostly written in the City of Bath by it's author - Mary Shelley.

So what fitting City to open the World's first attraction/museum dedicated to the infamous monster and the mysterious and the  enigmatic author behind it? Located just a stone's throw away from where she actually lived, Mary Shelley's Frankenstein is a brand new experience that mixes historical storytelling, special effects, movie quality sets and and a few unexpected surprises.

The experience itself is self guided and guests are left to wander around the building and discover its secrets in turn. We initially headed up the building through the more historical sections, discovering interesting facts we hadn't heard of before. Each room has a completely different focus including Mary's Life, the origins of the novel, the tragedies that befell the Shelley family, the many different film versions of the story and of course, its inspiration in pop culture. Hosts are on hand throughout the building to answer any questions guests may have.

But each room already has a plethora of information, that is all presented in different formats throughout, accompanied by ambient lighting effects, creepy sounds and of course some unusual scents. In fact many of the rooms have had unique scents created for them which help invoke the atmosphere of the time. This is no more so than in the spectacular laboratory room where guests come face to face with a very realistic 8ft animatronic recreation of the character. Amongst the slightly medical smell of the lab, this animatronic had been based on the actual description in the original novel.  There are no green skin or bolts through the neck here, and the sheer physical presence of this animatronic is amazing.

The attention to detail throughout this whole experience is evident in all the rooms, and although the Escape Room game isn't live yet, we cant wait to see what the designers have up their sleeves for us when that opens in a few weeks time.

Of course- you cant have an attraction based on one of the world's greatest horror properties without having an element of horror in the house. Although the main rooms have a creepy atmosphere they are suitable for anyone, unlike The Basement which has a warning on the entrance that it is not intended for young children.

This section of the house is the closest to an actual scare attraction, with a maze like section with sudden sound and lighting effects, weird noises, and several jump scares for the more nervous. Although there are no actors in the attraction at the moment - they could easily be added for special occasions or seasonal events.

Talking of which, House of Frankenstein is just the start of a Frankenstein franchise for the area, with the creators talking about plans for a Scary Mary's horror restaurant and bar, a ghost bus tour, Frankenstein Halloween balls and an over night experience called Scare B&B. If successful, the team hope to expand to other locations around the globe.

Being big fans of the novel, we think Mary Shelley's House of Frankenstein have done a fantastic job in presenting so much information about the book and its author in such an immersive and impressive way. Even if you only have a passing knowledge of the original story, it is a property that is recognisable around the world, and with attractions such as this, the mad scientist, his monster and most importantly, his legacy - will live on for years to come. 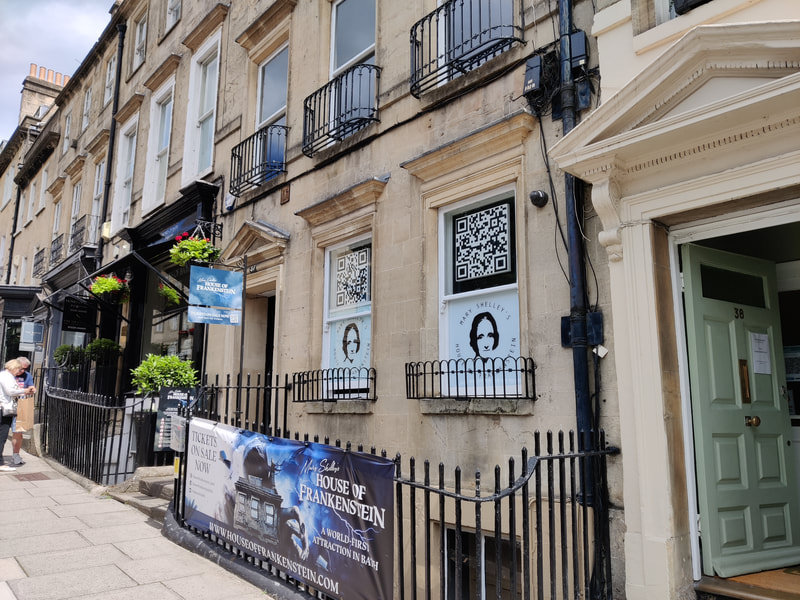 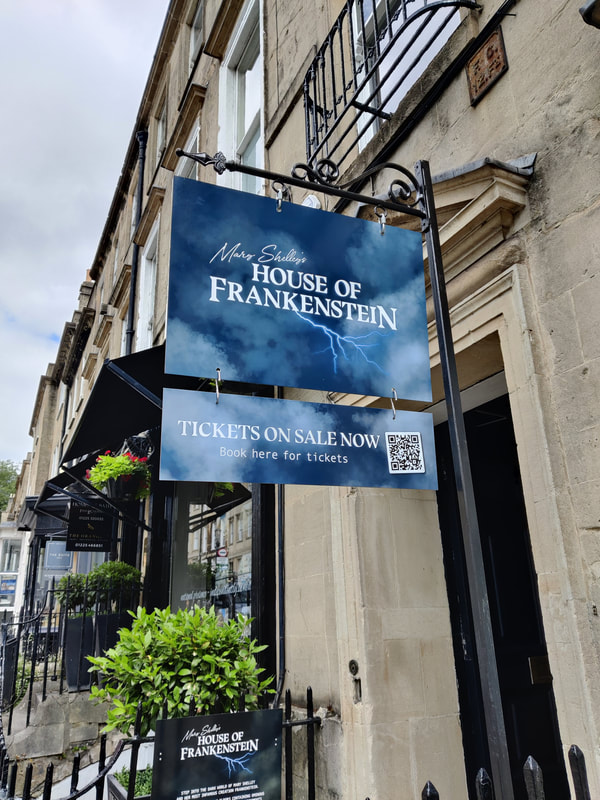 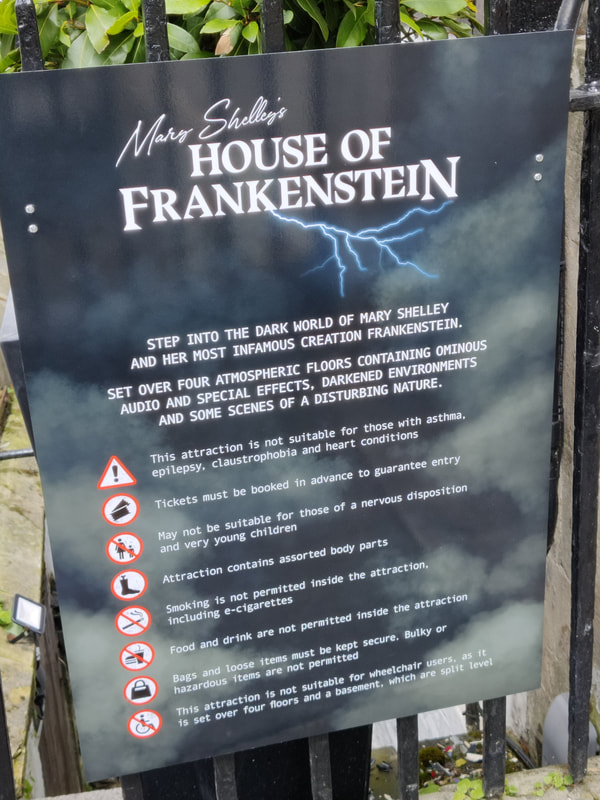 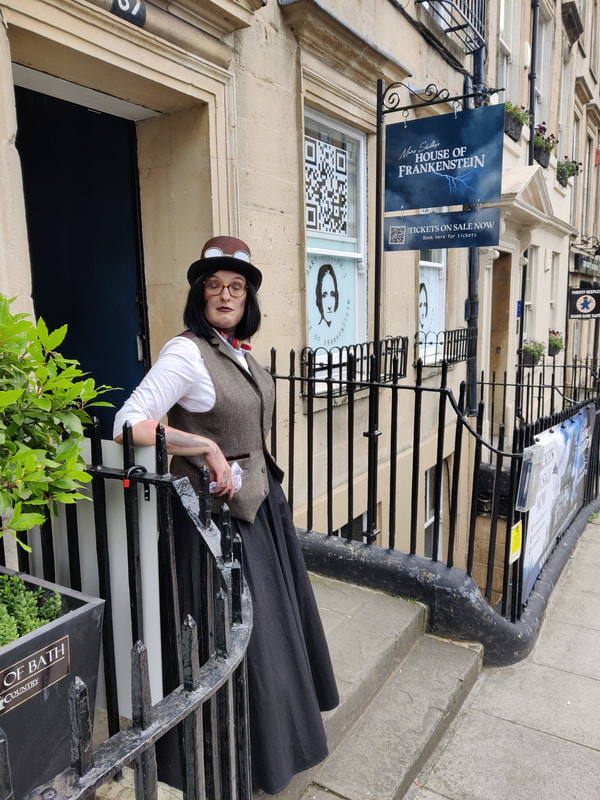 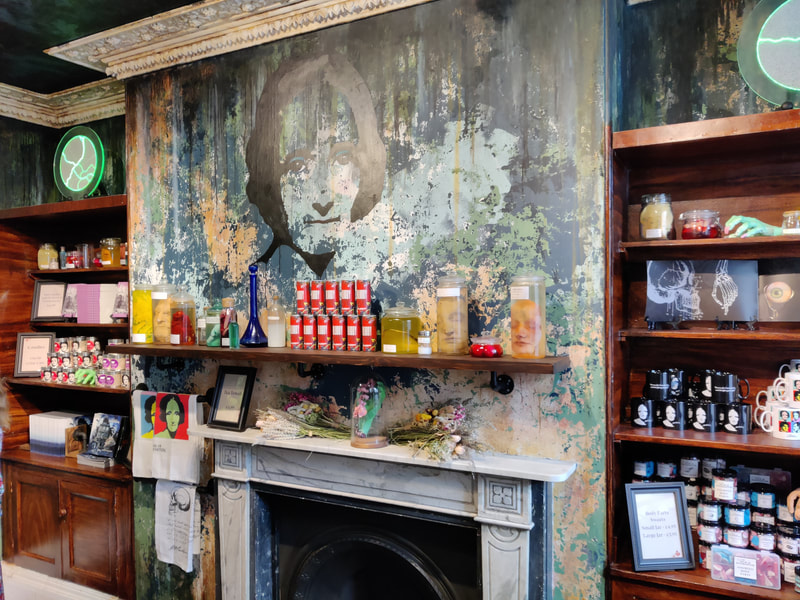 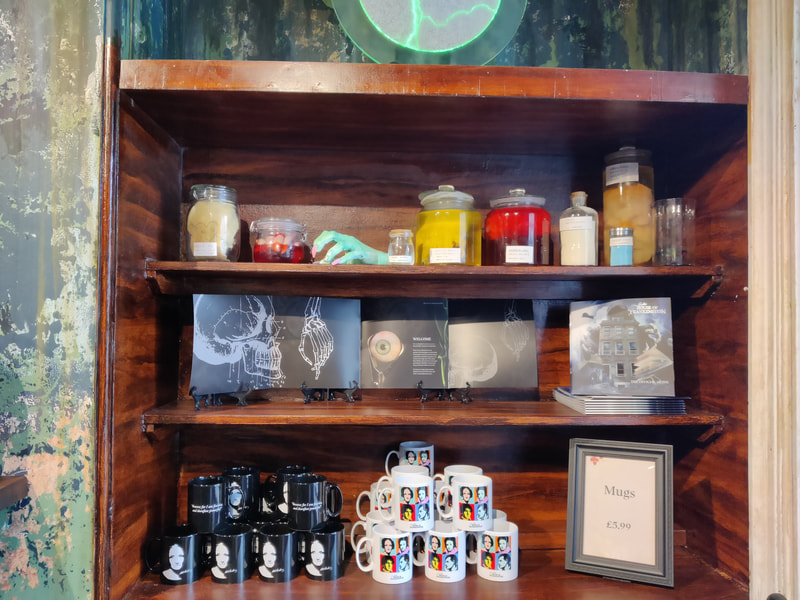 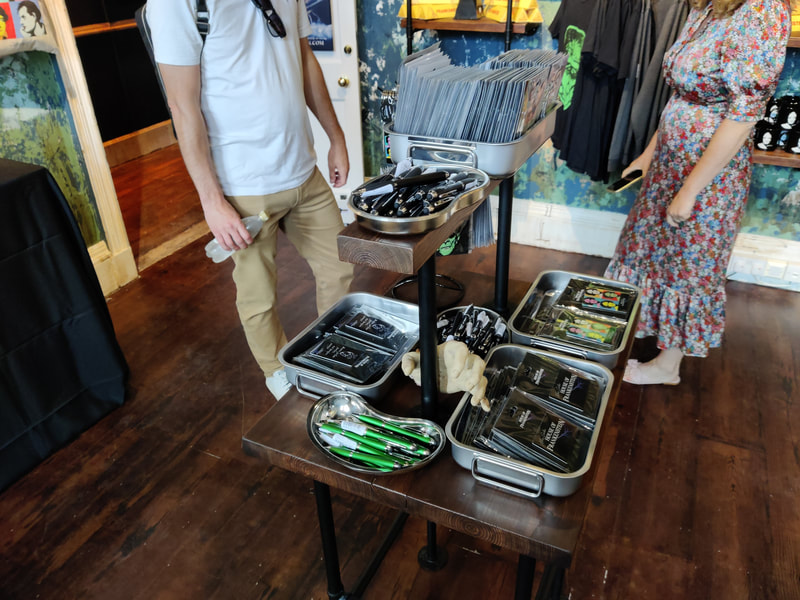 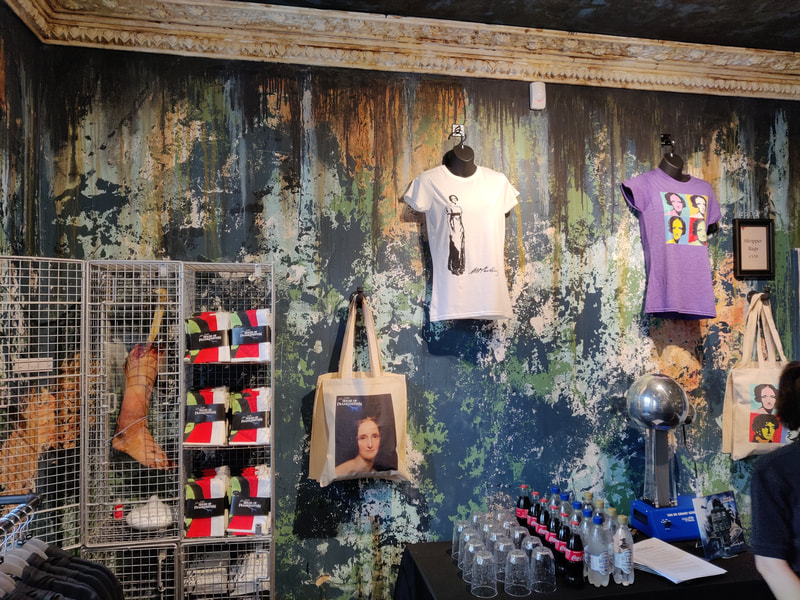 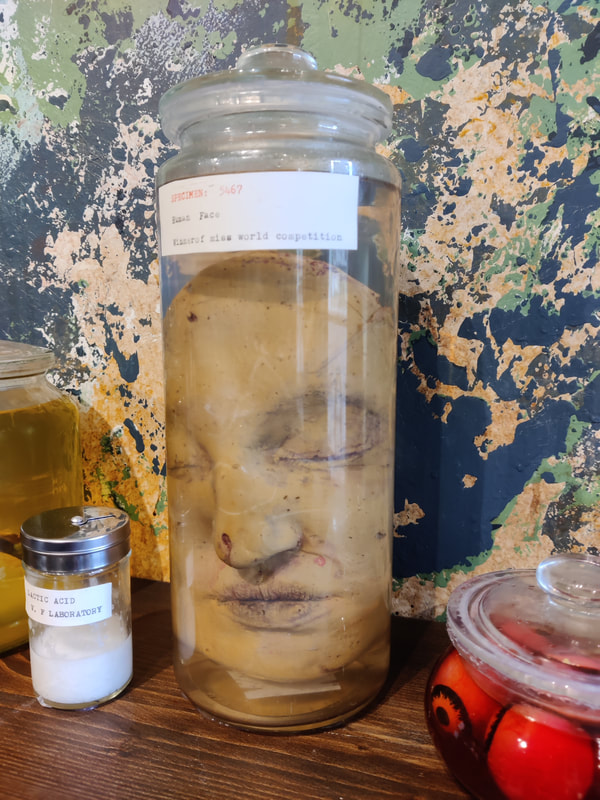 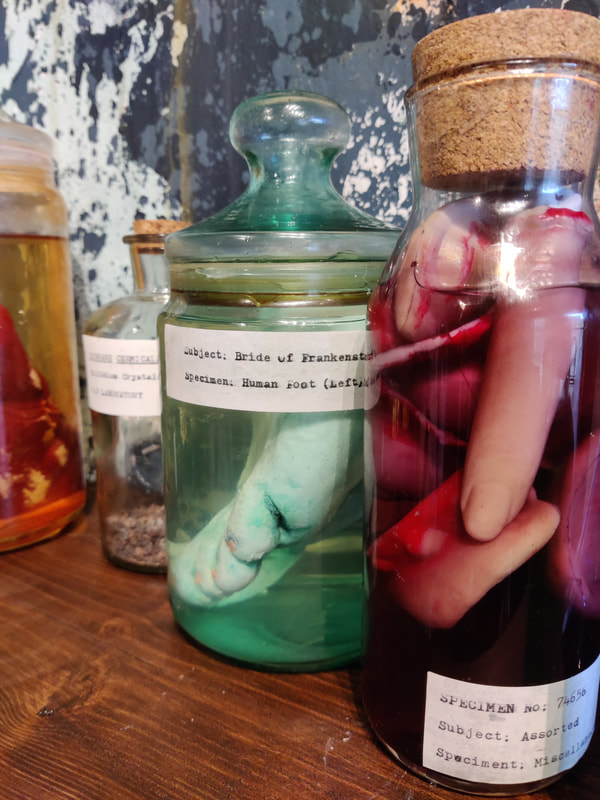 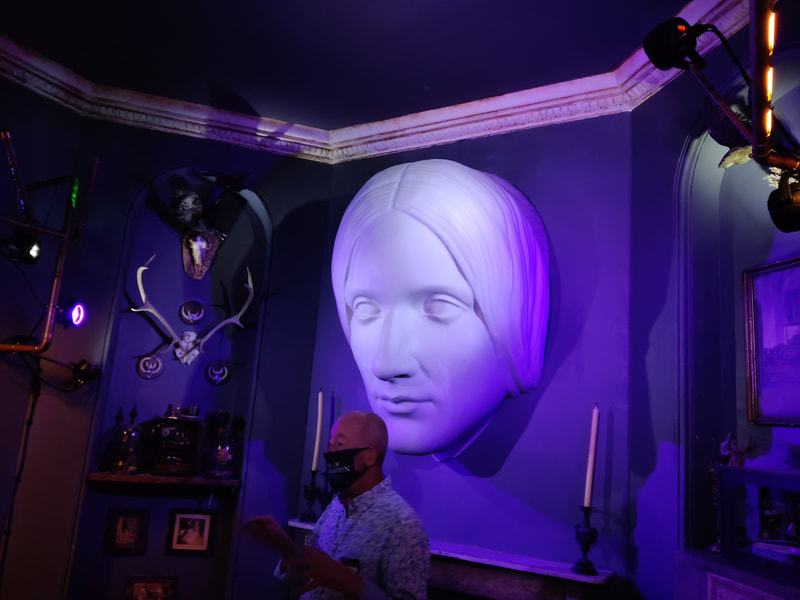 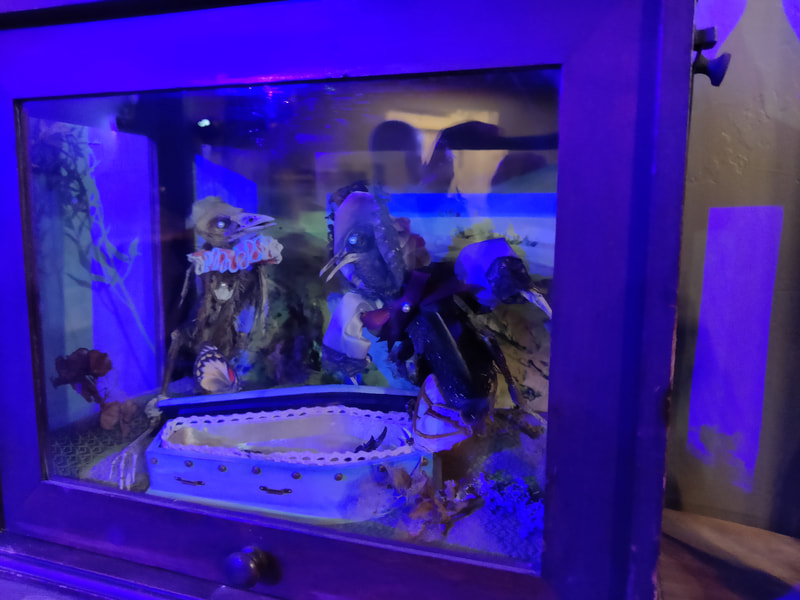 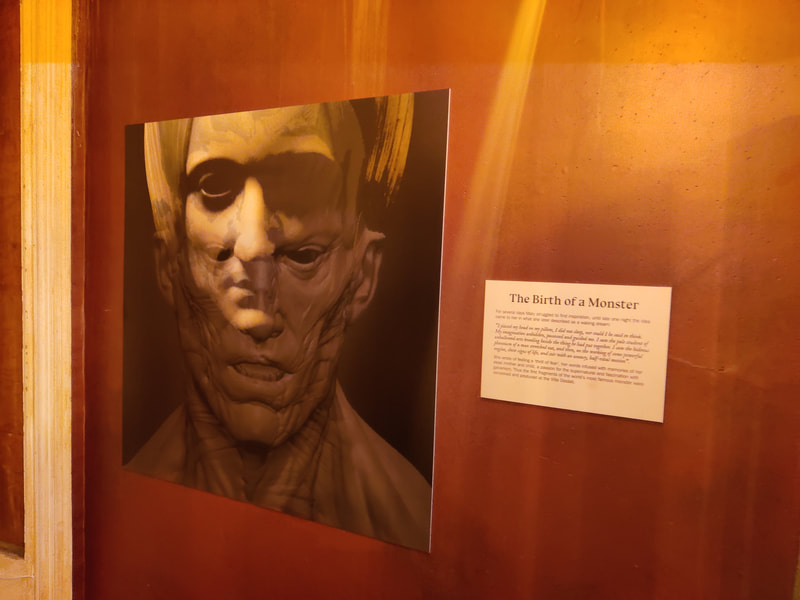 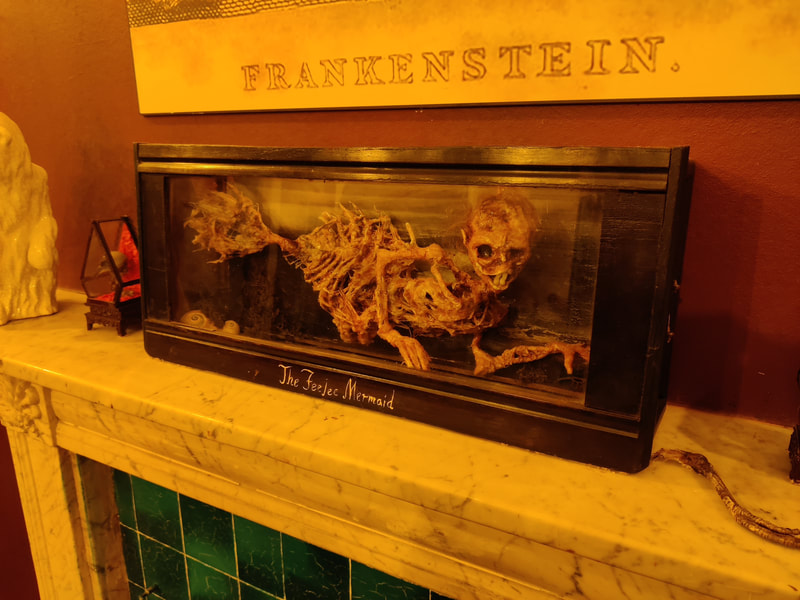 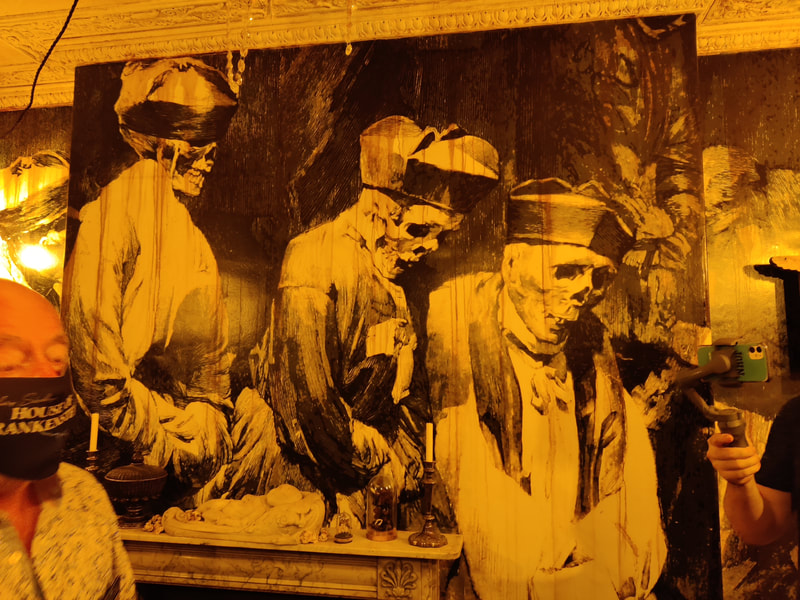 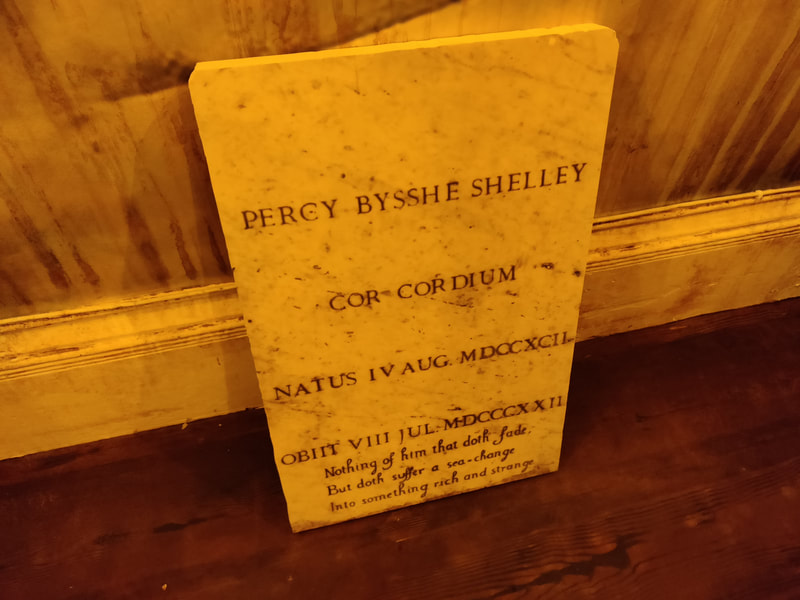 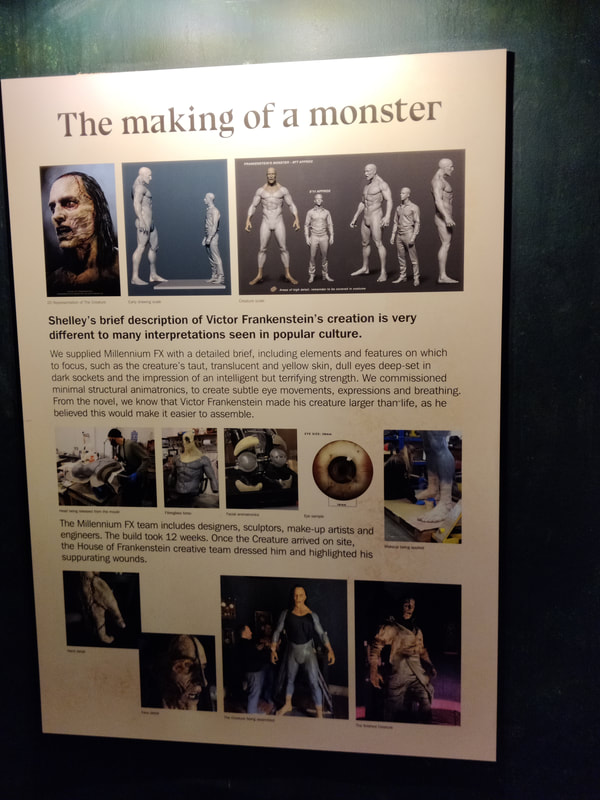 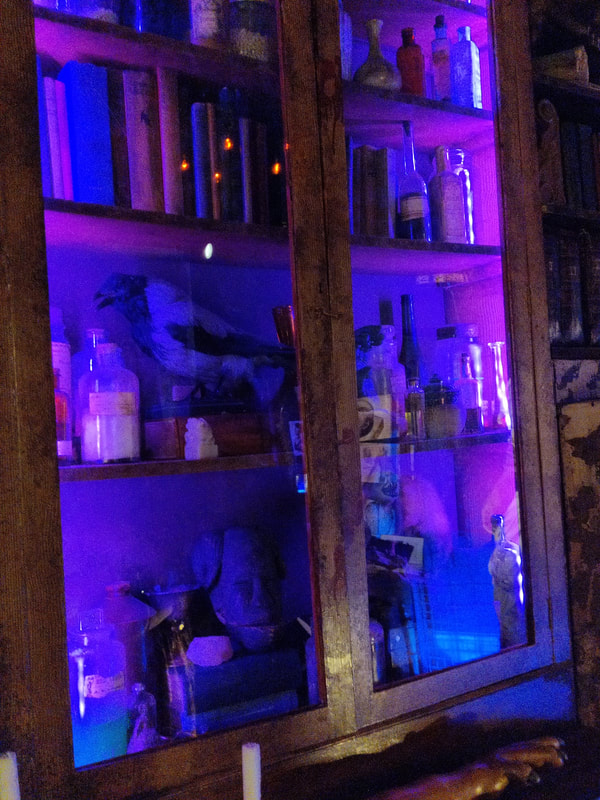 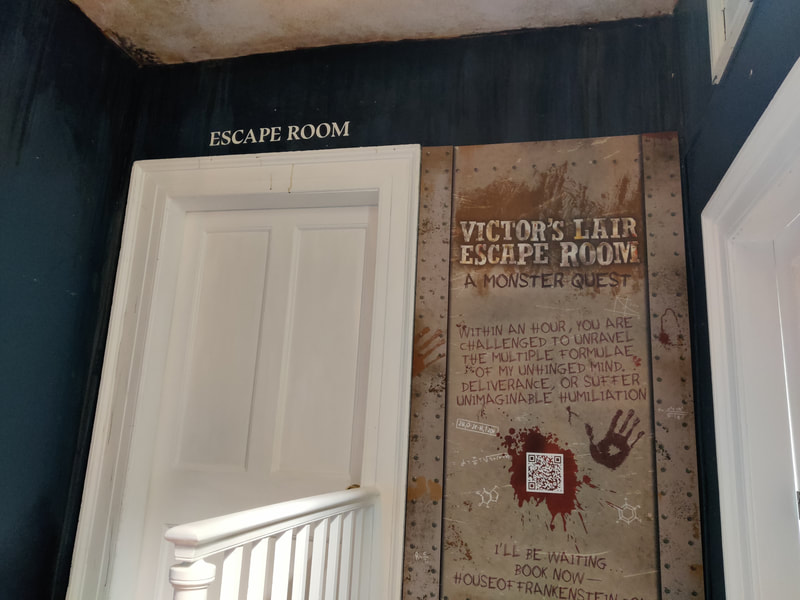 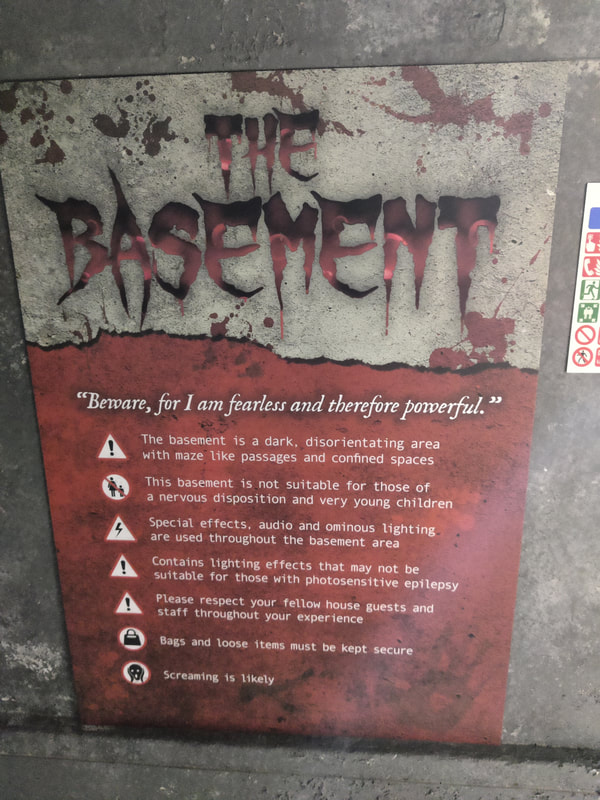 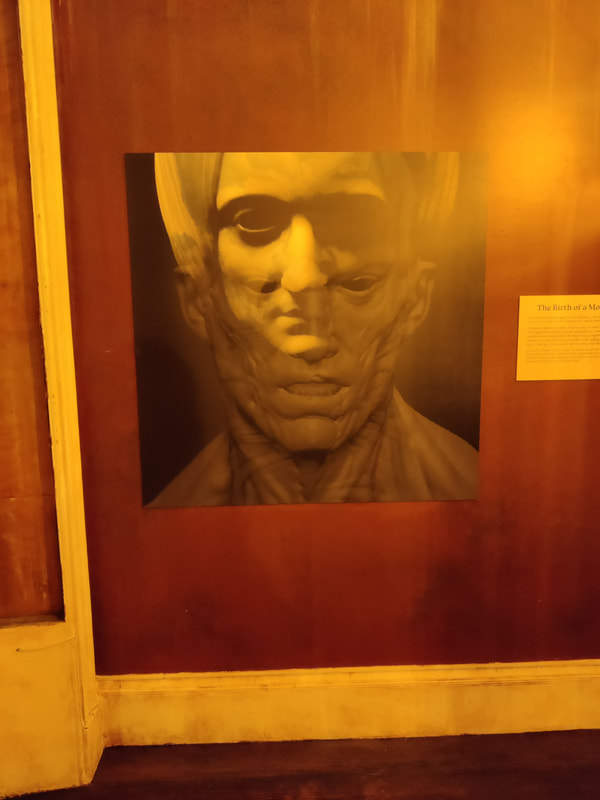 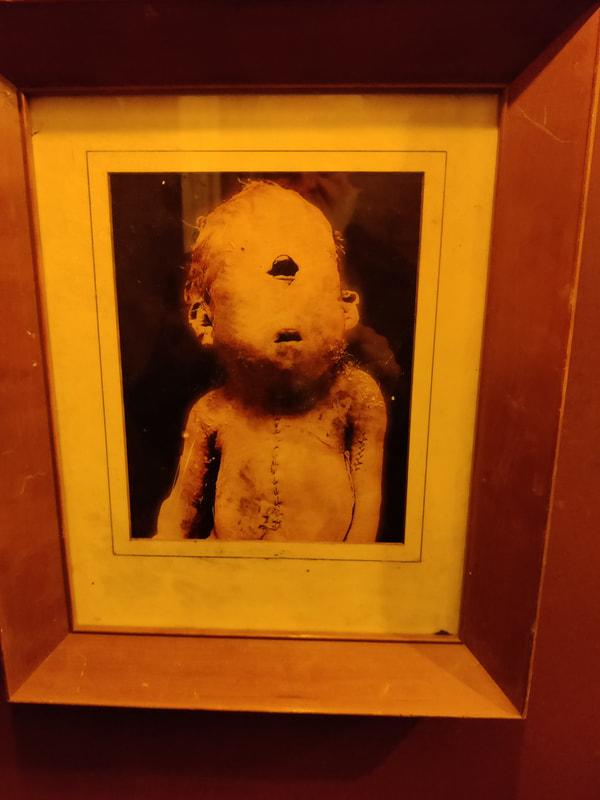 Please note video contains a full walk through of The Basement

​Visited Bath's House of Frankenstein earlier today and absolutely loved it.It was probably always going to get a "thumbs up" from me as I love Gothic 19th Century literature (Shelley, Stevenson, Stoker and Le Fanu). However, I felt that the care and attention to detail to each section of the attraction (based on 4 different floors) was evident everywhere. Loved the fact that each section/room had a theme and a distinct flavour of its own.

I found the "Mourning Room" which detailed the sad personal tragedies that Mary Shelley endured in her life particularly moving.

The recreated life sized model of the Frankenstein creature based on the description in the novel (complete with its animatronic heaving chest!) was really impressive and fans of the pop culture that "FRANKENSTEIN" inspired (numerous films, toys, comics etc) are also properly served.

The attraction would definitely be too much for small children or for those with a delicate constitution or a nervous disposition. Some of the sections (especially the basement with its low atmospheric lighting and eerie sound effects) are pretty gruesome. This section was rather like being allowed to walk around the set of a horror movie. Great for me, but this will not be everyone's cup of tea...

The staff were really friendly, polite and helpful. I stayed a good hour and a half and by the end felt I had got my money's worth.

Five out of Five stars.