Ghosts at The London Dungeon

London’s dark history has long been a subject of both curiosity and controversy - with tales of infamous characters such as Guy Fawkes and Jack the Ripper, keeping residents and visitors of the UK’s capital entranced for decades. The London Dungeon is set to commemorate 45 years of telling London’s darkest history this year and will host an exclusive séance in honour of the event, making contact with the ghosts of the capital and all those lurking within the historic walls of County Hall…

Opened in 1974 by Annabel Geddes, the attraction originally unlocked its doors on Tooley Street, London Bridge as a wax museum showcasing the gory stories of Mary Tudor and Thomas Beckett. Geddes had become fascinated with the ‘house of horrors’ area previously found within Madame Tussauds London and from that, dedicated her time to opening a morbid space resurrecting - and telling - the darkest stories of London.

The attraction relocated to County Hall, South Bank in 2012 where it continues to thrill and scare those who dare to enter. It seems that many spirits made the move with them, or rather the re-location disturbed some already residing within the ninety-seven-year-old building - with many of the London Dungeon staff reporting strange activity over their years in the attraction.

In 2018, the attraction launched its first ever show based on real Victorian medium, Agnes Guppy, in which a real Ouija board was used. But for one technician, it was too much to bear as he refused to carry on working with the room the board was used due to feeling ‘unwelcome.’ Many reports from staff have also included the sounds of young children talking after hours…while an actor recalls being told to ‘please stop’ whilst being completely alone in the attraction.

To celebrate the 45 year anniversary of the attraction on 15th September this year, the London Dungeon will hold a live séance in May for a select number of people. They will be calling out to characters from the stories of the attraction and beyond - in an attempt to see who walks through the walls when the doors are closed.

In the mean time - check out some of the stories the staff share about their experiences in the famous attraction:

"There’s the usual taps turning off and on by themselves that you’d expect in an old building but there was also one instance of an external technician coming in to fit the Ouija board in our Séance show and he didn’t finish the job. He ran away because he was too scared of the room. We never knew what happened because he wouldn’t get back to us, he just went off the radar. Once the show was up and running, the table the board was on collapsed an unusually large number of times despite numerous repairs”
Andy Walker – General Manager

"At the Tooley Street Dungeon, I was walking through the show spaces at the end of day and poked my head into the ‘bedroom’ set to check for persons potentially left in the show space. At the end of the set I could see, what I initially thought was one of the performance team sitting at the end of the bed in costume. It looked like a figure of a woman in Victorian dress, sitting with her hands on her lap- staring at me.

I called out to tell the “actor” to move on but, even as I was speaking, I felt a strong sense of dread and unease and knew that, whatever it was, it wasn’t an actor that had stayed on position at end of day. Nothing happened when I called out, but the figure I could see remained in place. I stood in the doorway and stared at it for a few seconds, attempting to focus and for it to become clear as to what I was staring at. The more I focused, the clearer the figure was becoming. I closed the door to the room and stood a while, trying to gather my thoughts with the intention of opening the door again in a few seconds to see that the figure had gone or see the ‘jacket / bedding’ or whatever it was clearly.

A few seconds passed and I re-opened the door to look in. I could see the figure, once again, sitting at the foot of the bed. I then closed the door again and retreated back to the green room to find another team member.

I opened the door and, once again, looked into the space but this time with my colleague.  It was gone. She entered the room and I reluctantly followed, both of us trying to find a coat or rag or anything that I could have visually misconstrued as a figure at the end of the bed. I brought up the house lights too but we could find nothing.”
Kevin Haney – Performance Operations Manager

“After a PR shoot I was here around midnight, I was dressed as Jack the Ripper so went back up to 10 Bells to put my costume back, when I opened the door I took a step inside and from the other side of the room someone ‘shhh’-ed me very loudly. I was the only one in the building so I threw the costumes and ran! Then the next day when telling someone what happened, a door next to us opened and slammed shut. We thought it was someone messing around playing a joke so went to see who was there and there was no one.”
Ben Goldsmith – Performance Trainer

“I have a spooky story from when the Séance show first came up. It was the first day that Séance went live,  I was playing Flora and I was waiting in the void for the group. I had walked past the props in the Sweeney Todd room and was waiting. I then heard some whispers and noises coming from the show space. I thought I had missed a group so went inside thinking there would be guests inside. There was no one in there and the whispers seemed as though they were coming from the props. The audio from the show had started playing on its own really quietly. The effects in the show then started resetting themselves, popping up and down sporadically…
Steph Brown – Performance Trainer

“I've had it during a show where distinctly I had a deep voice close to my ear say "Please, stop". I checked no one was in the corner, continued the show and as the guest were leaving the show space I checked the corner again and nobody was there.
Have also had it where, in Newgate Prison, I have heard the sounds of children laughing which I confirmed with other actors wasn't audio.”
Kai Nossek – Actor

“The best story I heard was probably when, in Tooley Street, one of the operations team was doing his checks at the end of the day when he saw a woman left behind in the corner after one of the show spaces. He went in to see if she was ok and found her crying, saying that she’d lost her child and could he please help her. He of course goes off and tries to find the missing child, alerts the duty managers and the actors who are still in the attraction but they can’t find anyone. The guy then goes back to tell the mother, ah we can’t seem to find your child – are you sure – etc etc but upon his return, the crying woman had vanished!! Perplexed, he checks the CCTV but he and no one else can see this woman on the cameras…”
Jazz Cowler – PR & Marketing Executive

“There’s one girl at Tooley Street who said she had an experience which freaked me out a bit, really weird what she said she saw. And she said, basically it was a long corridor and at the end of the corridor she said saw a man - and he had no shirt - so he was bare-chested and from the waist down, there was no legs, so he was like floating and he was floating through a wall. Now that to me…I thought that sounded really weird. It’s so off the wall, that I thought “that could be bloody true”, do you know what I mean?”
Terry Mason – Actor 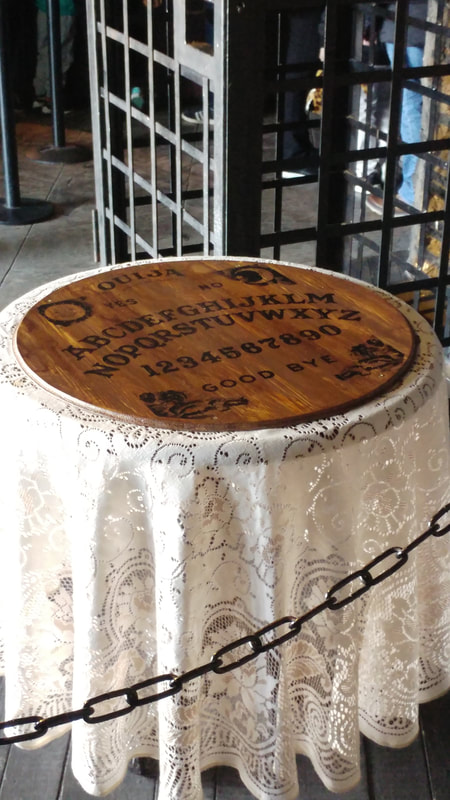 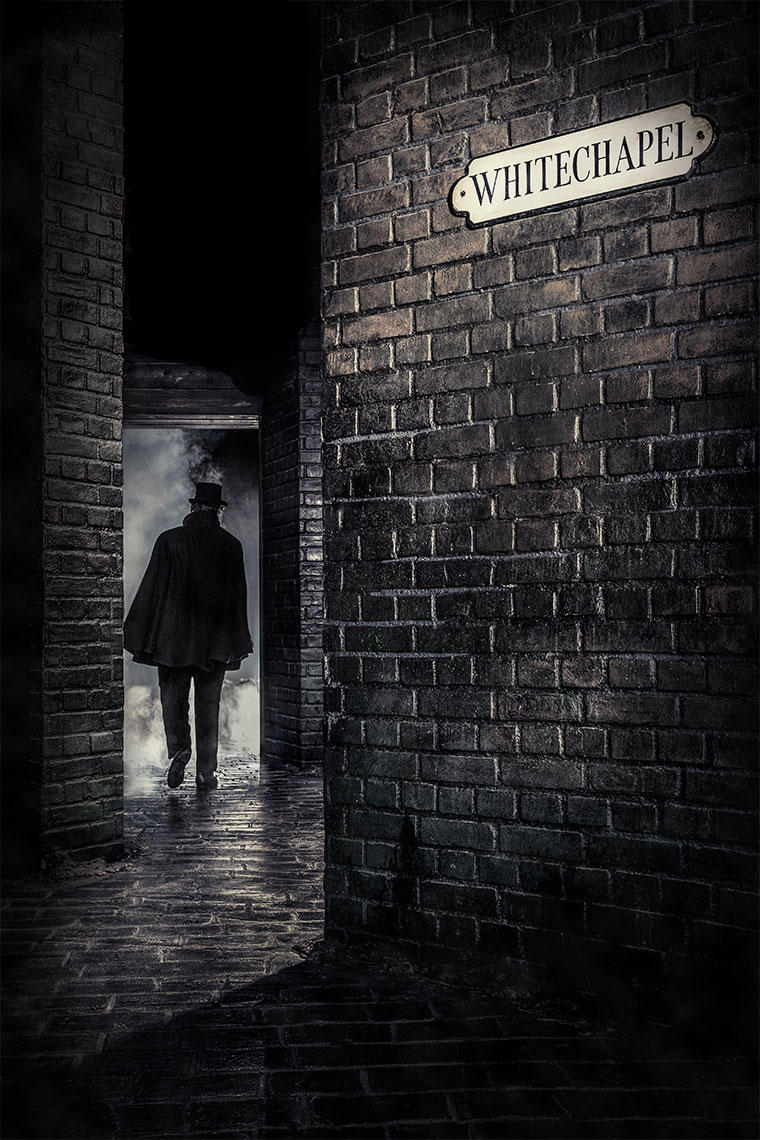 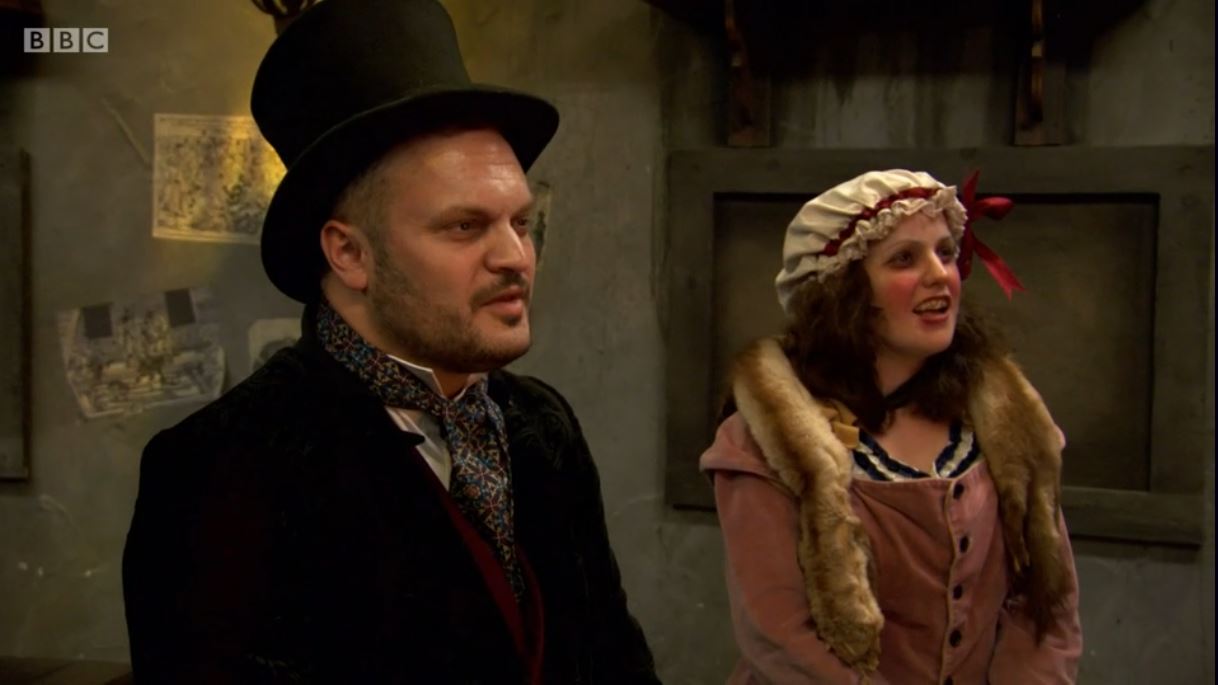 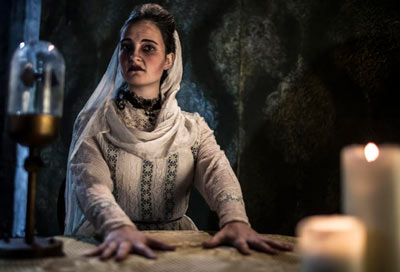 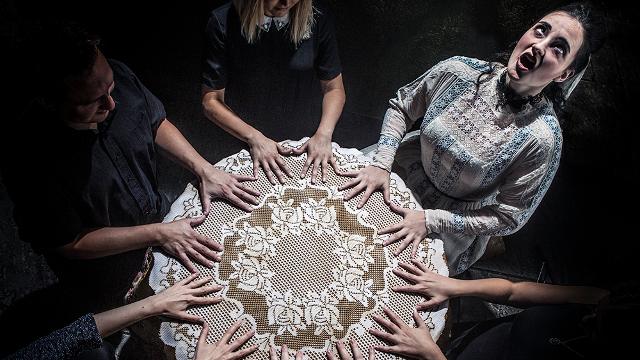