Tulleys Shocktoberfest is now the UK's biggest Halloween event, featuring eight attractions, roaming characters, fairground rides and more. It attracts over 80,000 visitors each year, but it wasn't always this big. Join us as we look back at the history of the event, and see how it has grown over the years.

1994 - The farm opened a small fete style event and called it the Pumpkin Festival.

1995 - This was the first year at running a proper Halloween event as the farm was trying to build momentum around pumpkin sales. They ran the Pumpkin Festival from mid-October, with pumpkin carving competition, fete type games, maggot racing and about 300 visitors.

1996 - More side games were added, as well as a new spook hunt attraction for families.

1997 - A straw bale maze was created but was not very successful. The pre-cursor to The Creepy Cottage was opened - a small walk through haunted house built with simple props and no animation. The event ran for 9 days over October half term.

2000 - The Spooky Trail was added which still runs in the daytime today as a treasure hunt for children around a simple maize maze.

2002 - The Spooky Wagon ride was added for the daytime event running until just 7pm each evening over half term.

2003 - The Haunted Hayride debuted properly with 12 scenes in the woods and three trailers running. With the farm open until 9pm and with Creepy Cottage running and the Spooky Trail, the park had other 15,000 visitors.

2004 - The loading platform and the station was redesigned to allow more efficient loading and unloading of the Haunted Hayride.​ 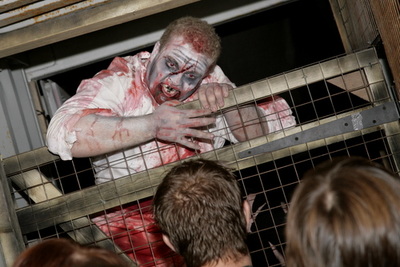 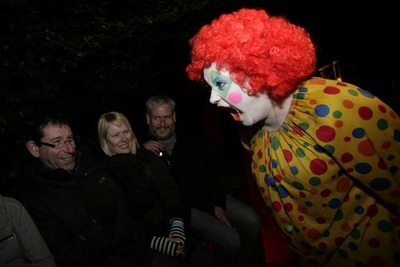 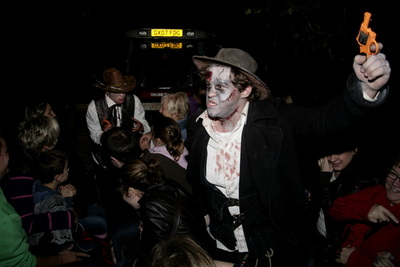 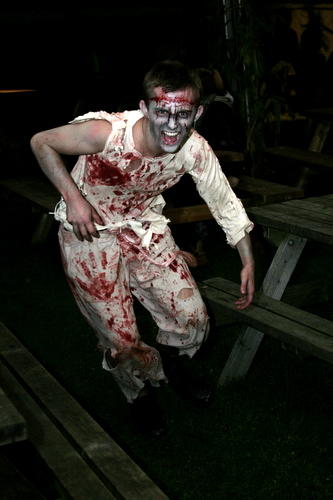 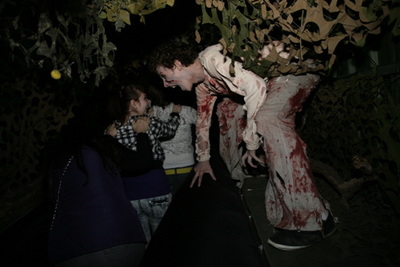 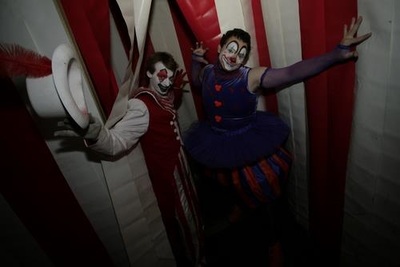 2005 - The Field of Screams - a walk through a maze field with live actors and effects was added.to bring the attraction tally up to three.

2006 - The Haunted Hayride was extensively refurbished with a further ten scenes added.

2007 - The park had a general reorganisation with a new admission area and an additional food court added. The entrance to the Field of Screams was also relocated.

2008 - Further additions were made to the infrastructure with a Fun Fair included and additional ticket booths added.

2009 - The Cellar and It's Curtains mazes were added as part of a new events area, taking the park up to five attractions.

2010 - The line up remained similar but the Curtains maze was expanded.

2011 - New attraction Hell-Ements was added to the line-up. This was the UK's first "hooded" maze.

2012 - This year The Field was replaced with a new attraction - Dr Plague's Terror Trail and It's Curtains was rebranded to Twisted.

2013 - This was the year the park took on a more festival vibe with large stages and live music added. Dr Fear's Terror Trail was replaced with Woodshock: Rottin’ since 69.

2014 - The Tunnel was built in the field and a new Silver Screen scare zone was added. Dedicated visitor services building created.

2015. Twisted evolved to become Nightshade Circus. Two brand new attractions were added - The Chop Shop and The Volt and the field once again changed into a new attraction called The Colony. This was, by far, the biggest event they had created with a second music stage added, a total of eight attractions and over 60,000 visitors.

2016 - New this year - The Coven of 13 was built into a new part of the site and more changes were made to the event arena creating a new Ghost Town with a mid-way games area. A second music stage was added and the Twisted maze had a rebrand to become a 3D attraction - PanDEMONium's 3D Carnival.

2017 – Hellements was rebranded to VIXI with some  new effects extending the experience. The Coven of 13 was also extended with new scenes in the woodlands.
​
2018 – For their 25th year, the park have added a live entertainment show from the Circus of Horrors, whilst extending The Cellar with a new theme - Imprisoned 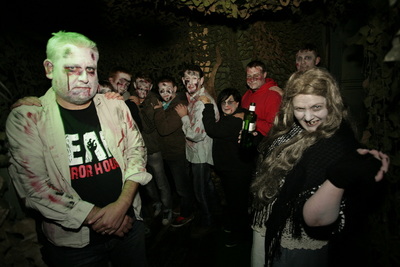 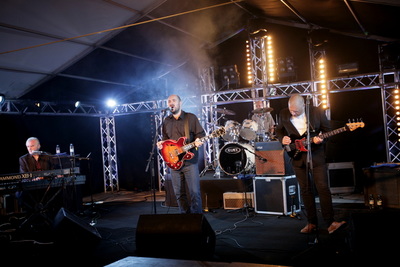 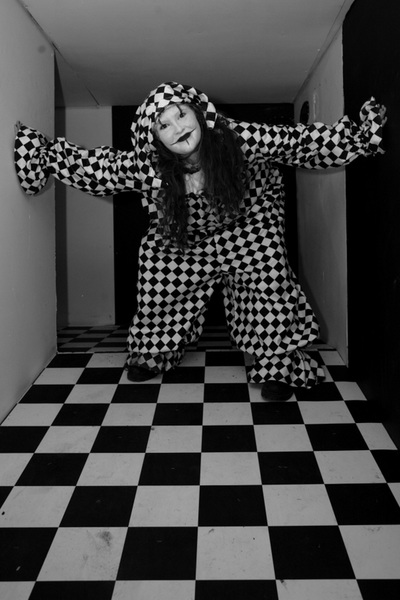 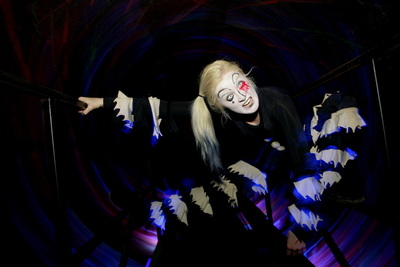 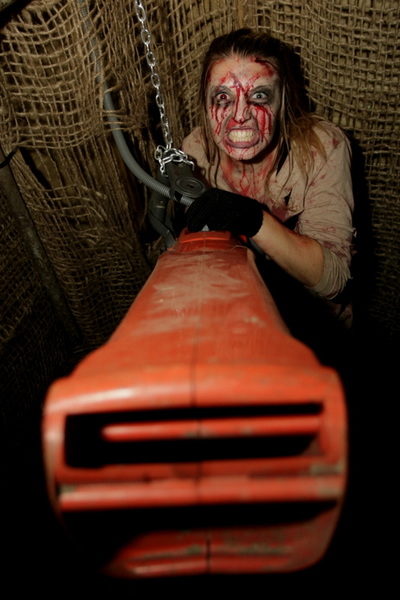 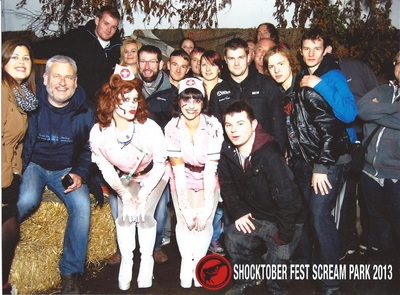