The Beast by Emergency Exit Games

Since playing The Exorcist at the start of the first lockdown last year, we had been planning to make the journey to Stockport to try out the remaining rooms by Emergency Exit and play them in the flesh. But of course multiple restrictions and further lockdowns, meant that we weren't able to physically get to the venue. Fortunately for us, the team have been working on all their rooms and have been plussing them even more, to add features and tricks that wouldn't be possible in a live room.

Set in the same universe as The Exorcist, The Beast continues the story and saw us exploring an abandoned rectory. The set design alongside the flickering lights and strange sounds created a spooky atmosphere that fitted the story perfectly. Tied up with the paranormal activity in the room, our nerves were on the edge from the start!

The tension is suitably ramped up by the use of cut scenes throughout the 90 minute experience, that really help move the story along. The transitions between the different scenes are flawlessly executed and added some great shock moments, including a number of very powerful jump scares. This technology coupled with the impressive characterization from the main host - made for a totally convincing experience that had us all cowering in the dark (yes we were invited to sit in the dark to play this game and through some fun interaction through other devices - we were sucked into the game play from the start.)

Of course, tricks like this, and even the real fire effects in the room, would be nothing if it wasn't for the totally engaging and  interesting gameplay. Each discovery or clue solved was like a small revelation, and the range of different puzzles to solve kept us on our toes throughout, with nothing being overly complicated, but certainly vexing enough to test us and hinder our progress at times.

We must again congratulate Ronnie our host, who managed to keep up with our rapid fire commands (it's never easy being a live avatar in an escape room) and we certainly had him exploring unusual places that we probably would have been too scared to enter ourselves if we were playing this game physically. His banter and comic timing throughout the experience really added to the enjoyment, especially when several of us went to get a drinks top up and he was taunting us for drinking at home whilst he was risking his life!

Just like the previous game,  we absolutely loved The Beast. If you are looking for an online escape room then this provides the perfect mix of humour and horror, that had has us laughing and screaming throughout! Well done to everyone involved. 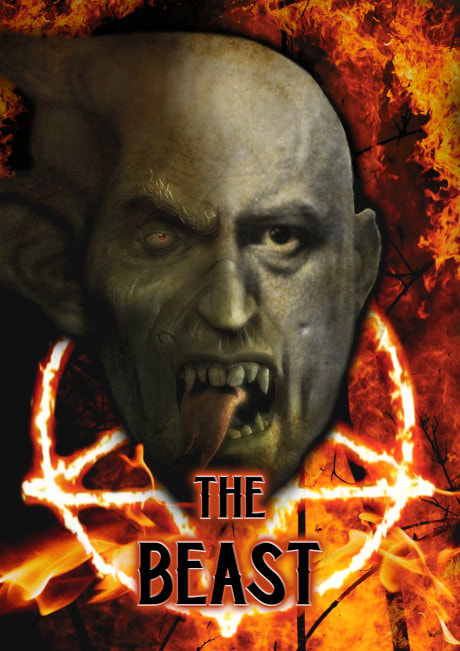 Since their debut a couple of years back, the team at Emergency Exit have been steadily growing their portfolio of horror themed rooms. Ironically, 2020 was planned to be their biggest year yet with their ambitious new Conjure room, but then Coronavirus hit. After being forced to close, the team looked to see what they could do "virtually", and this week saw the launch of a virtual version of Exorcist.

Our first clue that this was different to other virtual escape room experiences was that our "host" was a fully realised character, who was being filmed by a third party cameraman. This gave us the chance to see him properly and watch the action evolve around him. The best way to describe it would be like watching an episode of Most Haunted, yet being able to send Yyvette Fielding straight towards the ghost in the Haunted cellar!

And of course - we submitted our investigator to all manner of indignities - "climb through there", "stick your hand in there" ete. But instead of just being compliant - our host was constantly cheeky and answered back, pretending to be scared etc. It was a perfect dynamic, and his believability made the whole room more immersive and scary than we had expected.

The room itself contained a number of fun puzzles and locks, and our poor host was pushed from pillar to post as we investigated everything and progressed through the game. What really impressed us were the filmed segments that played an important part of the storytelling and the problem solving. Two of our team said afterwards  "that priest looked like Mickey from Shameless." They were a bit taken aback when they found out that it was actually him! Actors Cairan Griffiths from Shameless and David Mclelland from Broken, add a professional quality to the well produced clips. Also we need to mention that these were streamed directly into the conference call as opposed to us watching them through a camera filming a screen. This made the presentation and audio clearer to see and hear.

As you would expect from any Exorcism themed room, there were some genuine moments of fear and tension, and it was truly amazing how that was still palpable when playing via Zoom! Everything about this room oozed creepy realness and it would have been incredible to be locked in the room physically - especially as the set deign and dressing was completely immersive. Even as we solved the final puzzle and our host was making his way out with under 2 minutes spare, there was one last twist that has left us waiting for the live games to open up again, as we can't wait to play the rest of the games in this shared horror universe.

All in - we couldn't fault anything about this game, the sets, atmosphere, puzzles, story, and the amazing host, all added up to an incredible experience. Well done to all involved!!