Don't Play with Dead Things is a new online experience from the twisted mind of Jeremy Linnell. Supported by Chapter, a registered charity that focusses on a diverse range of theatrical and online performances, the show is billed as a "groundbreaking democratic horror show that stitches together theatre and livestream gaming"

The escape room type show can be enjoyed as a voyeur only, but of course we elected for a full player role, gleefully taking part in some of the dark and twisted activities. After a welcome speech and an ice breaker from our "delightful" host - the Necrotic Narrator, we were given full control of a brainless husk. This character would do WHATEVER we asked them to (and we have stressed the word "whatever" as sometimes the team were left in shock as to some of the things we actually got the poor Husk to do!)

What soon became clear as we were playing is that the there is a large team running and operating this experience (see cast list below) as it cleverly links pre-recorded elements, triggers effects and in some cases, reacts and changes the room according to specific problems we had solved or actions we had completed. Some of these tricks and effect were stunningly original and every member of our team were surprised as some of the more unusual things happened.

Of course we were hampered all the way through by the tauntings and abuse of the narrator, but this all added to the fun of the game. We really cant give anything away as to the ending but we "think" we escaped within the time, and as the screen faded to darkness we were left to ponder what we had just actually experienced!

So all in - we had an absolute blast playing Don't Play with Dead Things and were impressed with the incredible mix of horror. humour gore and bad taste. It really is something that should be experienced in a darkened room, knowing nothing beforehand.  . The show runs until Sunday  and at only a fiver for a ticket, it really is incredible value for money. If you don't want to miss out - book it now before it sells out! 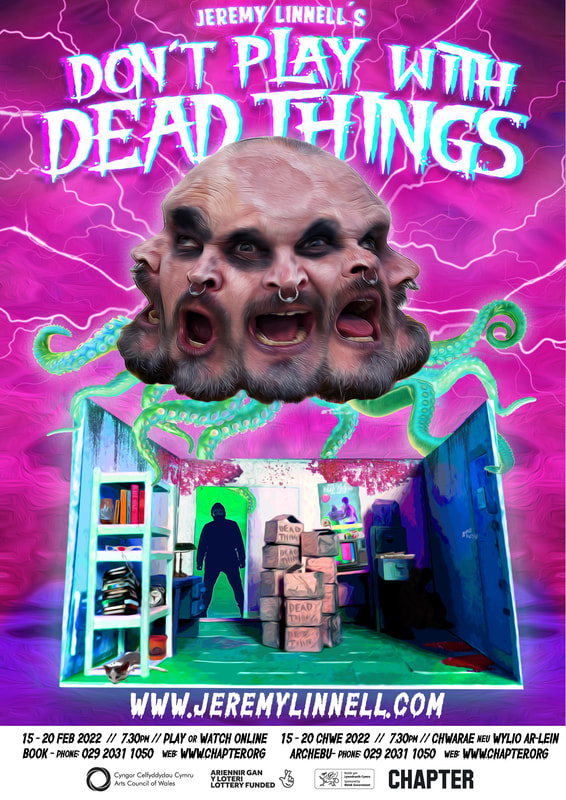