The Amsterdam Catacombs has long been recognised as one of the scariest escape rooms in the World, so as soon as we knew they were offering virtual "play at home" experiences during lockdown, we knew we had to book in.

The thing that is so unique about this game, is that it actually tales place in the catacombs of the iconic Posthoorn Church in the the centre of Amsterdam. At the start time our host gave us a great introduction to the game and the show by walking us through the streets of the City so we got a real feel for the building and its environs. The opening cheery start soon gave way to a sense of foreboding as we entered the chapel vaults and our experience started properly.

At the start, the game play seemed quite natural, but it was clear that events were taking a much darker turn as more and more secrets and rooms were revealed. Like many other virtual games - we had control of a human avatar - the very jovial Jop, who we often submitted to torturous situations. Small dark tunnel to climb through? "in you go Jop!" Open coffin in the middle of the room? "get in and shut the lid please Jop!" The nature of his presentation and the complaints and swear words were exactly as if we were asking someone to put themselves in danger. Instead of just being a pair of hands and a camera for us - He really was a part of the game and enhanced our play tenfold.

All through the game we had lots of sudden noises, and things moving, and although not as scary when watching through a PC screen - would have had us screaming in fear if we had physically been in the catacombs themselves. Also , there is a lot of searching throughout the rooms but the team have handled this well with the games master subtly leading us to areas without it feeling like we have been lead and without us having to say "look in that drawer, look behind that book" etc etc

The physical puzzles and games throughout started easy but soon descended into some quite complex ones and the host gave us guidance if we needed to write things down to help us progress. As you would have expected for a horror themed game, the situation we found ourselves in started to get steadily worse, and before long we (our our games master) were avoiding evil spirits, casting spells and sending the very present demons back to hell. It was very tense stuff watching in a darkened room and would have been heart stoppingly terrifying if we were in the room itself!

We do need to quickly mention the tech used for this game which relied on Microsoft Teams for communication coupled with a live video stream on Facebook. Unfortunately there were some time delay issues between the two pieces of software, so we had to make sure we stayed on mute as much as we could to stop a feedback loop as the audio from the video was being picked and replayed out of sync! We also had a full video drop just at the climactic battle, but that just comes with the territory when doing anything online, and the team got us back online pretty swiftly.

So anyway - despite the technical issues, we managed to save our host and get out the room safely with a minute or so to spare. We're so glad we had the opportunity to play this incredible game and would definitely recommend it to horror and escape room fans alike. In fact - even though we know the way to escape - we would still consider playing this again "live" next time we are in Amsterdam so we can really soak up all the atmosphere and scares of this incredibly detailed and immersive game! 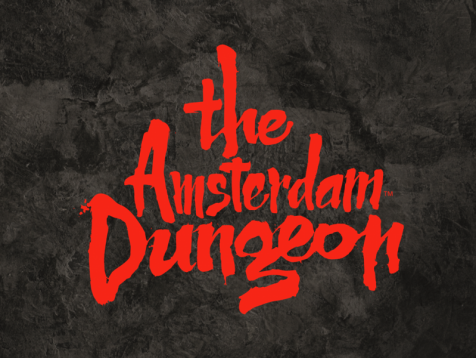