The Dungeon brand is synonymous globally with humorous horror that never takes itself seriously whilst poking fun at some of the darker moments in history. But having visited nearly all of the attractions over the last few years, it soon becomes clear that certain show styles and stories get repeated. In fact, when the most recent UK Dungeon opened in Blackpool we accurately predicted what each show would contain, months before we had even set foot inside. So using our Dungeon knowledge and the little information provided so far, lets see how accurate we are for Alton Towers Dungeon.

First off - it has now been officially confirmed that the Dungeon is being built in the old Charlie and the Chocolate Factory building behind the main towers building. Yes it's disappointing that the attraction isn't within the actual Towers itself, but this is because this building already contains several ride mechanisms that could be used on the ride itself (more on these later). We now also have some basic descriptions of the 6 elements we can expect with the attraction. 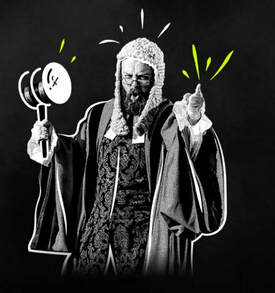 ​FUN! THRILLS! LAUGHTER! All unforgivable in the eyes of the puritanical Justice of the Peace, the bombastic Bishop of Stafford! Take the stand in his courtroom and plead your case. In fact… it doesn’t matter, you are all peasants! GUILTY!

Anyone who has been through any Dungeon anywhere will know this standard scene. It's a good start to the experience, as it will set up the fact that we have all been condemned to death. It will be interesting to see if the same jokes and characters are recycled or whether we may see some localised history introduced for this version. 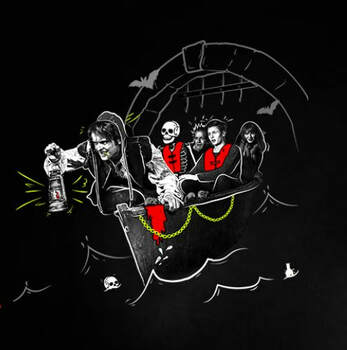 ​You are guilty! So you are going on a little trip down the black river beneath Alton Towers. Step into the boat and take in the sights and… errr… smells of the Alton Towers Dungeons. Say hi to some of the Dungeons residents… don’t worry if they don’t wave… they’re a little tied up!

So the boat ride is clearly going to be use the same mechanics as Charlie and The Chocolate Factory/Toyland Tours. The slow moving flume ride doesn't have a surprise drop (like the London version) but should be a fairly long ride in comparison if it follows the same route. Hopefully there will be some surprises in the darkness such as can be found on the Galloway Boat Ride in Edinburgh. 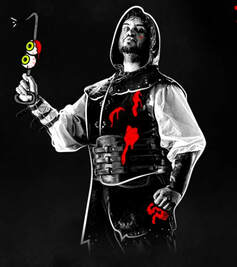 ​He has ways of making you talk… he has even more ways to make you SHUT UP! Take a seat in the Torturers chair and come face to face… or red hot poker to nostril with all the Torturers favourite devices. You’ll be screaming with laughter in no time at all.

Again - if you have been to any Dungeon attraction, you will have experienced this show before. We hope they create a slightly different script or use some different torture instruments as we have heard the "chappy chopper" joke far too many times for it to be funny any more! 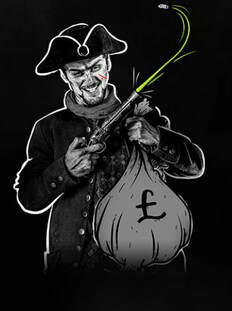 ​The most desperate, dashing and despicable highwayman needs hideouts all over the country. Who would have thought one would have been round the corner from Alton Towers? Pull up a chair and meet the friendly owners of the Welsh Harp Inn, nothing is TOO MUCH TROUBLE! You never know… Dick Turpin might just shoot by!

In York Dungeon, the Highwayman show uses a ride mechanism to simulate a carriage being held up by Dick Turpin, but this description implies something more akin to the Ten Bells pub at London Dungeon, with a sudden dramatic appearance by Dick Turpin out of the darkness. It's our favourite scene in London, so should be create a good atmosphere with some fun scares. 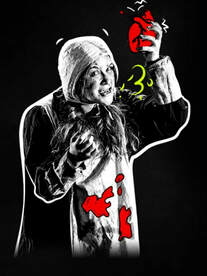 ​For those of you who want to get knee deep… or even up to the elbows in the past, let me introduce you to the Plague Doctor. Gather round as we get to the GUTS of the bubonic plague, you could even get hands on! No experience necessary… must have a strong stomach!

Another standard show, which is likely to follow the script we've seen at just about every other Dungeon. Expect to "pull out the bits" and don't forget to look out for those leeches - they ALWAYS manage to escape! 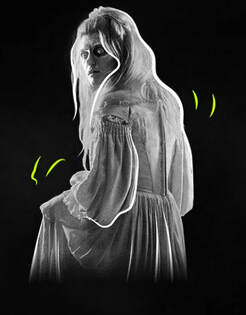 ​Take shelter from the storm in an abandoned cottage. Have you wondered why the cottage is abandoned? What dark and terrible story can these walls tell? Don’t stay for too long… you never know who might appear out of the darkness!

The final show is probably the most mysterious as this could be another Jack the Ripper type experience or more likely, an effects and scare related scene such as Witches of Warwick at the Castle Dunegon. The fact it is using the same image as Murder on the Zeedijk in Amsterdam and The White Lady in Berlin, leads us to believe this will be a scary finale with sudden actor appearances and some good scares
So there we have it - until the attraction opens for the season, these are only our predictions of what the Dungeon might contain. What is very clear is that none of these shows would appear to use the lift mechanism from Charlie and the Chocloate Factory, but we could still be surprised. The Dungeon's brand do have a habit of swapping round attractions and hosting seasonal shows, so it will be interesting to see if Alton Towers are include in this rota in the future. Sadly the Castle Dungeon in Warwick has only ever had one upgrade (when they added the Witches finale a year after opening), but do also promise "scarier" versions during their Halloween event. Whether we see the Alton Towers Dungeon follow suit for Scarefest remains to be seen.

Have you experienced any of the Dungeon attractions globally? - tell us what you thought here