The gang at the London Bridge Experience always know how to bring the scares, and for Halloween 2019 they have pulled out all the stops to present Phobophobia – London’s ultimate scare event. Based at their permanent exhibition location directly opposite London Bridge tube, the team have created a truly terrifying event intended to scare the crap out of adults throughout the Halloween period. Featuring a cast of freaks including clowns, zombies and murderous hillbillies, there is something for everyone to scream at. After being introduced to the event by two characters holding live snakes, we were lead through to partake in a scary séance in an attempt to contact Jack the Ripper’s final victim. These interactions really set the scene for the spooky experience to follow, as our group was marched single file through a maze containing aspects of everyone’s worst nightmares.

The LBE event combines live actors with exceptional lighting and sound effects, including a moving walkway within a tunnel illuminated by a swirling lightshow, which was both exciting and nauseating. Other stand-out elements included pitch-black corridors lined with inflatable walls which we had to squeeze our way along – definitely a challenge for anyone with even the mildest case of claustrophobia! The jumps and chases were supplied by chainsaw-wielding maniacs and a multitude of bloodied creatures at every twist and turn of the well-designed maze.

As we escaped, the ScareTOUR team were invited to meet some of the cast, including the live snakes, and to enjoy the Halloween special at Creams, the on-site ice cream parlour. This came in the form of the Scorpion Challenge – a delicious strawberry and vanilla sundae garnished with real scorpions. This was the perfect way to end our visit, and ensured we will never forget our 2019 Halloween visit.
​
5 screams out of 5 (plus an extra scream for the ice cream) 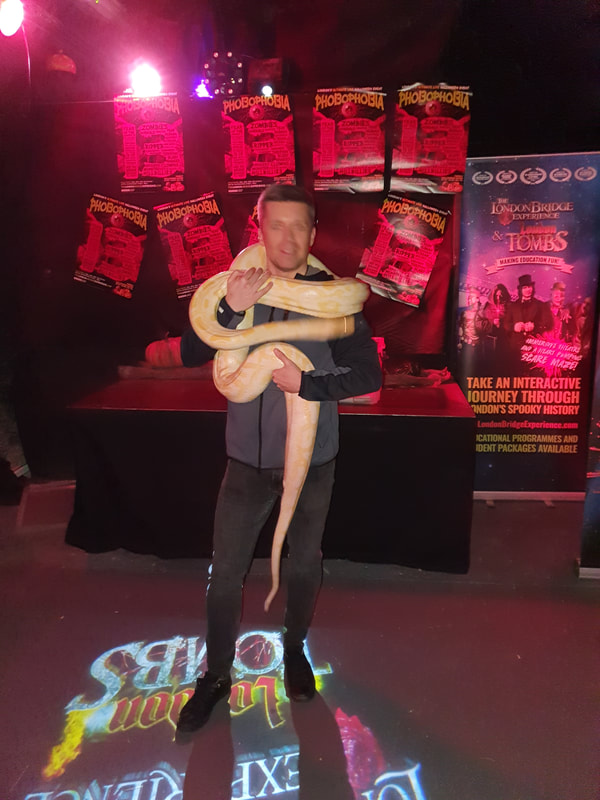 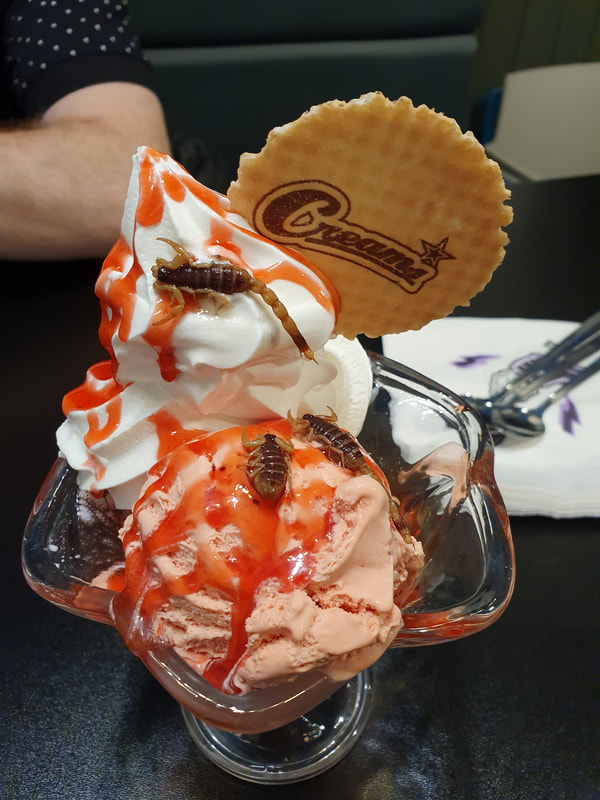 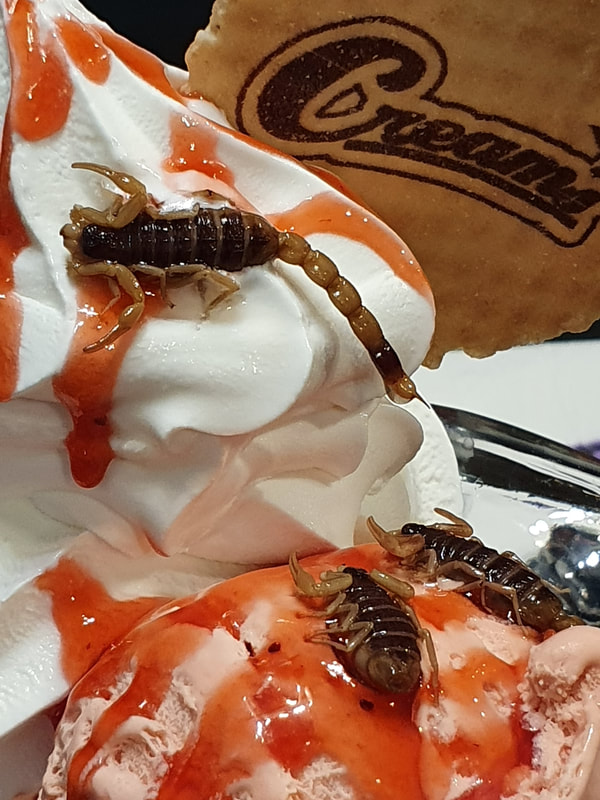 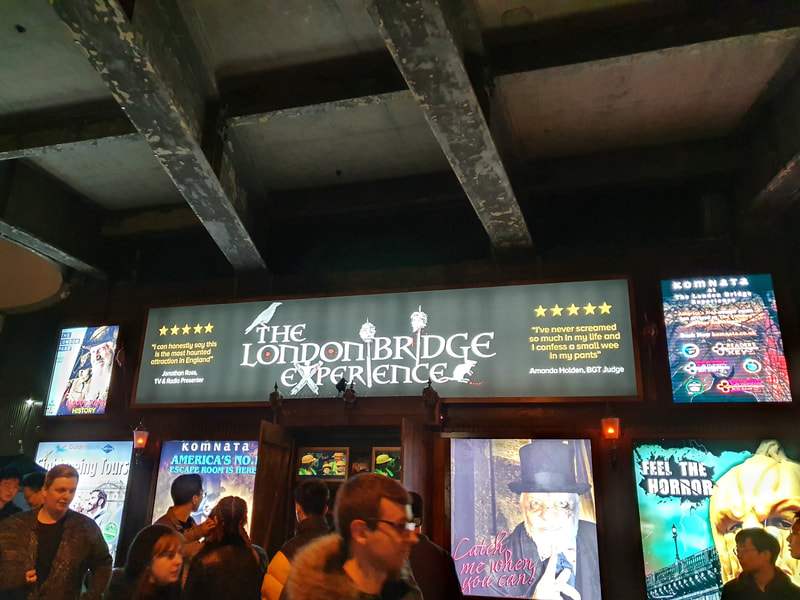 Over the years, we have experienced a number of crazy stories in the Halloween event, but this year the Hillbillies have returned in A Hillbilly Halloween. This has given the LBE the opportunity to start the show with a great opening gag – as we were led into the well-appointed study we were startled to come face to face with the POTUS himself – Donald Trump!

This scene added some great humour and gave us a laugh before venturing deeper into the attraction to meet the inhabitants. The hillbillies themselves had clearly taken over the venue and played out many crazy scenes involving lots of gun-wielding yokels tormenting us, all ending up in another shotgun wedding!. The scare style throughout, was quite aggressive to the guests with some very strong language and audience participation at points. It is weird, but even knowing they were actors and that the gun was not real, it was still terrifying having a pistol forced into our mouth and the trigger pulled!

As before – without the big stories and educational set pieces, the top half of the show soon flew by and it was not long before we were heading downstairs into the Tombs, which was populated with actors throughout, keeping the scare intensity to a high level.

The only real change to the Tombs itself came in the final butchers room that has now been replaced by the relocated gift shop.  This has been done to make room upstairs for their new Creams ice cream parlour. Taking of which, for Halloween they were offering an amazing ice cream sundae that featured dried scorpions. It sounded disgusting but of course, we tried it, and it was delicious.

All in, we had a great time at Phobophobia 2018. The attraction has a great mix of laughs and intense scares and it was great to relax with an ice cream after screaming our way round.

Here at ScareTOUR we’re no strangers to The London Bridge Experience & The Tombs, and so we were very excited to be invited to preview their Halloween event Phobophobia: The Night Terrors.

On arrival we were greeted by an extremely creepy gentleman that was keen on getting ‘up close and personal to us’ he prompted us to follow him to check in and then passed us on to an extremely lively girl in a bed, unfortunately the poor girl dropped her teddy bear and we were prompted to give her the bear back, we did so reluctantly and were surprised to feel the bear hit us as she threw it back at us! We gave the bear back and were quickly ushered into the attraction where we met a lively staff member that was determined to check we were completely sure we wanted to enter, We have to say, the whole experience of arriving before even entering was second to none, There is such a creepy atmosphere to entering LBE & The Tombs and when it comes to Halloween, they pull out all of the stops to make you feel unwanted, in the best way possible of course!

To give some background, The London Bridge Experience normally operates with the top floor as a more educational experience following the history and dark past of London, but at Halloween, they transform the top floor into an added scare attraction similar to The Tombs.

We’ve never felt such unease walking into an attraction, with the amazing performance during the introduction of the event, we entered the attraction wondering what they could pull out of the bag to scare us this time and boy did we not expect what was to come! We immediately entered the first room to an extremely impressive scare that made us question how it was performed, You have to see it yourself to understand quite how outstanding it was and the scares didn’t end there, We were made to crawl through a corridor with teddy bears and bloody cloths surrounding us, enter a padded cell with a maniac inside and witness the birth of a grown man, each scene and room we walked into was full of intense actors and brilliant effects, it’s incredible how the attraction can change from such an educational experience to such a creepy and dark atmosphere with just a few scene changes and extra actors.
​
One of the rooms contained a scare that really made our team scream and run for the walls to escape it, It’s not often that we’re attacked by an actor from a direction we really didn’t expect and it actually made us really nervous for the rest of the attraction.
With such a variety of scenes in the attraction it’s impossible not to applaud the teams dedication to making sure that there is something to scare everyone, including an extremely creepy ‘gentleman’ that was very keen on trapping one of our team in a cage because she was a “little brat” and didn’t want to accept his “treat”, the rest of the attraction continued with beautifully detailed scenes and a very intense experience that caused another of our team to have a dental instrument shoved into their mouth, intense but wonderfully unexpected!

Once the main attraction has finished, you continue to head into The Tombs, though they haven’t changed much for Halloween the intensity within is of such a high level! Massive credit goes to the extremely lively actors within the attraction that were determined to scare every single member of our group! It’s safe to say that The London Bridge Experience has once again brought the incredible experience they are known for and we would definitely recommend visiting this Halloween if you want to be scared senseless! 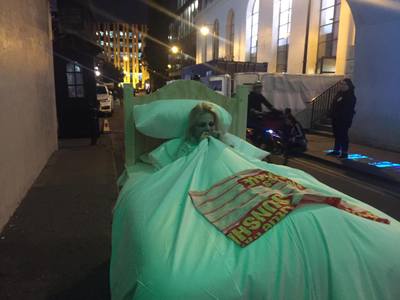 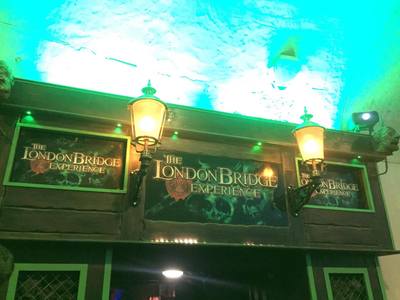 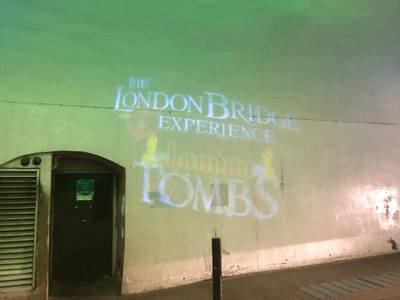 Every Halloween, The London Bridge Experience gets a seasonal makeover as the extreme Phobophobia event takes over both upstairs and downstairs at London's scariest venue. In the past we have been married at gun point to a (male) bride in a dress, and abused a year later, by our alleged monkey boy offsrping (if it sounds weird -just read out last review)

This year's theme is called The Ventroliquist Nightmare, and tells the story of a crazed scientist who is experimenting with creating human puppets. As such, a strong part of this years experience is the presence of strings, and one long dark section had us fighting through a twisted maze of tightly packed ropes, while trying to escape from the noise and the actors around us!

We also encountered a number of live puppet characters along the way, who attacked mercilessly and goaded us as we plunged deeper into the chaos, passing from room to room. We must also mention the incredible strobe room filled with mannequins (and a live actor or two!). For such a simple effect, our route through this room was nerve racking, as it appeared that the mannequins were moving in the strobes, and with the actors attacking at the same time it was genuinely terrifying!

As usual - the path soon leads down into the Tombs and the show continues as per the standard tour including the pallet maze, the big squeeze and a cornucopia of evil characters just waiting to pounce. It's always a terrifying experience and is a perfect ending to the whole Phobophobia experience.

Compared to the last couple of years, The Ventriloquist nightmare was a little more theatrical than the hands on nature of the freaks, but still provided a great scary experience that had us on edge from beginning to end! 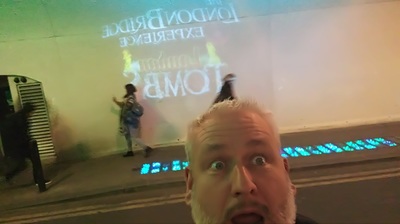 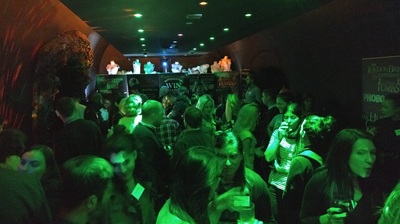 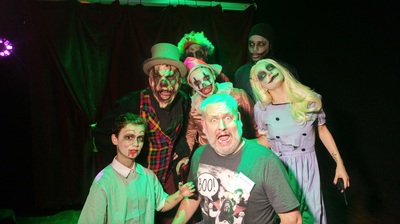 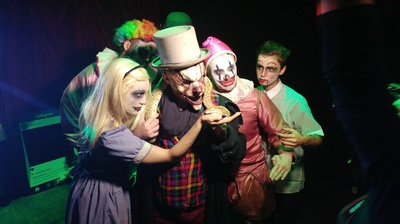 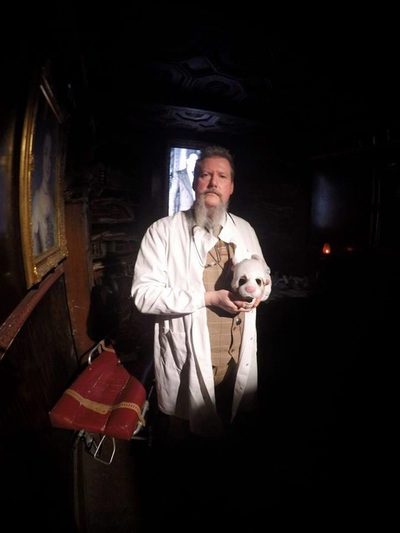 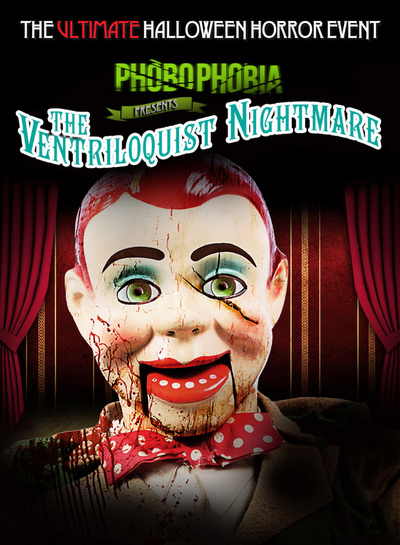 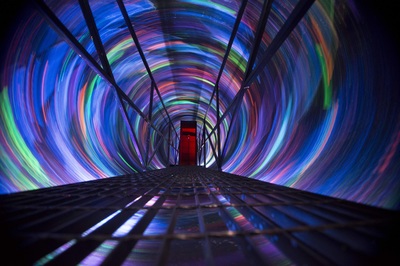 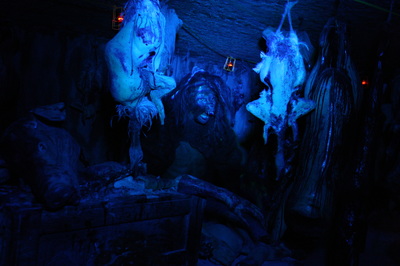 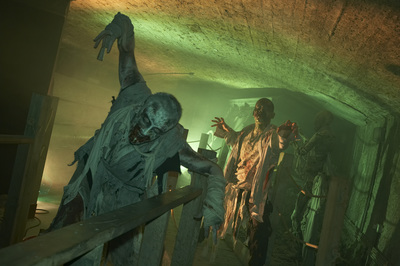 Mildly scary - I found it was not as scary as last year, not by a mile!. Not enough actors, which for me reduced the scare factor. For instance both the clown rooms and the childrens room did not appear to have anyone in it, in the meat room was just one guy. Compare this to last year were there were child actors, clowns, bride, butchers, surgeons, zombies etc. Thus interaction was very minimal as understably actors were sparse. I was a bit disappointed tbh.