Nightmare Realm has returned to the RDS in Dublin for a new show entitled The Devils Crossroads. As part of this storyline, there are three individual mazes that are taken one after the other in turn.

Upon entering the experience, we were greeted by a loud and rambunctious event arena filled with live actors, pumping rock music and a small stage area. The atmosphere is electric and even on the quiet Wednesday night we visited, there was a real buzz in the air as guests lined up to start their tour of the houses.

Paired up with a group of screaming girls, we entered Snuffhouse86 and immediately we were blown away by the level of theming. We had to ask the owners afterwards to confirm that these were in fact temporary Halloween builds and not year round permanent sets. Everything from the walls to the props were beautifully themed and totally believable as the different rooms they were meant to be. Across the site we visited houses, caves, boiler rooms and tunnels and the sets really add to the stories being told.

Of course, a maze can look beautiful, but the scares come mostly from the actors, and we must commend everyone at the Realm for the enthusiasm and passion with which they scared us with. None of the mazes had any blind spots and all the actors were as aggressive and "in your face" as they could get (allowing for the no touching rules). There really was no let-up from beginning to end.

One of the most unique things was the use of "interactive" rooms, which are little side experiences that your group may or may not be pulled into. These little scripted sections provided some of the biggest scares of the night with some quality effects and tricks that genuinely left us screaming. "Fortunately" for us, we had an icon character follow us through each maze, and so she directed us to every single interactive room so we got to experience them all. We think the operators just liked watching us scream, as they showed us the CCTV footage afterwards and it was so funny to watch back (even if we hated every moment of it at the time!)

All in - we were blown away by every part of Nightmare Realm. The sets  and actors were all on top form and the roaming characters were great fun. Our only issue? Due to the licensing rules of the venue there is no area to rest afterwards and stop for a drink or a bite to eat. It would have been great to be able to sit back and just watch people come out. But, as we say, that is just a logistics issue and has no reflection on the quality of the scare event itself. 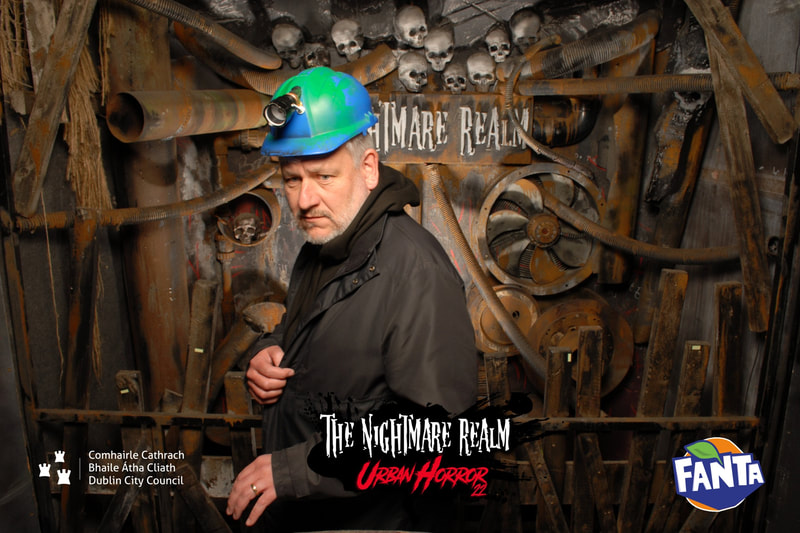 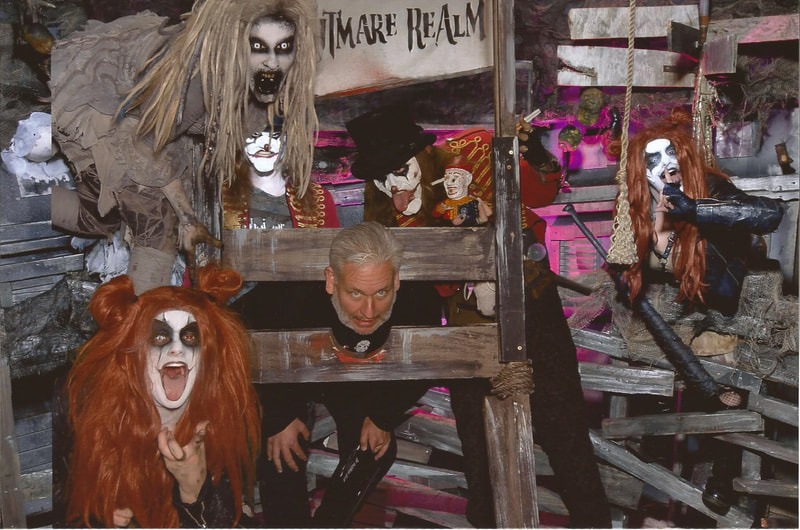 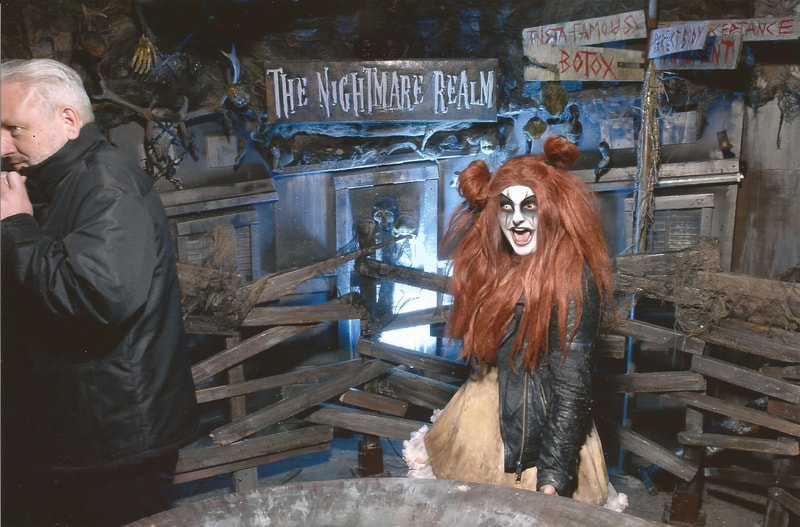