Picture this, it’s the middle of April and the UK has been in a national lockdown due to the Coronavirus pandemic since late in 2020.  Under the Government’s roadmap to get the country out of this situation, a four-stage plan was announced with outdoor venues and pubs able to open from April 12th. So surely no-one would be mad enough to run an event just 4 days into the new restrictions? Would anyone even turn up? Well this was a gamble that Fear Fields Psychopath were willing to take.

Originally designed as a full scream park event for Halloween 2020, Scream Fields ended up getting cut back to a drive thru called Fear Fields. The event was so successful that it remained open longer than planned and migrated into a walk-through experience. Originally planned to return for Valentines, the team were forced to reschedule again, and instead of playing things safe – decided to open for the first weekend they legally could!

Well it appears that the gamble paid off, as upon arrival at the scenic location in North Yorkshire, we were greeted by a long queue of excited guests, all ready to make the most of the chance to be outside their houses and actually doing something.
Once through the main gate, we entered a main courtyard that was home to the café, toilets, a photo opportunity and roaming characters. In one corner an organized batching system was in place and we were swiftly allocated a group. After a short wait with the roaming characters” entertaining” us we were sent on our way in a group of about 10.

Our tour started as we walked through the Fear Fields archway into a smog filled tunnel with an introductory video playing on one wall. This was a perfect start to the experience and really got us in the mood for the long walk ahead. From here on in, we passed through multiple different scenes, meeting several creepy and scary characters along the way. There was no overriding narrative to any of the experiences, with each of the disparate scenes separated by short walks through the countryside and or past the animal exhibits. We felt sorry for the poor goats who got excited every time a group went passed as they hoped for some food!

So, along the way we experienced killer clowns, clairvoyants, zombies, deranged nurses and so much more. Each area was decorated with some theming or tent/marquee structures to help tell the story. Being only a 2-day pop up event, the sets and scenes weren’t the most elaborate we have seen but served their purpose and created a setting for the lively actors to bounce off.

Probably more impressive was the detailed lighting and sound at each of the scenes. As we walked through the dark towards each area there was a sense of anticipation as to what was ahead of us each time.

One thing we particularly liked was the cheeky nature of the actors throughout. The clowns kept taunting us that they had matched with us on dating apps earlier that day, and the clairvoyant was the foulest mouthed psychic we have ever met. Being an outdoor event, and keeping social distancing, it wasn’t always possible for actors to get jump scares, but their characterisations made each experience just as enjoyable.

And then just when we had got used to the external nature of the event – we were led into the Slaughterhouse for an intense strobe finale that had us struggling to find our way out. Utilising an open sided tent with Heras fencing, crazy lighting and very dense fog, we were teased and taunted mercilessly throughout this final scene with the occasional roar of a rumbling chainsaw somewhere in the fog!

We would like to say well done to everyone at DWO events and Thornton Hall Country Park for putting on such a fun event. We genuinely had a great time at Fear Fields and were so happy to experience some scare entertainment after the long drought over the winter. For a 2-day pop up event, the team have some impressive ideas and infrastructure behind them, and we can’t wait to visit at Halloween for the full scream park experience. 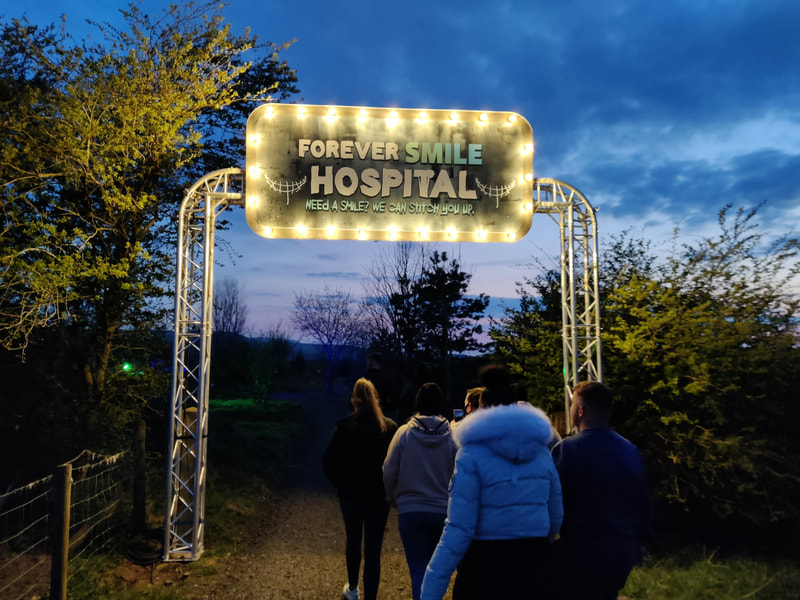 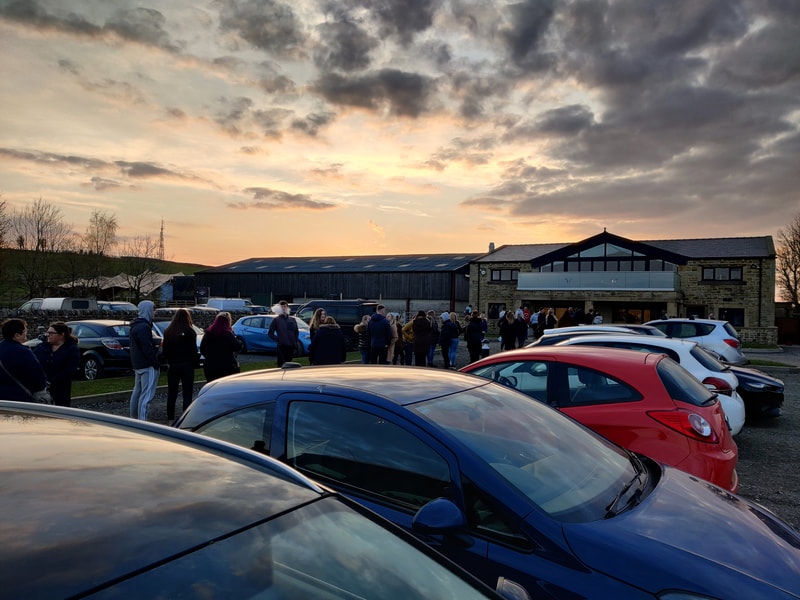 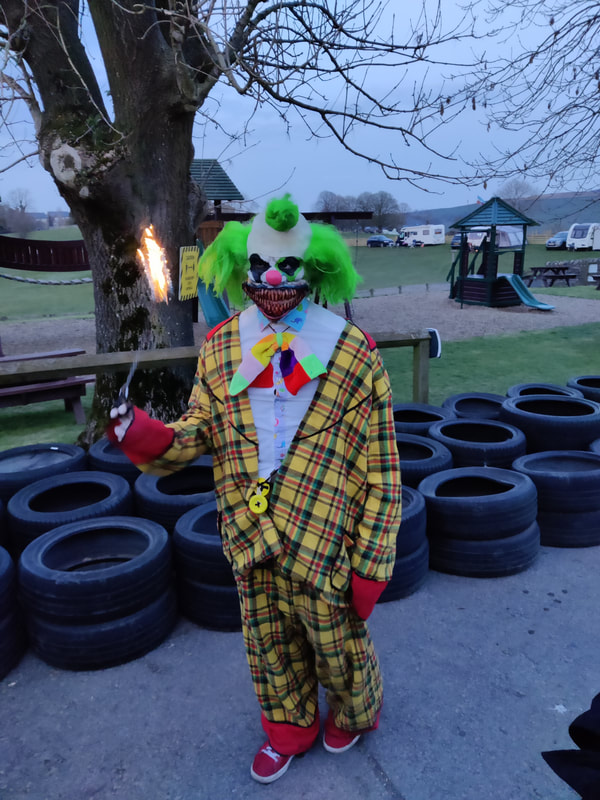 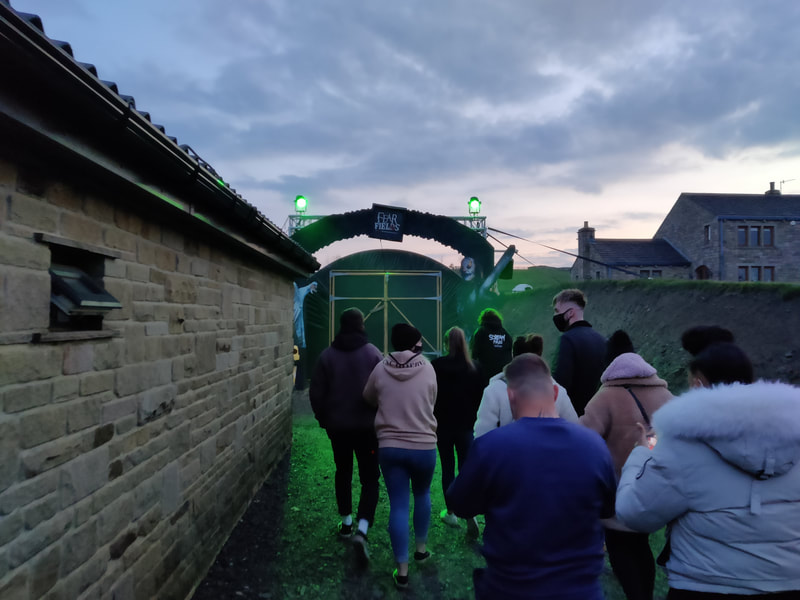 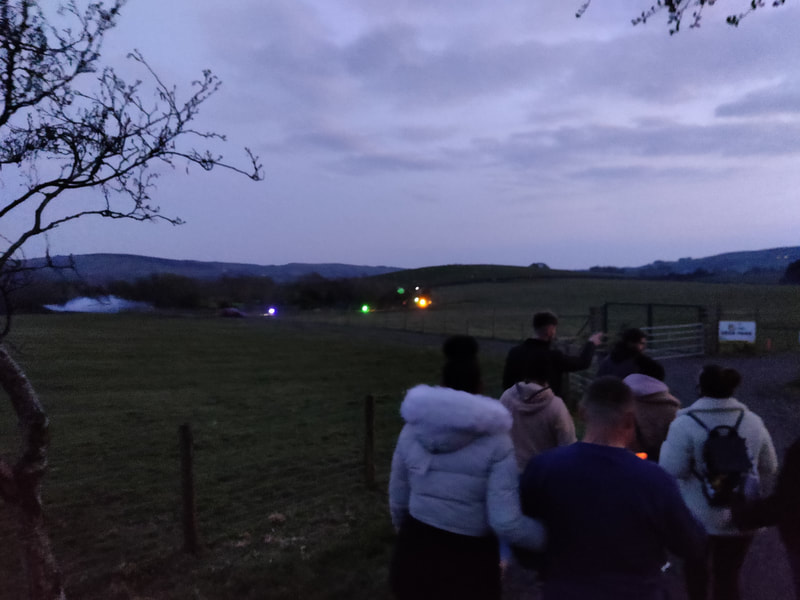 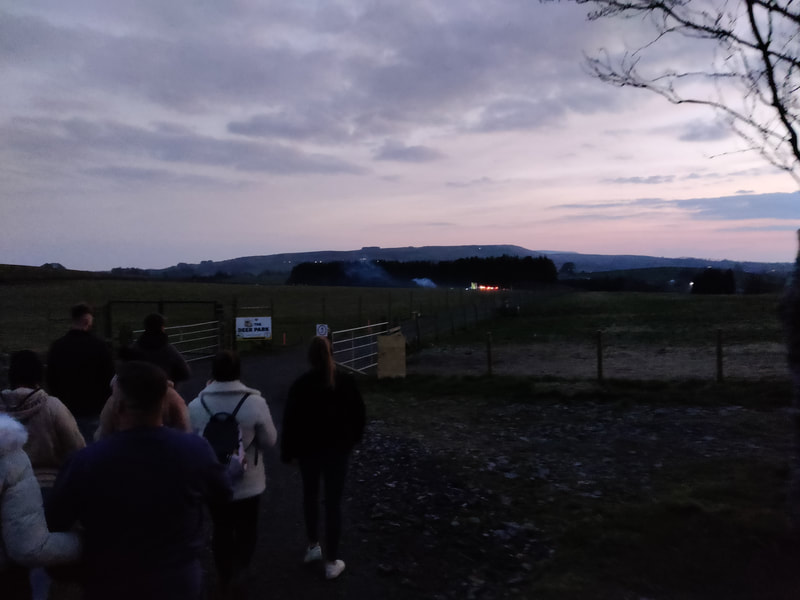 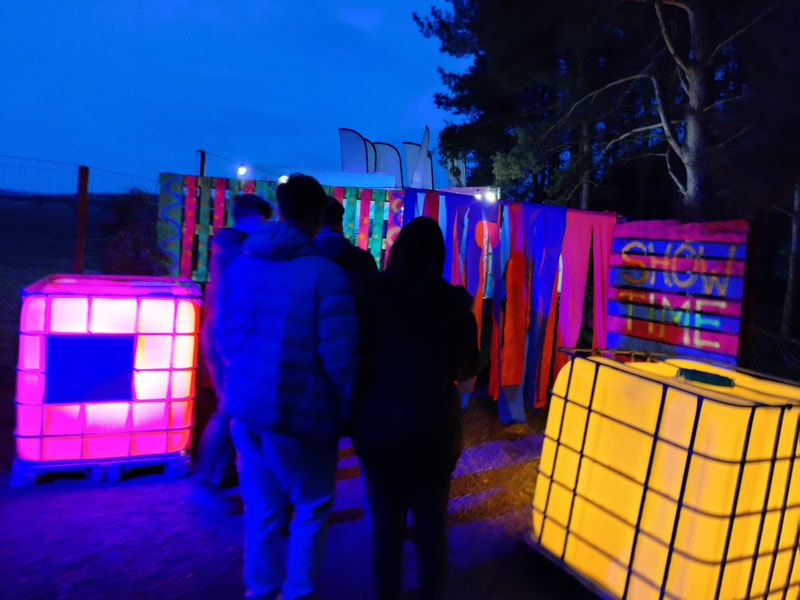 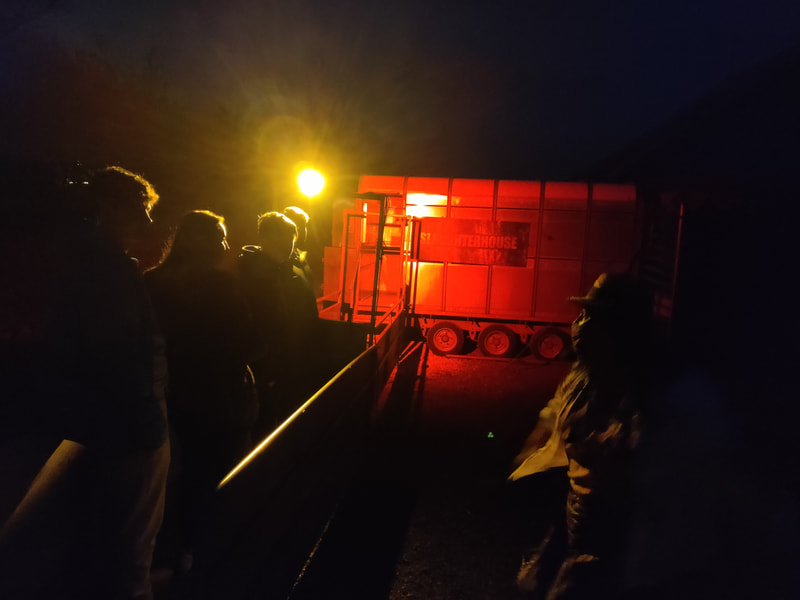 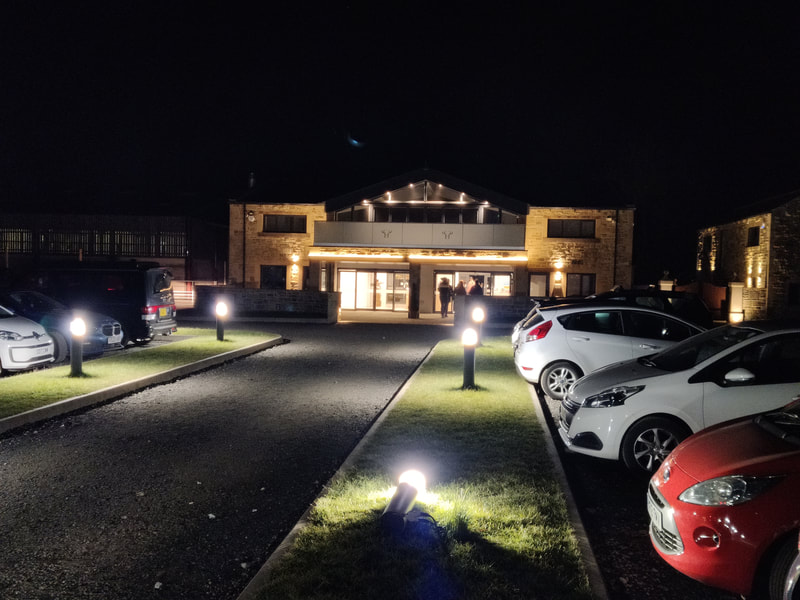 Located at Thornton Hall Country Park, near Skipton in North Yorkshire, Fear Fields, was a new drive thru scare experience, which replaced the Scream Fields scream park which had to be cancelled due to Coronavirus. As a first year event, the team behind the event should be proud of what they achieved, as it was one of the strongest things this reviewer has done all year!

Obviously we shall start off with the safety of the event, due to the UK currently being in unprecedented times.  All guests are in their cars for the entirety of the event, which meant that there was no chance of getting close to the actors. For the whole 45 minutes of the experience, we felt totally safe whilst being totally terrified for completely different reasons! Despite the long drive to get there, it really was good value for money!

The event had clearly been well planned and we could see how much thought had gone into the setup of the route around the venue, including the entrance and exit to the event. Whilst waiting to be dispatched into the pre-show, we were attacked by a couple of zombies, which was a great build up to the start of the event! The actors were cowering around the car, even when we were showing our entry tickets to the staff!

From there, we drove into a hugely themed tent, where there were lights, mist and sound effects. They all turned off after a couple of minutes and we were made to watch a short video preview on a large screen of what was going to happen during the drive thru. It really set the scene for what we were about to experience. Once directed, we drove out of the tent and onto our first real scene (of a total of about 7). Each individual scene was heavily decorated with different horror themes, such as a graveyard, a hospital, and a circus.

The acting quality in each of these themed areas were absolutely fantastic. Some were aggressive, which is what many scare enthusiasts appreciate, but other actors were tamer and more unnerving. This was great, as it showed the diversity in the style of scares and performance. Even so, we got a lot of jump scares throughout the event, which we think is the fear of being trapped in your car and having nowhere to go to get away!

Overall, we had a great time at Fear Fields. It is very different to most scare attractions and as such made for a great evening's entertainment. If you’re a scare enthusiast or a fan of horror, then you’ll absolutely adore the event. We can only see it getting bigger and better - make sure you book yourself a ticket in 2021! 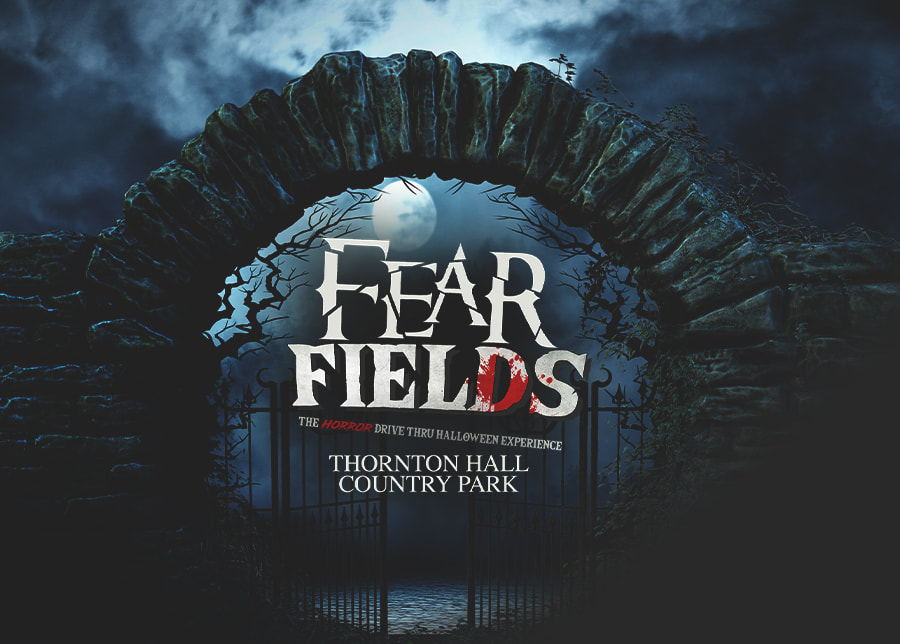 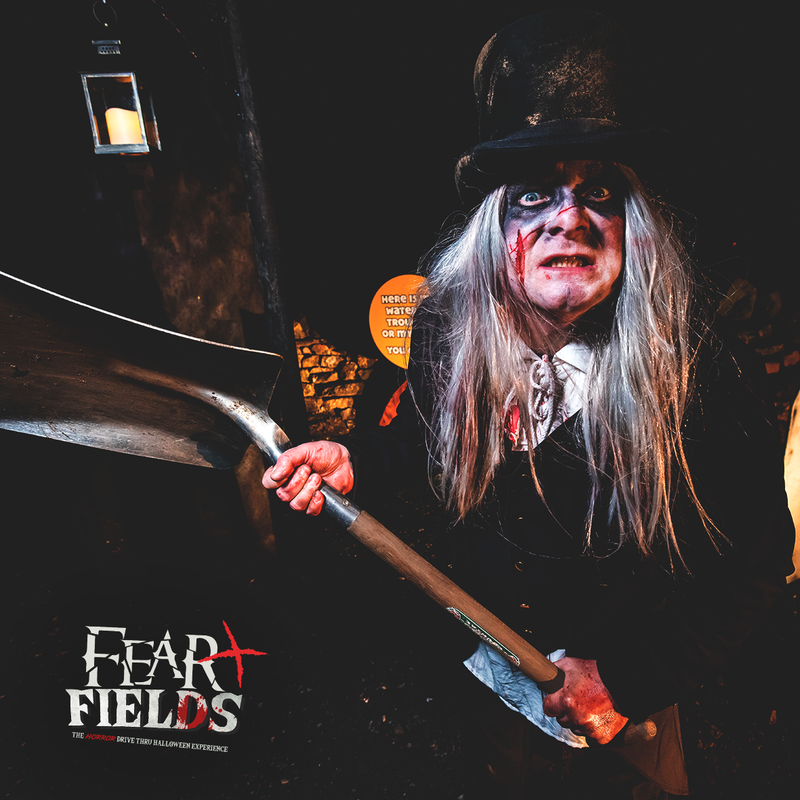 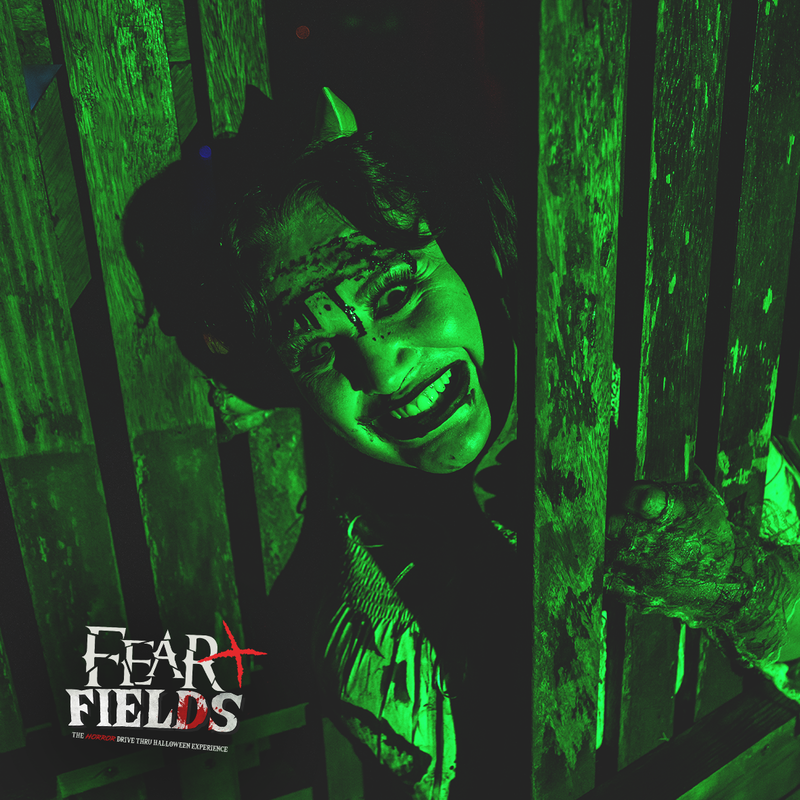 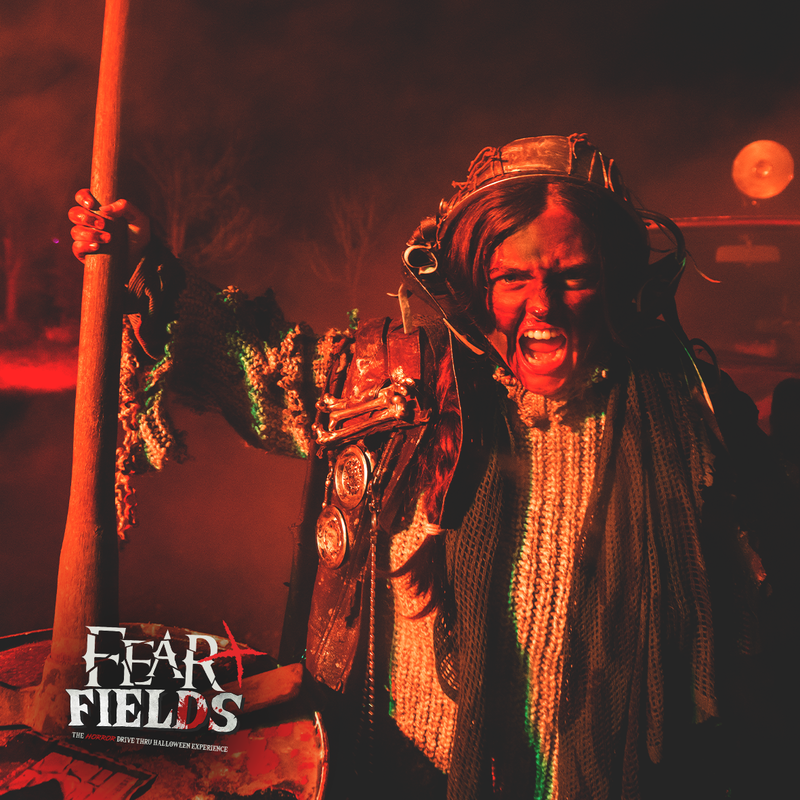 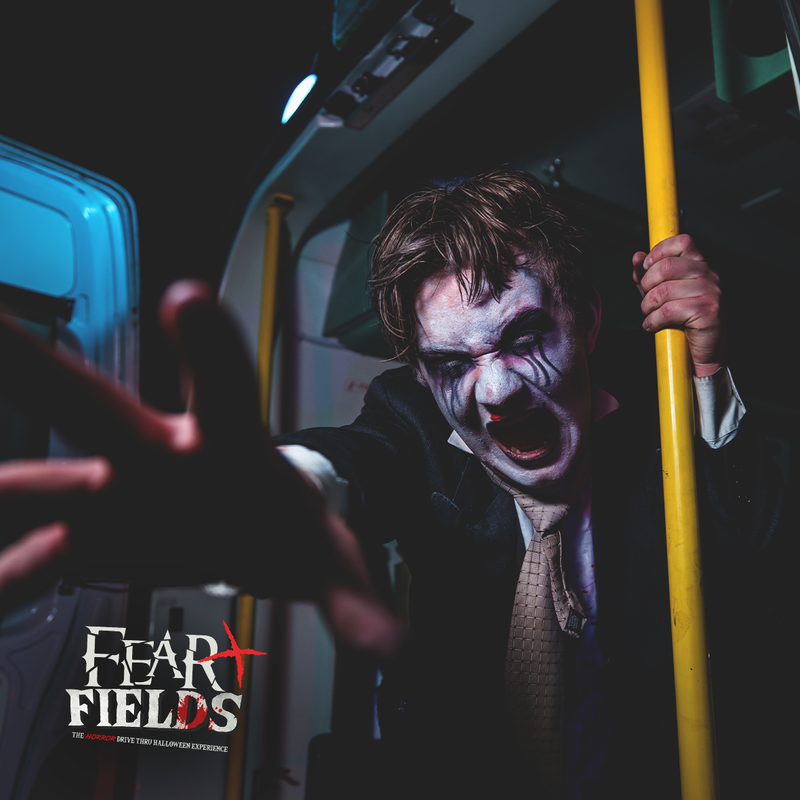 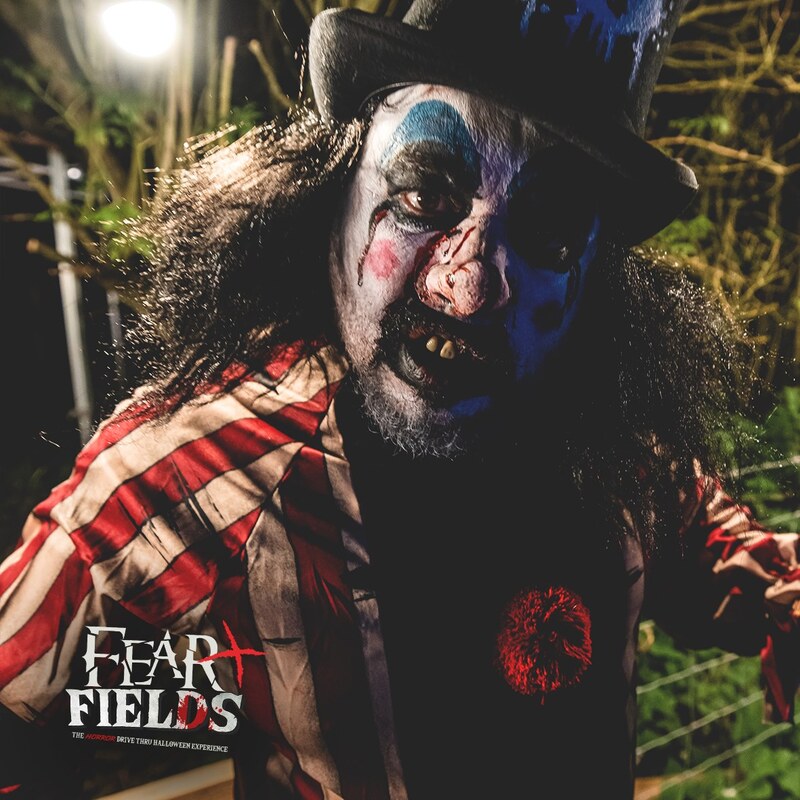 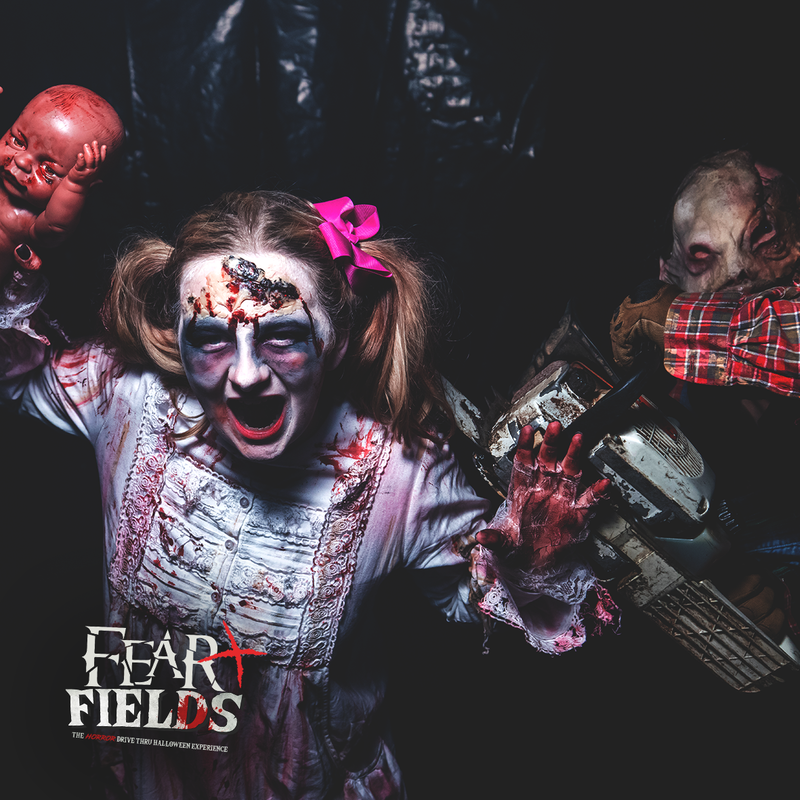